Generations of gay kids grew up loving musicals without expecting to ever see characters like themselves in one of them. Lately, that’s been changing: Proto-gay kids feature prominently in Fun Home and Billy Elliot, and shows about high school now routinely include LGBTQ teens in the mix (Mean Girls, Bring It On, Saved) or even in the lead (Bare, Zanna, Don’t!, Everybody’s Talking About Jamie). Joining this parade now, and twirling its baton high, is Trevor, a Valentine’s-candy heart of a message show about a “weird” boy in 1981 who loves Diana Ross but also loves—in a different way, as pubescence bangs at the door—a popular jock in his eight-grade class.

Trevor is adapted from Celeste Lecesne and Peggy Rajski's Oscar-winning 1994 short film of the same name, which inspired the 1998 creation of the Trevor Project, a suicide-prevention organization. As that history implies, the show takes a dark turn in the second act, after the other kids at school find out about the feelings that Trevor (Holden William Hagelberger) has been harboring for Pinky (Sammy Dell). In turning the story into a full-length musical, ​​librettist Dan Collins and composer Julianne Wick Davis (Southern Comfort) have expanded its focus to a wider view of the social dynamics at play in the bullying that Trevor endures. But the appeal of Trevor still rests on the flouncing shoulders of its young title character, who is onstage for the whole show.

Hagelberger, happily, is a plucky delight. Trevor is different from the other boys in his class: girlier, stockier, a bit less far into puberty. (The role is written in a mezzo-soprano range, while the other boys are tenors or bari-tenors.) “She’s got nice eyes,” he sings when his horndog friend Walter (Aryan Simhadri) shows him a photo of a girl in lingerie. “They go with her bra.” He is who he is, and in his own way, he’s a bit of a diva: When given the chance to direct the jocks in a musical number for the talent show, he becomes a showbiz taskmaster, drilling them to meet an artistic vision that looks like it was inspired by Liza Minnelli’s back-up dancers in The Act. But there’s a sweetness to his confidence; he’s just doing what Diana Ross (Yasmeen Sulieman)—who appears to him periodically—would do.

The familiar Ross hits that punctuate the score, including “Endless Love” and the theme from Mahogany, have the unfortunate effect of upstaging the musical’s serviceable original songs, whose tunes are fine delivery systems for the lyrics but rarely catch strong melodic wind. But the singer’s appearances, in amusing costumes by Mara Blumenfeld, pump up the nostalgia factor and give the show a valuable lift of fantasy. The production looks great overall, and goes by swiftly; director Marc Bruni and choreographer Josh Prince, who also collaborated on Beautiful: The Carole King Musical, keep everything moving at a rapid clip but give the emotional moments room to land. In the end, despite its painful corners and occasional missteps, Trevor is a joyful show—a show about finding joy enough where you can. It comes out nicely. 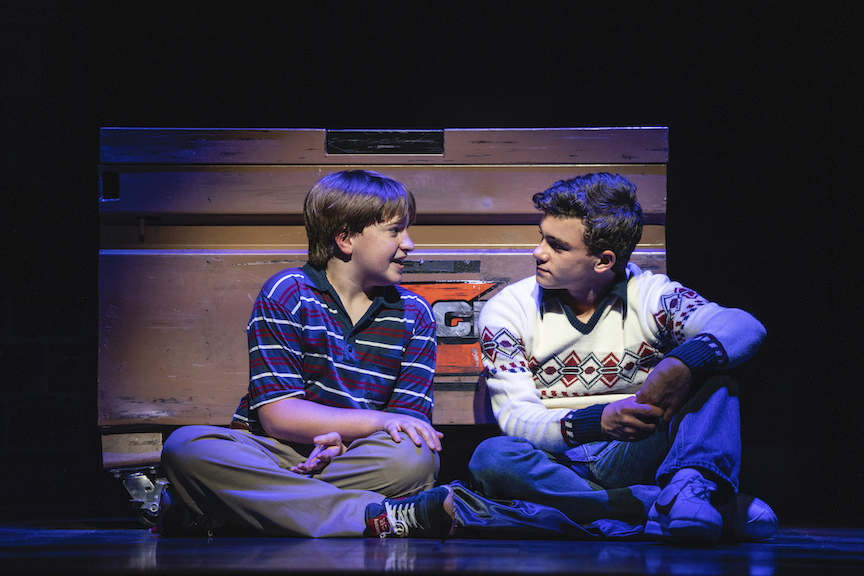