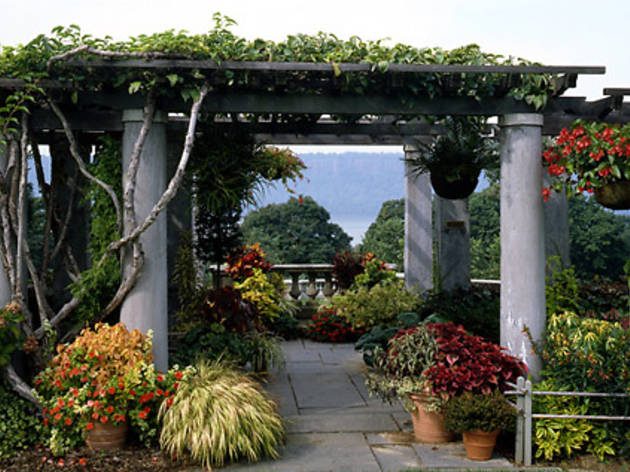 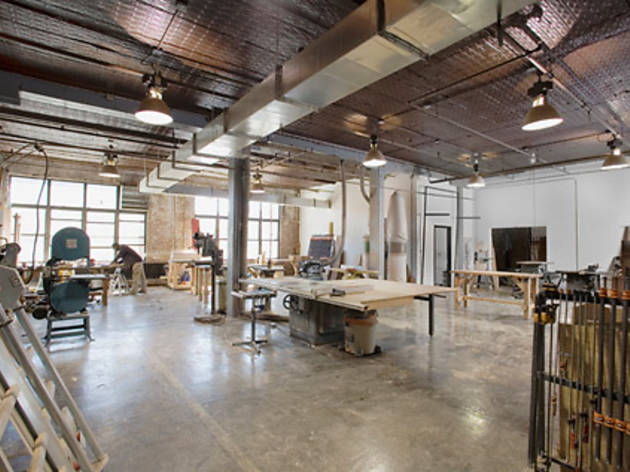 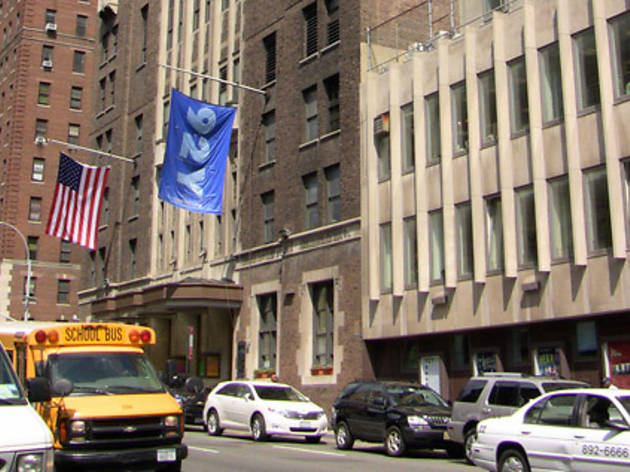 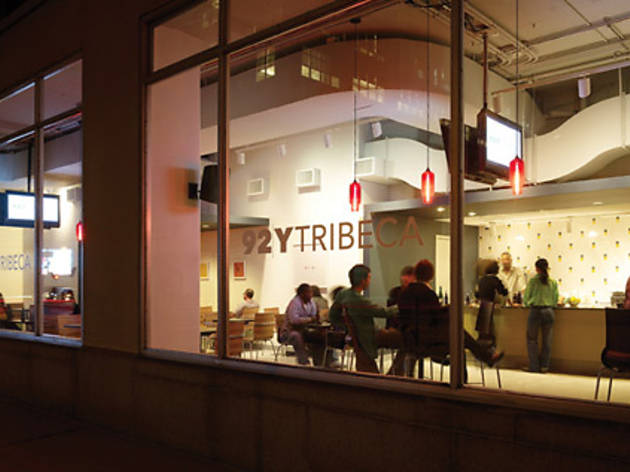 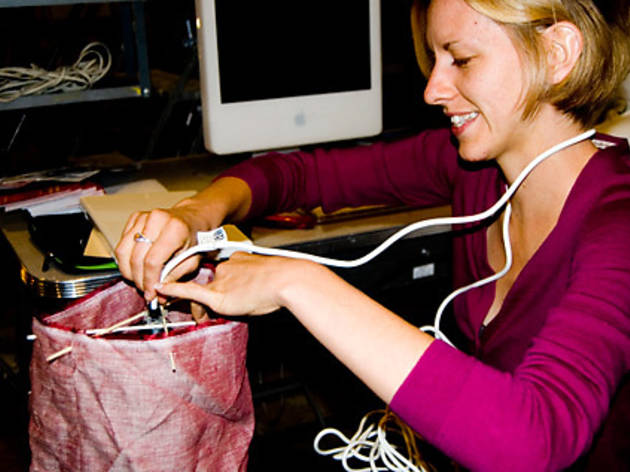 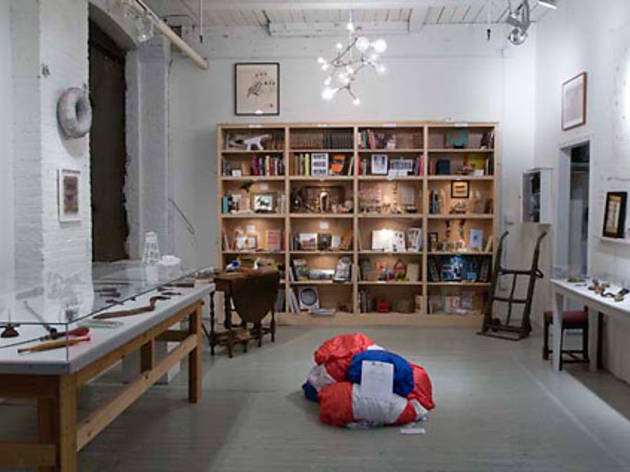 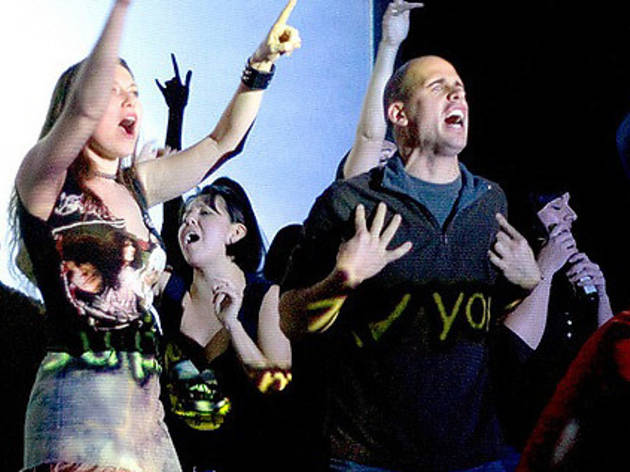 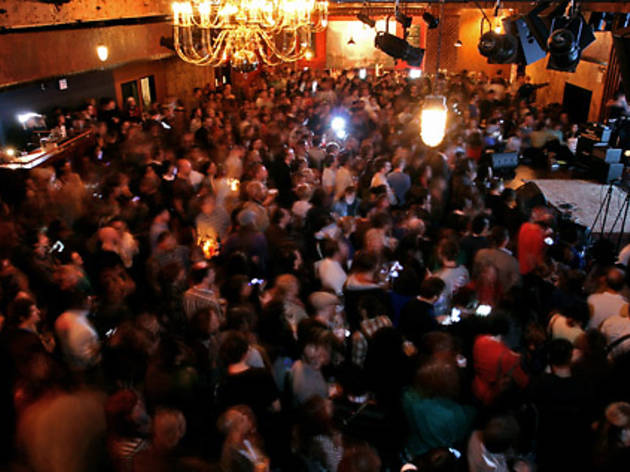 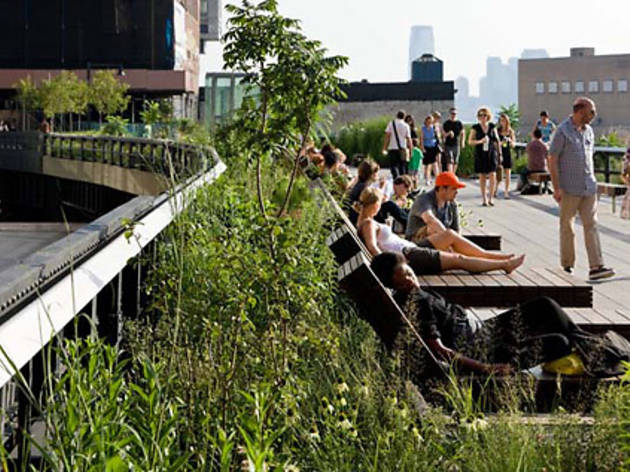 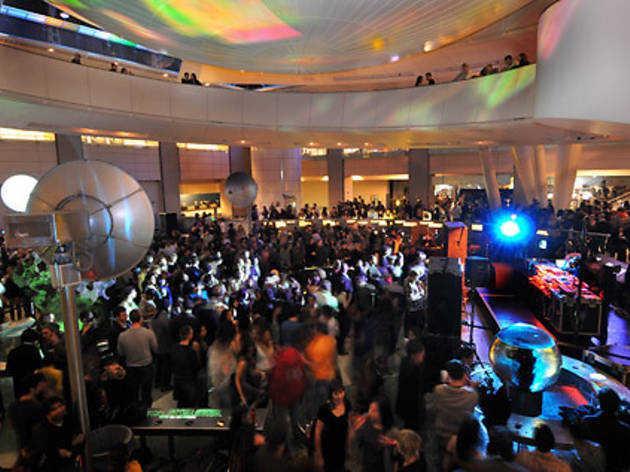 Brooklyn Botanic GardenHerb Garden
The Kings County institution, which celebrated its centennial this year, debuted a new iteration of its expansive Herb Garden over the summer—and it's especially lovely for those who crave solitude. Lose yourself in the 17,000-square-foot space, which features a variety of fruit, vegetable and herb plants from across the globe; as you amble through, you can pretend you're traversing your own private Eden.Brooklyn Botanic Garden, 900 Washington Ave at Eastern Pkwy, Prospect Heights, Brooklyn (718-623-7200, bbg.org). Through Mon 8: Tue--Fri 8am--6pm; Sat, Sun 10am--6pm. Beginning Tue 9: Tue--Fri 8am--4:30pm, Sat and Sun 10am--4:30pm. Prices vary.

New York Botanical Garden
Fragrant rose gardens, seasonal guided walks, brilliant fall foliage—no matter what time of year you head up to this verdant oasis in the Bronx, you'll find something that smells good, looks beautiful or hopefully both. No one will bother you if you want to spend the afternoon wandering the grounds and quietly staring at a bunch of chrysanthemums. When the blooms fade, talk a chilly walk in the sun or linger in front of the the intricate Holiday Train Show (Nov 20--Jan 9). Bronx River Pwky at Fordham Rd, Bronx (718-817-8700, nybg.org).Tue--Sun 10am--6pm. $1--$6.

Queens Museum of Art
Getting to Flushing Meadows Corona Park may be a minor schlep, but it's well worth it to take in the holdings of this diverse cultural institution. In addition to its famed New York City panorama—a detailed, 9,335-square-foot version of our fair metropolis—it welcomes thought-provoking contemporary art exhibitions on a regular basis. The QMA's upcoming show, titled "Structure has a life with personality," opens November 14 and culls some of the museum's most intriguing works from artists including Cuban painter Emilio Sanchez and British photographer Anthony Auerbach. New York City Building, 111th St at 49th Ave, Flushing Meadows Corona Park, Queens (718-592-9700, queensmuseum.org). Wed--Sun noon--6pm. Suggested donation $2.50--$5.

Wave Hill
This 28-acre public garden and cultural center in the Bronx is dotted with rustic benches, gorgeous wildflowers and wooded pathways. Take a walk through the faux-country, or just recline in a comfy Adirondack chair and gawk at the majestic view of the Hudson River and the blaze of autumnal color along the New Jersey Palisades. Wave Hill, Independence Ave at 249th St, Bronx (718-549-3200, wavehill.org). Through Apr 14: Tue--Sun 9am--4:30pm. April 15--Oct 14: Tue--Sun 9am--5:30pm. $8, seniors and students $4, children $2, members and children under 6 free.

The High Line
After the stretch of disused elevated rail tracks that run along Tenth Avenue was transformed into a public park in 2009, it quickly became one of Manhattan's most serene spots. As you ascend the stairs toward manicured gardens, sculptural seating and a panorama of the Hudson, you'll soon forget you had to elbow your way down the Meatpacking District's crowded streets to get there. Enter at Gansevoort St, 14th St, 16th St, 18th St or 20th St and Tenth Ave (212-500-6035, thehighline.org). Daily 7am--10pm, free.

Brooklyn Brainery
We're always looking to learn new things from a real person instead of the Internet, but there are mitigating factors—time, money, college flashbacks. The Brooklyn Brainery is changing that, with a bevy of lessons for the intellectually curious. Classes have covered topics as wide-ranging as lamp-making, knife skills and the history of tea. The commitment level is perfect for busy New Yorkers, with each session spread out over one to three nights. Gowanus Studio Space, 166 7th St between Second and Third Aves, Gowanus, Brooklyn (brooklynbrainery.com). $15--$35.

3rd Ward
Since it opened in 2006, 3rd Ward has established itself as one of the city's most vital spaces, acting as a hub for Brooklyn's artistic community. Anyone who becomes a member can take advantage of the photo studios and other facilities, or indulge in classes (like furniture design and stop-motion animation) to spark the creative juices. Stop by for one of the space's weekly events, like Drink 'n' Draw (a live figure-drawing class with booze ($10--$15), to experience the space at its best. 195 Morgan Ave between Meadow and Stagg Sts, Williamsburg, Brooklyn (718-715-4961, 3rdward.com)

Michael Austin's sing-along events
Nostalgia is all the rage these days, and there are few better places to indulge in it than at Michael Austin's semiregular sing-along parties. Think of it as collective karaoke: Austin plans out a playlist, usually inspired by a particular theme (like Prince or the 1990s), syncs it to videos of the songs he's chosen, and lets the audience belt themselves hoarse. You'll be surprised at how well you remember the lyrics to "Baby Got Back" with very little prompting. Legion, 790 Metropolitan Ave at Humboldt St, Williamsburg, Brooklyn (718-387-3797). Upcoming events: Nov 5 and Dec 10.

Rubulad
The artists behind these legendary parties were dealt a blow over the summer, when they were evicted from the Bed-Stuy space that they'd called home for the past decade or so. But Rubulad lives on, recently teaming up with Gemini & Scorpio for a warehouse bash in Brooklyn. True to form, the parties remain as difficult as ever to find if you're not already in the know, but they're worth seeking out, if only to say that you've been.

Underground Rebel Bingo
URB creators James Flames and Freddie Fortune used to throw parties in an old church hall, and this down and dirty game night is unlike any you've ever experienced. Some version of bingo is played over the course of the evening, but the rules are...well, there really aren't rules. You drink a lot, mingle with your fellow partygoers, and follow the instructions shouted out by hosts Luki Luki and Anita Win (who manage to make those directives rather dirty). By the end of the evening, you might score a prize. Or you might end up with obscene words written on your arms. (It happens.) For details on upcoming events, visit rebelbingo.com.

Gemini and Scorpio Presents Swing House parties
Whether it's a dance party in a Russian bathhouse or a Jazz Age--inspired shindig at a Brooklyn loft, party planners Gemini & Scorpio always manage to create events that simultaneously evoke the past and feel incredibly current. And there's plenty to see at each fete: A typical lineup may include a brass band, trapeze acts and burlesque dancers. For details on upcoming events, visit geminiandscorpio.com. Upcoming events: Steamy Dance Night at the Russians Baths, Nov 12.

Winkel & Balktick parties
You never know what's in store at a Winkel & Balktick party: Each shindig takes place in a gigantic warehouse and revolves around a particular theme—past parties have celebrated a campfire and China's ancient Forbidden City. The themes are never the same, but you can always expect to find crowds in elaborate costumes, bizarre art installations (their New Year's Eve party last year featured a mystical glowing inflatable pyramid) and other quirky delights. For details on upcoming events, visit wandbnyc.com.

92nd Street Y and 92YTribeca
The 92nd Street Y has been a New York City institution since it was founded in 1874; its downtown counterpart, which recently celebrated its second anniversary, caters to a younger, hipper crowd. But we dig the eclectic programming at both—you can hit a lecture with political analysts on the Upper East Side before traveling to Tribeca for a storytelling event. 92nd Street Y, 1395 Lexington Ave at 92nd St (212-415-5500, 92y.org) * 92YTribeca, 200 Hudson St at Canal St (212-601-1000, 92ytribeca.org)

Brooklyn Bridge Park
What was once a mere pipe dream—bogged down by issues of funding and existential questions about how the parkland should be used—became a reality this year, when this massive new green space opened to the public. Additional sections are set to open along the East River in the next few years—including Empire--Fulton Ferry Park, which will include a refurbished 1922 carousel—but for now, we enjoy chilling on the massive steps at Pier 1 and gaping at the Manhattan skyline. Brooklyn Bridge Park, Pier 1 (2 Old Fulton St at Furman St), Pier 6 (Furman St at Atlantic Ave), Main Street Lot (1 Main St at Plymouth St) and Fulton Ferry Landing (Old Fulton St at the waterfront); brooklynbridgepark.org. Daily 6am--1am.

The Bell House
You'd never guess that a desolate side street in Gowanus would be home to such an excellent venue; but in just two years, the Bell House has made a name for itself with its carefully curated events, including excellent live-music bookings and pop-culture-inspired parties. Don't leave without trying one of the specialty cocktails—we like the Surfer Rosa, which mixes vodka, cranberry and lime juices, and seltzer. 149 7th St between Second and Third Aves, Gowanus, Brooklyn (718-643-6510, thebellhouseny.com)

One Step Beyond
The American Museum of Natural History gets a serious dose of cool each month thanks to this party, presented with The Fader and featuring an eclectic lineup of guest DJs and performers (members of Animal Collective and Passion Pit have manned the decks). American Museum of Natural History, Central Park West at 79th St (212-769-5200, amnh.org). $25. Nov 12: DJs Spoek Mathambo with Rainbow Arabia and Activaire.

5Pointz Aerosol Art Center
Located just down the street from venerable contemporary-art hub MoMA PS1, outdoor graffiti museum 5Pointz hammers home the idea that the beauty and grit of New York City isn't always found in conventional places. Many people come here on their way to MoMA's popular Warm Up parties during the summer, but the space is well worth visits in its own right: Nearly every inch of this five-story, 200,000-square-foot factory's exterior has been covered and re-covered in murals by a rotating cast of artists—each of whom is required to submit work and obtain permits before the painting begins. You can call ahead to arrange a guided tour, or just show up, crane your neck, pull out your camera and gawk. 45-46 Davis St at Jackson Ave, Long Island City, Queens (317-219-2685, 5ptz.com). Weekdays by appointment, weekends noon--7pm.