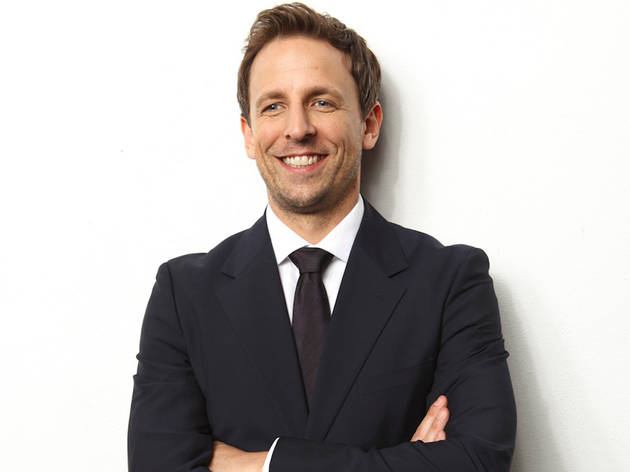 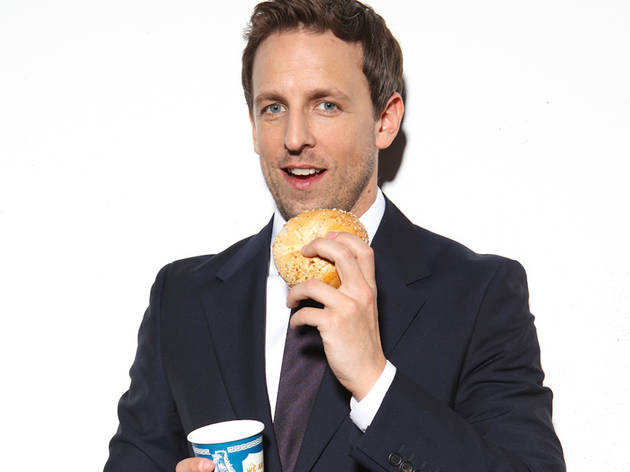 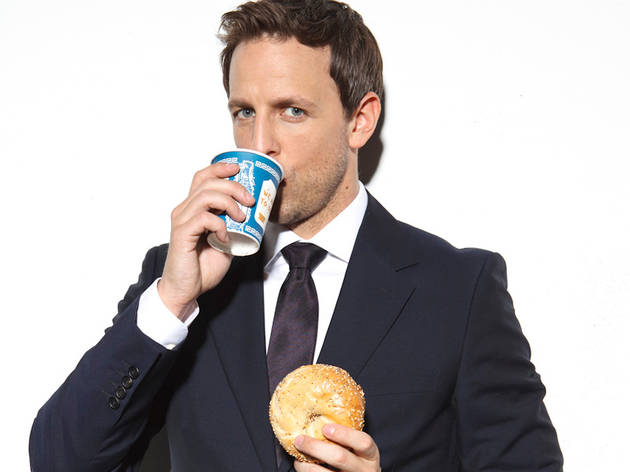 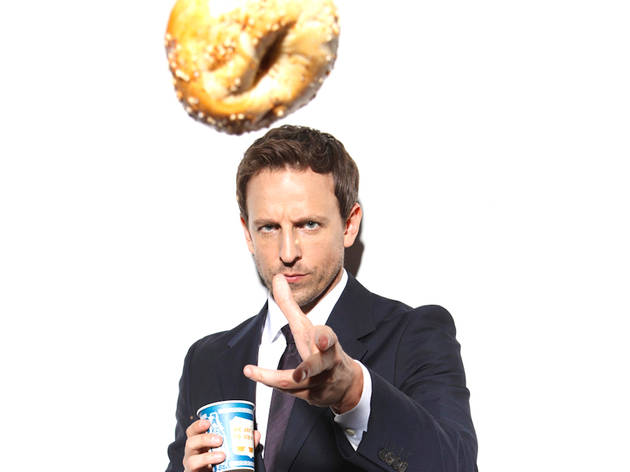 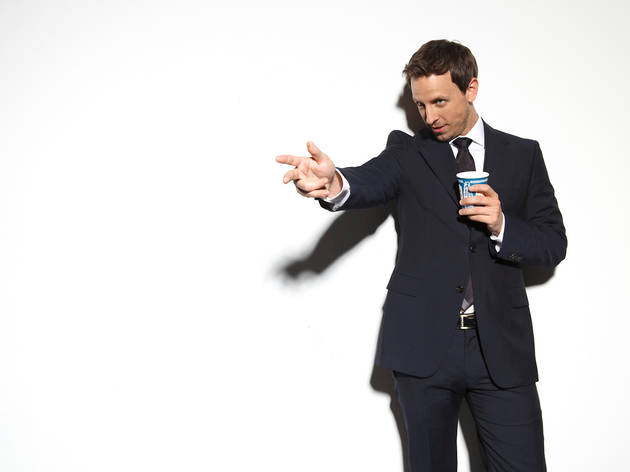 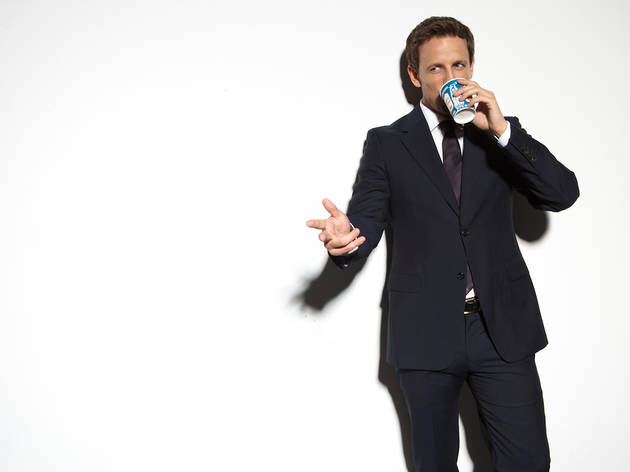 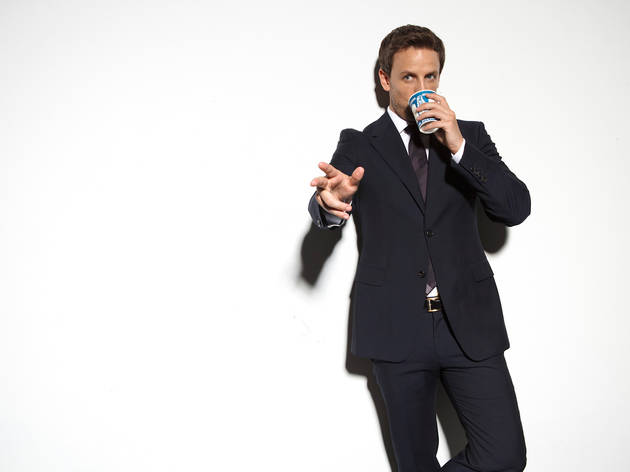 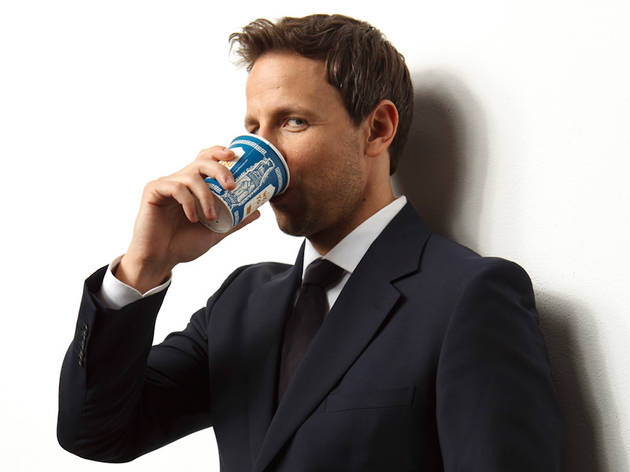 Seth Meyers boasts one of the longest tenures in the history of Saturday Night Live, between his initial stint as a cast member and, now, his post as the show’s head writer and Weekend Update anchor. He’s dabbled in film (New Year’s Eve, I Don’t Know How She Does It), landed some high-profile gigs—hosting the ESPYs and appearing at the 2011 White House Correspondents’ Association dinner—and pursued stand-up here and there. Still, even after 12 years, the wry, affable Meyers remains loyal to SNL and his “dream city.”

You came here after living in Chicago and Amsterdam. How did New York compare?
I feel like I got the order right. I love those two cities a lot, but I think there’s a reason everybody says New York is the best city in America.

What’s one of the New York social peccadillos you’d like to see corrected?
I will say it’s very interesting working at 30 Rock during the holidays, because there are so many tourists there. New Yorkers get desensitized to not just the tree, but the scope and size of the buildings. But it’s important for us, as New Yorkers, to recognize that tourists’ minds are blown. It’s not their fault they’re walking around with their heads up.

That’s a very generous piece of constructive criticism.
Look, I am aware I’m being polite and not true to myself. I know that I’m a fucking monster when I see them. I just know that I can’t change, and so I think it’d be better if everybody else did. [Laughs]

One of my first days here, someone pointed at a puddle on the sidewalk and told me, “If it looks like urine, it probably is,” which is true and has always stayed with me. Do you have any New York maxims?
There’s no reason, ever, for a pedestrian to stop at a light. You should just keep triangulating to get closer to where you’re going, and any time you are stopped at a stoplight, it’s foolishness.

When you started at SNL, was there a place you frequented with cast members?
Amy [Poehler] and I stumbled on a bar in the West Village called Dublin 6. That place became the sun we all rotated around.

In addition to working together on Weekend Update, I know you and Amy became really close friends. Can you think of an early memory that made you think, Oh, this is going to be something?
We started together on the same day and we just hit it off right away. On our fourth show, we did this scene called “Little Sleuths”—they were like Encyclopedia Brown solving real murders—and we thought it was going to be this big franchise and were already seeing the Little Sleuths action figures in the NBC Experience Store. It got cut from dress, like, five times and it never aired again. We always said that the one case the Little Sleuths couldn’t solve is what the fuck happened to the Little Sleuths.

You perform in ASSSCAT 3000 at the Upright Citizens Brigade Theatre sometimes, but are there other places you see comedy?
Sometimes I’ll go to the Cellar to see [SNL writer] John Mulaney or my friend Neal Brennan. It’s primarily that and the UCBT. I’ve also done Seth Herzog’s show [Sweet] a few times; I think what he does with it is really great.

Given how much time you spend concocting jokes from headlines, is it possible for you to watch or read the news without looking for the hook in the story?
Yeah, because if it’s not giving me the sense that it would be a good joke, it’s making me really angry. The nice thing about anger is that, as an emotion, it’s strong enough to unplug me from the comedian’s mind for a minute and just be a frustrated member of the citizenry. The problem with that is writing angry for our show never really works.

Why is that?
When we write sketches with politicians, the audience can sense when someone doesn’t like the person they’re playing; it’s less fun if it feels like you’re going after them. I think comedy on our show works like judo; you have to use a person’s momentum against them. Certainly I feel like that was the case with Tina [Fey]’s Sarah Palin. We tried to keep it light and silly, and let our audience get angry about it.

NEXT
Seth Meyers on Stefon and Donald Trump

Now that you and Stefon, Bill Hader’s nightlife-obsessed character, have smooched publicly, will it be weird between you two?
You have to realize America is only seeing my relationship with Stefon from the waist up. For them, the kiss was a big deal; for us, it was nothing. That was some Jane Austen shit compared to what’s going on underneath the desk.

Do you think your next career move will provide the sort of rush SNL does?
Unless the Navy SEALs are next for me—which I have to assume, given everything I’ve read about the Navy SEALs, that I’m not cut out for—whatever I do next will be boring. I can’t do SNL forever, but it’s thrilling. No matter how many times you’re successful, you never get used to that moment on Saturday morning when you still have things to pull together. Sometimes you’ll think, Oh, this is the week it all falls apart.

Is it an addiction?
It is, to some degree. The last few years, so many recent alumni like Tina [Fey] and Jimmy [Fallon] have come back and hosted, and it’s been fascinating to see the show through their eyes. Even if you’re away from it for a week, you come back and it seems completely insane.

You mention you don’t think you can do it forever. Is that based on the fact that…
No one’s done it forever? But also, the schedule is dumb. And at some point, people seem to be drawn to having families and moving out to cities that have more space and backyards.

In the clips I’ve seen, you seem very at home doing stand-up.
If you watch SNL, you know I was so bad at characters that they put me behind a desk and said, “We’re going to give you one suit and one tie, and you’re staying put.” As a performer with an incredibly limited range, stand-up works really well for me because the only thing the audience expects from you is to be yourself.

At the 2011 White House Correspondents’ Dinner, you came across as very well composed, but how nerve-racking was it, really?
The most nerve-racked I’ve ever been. The hardest thing was having dinner with the First Lady for 90 minutes, when normally before a show, I would like to be pacing backstage.

Donald Trump’s response to his roasting was delightfully curmudgeonly.
My greatest experience as a New Yorker is being on that guy’s shit list. Unless I accomplish something better, it’s probably going on my tombstone: “Trump called him a third-rate comedian.” The other great thing is that he keeps bringing people’s attention to it by talking about it.

What zingers have you crafted for your next encounter?
I feel very good about the job I did that night and I’m very happy to let that live on, but I’m being noble. The code of a ninja assassin is to kill someone only once.