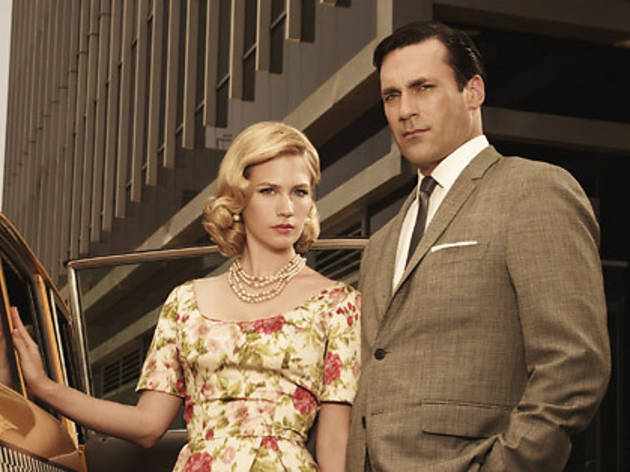 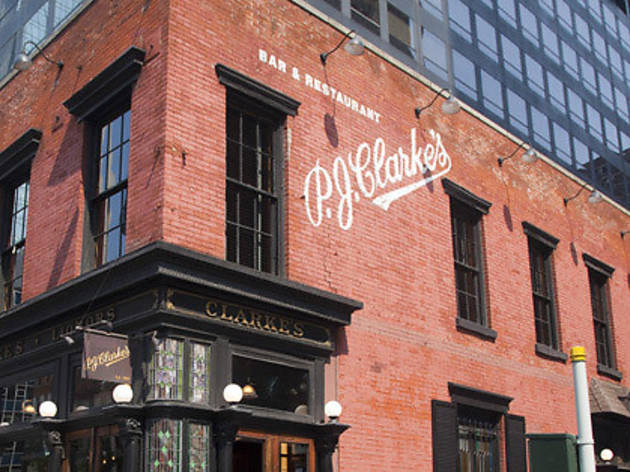 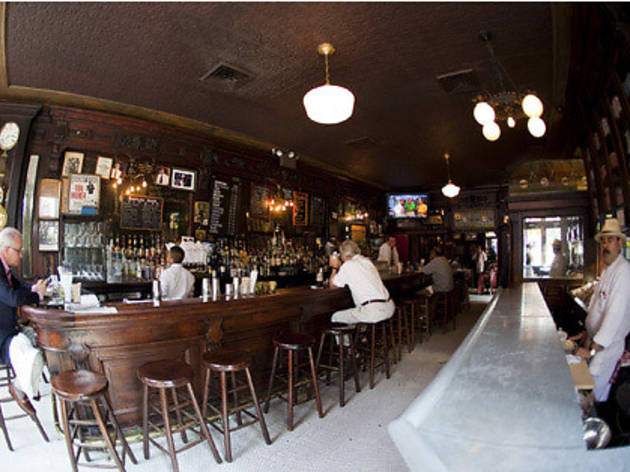 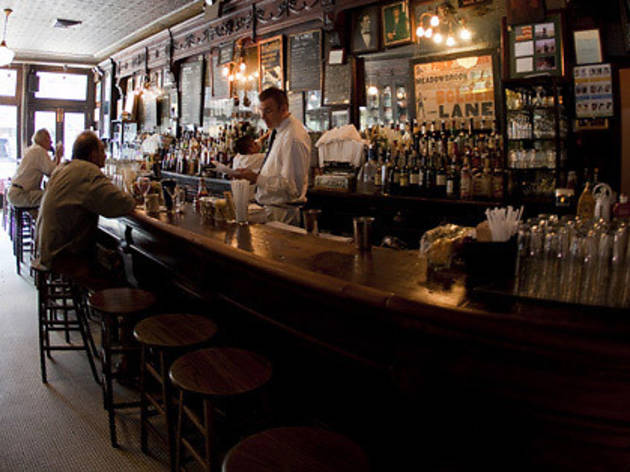 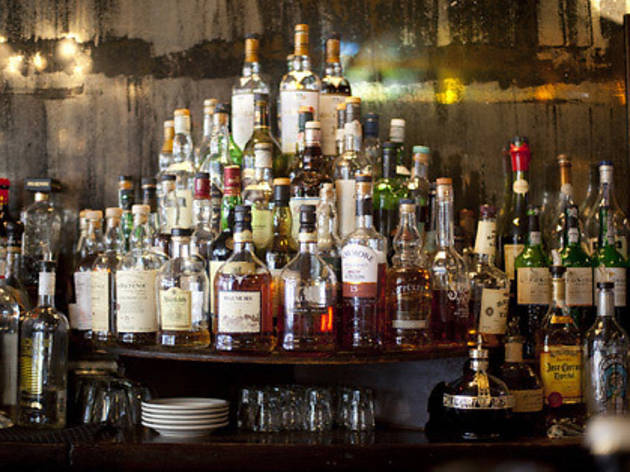 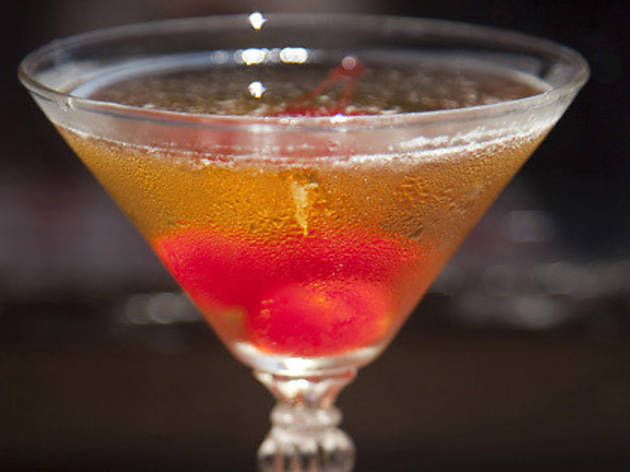 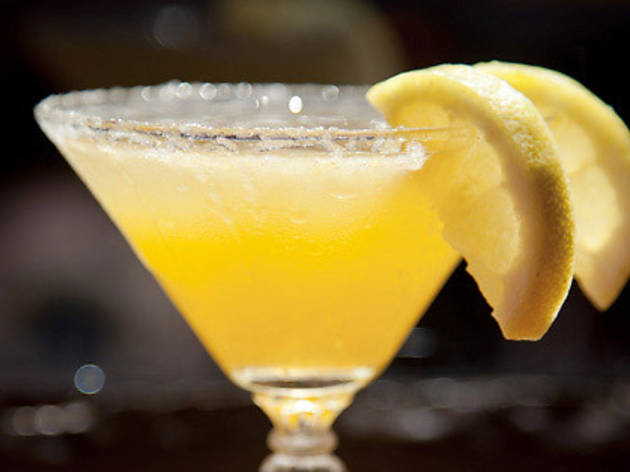 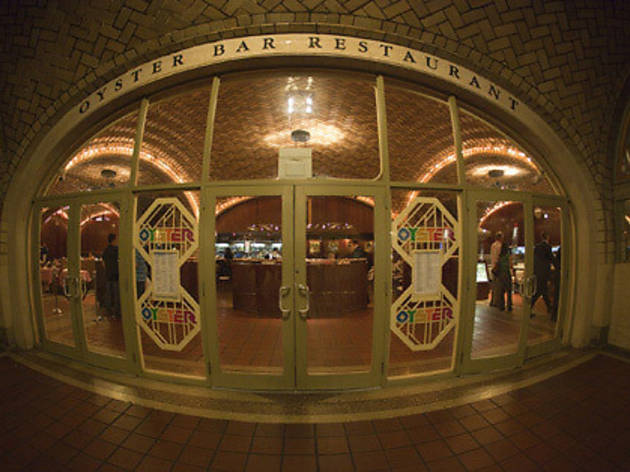 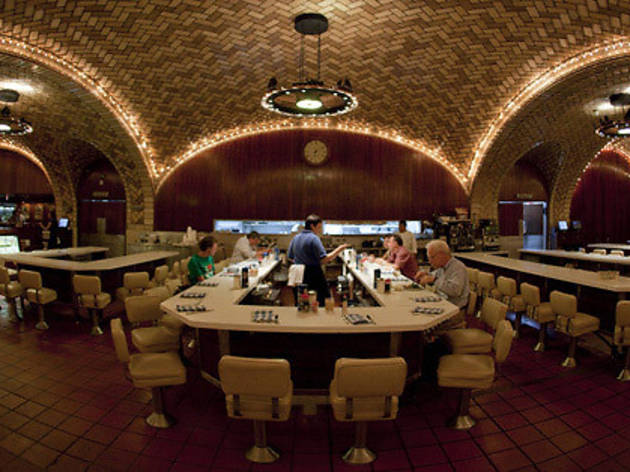 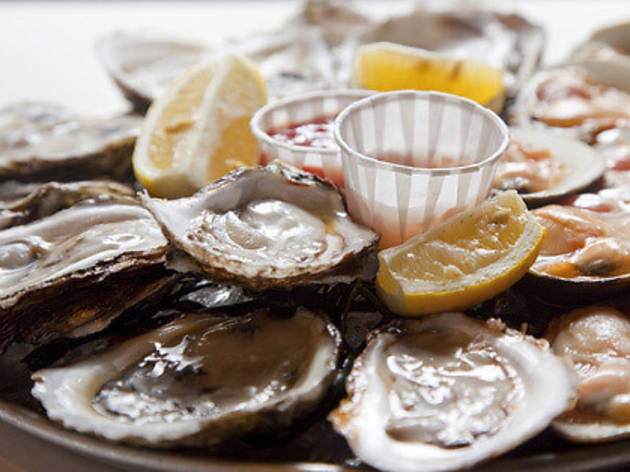 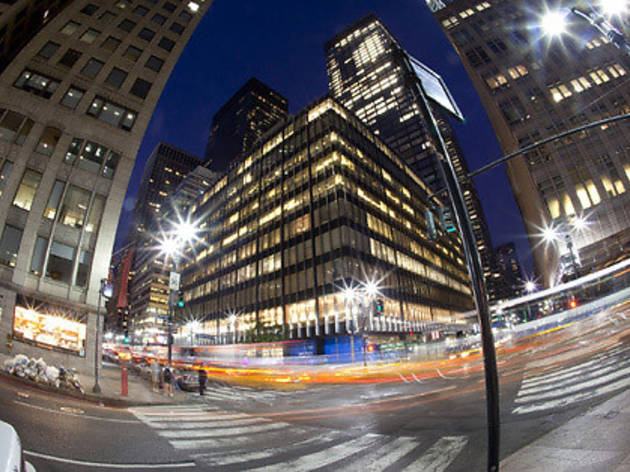 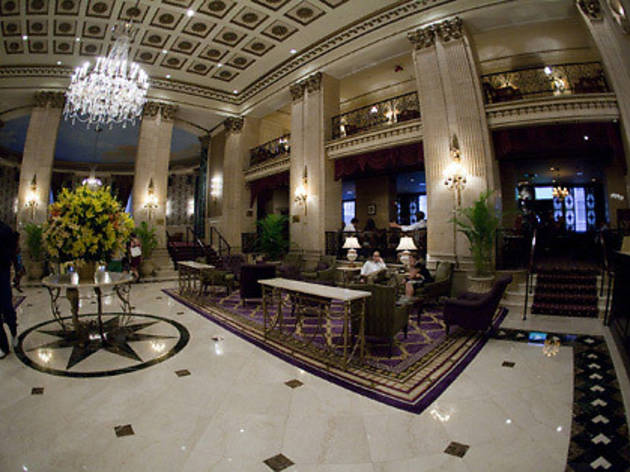 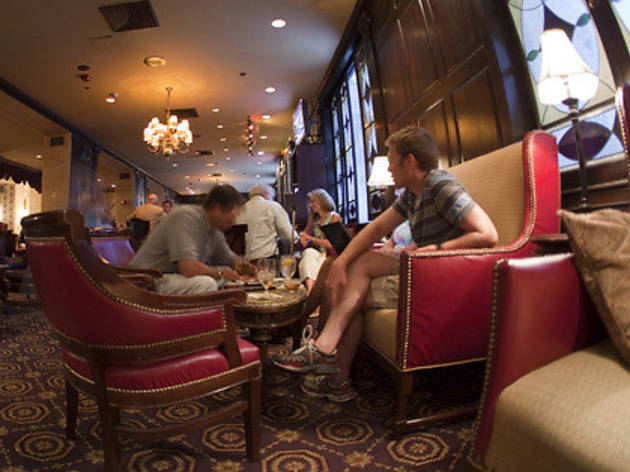 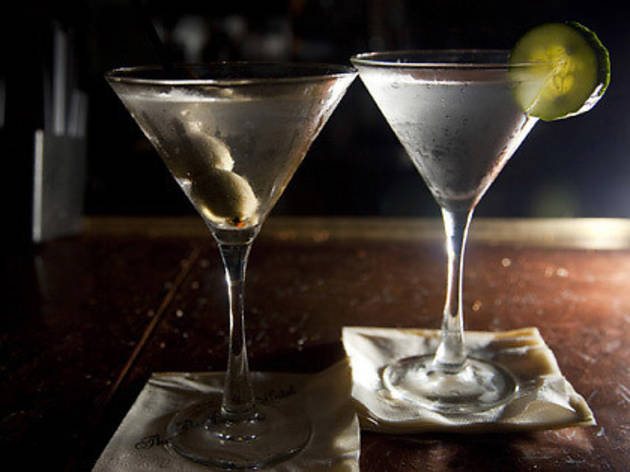 1 Suit up! You can't be a Mad Man without the sartorial flair of a gray flannel suit and a skinny tie, so start your transformation at Bloomingdale's (1000 Third Ave between 59th and 60th Sts, 212-705-2000). A suit will cost about $700, plus another $150 for a Burberry slim tie. Expensive, but if you buy it, you better keep it: When the so-smarmy-you-root-for-him Pete Campbell returned a chip 'n' dip here in season one, it cost him his sense of manhood.

2 Next, head to the newsstand and buy a pack of Lucky Strikes, Don Draper's cigarette of choice. Emphysema never looked so dapper! With the smoking comes the drinking, so stop by P.J. Clarke's (915 Third Ave between 55th and 56th Sts, 212-317-1616), where the younger Sterling Cooperites celebrated Peggy's writing achievement. Take a few drags before entering the bar (Don would be horrified to know you can't smoke indoors anymore), then order an old-fashioned drink like a Tom Collins or a Manhattan, and try not to make a face when you imbibe the strong libation. Really makes you appreciate modern mixers like Red Bull and Gatorade.

3 The '60s social revolution is just down the road, about to storm through the lives of tidy admen such as Don Draper. Luckily, the art work that buttressed this impending cultural upheaval is right down the road too, at the Museum of Modern Art (11 W 53rd St between Fifth and Sixth Aves, 212-708-9400). Browse staples of the early '60s like Photorealism and Andy Warhol's Pop paintings, which more or less prove what you've been saying for years: Advertising is an art form.

4 By now it would be wise to stop by the office before Roger Sterling and Bertram Cooper get suspicious. You'll be dressed for success when you step into the lobby of the fictional Sterling Cooper offices at 405 Madison Avenue (between 47th and 48th Sts)—good thing you wore that suit! Unfortunately, you probably won't be seeing any Joan Holloway body doubles.

5 Grab dinner at the Grand Central Oyster Bar (89 E 42nd St at Park Ave, 212-490-6650), where you can re-create one of the series's (many) iconic scenes—Don dupes boss Roger into a virtual clam-eating/vodka-drinking contest before Roger famously vomits in front of clients. Lesson? Never hit on Don's wife. So sidle up to a red-and-white-clad table and dine on some of the city's freshest oysters. They shouldn't leave you with an upset stomach, but the third round of martinis might.

6 Next, it's the Roosevelt Hotel (45 E 45th St at Madison Ave, 212-661-9600)—site of Salvatore Romano's homoerotic crisis, and Don's crash pad after Betty kicked him out. Hop into the Madison Club Lounge for (you guessed it) more drinks. For now, ditch the vile swill of yore and support the firm's new client by ordering a round of Heinekens.

7 Now we forge ahead to the Village—the heart of the budding revolution and thus enemy territory for a suit like you—to meet up with your bohemian mistress. Hop in a cab (you can tell her you walked all the way from Madison Avenue) and meet her at Three Lives Bookstore (154 W 10th St at Waverly Pl, 212-741-2069). After all, advertising isn't just about glitz and manipulation. It's heady and literary, too, which is why Mad Men sneaks in references to writers like Frank O'Hara, D.H. Lawrence, William Faulkner and Ayn Rand. Peruse this welcoming store's shelves for some ad-copy inspiration, then gird your loins for the nightcap.

8 Don's free-loving mistress and her beau once dragged him into the prehippie staple the Gaslight Caf. Unfortunately, the beatnik haunt where Bob Dylan cut his teeth closed in 1971. Forgo the similar Caf Wha? next door—it's a tourist trap—and instead go southeast to The Bitter End (147 Bleecker St between La Guardia Pl and Thompson St, 212-673-7030). Founded a few years after the Gaslight (and also frequented by a young Dylan), the Bitter End still features nightly live music that, if you're really drunk and really serious about seeing the world like a Mad Man, might just sound like the oncoming counterculture.

9 And now for the real bitter end. Finish the night at Le Royale (21 Seventh Ave South at Leroy St, 212-463-0700), the '60s-themed hipster club with top-shelf liquor, silk-screened walls and high-end decor. Just make sure you go in with Don Draper's trademark cynicism and a strong sense of irony. Because if you don't, you may feel the urge to go all Draper-on-Barrett on some unlucky trendster. [Editor's note: Le Royale is temporarily closed, so call before you go.]