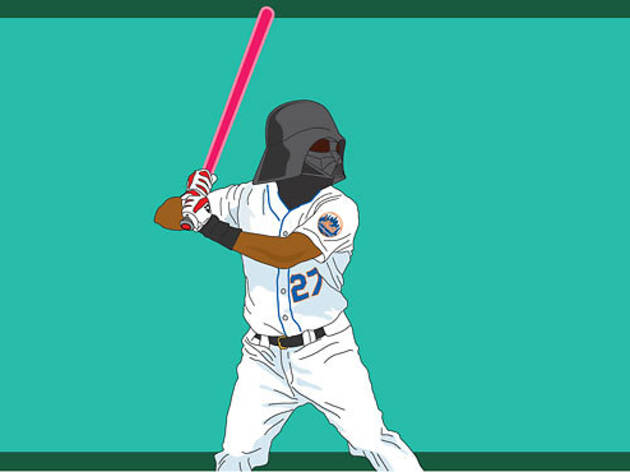 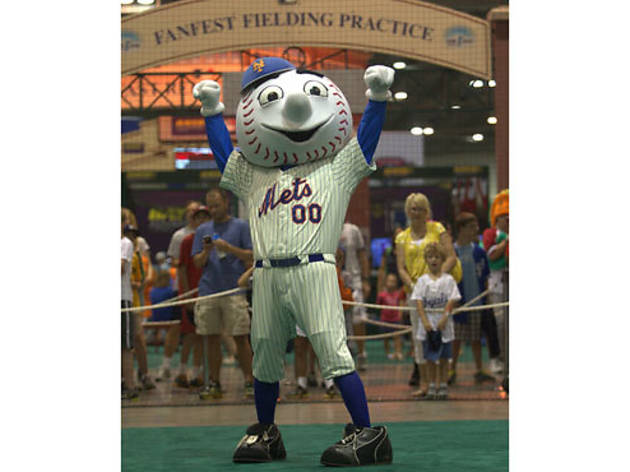 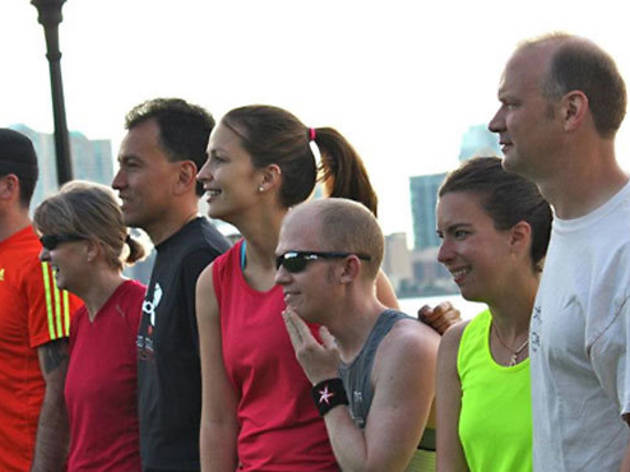 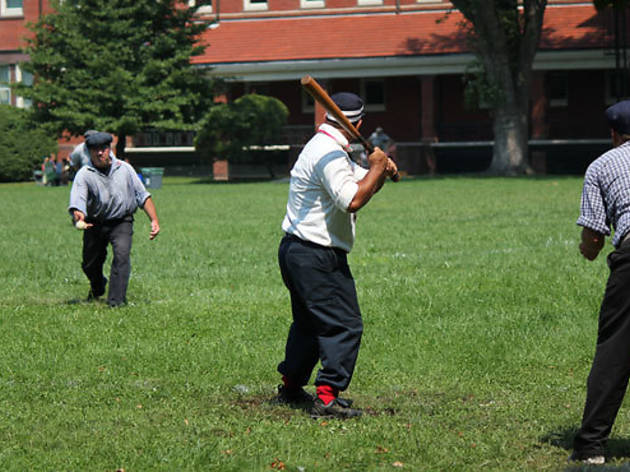 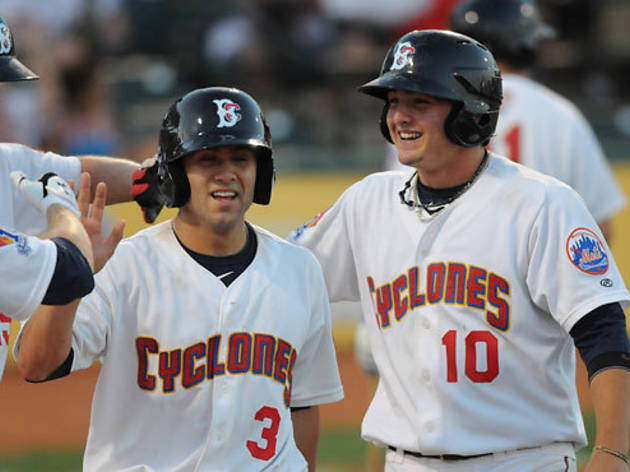 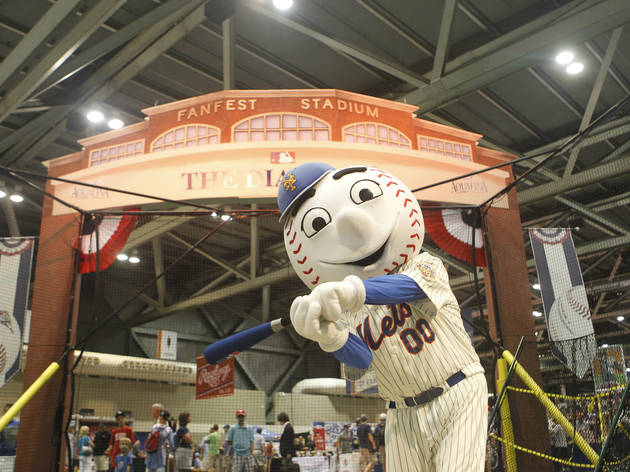 Meet retired Met greats Mookie Wilson, John Franco and Edgardo Alfonzo at the weeklong T-Mobile All-Star Fan Fest (Jacob K. Javits Convention Center, 655 W 34th St at Eleventh Ave; allstargame.com; Fri 12–Mon 15 9am–8pm, Tue 16 9am–6pm; $30–$35). Work on your swing or pitch at instructional clinics with Andre Dawson and other top sluggers, gawk at Hall of Fame exhibits (including Tom Seaver–worn cleats and a record-breaking Mike Piazza home-run bat), or queue up for autographs from the likes of eccentric ex–Mets reliever Turk Wendell and pitching phenom “Doc” Gooden. In case you miss John Franco at Fan Fest, the all-time Mets saves leader will also be participating in the 5K and Fun-Run for Sandy Relief (Prospect Park, Nethermead, enter at Prospect Park Southwest at 16th St; allstargame.com; Sat 13 at 8am; $30–$35). Anyone can take part by registering online by Thursday 11; top fund-raisers (hey, you never know) will have a chance to compete in the Celebrity Softball Game on Sunday 14, or throw out the Home Run Derby first pitch on Monday 15. 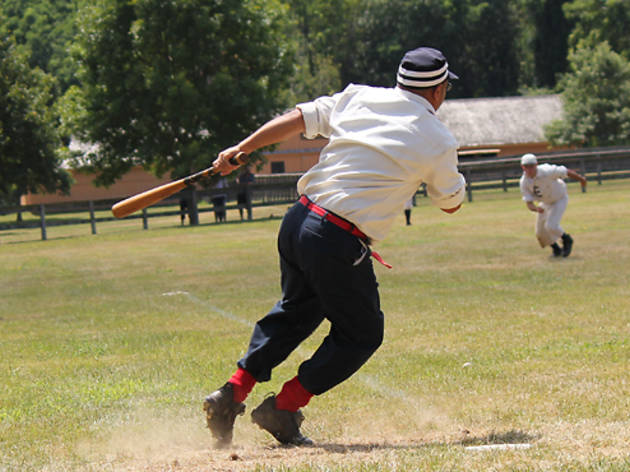 New York fans are rightly lauded as passionate and informed, but there’s always more to learn about our national pastime’s history. The Mid-Atlantic Vintage Baseball League (MAVBBL) comprises clubs from the Empire State through Virginia who celebrate the sport’s mid-19th-century roots. New York lays claim to four squads: the New York Gothams, Brooklyn Atlantics, New York Mutuals and Brooklyn Eckfords. The league organizes fixtures played according to 1800s rules; some of the old-school guidelines include no gloves, balls caught on bounces for outs and a mound significantly closer to home plate, all of which made for a faster-paced, if somewhat more injury-prone nine innings back in the day. Players wear classic, baggy wool-and-flannel uniforms and educate spectators about how the sport has evolved. For instance, attendees at New York Gothams home games on Governors Island can ask questions and touch the equipment, and in some cases even wear one of those stifling jerseys and get on the field. So while the Mets and Yankees won’t face off again this season, you can still experience some throwback rivalries when the Gothams take on both the New York Mutuals (July 27 noon) and the Brooklyn Atlantics (Aug 24 noon). Locations and times vary, visit mavbbl.com for details. Free; through Nov 2. 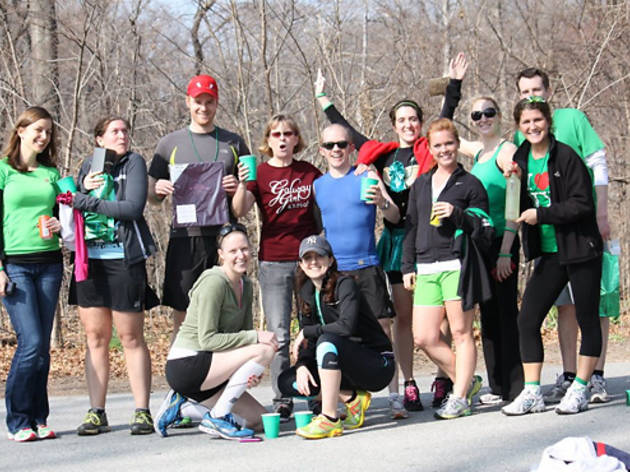 Dizzy bat is generally played one of two ways: by small children, or by adults (sometimes intoxicated) who are kids at heart. The New York Rogue Runners is a friendly consortium of exercise enthusiasts that stages good-natured gatherings like the yearly, whiskey-soaked Galway Bay Gallop through Central Park. Anyone can take part in the club’s second annual Dizzy Bat Race; simply register online for a chance to spin your noggin around a baseball bat ten times before running round the bags in nauseated delirium. Or you can just watch the Rogue Runners and their pals woozily stumble from first to home. The winner of this goofy, just-for-fun gauntlet will receive a bag of baseball-themed treats. No actual booze will be consumed during the event, per Central Park mandates, but organizers have promised a celebratory bar visit afterward. 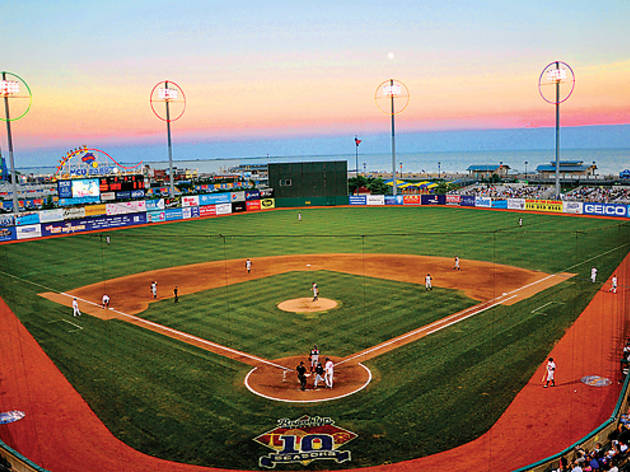 However the Mets’ single-A affiliate fares, the force will still assuredly be with them at this quirky game. Prior to first pitch against the State College Spikes, fans are encouraged to dress up as their favorite Star Wars character and join in an Imperial March around the warning track. Plus, costumed Storm Troopers and other icons from a galaxy far, far away will greet ticket holders at the gates, Darth Vader will toss the first pitch and diminutive Jedi elder Yoda will step on field between innings to motivate the crowd. Once baseball has concluded, Star Wars clips will be screened under the stars. Bonus: If your name happens to be Luke or Leia (alternative spellings are excluded), you’ll get a special, to-be-revealed gift at the info table. Perhaps a Spaceballs VHS tape?