My Account My Profile Sign out
My Account
Search
Worldwide North America United States New York State New York South Street Seaport returns! What to do at the Seaport this summer 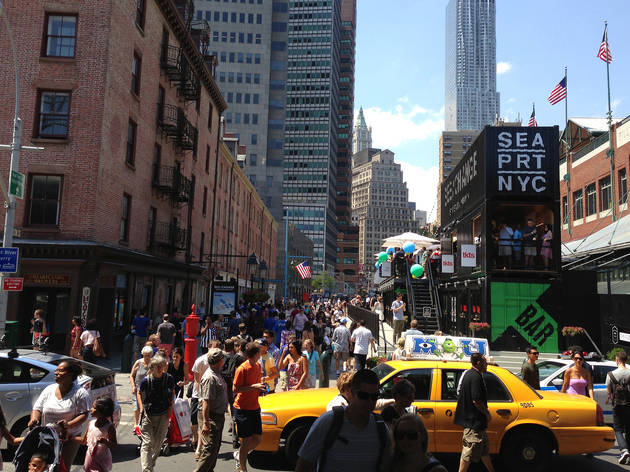 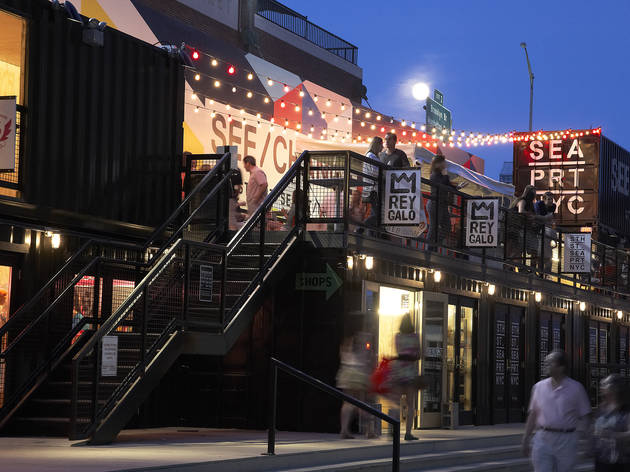 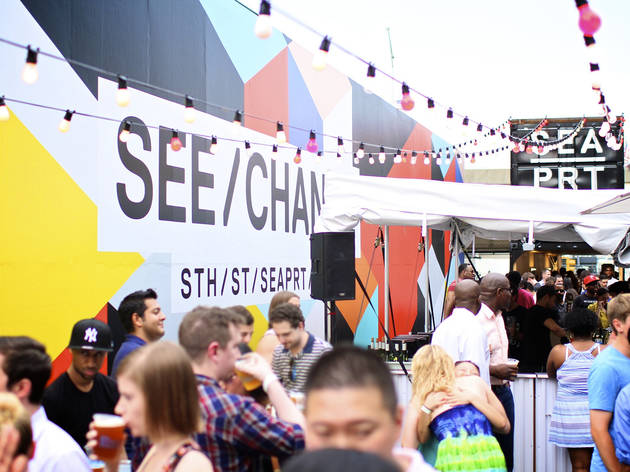 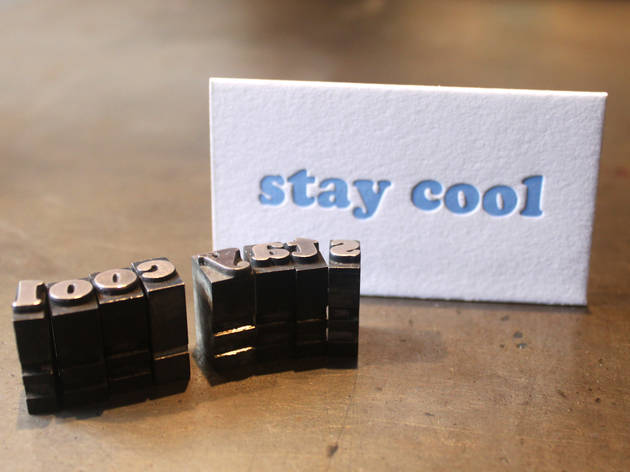 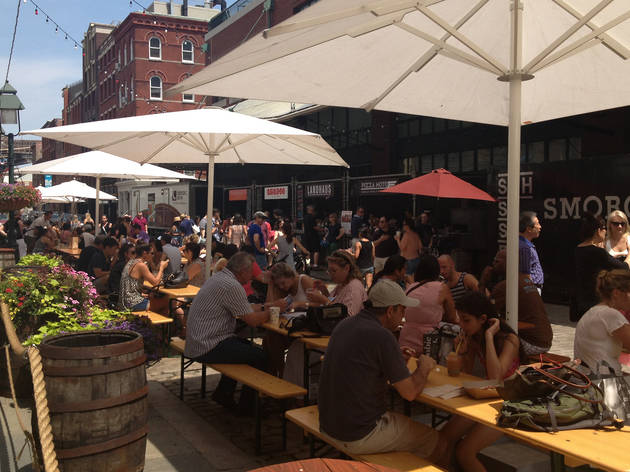 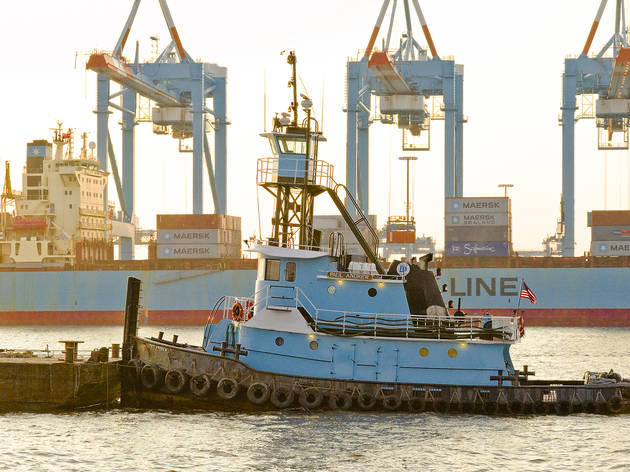 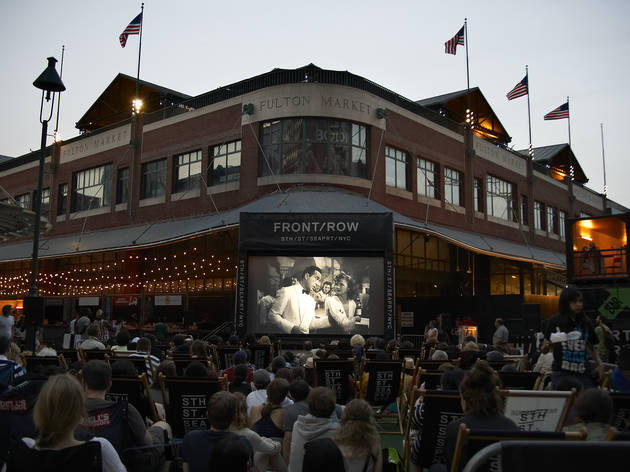 South Street Seaport took a battering during Hurricane Sandy, and some of its most iconic spots—the centuries-old Bridge Cafe and South Street Seaport Museum among them—remain closed. But the area is starting to bustle again, thanks to the attractions that have been bringing people downtown for years—historic buildings, cobblestone streets, views of the water—as well as newer seasonal offerings. One recent initiative is See/Change (southstreetseaport.com), a summer-long program of open-air movies (Fulton St at Front St; Wed, Sat 8pm through Sept 7; free), outdoor yoga (Fulton St at Front St; Sat 9–10am through Sept; free) and other gratis events. Here’s how to make the most of the historic district.

Visit Bowne Printers, a working re-creation of a 19th-century printing shop that uses seven vintage presses from the nearby South Street Seaport Museum’s collection. (The institution has been shuttered since April due to financial issues and is currently looking for a partner to keep it afloat.) Pick up a letterpressed greeting-card set ($15–$20), poster ($10–$20) or typeface coasters ($3); all proceeds benefit the struggling maritime museum. 207-211 Water St between Beekman and Fulton Sts (646-628-2707, southstreetseaportmuseum.org). Daily 11am–7pm; free.

Quench your thirst with Brooklyn Brewery suds ($6) and spiked slushes from Kelvin Slush Co. ($12) at SmorgasBar, a boozy offshoot of the Brooklyn Flea’s Smorgasburg. You can soak up some of that hooch with epicurean eats from the likes of Asia Dog, Blue Marble Ice Cream, Red Hook Lobster Pound and others. Front St between Beekman and Fulton Sts. Mon–Thu, Sun 11am–10pm; Fri, Sat 11am–11pm through fall. Free.

The once-weekly New Amsterdam Market is on hiatus this summer, and its future is currently up in the air, following the Howard Hughes Corporation’s plans to redevelop the former Fulton Fish Market site where it’s held. A series of larger monthly bazaars is planned for fall: Organizers estimate there will be around 70 stalls at the September edition, which features a variety of regional purveyors and spotlights farmstead cheeses from the Northeast. South St between Peck Slip and Beekman St (newamsterdammarket.org). Sept 29, Oct 27, Nov 24, Dec 15; 11am–4pm. Free.

Groove to live tunes (and try to forget that you’ll be at work in less than 24 hours) during the Sound Bites music series on Sunday afternoons (3pm, through Aug 25). The lineup features indie-rock and -pop bands, such as Grand Resort on Sunday 4, Literature on August 11, Radical Dads on the 18th and Leapling on the 25th. Shows go down at the Front/Row stage, which also hosts soul, hip-hop and dance-music from DJ Ben the Beyonder on Wednesdays (5–8pm through Sept 4). Fulton St at Front St. Free.

Get smarter while you stroll

Brush up on your knowledge of the area as historians from Big Onion Walking Tours guide you on a two-hour exploration of the Seaport. The experts will cover the neighborhood’s seedy past (during the 19th century, it was home to the Kit Burns Rat Pit, a hugely popular rough-and-tumble site for boxing and animal fighting) and discuss Hurricane Sandy’s impact. Meet at the northeast corner of Broadway and Fulton St (212-439-1090, bigonion.com). Next event: Aug 17 at 1pm. $20, students, seniors and active military $15.

Another trek, led by Uncle Sam’s New York Tours, visits historic Seaport locations such as the Titanic Memorial Lighthouse, a 60-foot-tall structure built in 1913 to commemorate the victims of the wreck. Participants will also take in the site of George Washington’s first presidential mansion, at the corner of Cherry and Pearl Streets, and the Water Street home of Captain Joseph Rose, the third-oldest building in Manhattan. Meet at the Titanic Memorial Lighthouse, Pearl St at Fulton St (212-888-8769, unclesamsnewyork.com). Sat 11am–1pm; $30, children under 12 $25.

Set sail on the Working Harbor Committee’s Beyond Sandy educational boat tours, which show passengers the shoreline locations where the storm wreaked the most damage, and explain how to prevent similar destruction in the future. Choose between two rides: “High Seas on the Inner Harbor” floats by Red Hook, Sunset Park and the Staten Island coastline from the Verrazano-Narrows Bridge to the Kill Van Kull tidal strait near New Jersey (next date: Aug 6 6:30–8:30pm). “Fire Floods and Floating Containers” goes past Governors Island and then traverses the Kill Van Kull, taking it all the way to Port Newark where cars caught fire after Sandy hit (next date: Aug 20 6:30–8:30pm). Tours depart from South Street Seaport, Pier 16, South St at Fulton St (workingharbor.org). $39, seniors and members $32, children under 12 $25, children under 3 free.
Recommended