Chloe Benjamin talks with us about the insane, real-life NYC inspiration behind the novel—Time Out Book Club's March pick.

How would you live your life if you knew the day you were going to die?

That’s the electrifying question that runs through Chloe Benjamin’s novel The Immortalists, a sweeping family saga that explores the tension between free will and fate, responsibility and independence, and, quite simply, four very different siblings.

The story begins on the Lower East Side in 1969, when the four Gold children—Simon, Karla, Daniel and Varya—pay a visit to a traveling psychic who is rumored to be able to predict the day anyone will die. What they’re told has far-reaching repercussions that affect the rest of their lives and irrevocably change the family forever. Simon sets off to San Francisco looking for love, Karla becomes a professional magician, Daniel settles down, and Varya throws herself into cutting-edge scientific research (on longevity, natch).

Chloe joined this month’s book-club meeting via Skype to talk about the novel’s themes and characters, and she answers some burning questions from Time Out readers. Weren’t able to read along this month? Pick up a copy of our April pick, Bowlaway by Elizabeth McCracken, and send us any questions you have for the author at #TimeOutBookClub. Then, on April 25, we’ll be sitting down with McCracken and getting you all the answers.

Our book-inspired cocktail this month is the Everlasting Elixer! It was provided by Gary Wallach, Director of Food and Beverage of Arlo Hotels and the mastermind behind the delightful garden tipples at colorful spring pop-up Arlo Blooms. "This is a perfect fit for the book because gin comes from the Dutch word genver which translates to "water of life," explains Wallach. "It's also an easy drink that you can prepare at home and will add an elegant flair to any book club."

See the recipe below to whip up a batch for yourself and then read on for our chat with Chloe.

Thanks for joining us, Chloe! Where did the inspiration for the premise of this novel come from? How did you become immersed in this world of magic and psychics?
I’ve always been someone who struggles with uncertainty. So even though the book has this ‘If you knew the date of your death, how would you live your life?’ tagline, for me, it was about how do we put one foot in front of the other when we don’t know what the future holds. Even as a child, I really struggled with not knowing things. But the inspiration was really just a divine moment when I thought of four children going to a fortune teller and then following them over the course of their lives.

As Karla works to establish herself as a professional magician, you describe a lot of incredibly detailed tricks, some with a basis in history. What did that research entail? The magic was some of the research that I enjoyed the most. I really did a deep dive. If you’re interested in more reading on that, there’s this great book called Hiding the Elephant: How Magicians Invented the Impossible and Learned to Disappear. Jim Steinmeyer basically takes you through about 200 years of magic in the U.S. and England and the rivalries and relationships between magicians. I got a lot of ideas in that for some of the historical tricks that Clara does—the Proteus cabinet, things like that. Then I did a lot of research on female magicians, because they have always been—and remain—very few in number. So I looked at interviews with female magicians, watched videos of them working… I also went down the rabbit hole of internet message boards to figure out what would be a really hard magic trick for [Karla] to do, and how she would do it. It was a lot of fun.

The siblings’ maternal grandmother is a circus performer, and she has this striking moment when she flies down a rope that's strung between the Palace Theater and the Hotel Edison in Times Square. This is random, but our office actually looks out on that exact space.
Okay, you guys have to see this video. This woman, Tiny Kline, inspired the character of Klara Senior, and she was a real woman who joined the circus. She was involved in vaudeville, and she, like Klara Senior, came over from Hungary. She actually originated this trick of sliding down a rope while holding on with her teeth. So I really owe that character to Tiny Kline. I learned how that trick was rigged by reading her memoirs. So when Klara is talking about how she rigs the space for the Jaws of Life, that was all from Tiny Kline and—most importantly—there is this absolutely insane YouTube video of her actually doing this across Times Square. It shows her—she has absolutely no wires or anything—and she was arrested as soon as she got to the other side. It’s just nuts. 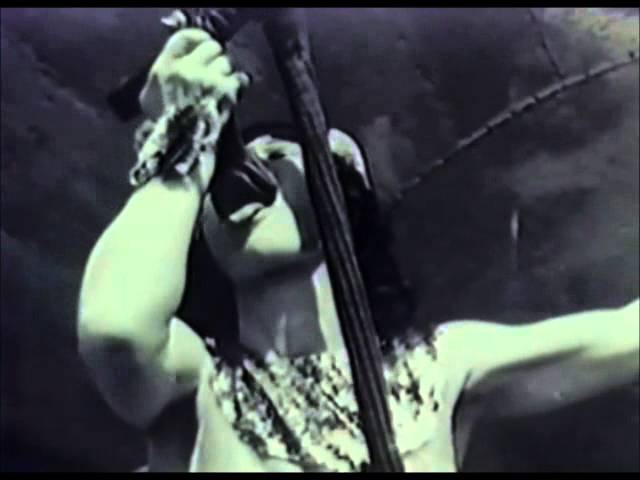 Wow. That’s literally insane! So a lot of the book takes place in San Francisco, and the siblings all kind of spread out, but the family is really anchored to New York at the beginning and they have this history with the city. Why did you choose to do that?
New York and San Francisco are both a part of my personal history. I was born and raised in San Francisco, and so I have a lot of San Francisco pride, but my dad’s side of the family were Eastern European Jews who came through Ellis Island and settled in New York City. I was able to talk to my grandfather, who was slated to take over a family tailoring business, much like Saul Gold’s in the book. They were very much a part of the Jewish immigrant community in New York at that time, so it was just an interest in that aspect of my history.

That’s interesting to hear that at least some of the book was inspired by your autobiography. I’m just curious, do you have siblings?
I do! I have two younger brothers. The book doesn’t feel autobiographical in terms of the details or the characters, but there’s certainly that element of my family history. The siblings are not my siblings, but I hope the sense of intimacy combined with distance is something that a lot of people can relate to in their families.

Alright! Now we’re about to enter into a spoiler zone with some questions from fellow book-club members. First off: “Is Edie the grim reaper?”—@melissahayz
Yeah, people have a hard time with Eddie. I can see how people can see him as a sort of grim reaper, but I don’t see him as malevolent in that way. I would rather use the characters I have—and look at the ways they continue to wind through each other’s lives—than continue to create new ones. This book already had a ton of characters, so I knew I was asking the reader to keep track of a lot of names and a lot of people. When I first wrote Simon’s section, Eddie was just one of two cops who picked Simon up. I don’t think he had a name, and he didn’t have much of a role. Then I thought, Why do I need this other cop? Let’s just strip out anything that’s not essential and make Eddie a bigger presence here. Then, when it came time to write Klara’s section, I knew that I wanted there to be a cop that was following her and perhaps catching on to the fact that she’d been picking pockets. I just thought, Why invent a new one? What would it mean if it brought back this person instead? I think there are ways that people reappear in our lives that we would never expect, and I was interested in what it would mean for this family that [Eddie] had this strange, perhaps fated or perhaps coincidental relationship with a number of the siblings.

“Would you want to know the date of your own death?”—@co.zo
Yes. Wait, no. Sorry, the answer is no. I just got distracted by my cat. The answer is no. I think I would just obsess about it and feel sorry for myself.

“Which sibling did you like writing the most and why?”—Danielle Valente, associate editor of Time Out New York Kids
I love them all, so I always feel guilty answering that because I feel like it’s choosing a favorite child. I really do love Klara, so I have a bit of a soft spot for her. But I really care a lot about all of them.

“What is your experience with OCD, and what made you focus on it in the book? (Loved it)”—@janinagnes
I certainly have always struggled with anxiety, and I don’t think that would come as a surprise to anyone who has read the book. So there’s a lot in the book that came out of my own experience, but I also want to give my characters their own personality and identity, so there’s plenty that’s not mapped onto my own personal experiences, as well.

Thank you! One final question. I’m just curious, do you, in your mind, have a firm opinion on whether the fortune teller actually had magical powers?
I don’t. And I really like talking about this because, for me, if I knew one way or the other, I don’t think I’d be able to write the book with an interpretive quality. I really want people to decide that for themselves. So, I actually really don’t know, and I kind of go back and forth in my own mind. I think if pressed, I would probably say there’s some combination of instinct and self-fulfilling prophecy. I mean, an instinct on the part of the fortune teller that is inexplicable. Because people do have experiences with seers who predict or know something that they can’t possibly know. But, certainly, I think there’s a huge role of psychology and magical thinking in the ways in which that becomes real. 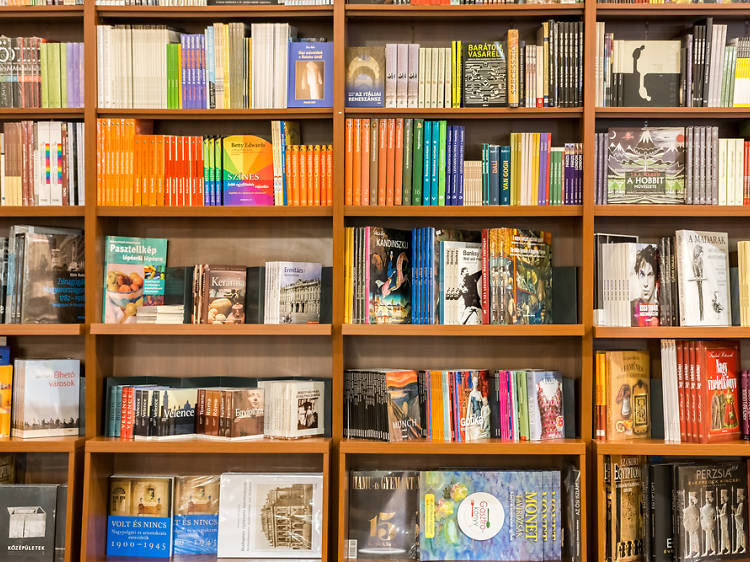 The best bookstores in NYC