While we're always scouring the city for the best things to do right now, we also have one beady eye on the future. This got us thinking about the way New Yorkers have evolved, and—more alarmingly—what they might turn into. Will you still be proud to call yourself a New Yorker in 2100? See you on the other side. And keep chewing those vitamins. You'll need all the strength you can get when the giant rats arrive.

1920s: The OG hipster
The Harlem Renaissance is in full swing, and this innovative artist—a poet, a musician, a dancer—is swinging too. His habitat is the smoke-filled uptown speakeasy; his mating call requires a stand-up bass and a hot horn section; and his DNA will be in every cool New York City species that follows. 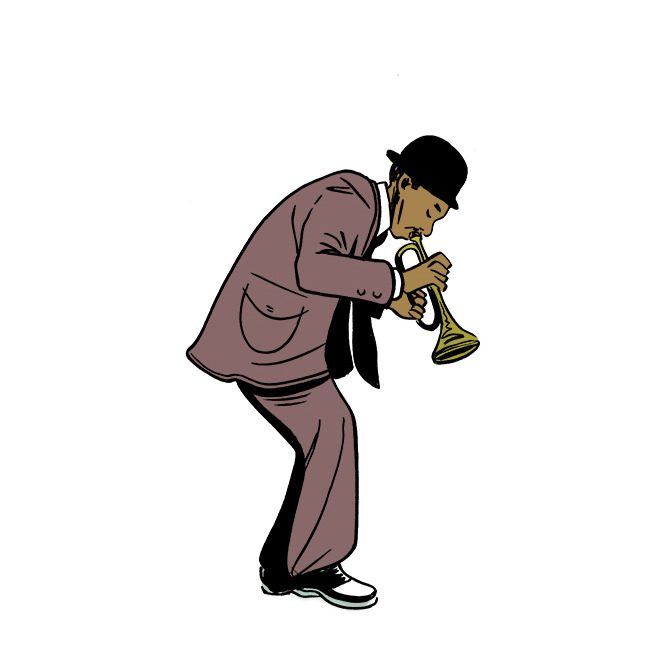 1925: The ur-literatus
Eighty blocks south, an altogether different creature is emerging: the witty, insouciant wordsmith. She’s got a penchant for quips and a preference for gin, and can be found mixing with other highbrow intellectuals at the Algonquin Hotel, or trading bons mots in the halls of The New Yorker. Though wit (and its bastard child, snark) will become a Gotham hallmark, this original species will be nearly wiped out—turns out booze isn’t a boon to the evolutionary process after all. 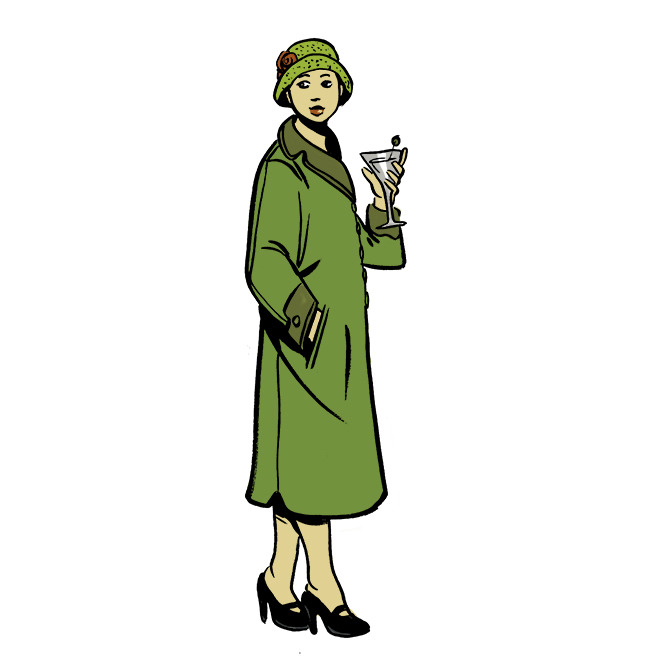 1930s: The wisecracking journo
New York has become a global city, and its populace is hungry for news of the world. No-nonsense and sporting a machine-gun cadence, this archetype talks circles around just about everyone—and looks good doing it. He’s a crackerjack newshound with a nose for a good story and the moxie to get it. As time goes on, his print-happy descendants can be found thinking up deliberately provocative headlines at the New York Post. 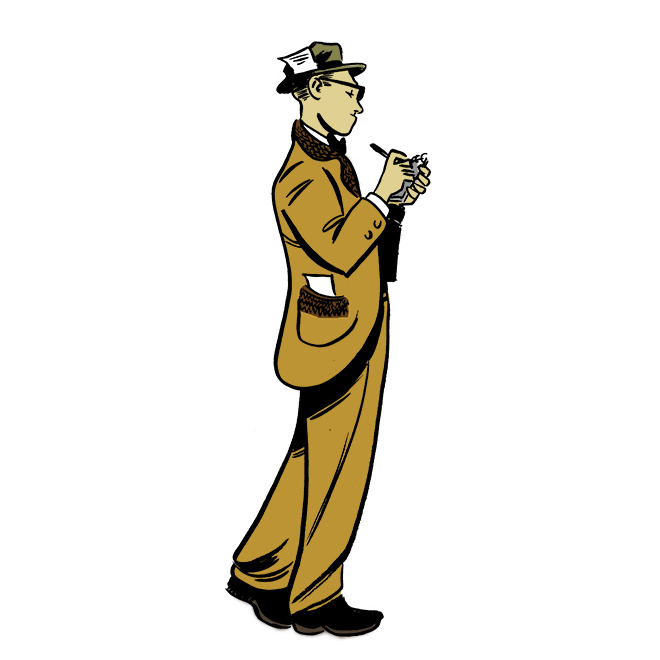 1934: The wide-eyed dreamer
Despite the Great Depression, New York has acquired a reputation as a place where anyone can “make it,” drawing eager rubes who haven’t developed the necessary thick skin of a native. This small fish is one of many crowding a gigantic pond; saucy and ambitious, she won’t rest until she gets top billing in a Broadway revue. If she lacks talent and urban survival skills, however, she may end up abandoning the city altogether. 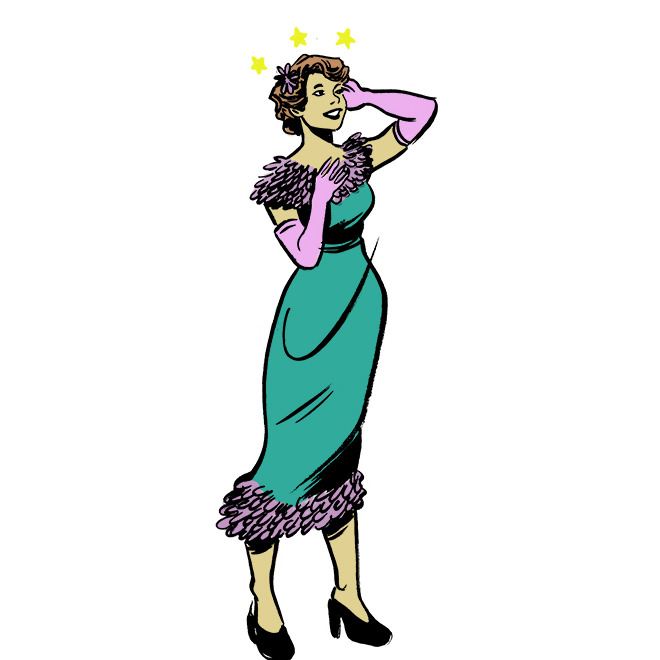 1955: The beatnik
Post–World War II, the city sees an uptick in shabby, beret-sporting creative types. Often found lurking around downtown cafés, the beatnik poses a threat to straitlaced capitalists everywhere with his antiestablishment politics and flexible sexuality. He doesn’t have time for a nine-to-five gig—that’s for squares, man—because he’s too busy penning his next epic poem. Can you dig it? 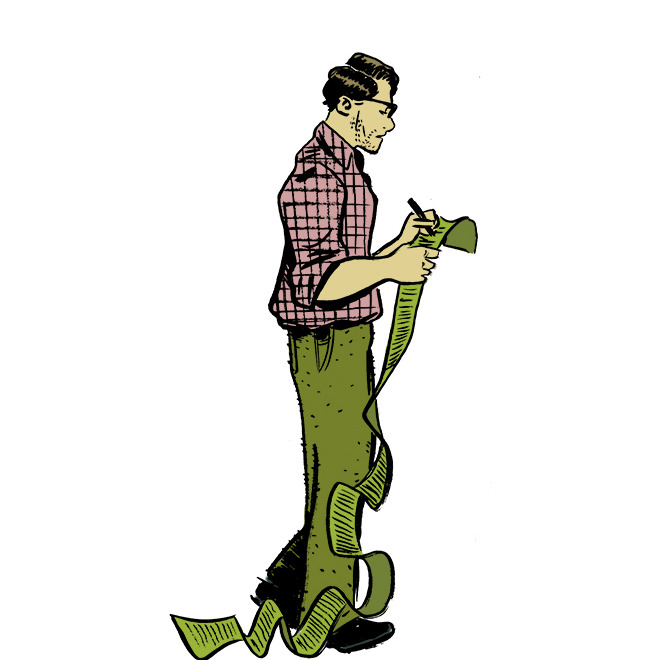 1961: The Dylan wanna-be
A natural extension of the beatnik, this offspring of the so-called Greatest Generation asserts his independence by living on his friend’s couch in Greenwich Village and playing folk songs in dingy clubs. The only thing he takes more seriously than his music is himself. His lefty politics are inextricably linked to his music, and he sleeps with a harmonica under whatever discarded item he’s using for a pillow. His is a highly developed survival mechanism, and he eventually adapts to a changing environment by going electric. 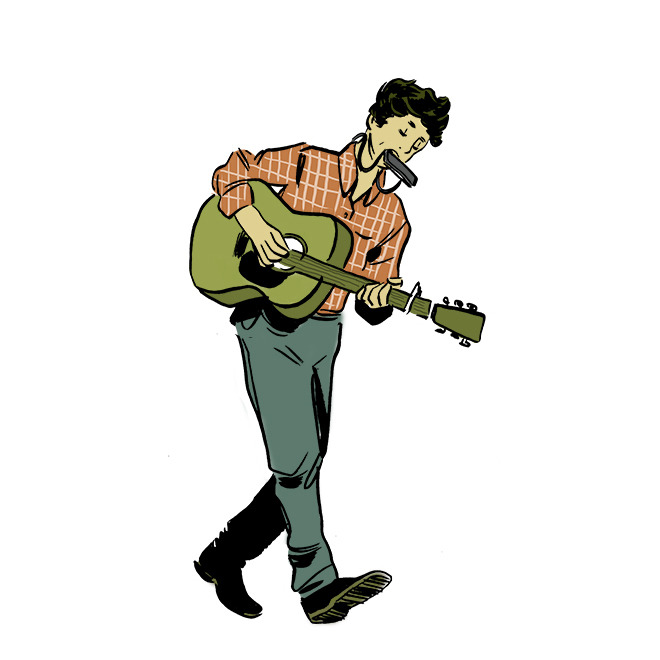 1963: The Mad Man
The devil-may-care wardrobe and hairstyles of the previous few years are anathema to this nattily dressed, functionally alcoholic ad exec, who has, in many ways, the easiest job in the world: selling luxury goods to the richest country in the world. Cigarettes and Scotch are his daily bread, and his attitude is casually misogynistic. Soon he will become endangered, only resurfacing years later with the rise of nostalgic period-piece television. 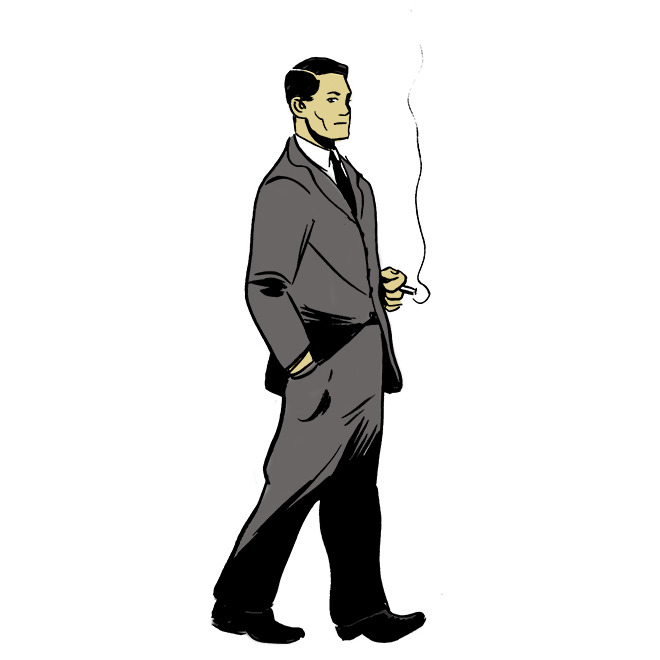 1967: The Factory Star
Responding to the crass capitalism of the ad world, this character strives to turn the work of the old guard on its head. She’s sexually ambiguous and has an omnivorous appetite—she’ll take any drugs you’ve got—and gathers an eclectic following of degenerate weirdos to help spread her gospel. She’s a stylish Pop Art princess, so affecting that she could even inspire Dylan to pen a tune about her. 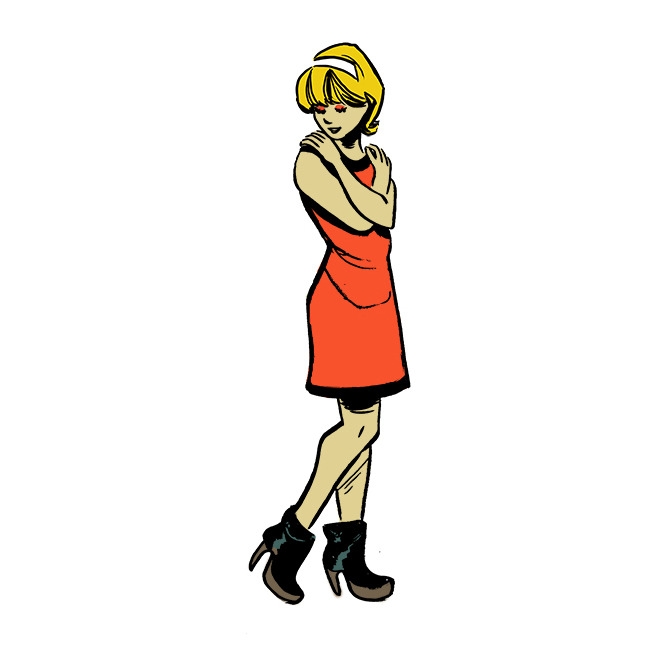 1976: The CBGBian
As the Warholian element starts cashing in and checking out, a new counterculture rocker follows the Ramones from Queens to Manhattan. He searches for mates among the crusty herd at grotty Lower East Side bars, and hibernates in a previously abandoned squat in Soho. His credo is “death before disco,” and he’s driven into a murderous rage if exposed to the too-dulcet tones of Captain & Tennille. His naturally flinty exterior is augmented with a carapace of studded leather. 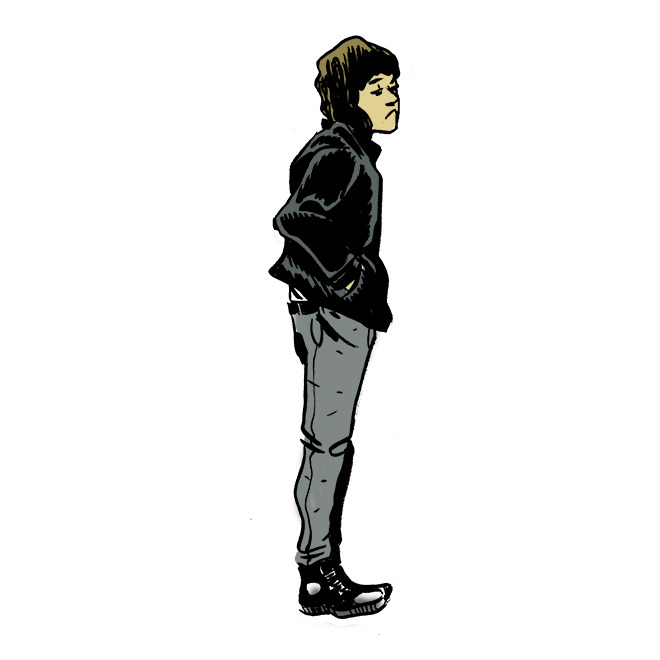 1977: The charming neurotic
On the Upper West Side, far away from the crust-punks of the LES, a new strain emerges. Like his obvious forebear, the ur-literatus, he’s quick-witted and good with a joke but also anxious and hyper-self-aware, often to the point of solipsism. Analysis (of the psychiatric variety) is a common activity, and he’s adept at mining his own problems for the sake of comedy. Legions of imitators will follow, with mixed results. 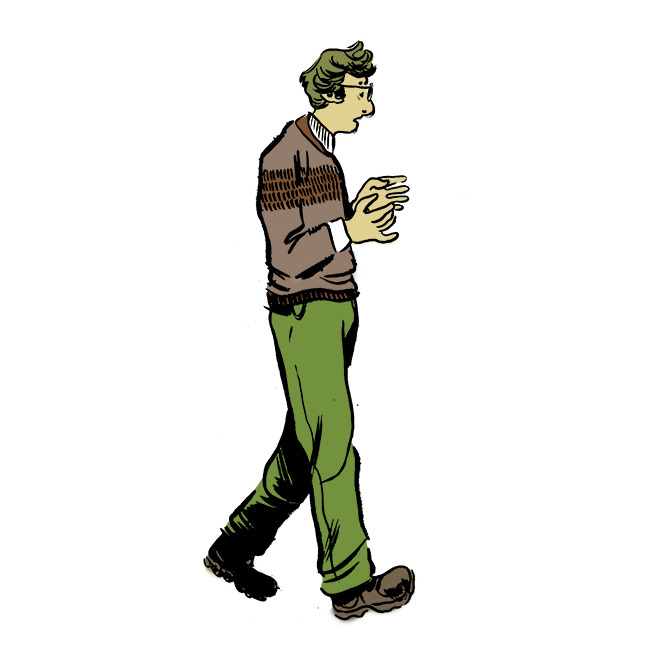 1983: The tagger
Punk and disco as we know it are dead. New York isn’t quite the postapocalyptic gangland of The Warriors, but it’s not yet a gentrification-sculpted yuppie haven, either. From this middle ground, a new strain of being: A manipulator of urban landscapes who skirts the ragged edge of the law in order to make his mark (literally); for him, a subway isn’t a means of transportation so much as a mobile mural. 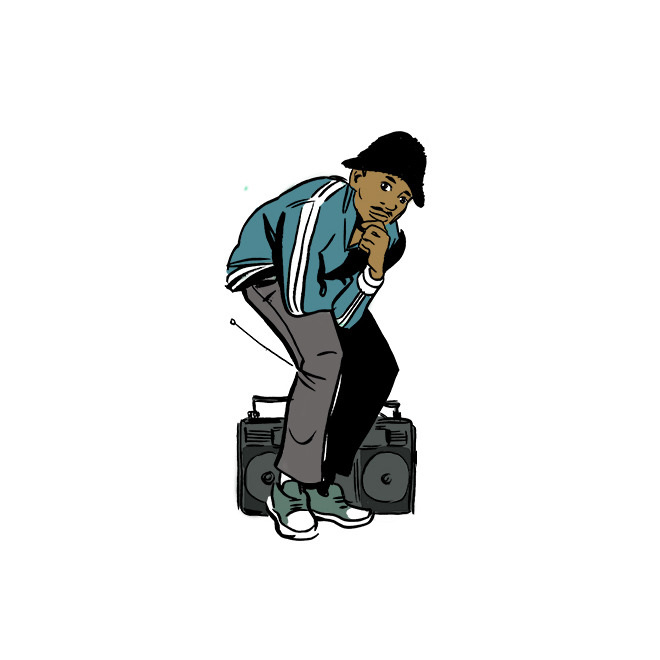 1986: The Wall Streeter
The rise of Reaganomics gives birth to a new type of New Yorker: A young tycoon as amoral as he is ambitious, seeking profits at any cost. Pomade use is directly proportional to douchebaggery level, and this guy uses a lot of pomade. (He also uses a lot of another substance, this one white and powdery.) Like his descendants, who will cause a global financial crisis 20 years later, he’s unconcerned with the social ramifications of his avarice—greed is always good. 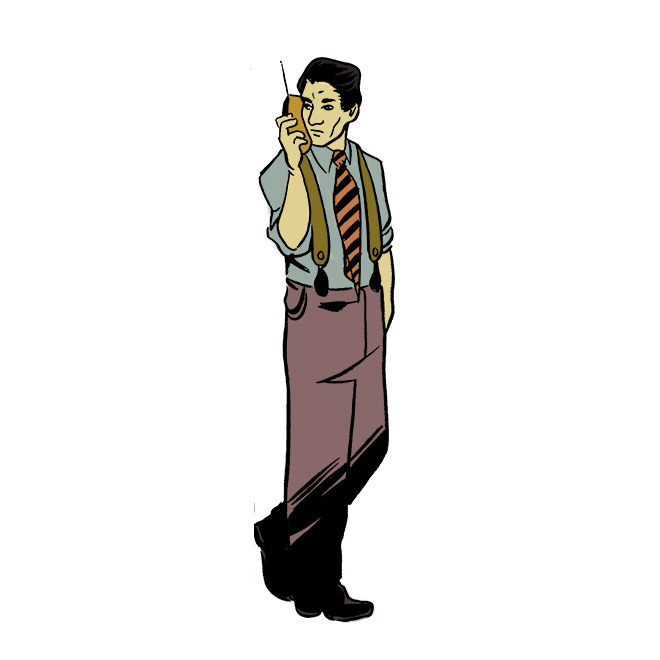 1993: The Limelighter
Unlike the Wall Streeter, this wayward child responds to the power-suit decade by embracing his outsider status, migrating to New York because of its seedier side. This Club Kid celebrates life by eating ketamine like candy and embracing an outrageous, otherworldly androgynous style. Although generally harmless, the Limelighter can become violent when his drug money is running low. 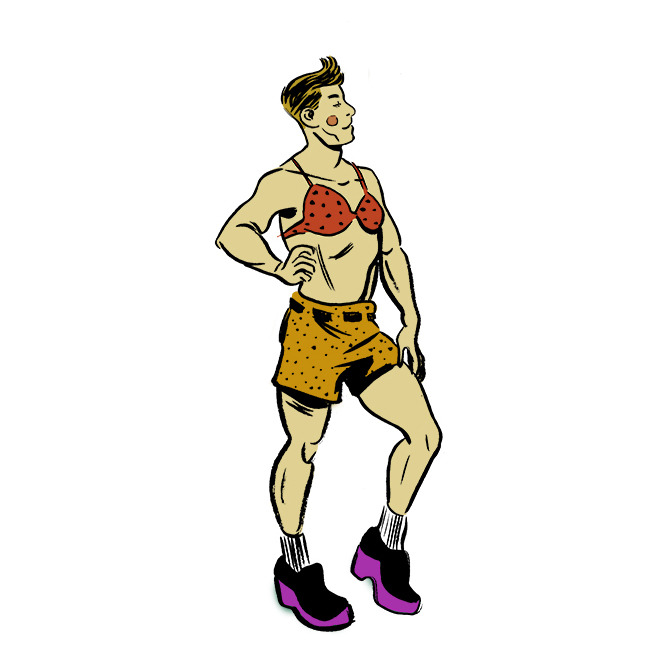 2000: The “I couldn’t help but wonder”-er
This migratory species flocks to New York in droves in the early aughts, driven by a desire for Magnolia Bakery cupcakes and the fabulous lifestyle she’s seen on TV. Armed with a laptop and a pair of knockoff Manolos, she congregates with similarly fish-out-of-water creatures, prowling whatever restaurants and nightclubs are hot that week while searching for “the one.” Alas, like starry-eyed dreamers before her, lack of adaptability and limited means of reproduction will be her doom. 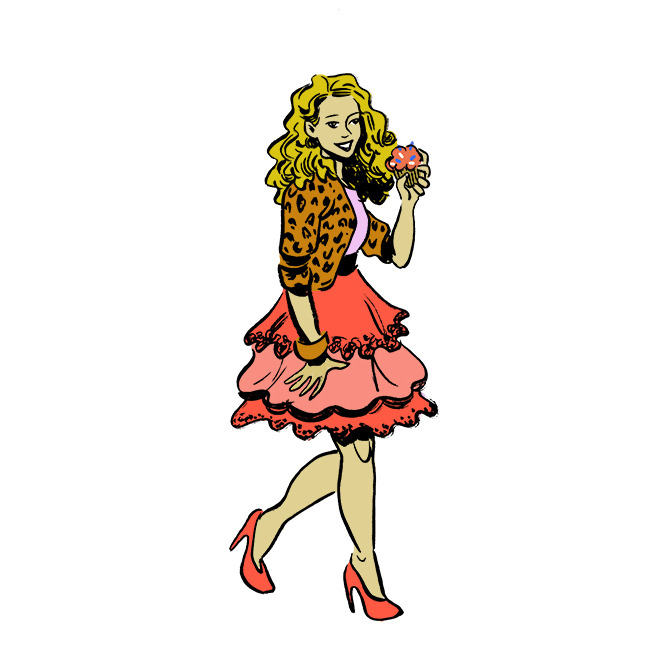 2003: The Williamsburg vanguard
An artistically inclined bar-back and unwitting gentrification promoter, she moved to Lorimer Street because it was cheap, cool and only moderately dangerous. She mourns the recent loss of Kokie’s and claims to love the area’s gritty charms, but secretly looks over her shoulder as she walks her dog in McCarren Park at night. She traffics in future nostalgia, and is already figuring out ways to tell people ten years from now how Williamsburg was so much better when she first moved there. 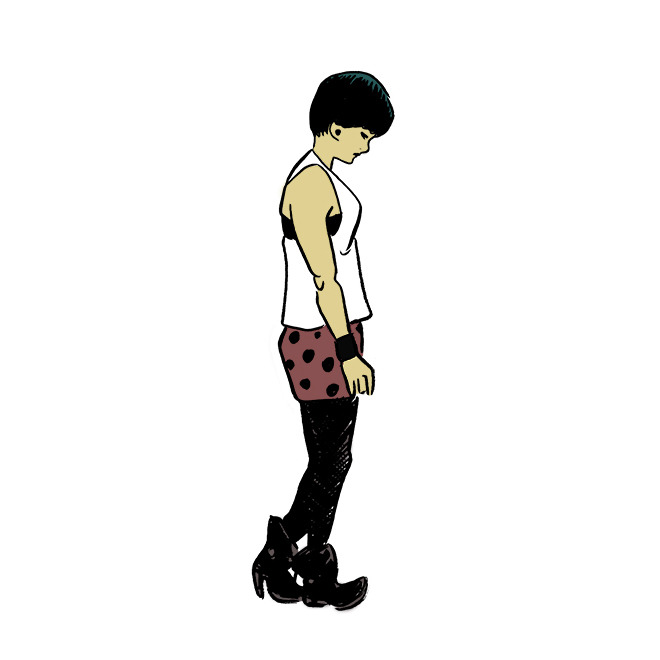 2008: The urban lumberjack
Occasionally, gene pools split. In this hipster evolutionary direction, there’s the gentleman with the well-manicured beard and closet full of flannel. His desire to live a more “authentic” (whatever that means) life, combined with the means to afford more luxurious goods, leads him to stock his very nice apartment with hand-carved wooden shelves packed with vintage Guided by Voices LPs and jars upon jars of artisanal pickles (which he may or may not eat, but they look nice, don’t they?). 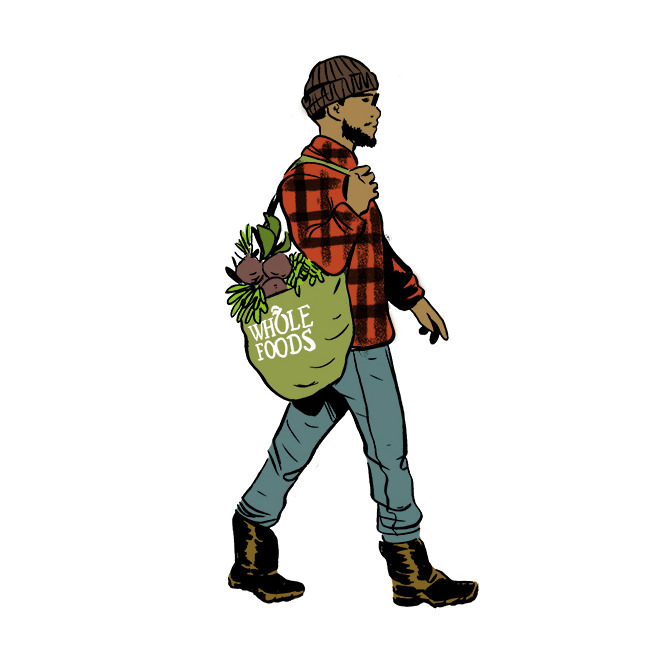 2012: The (questionable) voice of a generation
While the lumberjack preens, his more pragmatic sister in hipsterism is at her job at a local café. Her days off are spent writing in the loft that she shares with two roommates in East Williamsburg (no, it’s not Bushwick, thank you very much). Her best friend is a rescue puppy named Scooter, and she’s mastered the nuances of online dating. For this breed, New York isn’t the end of her development, but merely a phase (and a chapter in her inevitable e-book memoir). 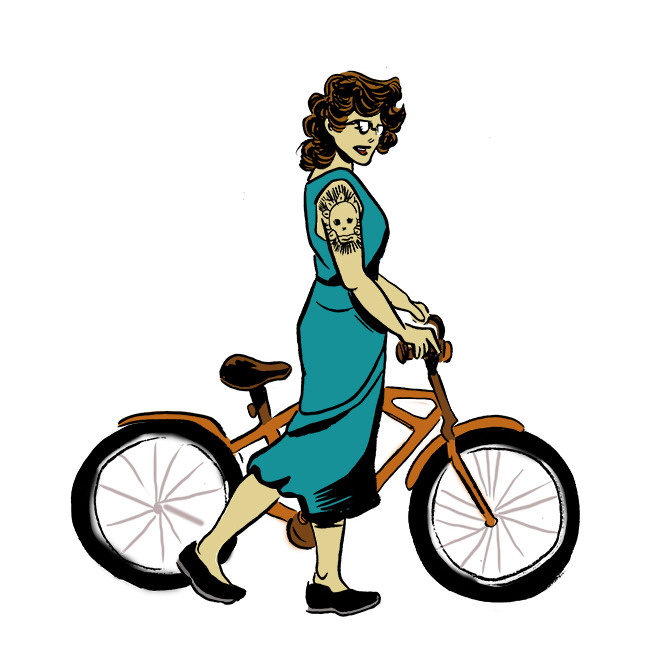 2014: The hypester
After years of crossbreeding, natural selection has determined that the dominant species is the posthipster millennial. She prefers photographing food to eating it, and live-tweeting concerts rather than listening to the music. Her entire network (of more than 1,000 close “friends”) always knows where she is and what she’s doing, because she’s a modern documentarian with two primary subjects: herself and New York City. 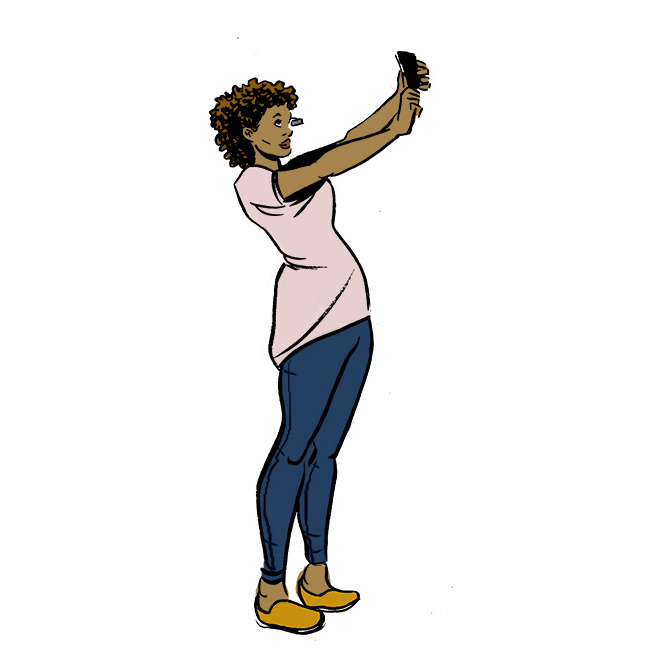 2034: The glasshole
Inevitably, the very technology that the hypester found herself so attached to—the iPhone, Google Glass—has literally become attached to him. Microscopic cameras have been installed in contact lenses, so all he has to do to snap a photo is blink; thumbs have evolved so that they’re longer and thinner, the better to text quickly and sans errors; and brains are now embedded with computer chips, so you don’t even need a Wi-Fi signal to stay connected. The glasshole shuns human contact unless absolutely necessary—and even then, he tries to find a technological workaround. 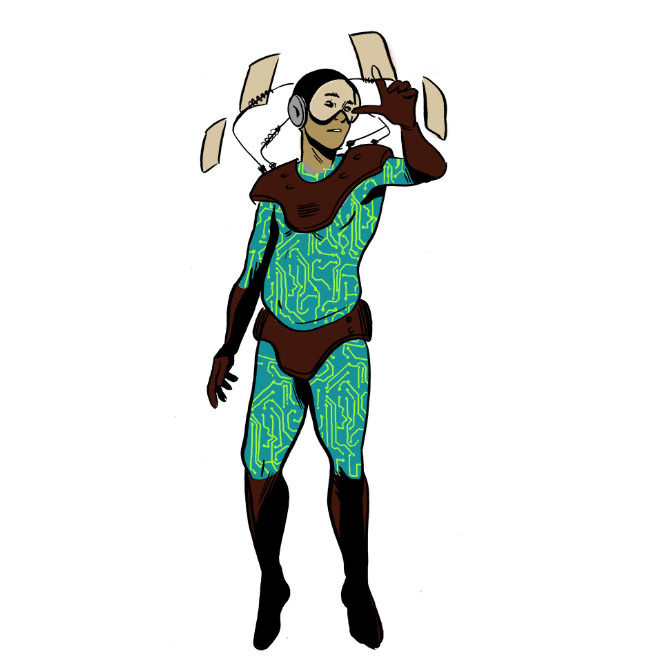 2100: The posturban pioneer
Half of New York City is underwater, roving packs of gigantic rats and pigeons have staked their claim on Central Park, and technology has failed humanity, but this remaining denizen is resilient. Armed with an emergency kit (which includes a collapsible Citi Boat, because who knows when she’ll need to paddle from what was once the East Village to Brooklyn?), this survivor has fled from the wilds of the outer boroughs and reclaimed Times Square, squatting in in an abandoned skyscraper. Life is tough, but this die-hard New Yorker is thankful for one thing: no tourists. 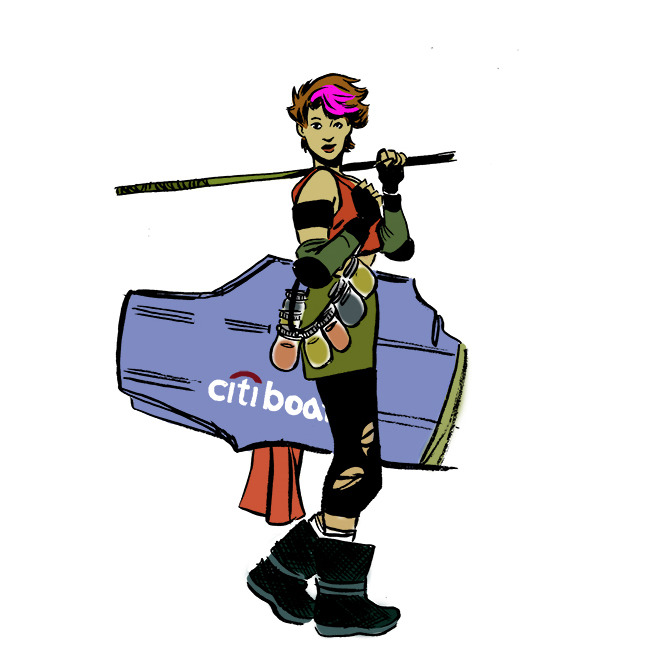