Humans of New York’s Brandon Stanton talks to us about documenting New York City, one person at a time

Each day, almost 16 million people are transfixed by the five new pictures photographer Brandon Stanton posts to the Humans of New York Facebook page and blog, featuring New Yorkers of all kinds telling their tales. Stanton’s recently released third book, Humans of New York: Stories, features select photos and quotes from the more than 10,000 people he’s shot over the past five years. (You can catch actors like Jason Biggs reading excerpts from the book at Symphony Space tonight.) Stanton filled us in on what it’s like to ask strangers to tell all.

HONY has morphed from you wanting to create a “photographic census” into an emotional storytelling project. How do you get strangers to open up to you?
The easiest answer is that not everyone does—a lot of people turn me down. I don’t think of it as an interview; I ask a few questions up front to get the conversation going, and we naturally talk based on the story. When you’re genuinely compassionate and interested, people’s fears are overridden by the validation of someone taking time to listen to their story. The hardest part of the job is having eight people say no and being quite rude, and keeping a positive energy. I’ve gone from being terrified to approach anybody when I first started to just having it be second nature. I think the process has been an education to the receptivity of people in having an interaction with other people.

Any story that’s particularly important to you?
Some of the stories have turned into much greater things, where they started with a random interaction and then the audience became engaged. The most noticeable was when I met the 14-year-old boy [pictured below] in Brooklyn who told me about the principal of his school [Mott Hall Bridges Academy]. I met his principal and ended up spending two weeks there, and the audience crowd-funded about a-million-and-a-half dollars for the school. The audience has given half-a-million dollars to charity in the past six months. 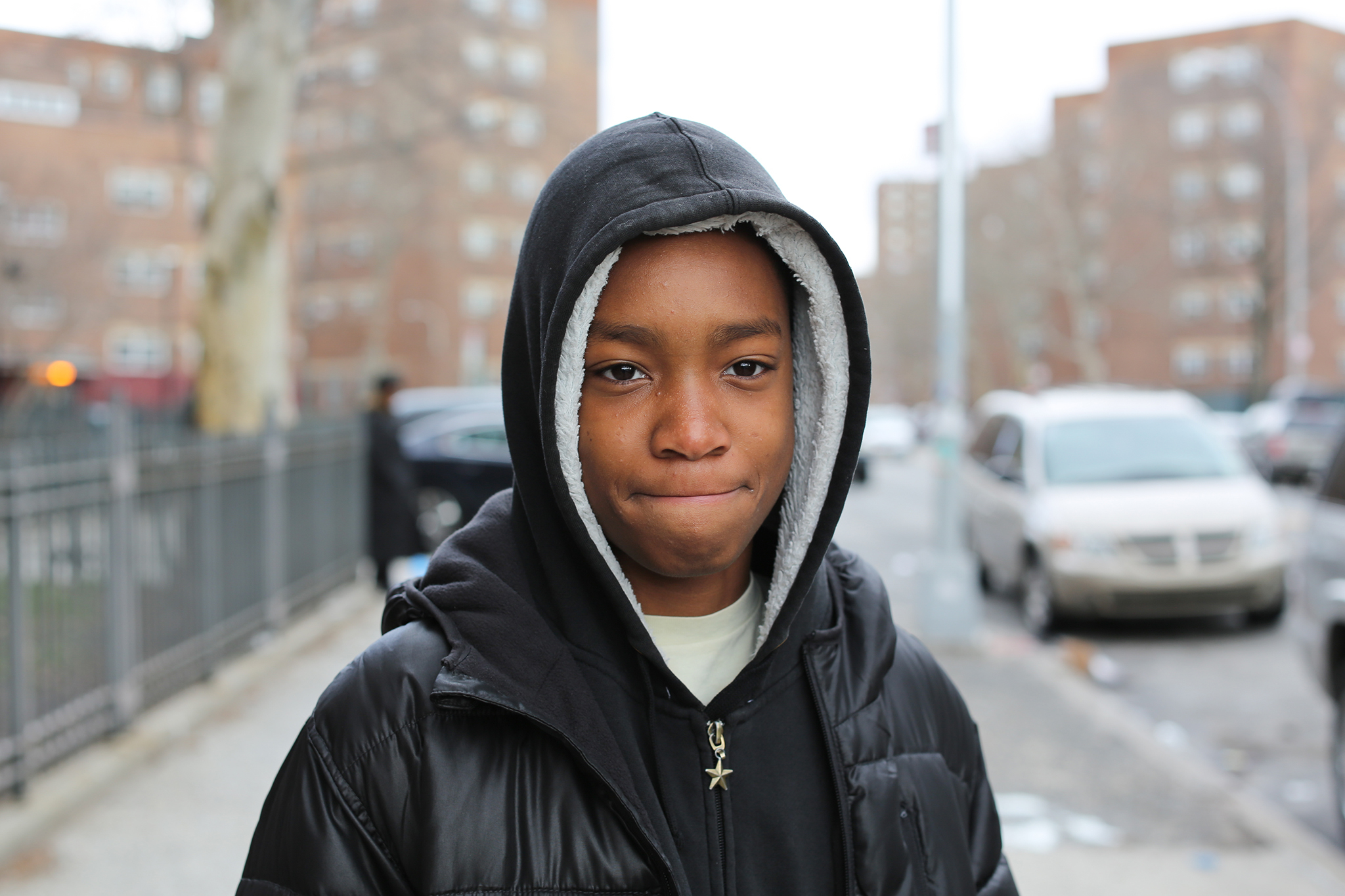 “Who’s influenced you the most in your life?” “My principal, Ms. Lopez.” “How has she influenced you?” “When we get in trouble, she doesn’t suspend us. She calls us to her office and explains to us how society was built down around us. And she tells us that each time somebody fails out of school, a new jail cell gets built. And one time, she made every student stand up, one at a time, and she told each one of us that we matter.”

How does it feel when the media turns the attention on you?
I can still walk around a long time without anyone seeing me. I manage to stay behind the scenes—I’m very careful to try to keep myself off the blog and keep it about the stories of other people, so I think that’s given me space to do my work.

What kind of New Yorker are you?
I live on the Upper West Side, but I’ve moved around quite a bit. I lived in Bed-Stuy for three or four years. I’m out shooting seven days a week, so I don’t get to do very much. Central Park is my favorite place in the world—I like parks a lot because people are relaxing and very open.

You’ve photographed people on trips to 20 countries, including Iraq and Afghanistan. Have these travels changed the scope of your project?
Talking to other people about their lives widened the spectrum of the story I was telling, unfortunately mainly the downside of life, because I did a lot of stories with refugees and people who are struggling. But it was also very reaffirming that I could walk around with an interpreter and find receptive, kind and open people generally interested in sharing their stories. I do want to travel more—I need to go to South America sometime soon.

What have you learned about people along the way?
I try to not form overarching opinions about humanity. I always get asked what the meaning of HONY is, and I just try to narrow it down to how I can best tell this person’s story, not humanity’s story.

What’s next for HONY?
Humans of New York is about telling the stories of average people on the street, not necessarily photography. I think that’s where I see it evolving—telling stories in different mediums.

Check out the event 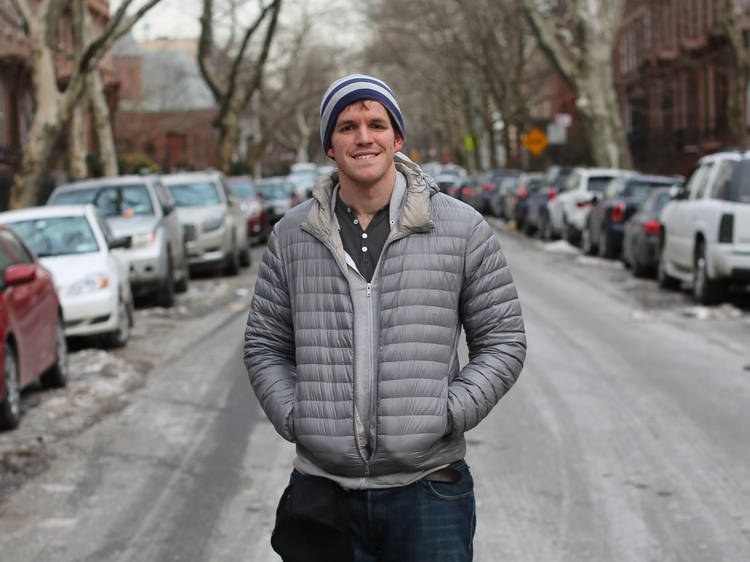 Humans of New York has caught on as a proud showcase of the city's diversity and an internationally known cultural meme, and has spawned endless knockoffs. Photographer Brandon Stanton unveils his new book, Humans of New York: Stories, and hosts readings by actors Jason Biggs, Tracee Chimo, Elizabeth Rodriguez and more.