You don’t need all the trapping of a traditional wedding to have a truly special day in NYC. Just hit up your local bridal shop then head down to the Financial District for a government sanctioned-ceremony. You may be trading stained glass for metal detectors but the joyful vibe will stay intact.

Take away the gin. Lose the Aperol. Ditto for the grapefruit juice, the mason jar and Devin, the best man, giving a questionable toast about the groom’s oats-sowing days. Forget the place settings, the canapés, the DJ (and, therefore, the Isley Brothers’ “Shout”) and the months of nonstop planning to summon friends and family to some barn upstate. Leave only two people in love, a subway ride, an exchange of words and rings and a signed piece of paper. This is what a wedding at the Manhattan Marriage Bureau offers: no more and no less.

Located at 141 Worth Street since 2009, the City Clerk’s Office issues a staggering number of marriage licenses to New Yorkers while also hosting a never-ending stream of meaningful ceremonies. In June, an average of 86 ceremonies took place daily from Monday through Thursday. On Fridays, that average climbed as high as 168. The office also issues approximately 150 licenses every single day it’s open.

A far cry from its spartan former home in City Hall a block away, the current bureau is essentially one massive waiting room where couples, witnesses and select kinsfolk linger until their numbers are called. The ceremonies themselves take only minutes, so guests are encouraged to primp in oversize restrooms, buy bouquets or emergency bow ties in the gift shop and take photos in front of a backdrop of City Hall. The drooping chandeliers and pastel accents were envisioned by famed interior designer Jamie Drake in 2009 as part of a push by Mayor Michael Bloomberg to compete with Las Vegas’s reputation for catering to spontaneous nuptials. While you won’t spot a single Elvis officiant , the new bureau feels more convivial and spirited than your typical bureaucratic office.

“It’s the funnest government building ever!” says Lanna Walsh, 33. She and her partner, Geoffrey Aung, 32, came to the bureau on a recent Friday afternoon, and they were greeted by a festive atmosphere. The Thai-American Walsh and Burmese-American Aung met eight years ago while doing human-rights work with migrant factory laborers on the border of Thailand and Myanmar. Now, months after a formal ceremony in a Buddhist temple and a Thai-inflected Western ceremony in Bangkok earlier in the year, the pair prepared to tie the knot in the United States. Though their nuptials may have been, as Aung puts it, “for tax purposes,” their international courtship and matching white-and-gold Thai wedding outfits gave the air of a fairy-tale ending.

Others, like bride-to-be Yvonne Céspedes, 43, evaluated the scene without sentiment. “It’s like the subway but less rushing,” she says. Nevertheless, she and her husband-to-be, Juan Taveras, 43, showed up in traditional American wedding formals and praised the bureau’s simplicity. “The City Hall wedding is about the intimacy of the couple deciding to take that step together,” says Céspedes. Neither she nor Taveras told their loved ones about the impending nuptials; a selfie on Facebook, they agreed, would take care of that later in the afternoon.

“We want to build a future together, and this is a special day for us.”

Many couples, like frequent New York tourists Karol Weber, 36, and Kris Popowski, 40, nervously waited under the rotunda leading into the chapel as their ceremony drew near. Dressed in corresponding plaid vests, slacks and bow ties suggested by their tailor back home in Warsaw, they recounted a long romance with one another and with the city as a whole. Then, three months after they had wandered into the Cartier shop on Fifth Avenue to look at rings, an officiant emerged and called the fiancés into one of the simple chapels, decorated sparsely with a chandelier, a podium and a floral backdrop. “We know that it won’t have legal bearing in Poland, but we don’t care,” says Weber, tearing up. “We want to build a future together, and this is a special day for us.” A champagne cork popped somewhere else in the hall. The sound reverberated against the walls of the jam-packed building, a fitting substitute for wedding bells.

Looking for an floral arrangement? 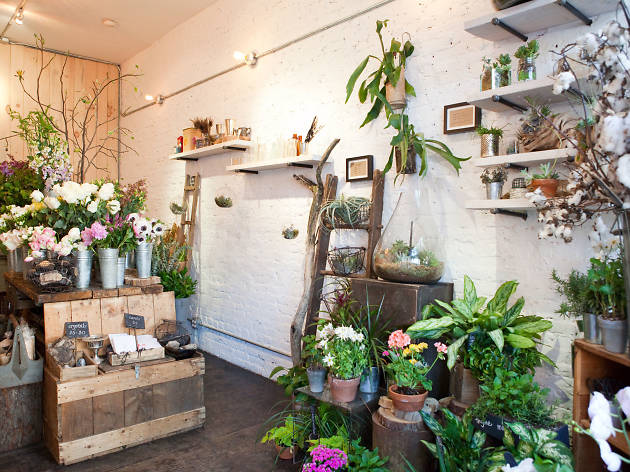 Whatever your budget, we’ve got the best blooms for you with our guide to finding a great flower shop