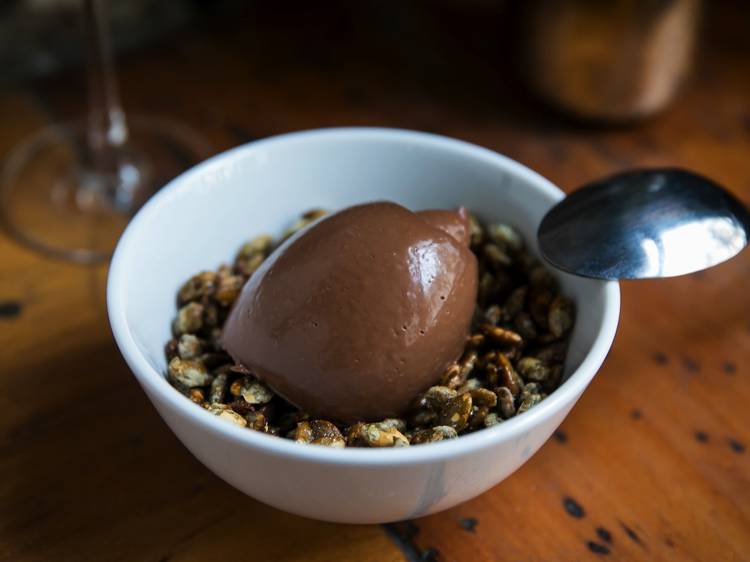 Update: As of May 15, 2020, Love Tilly Devine has reopened and is slinging a $50 set menu. Walk-ins are welcome for a drink and a snack, but they highly recommend you book in advance online. Michael West gives good toast. Briny clams on crisp fingers of garlic bread, say. Or shiny fillets of sardine garnished with curry leaves. Or mussels, plump and slathered with spicy rouille. And then there’s the parmesan toasts with Japanese Vegemite – little rounds of bread freighting a blizzard of Reggiano cheese on top of a dark, umami-rich goo that West concocts from tamari and shio kombu. All this needs, you think to yourself, is a bloody good glass of wine. And this being Love, Tilly Devine, one the country’s original and best purveyors of wines from off the beaten track, that is not a problem. You might say half the battle is won just having Iggy’s bread on hand. But West treats the Iggy's (the best bread in Australia) as the precious resource that it is. Fresh, the bread is offered simply sliced with good olive oil. Beyond that it becomes one of his magical toast products, each of which pass the can-I-eat-this-with-a-glass-in-my-other-hand? test with flying colours. And if there’s any bread left over after that, he finds more inventive uses for it still. One of the tastiest upcycles is his fiori or fusilli (West loves a corkscrew shape, it seems, or else just likes the aesthetic fit with a room full of bottles and corks), the pasta tossed with buttery leeks, a decent hit of chilli 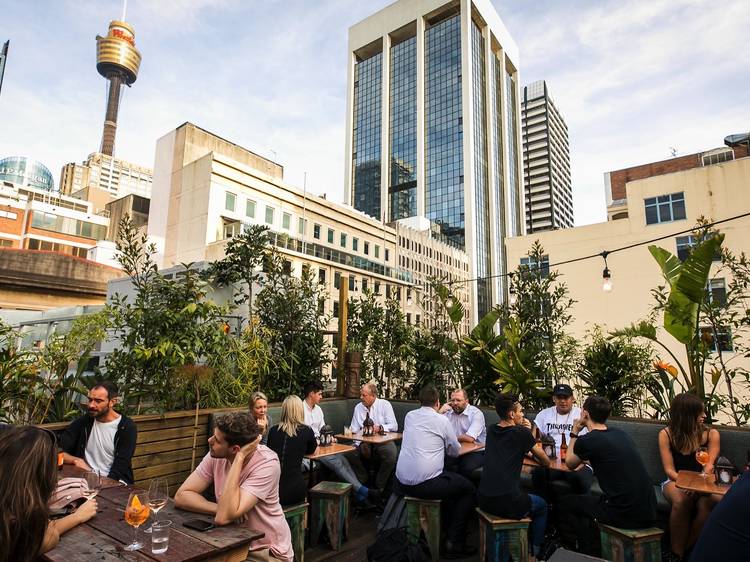 One hundred and two steps. Rooftop bars are not for the faint of quad. But all that thigh-burning just primes you for the reveal: swing open the door at the top and there you are, in a lushly planted oasis in the Sydney skyline. A smiling bartender hands you a VB throwdown while you flip through the menu. A bowtie is slung around their neck unknotted, Rat Pack-style. It might only be a quarter past six down on street level, but up here, it’s always time to take it easy.  Flip through the list: there’s smarts enough behind the smiles to handle whatever classics you might fancy. And where bars on rooftops in other parts of the world might call to mind sun-bleached bottles of Bombora and lychee liqueur, the back bar at Old Mate’s is quite a different matter – the arrangement of malts, Caribbean rums and fine tequilas is nearly as luxuriant as what’s in the planter boxes. Don’t let the VB palate-cleanser fool you: while this is a place where a person can drink a beer in peace (or indeed a glass of wine), Old Mate is all about the cocktails.  Dre Walters (an alumnus of Kittyhawk and Lobo Plantation) and Daniel “Noble” Noble (a friendly face to anyone who has clocked flying hours at Ramblin’ Rascal) have put together a list that marches to the beat of its own drummer, throwing curveballs of toasted poppyseed (the Predecessor), pistachio (the Pistacia) and dehydrated basil (the Retox). They roast peaches to enliven the gin Sour they call Corky’s Lady Killer #2, and do a Strawberry B 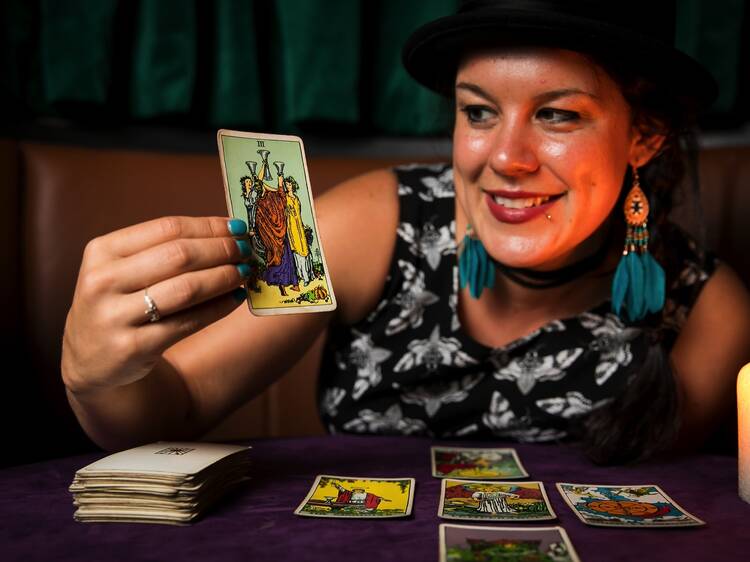 “Excuse me sir, is this where the psychic is? “Nah mate, this is a bar called Employees Only.” So much for speakeasy subterfuge. Back in New York in 2004, when Employees Only opened, the neo-Prohibition aesthetic was getting a head of steam. Drinks were strong, waistcoats were big, moustaches were waxed. Opening behind a clairvoyant shopfront on Hudson Street, it was an essential part of the craft cocktail revolution, and joined the dots between the spareness of Milk & Honey (set behind a blank door on a residential block) and the richer production values to come with the likes of PDT (accessed via a phone booth in a hotdog shop). Fourteen years later and even without the help of an indiscreet bouncer it’s safe to say the secret is out. The bar has outposts in Singapore, Miami, Hong Kong and Los Angeles. Walk down the stairs off Barrack Street in the Sydney CBD into the first Australian branch, and chances are you’ll find the place pumping, the bar thronged, the larger dining area packed and the tarot-reader by the door plenty busy. Fortune teller there may be, but in many ways EO is less about looking into the future and more a love-letter to the heyday of mid-oughts bartending. The stock on the back-bar isn’t wildly extensive or deep (at least not by the standards set by near neighbours the Baxter Inn and Lobo Plantation), and the drinks under the EO Classics section of the list read fresh and fruity: the vodka, elderflower liqueur and blackberry purée of the Amelia, say, o