How does the Sydney outpost of the famous New York speakeasy stack up?

“Excuse me sir, is this where the psychic is? “Nah mate, this is a bar called Employees Only.” So much for speakeasy subterfuge. Back in New York in 2004, when Employees Only opened, the neo-Prohibition aesthetic was getting a head of steam. Drinks were strong, waistcoats were big, moustaches were waxed. Opening behind a clairvoyant shopfront on Hudson Street, it was an essential part of the craft cocktail revolution, and joined the dots between the spareness of Milk & Honey (set behind a blank door on a residential block) and the richer production values to come with the likes of PDT (accessed via a phone booth in a hotdog shop).

Fourteen years later and even without the help of an indiscreet bouncer it’s safe to say the secret is out. The bar has outposts in Singapore, Miami, Hong Kong and Los Angeles. Walk down the stairs off Barrack Street in the Sydney CBD into the first Australian branch, and chances are you’ll find the place pumping, the bar thronged, the larger dining area packed and the tarot-reader by the door plenty busy.

Fortune teller there may be, but in many ways EO is less about looking into the future and more a love-letter to the heyday of mid-oughts bartending. The stock on the back-bar isn’t wildly extensive or deep (at least not by the standards set by near neighbours the Baxter Inn and Lobo Plantation), and the drinks under the EO Classics section of the list read fresh and fruity: the vodka, elderflower liqueur and blackberry purée of the Amelia, say, or the strawberries and vanilla with gin and Champagne in the Fraise Sauvage.

Elsewhere on the list, avocado makes an appearance with pisco in the Down Payment, a drink that comes with a dollar sign stencilled on its surface in coffee, just in case the name (a reference, presumably, to millennial mortgage woes) doesn’t drive the point home. The avocado is inoffensive, and deployed along with aquafaba, the froth from chickpea-cooking water used as a vegan substitution for eggwhite, gives the drink a velvet luxury.

The bar itself is brass and gleaming, the garnishes laid out on it in heavy tumblers. The music is ’80s pop, and the bartenders wear chef’s jackets with the word “Bartender” embroidered where a person’s name might go. Framed artworks underline the ’20s connection with images of zeppelins and flappers.

The prices are Sydney, now; those classics are $22, while a Manhattan, made well with Knob Creek rye and tweaked with Grand Marnier in addition to the sweet vermouth, will set you back $25. Wines by the glass sit for the most part above the $20 mark, and most bottles are north of $100.

The quality of the service generally seems to lean more towards the well-meaning than the rigorous. Better crowd control, especially with regard to welcoming customers, and working out how to put the drinks into the hands of the punters a bit quicker would make for a more pleasing ride, but the party vibe is easy to like.

Food is by no means a mere cheese-plate-and-olives affair (though both those things are on offer). If capsicum gel with the roasted eggplant and pesto, or serving the chicken liver pâté as brûlée makes you think the kitchen might be trying a little too hard, or if the addition of truffle oil to an otherwise handsome grilled mozzarella sandwich puts you off, take consolation in the choice of Brickfields for the bread and Pepe Saya for the butter and in the offer of Bloody Mary mix as a dressing for the oysters. Crisp saltbush leaves, meanwhile, make a winning complement to fried Clarence River calamari.

The full menu runs from five to 11pm, the bar menu runs to three in the morning and, as with all Employees Only bars, complimentary chicken soup is doled out to the faithful at closing time.

And what of the psychic? Nardine, the tarot reader on duty when we slipped into the booth, was great company, rocking an Osho Zen-tarot deck. Our first card? Adventure. 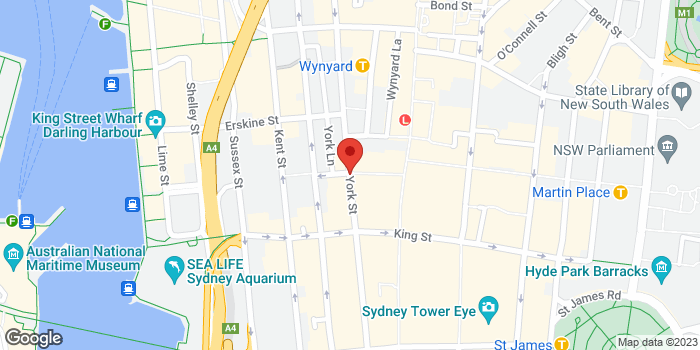