What to do, eat and see in Downtown Sacramento

After nearly two centuries of hustle and bustle, the sheer amount of things to do, see, and eat in downtown Sacramento isn’t much of a surprise: this place has always meant business. Sitting at the confluence of the American and Sacramento Rivers, Sacramento was a commercial hub during the Gold Rush, and became the Golden State’s capital in 1854. Today, the Downtown Sacramento neighborhood is a delightfully walkable, cultural center filled with a lush tree canopy—Sacramento has more trees per capita than any city in the U.S.—scores of museums, and some of the city’s most notable restaurants.

Sacramento earned the title of America’s Farm-to-Fork Capital, and you’ll discover why at hotspots such as Ella and Mulvaney’s. Plus, the arrival of the Golden 1 Center infused the area with a thriving nightlife including a fun barcade and fashionable rooftop lounge. Here’s your itinerary for exploring downtown Sacramento. If you're looking for old-timey Sac, don't forget to check out the Old Sacramento Waterfront, too.

RECOMMENDED: The best things to do in Sacramento 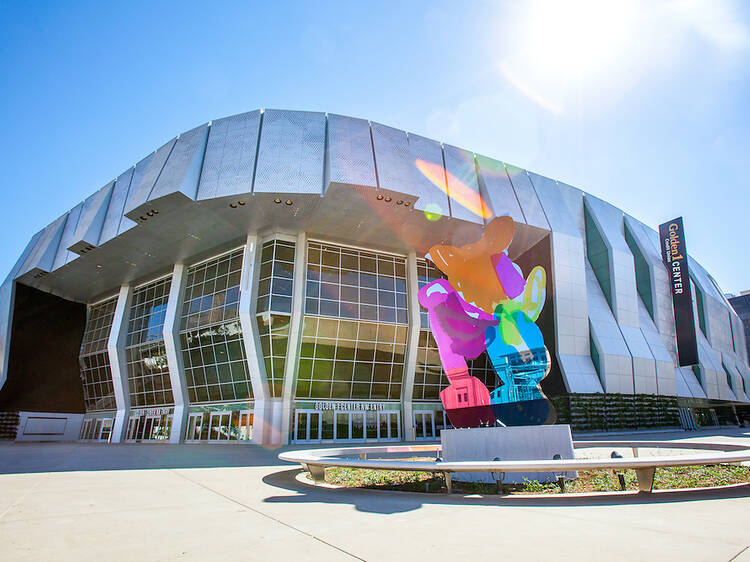 The stunning home of the Sacramento Kings does double duty as a music and performance venue. Unveiled in 2016, the architecturally striking, LEED-certified basketball arena shifted downtown’s cultural hub west of the Capitol with over 40 home games, touring acts (such as Kanye and Lady Gaga), and an eatery- and shop-filled plaza (in true Sac fashion, the arena’s food program sources 90 percent of ingredients from a 150-mile radius). Even without tickets, you should check out the public art dotting the plaza including Jeff Koon’s flashy “Coloring Book #4,”  ten giant dart sculptures from Gale Hart, and a lush soundscape from Bill Fontana.

Coin-Op takes a classic 80s arcade and levels up with cocktails and a lengthy draft list. Rescue Princess Pauline from Kong, guide a frog through busy traffic, and battle Chun-Li at stand-up arcade games and pinball machines strewn throughout the subterranean space. There’s also a kitchen serving up pizzas, and a light-strung patio with Jenga and jumbo-sized Connect Four. 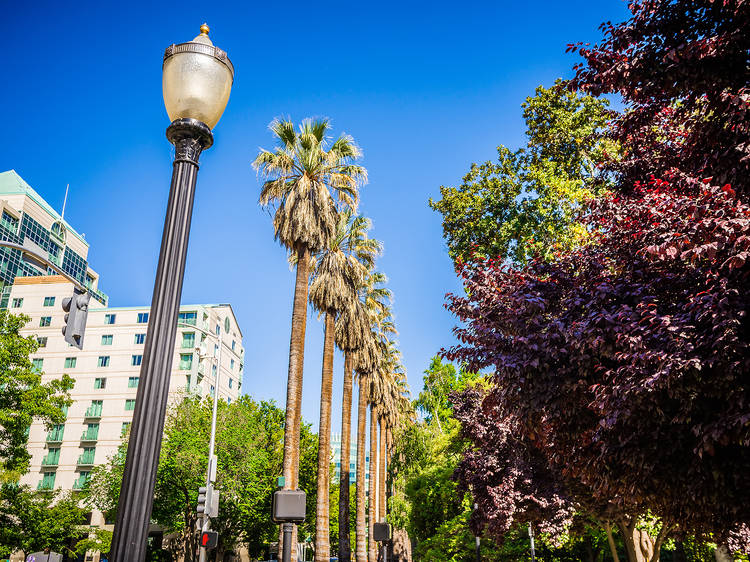 With a gloriously flat expanse dotted with mature shade trees, Sacramento is a joy to stroll. Former journalist and history instructor Jenn Kistler-McCoy shows off her adoptive city via tours that explore the city’s history, culture, and surprisingly verdant beauty. Choose from three  informative tours—most offer walking, running, or biking options—that include filming locations for Ladybird, the award-winning film by SacTown native Greta Gerwig, plus notable Sacramento sites such as the Stat. 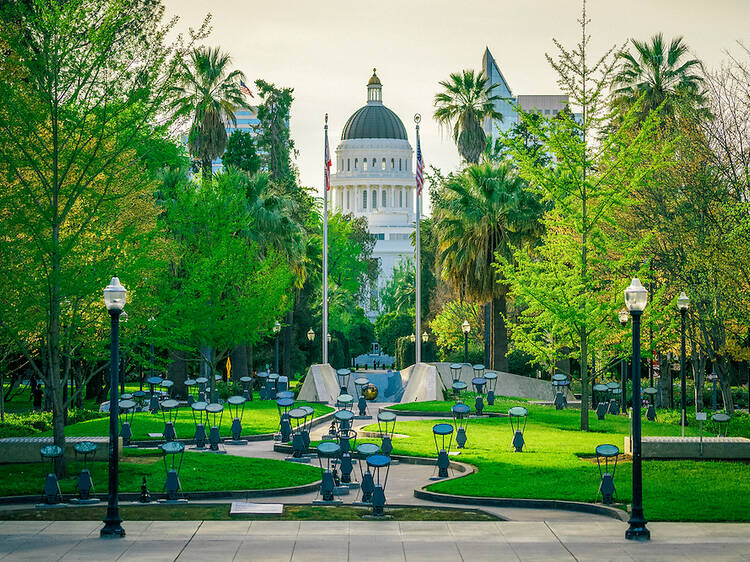 Inspired by D.C.’s Capitol Building, California’s version—topped with a gold sphere—features art, history, and 12 blocks of serene gardens. Completed in 1874, the neoclassical structure is open to the public with free, daily public tours (offered each hour from 9am to 4pm) beginning in the rotunda under the 128-foot high oculus of the inner dome. You’ll learn the history of California’s early years, and, if legislators are in session, you might spy bills being debated in the Assembly or Senate galleries. Of course, the Capitol’s most stunning feature might be the 40-acre garden-filled park that surrounds it, offering a peaceful respite from the politics inside. 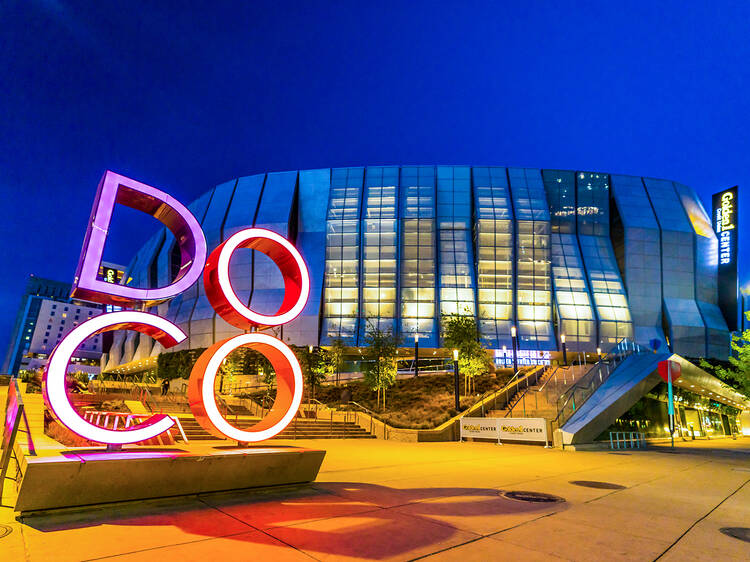 Located a free throw’s distance from the Golden 1 Center, this lively downtown development teems with buzz-worthy shops and eateries. Head to this sleek outdoor complex to glimpse the latest downtown hotspots such as Flatstick Pub which houses a Sac-themed mini golf course, 40 local beers on draft, and a hidden speakeasy bar, The Trophy Club. You can also sip bubbles at Fizz Champagne Bar, shop modern skate-inspired apparel at Get a Clue, and clink margaritas over pork belly tacos at Polanco Cantina.

While Temple’s farm-to-cup slogan may seem hokey, you’ll hardly mind after sampling their various single-origin pour-overs, cold brew blends, and creamy, foam-topped lattes. Their downtown locale features a roomy, industrial-chic space, free WiFi, and fresh baked-goods including a sizable vegan and gluten-free assortment. Try one of their loose-leaf tea drinks such as Bliss, a soothing blend of peppermint tea, coconut milk, and honey. 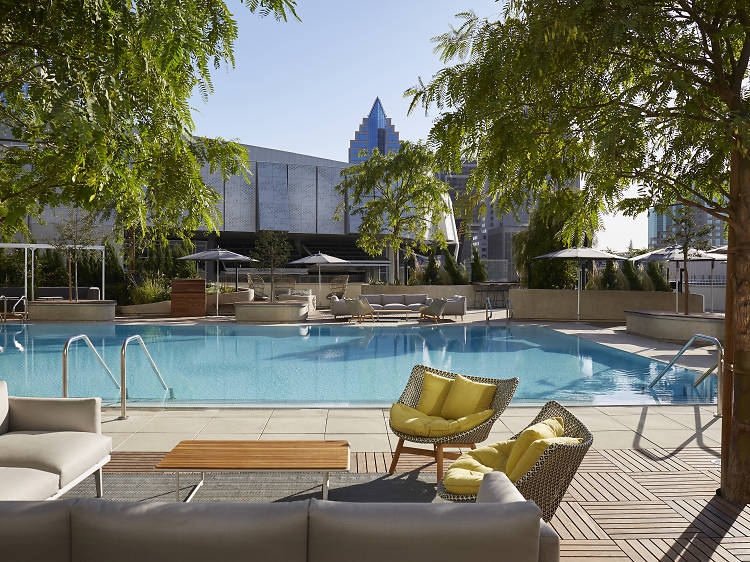 Situated on the third floor of the stylish Kimpton Sawyer Hotel, this sleek hotspot serves up craft cocktails and refined bites in a chic setting. Nosh on duck carnitas tacos and bacon-spiked avocado toast while sipping a spiced Holiday in Jalisco made with tequila and baked apple. The lounge spills out onto a lush, landscaped pool deck overlooking the Golden 1 Center and ringed by private cabanas. Just make sure you leave the baseball caps behind—a dress code is enforced on weekends. 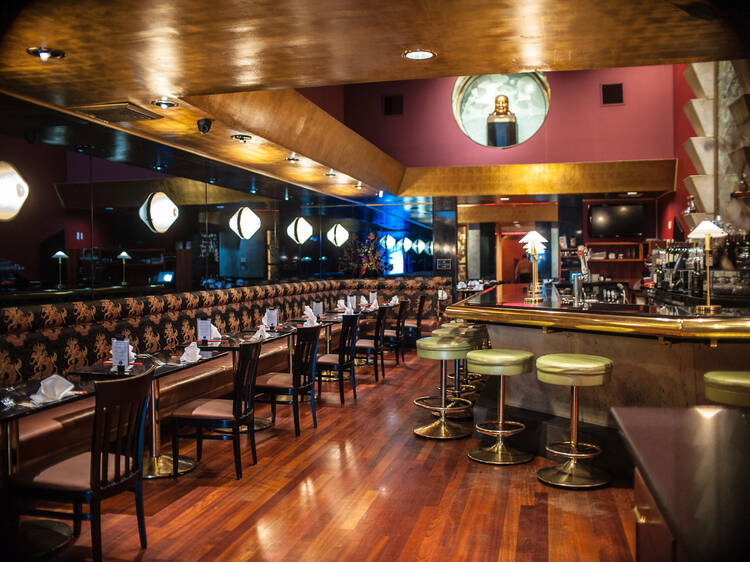 One of Sacramento’s oldest restaurants, Frank Fat’s is a James Beard Award-winning institution with a history for hosting the city’s power brokers. Founded in 1939, this family-owned eatery dishes up elevated Chinese-American dishes such as its famed pot stickers and honey walnut prawns. But what’s made it famous isn’t on the menu: it’s rumored that the restaurant, located steps from the Capitol, was home to more than a few secret political deals that were sealed with a handshake. Today, you’ll still see famous faces in the dramatically lit dining room as you finish up a meal with Frank Fat’s signature banana cream pie.

If you tire from hearing about farm-to-fork, it’s only because Sacramento has so many thoughtful, talented kitchens—and Ella happens to be one of the more fitting examples. The K-Street staple is perennially packed throughout the day thanks to a lively atmosphere coupled with founder Randall Selland’s seasonally driven menu (signatures include steak tartare and fried chicken). During happy hour, the party’s in full swing when discounted oysters and craft cocktails fuel the humming dining room—there's a lot to love about this place.

A post shared by Ella Dining Room and Bar (@elladiningroomandbar) 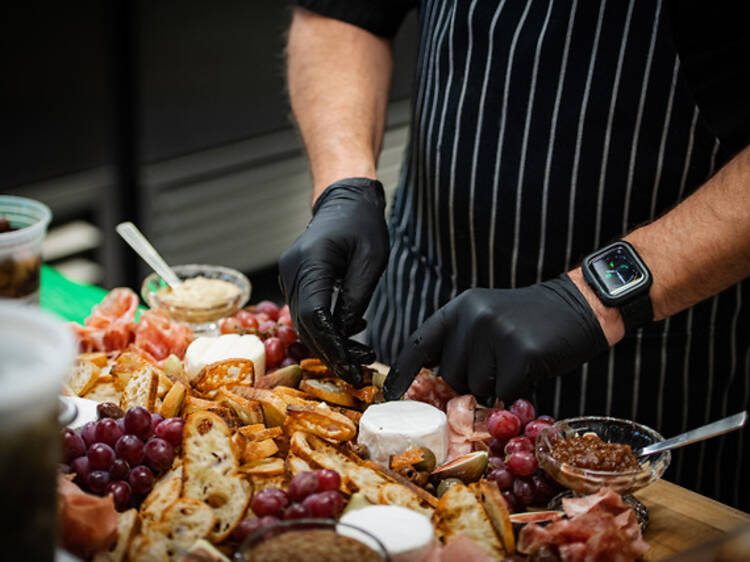 Photograph: Courtesy of The Bank

This palatial, all-day food hall fills three floors of a former bank building with bars and eateries. The Bank showcases six food vendors and a 33-foot full service bar under the soaring ceiling of its former lobby. Chow down on burgers from Station 8, ahi bowls from Poke Bros, and charred, thin-crust pies from Platypus Pizza. In the former downstairs vault, find 68 self-service taps where you can pour your own pints. On Sundays, the mezzanine swings with ballroom dancing and lessons.