Looking for a dish that's stood the test of time? The oldest restaurants in San Francisco have survived fire, flood and surging rent prices to remain some of the best restaurants in the city, even after a century on the culinary scene. Serving some of the best Italian, seafood and cocktails in San Francisco, these historic gems are worthy of your appetite. 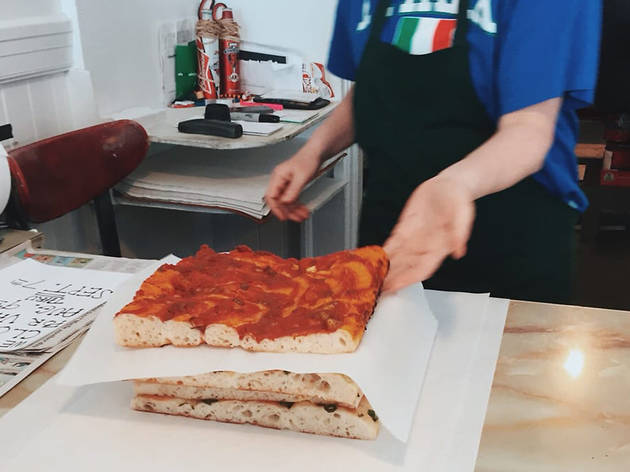 North Beach is famous for its quaint Italian charm and nowhere epitomizes that magic better than Liguria Bakery on Washington Square Park. Started by three Genovesan brothers in 1911 as a full service bakery, Liguria has, over the years, dropped all its offerings but one: foccacia. Each morning, Liguria sets out dozens of sheets of its buttery bread in flavors like pesto and cheddar jalapeno. Within hours, the focaccia is gone and the bakery closes its doors. If you want a taste, be sure to get there early. 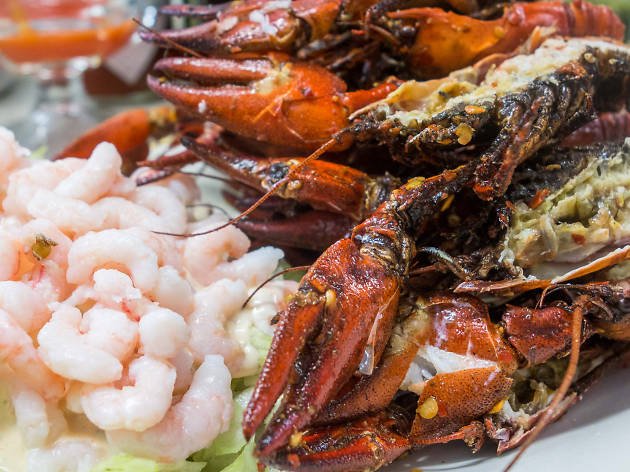 You might not notice this hole-in-the-wall Nob Hill seafood joint if it weren’t for the long line outside. Part market, part restaurant, Swan Oyster Depot has been hocking fresh seafood since four Danish brothers started the business in 1912. Belly up to the bar to indulge in local oysters, Dungeness crab, chowder and smoked fish. If you’re looking for something a little different try one of their secret menu offerings like Sicilian sashimi (thinly sliced raw salmon, tuna and scallops drizzled in olive oil) or Crabsanthemum (crab legs in a flower arrangement with Louie sauce). 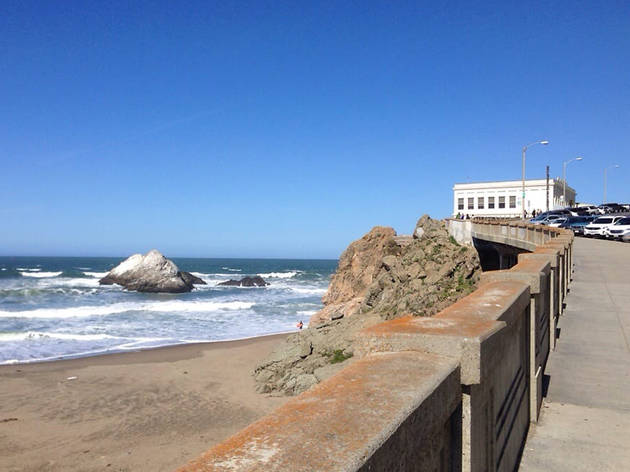 High above the Pacific Ocean, overlooking the historic Sutro Baths, stands the stoic Cliff House. Originally established in 1858, Cliff House was damaged in two tragic fires in 1894 and 1907, causing it to be rebuilt and renovated numerous times over the last century. The current building (its fifth) dates to 1937. The Cliff House boasts two separate restaurants, both famous for their Ramos Fizz (a gin drink made with egg whites and cream) and soft airy popovers. At the more casual Bistro, brunch on Eggs San Francisco, poached eggs with Dungeness crab in a brandy cream sauce. At upscale Sutro’s, classic meat and seafood dishes are perfect complements to the restaurant’s unbeatable sunset view. 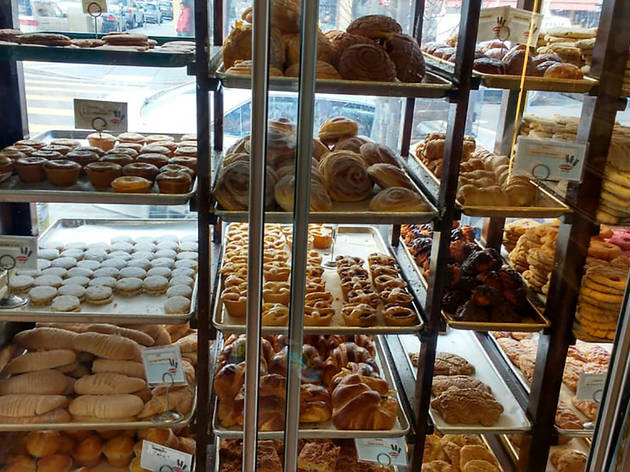 Technically La Victoria is only 67 years old, but its legacy lies in being a first in a long line of copycats. La Victoria brought Mexican pastries to San Francisco’s Mission District back in 1951, before the neighborhood earned its reputation as a Latino enclave. Today, across the street from its original location (it moved in 1955), La Victoria still sells colorful, traditional pan dulce like conchas (shell-shaped sweet buns), polvoron rosa (pink sugar cookies) and cublietes de queso (sweet cheese cupcakes). After falling on hard times a few years back, the panaderia expanded their offerings to include treats from small neighborhood bakers including vegan goods by Wholesome Bakery and El Porteño’s empanadas, but their original Mexican pastries remain the star of the show. 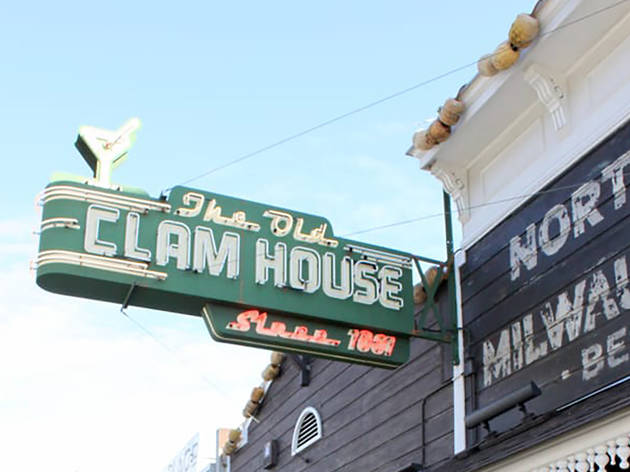 Of all the San Francisco neighborhoods known for their history and cuisine, Bayview-Hunter’s Point is not one of them. Yet there, in an neighborhood that is today largely industrial, is one of the city’s oldest restaurants: The Old Clam House. Established in 1861 near the San Francisco Bay, this seafood restaurant still serves drinks from behind its original 150-year old wooden bar. The Old Clam House offers mostly traditional seafood dishes like Clams Linguine, whole crabs and fresh fish prepared in one of five signature sauces. This classic joint is worth the trek outside the typical restaurant scene. 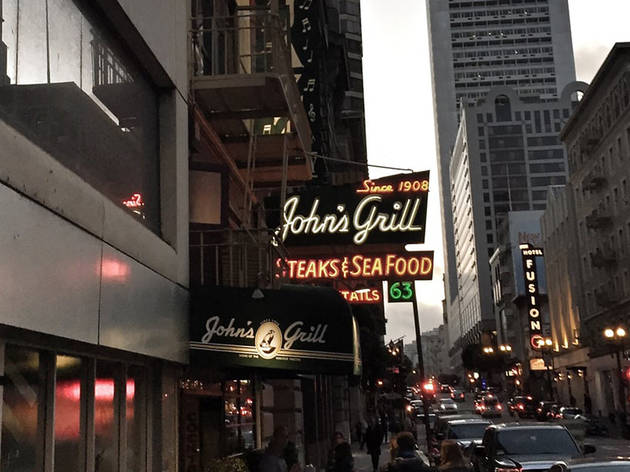 John’s Grill is quintessential San Francisco. Forever enshrined in Dashiell Hammett’s famous 1929 detective novel The Maltese Falcon, John’s dark wood-paneled dining room has hosted the city’s hoi polloi since 1908 and continues to be a stop for visiting celebrities and politicians. The restaurant features hearty dishes, heavy on meat and seafood, like Sam Spade’s lamb chops and their famed oyster’s Wellington (oysters, spinach and bacon baked into puffed pastry and bathed in sherry cream). 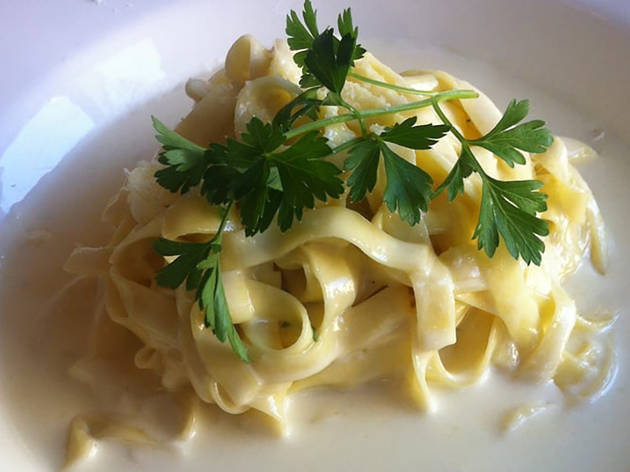 Like so many of San Francisco’s first restaurants, the original Fior d’Italia, opened in 1886, was destroyed twice by fire—in 1893 and following the earthquake of 1906. Today, the restaurant occupies the ground floor of the historic San Remo Hotel (after a 2005 fire forced it to leave its last location after 50 years). Despite the restaurant’s bad luck, its Northern Italian offerings have never suffered. Their assortment of rich dishes feature pastas made in-house and an extensive list of creamy Italian desserts including cannoli, tiramisu and panna cotta. 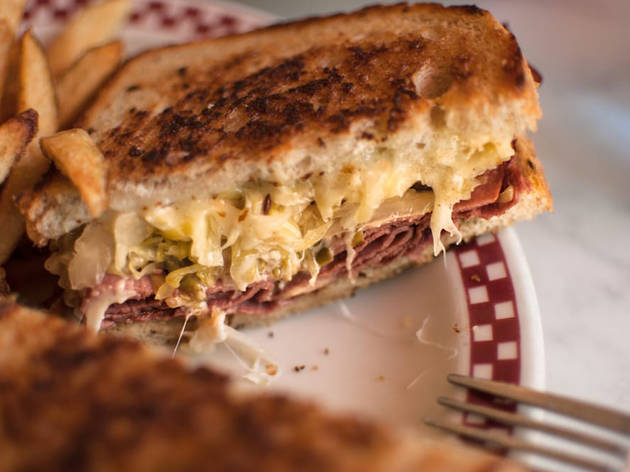 This no-frills brunch spot is one of San Francisco’s last real diners. Opened in 1918 as a family-oriented soda fountain, today St. Francis Fountain’s clientele is decidedly more hipster with menu offerings to match. Alongside classic fountain drinks like egg cream sodas and milkshakes, they serve up a variety of vegetarian and vegan options including the SF Reuben sandwich and the Devil Burger made with marinated seitan. Meat-lovers should order the Patty’s Meltdown, their version of an old-school cheeseburger on rye bread. 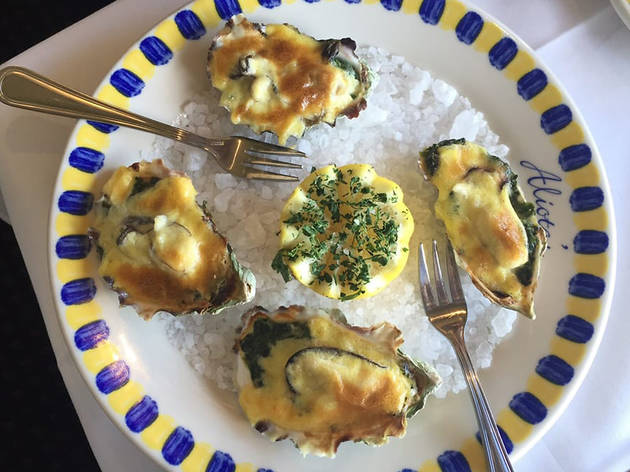 Fisherman’s Wharf is a labyrinth of seafood restaurants claiming world fame but there’s only one that really deserves the honor: Alioto’s. Named after Nunzio Alioto who began his business selling lunch to Italian dock workers out of stall #8 in 1925, the modest eatery expanded over the years to become a two-story, full service Italian seafood restaurant. Alioto’s offers surf and turf, heavy on the surf, with specialities like Nonna Rosa’s Crab Cioppino and house made seafood sausage. Keep an eye out for the restaurant’s two walls made entirely of clam shells eaten by patrons over the last century. 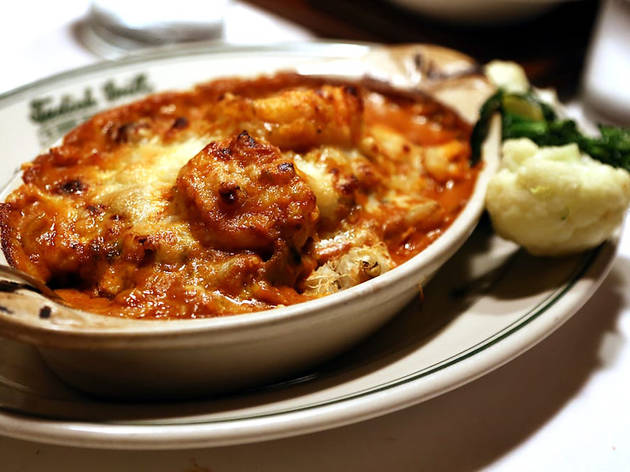 This James-Beard-award-winning restaurant got its start as a simple coffee stand in 1849. In 1887, a Croatian immigrant named John Tadich purchased the stand and renamed it Tadich Grill. Tadich’s original claim to fame was as the first restaurant in town to cook seafood over a charcoal grill in the Croatian tradition, a method that continues to draw patrons even after the restaurant moved to its current Financial District location in 1967. The charcoal grilled sole, halibut and swordfish remain Tadich mainstays alongside other succulent seafood dishes. 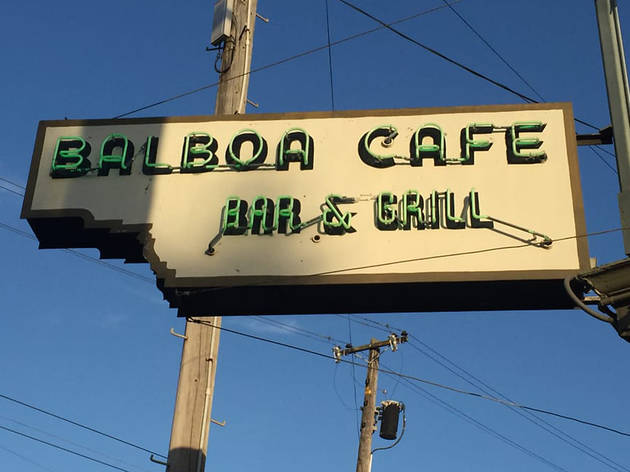 This elegant saloon has changed very little since opening its doors in 1913. Behind the long wooden bar, the bartender mixes traditional cocktails like Manhattans and martinis that pair perfectly with the café's classic dishes such as crab cakes and asparagus and goat cheese arancini. Just as popular for brunch as it is for happy hour, the Balboa is a classic San Francisco mainstay. Stick around after hours to experience one of the Marina’s more mature drinking options. 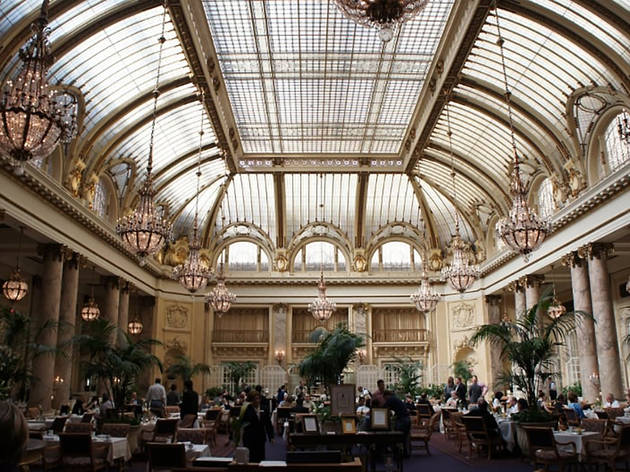 Garden Court, the ornate Italianate dining room inside the Palace Hotel, was opened in 1909 to great acclaim. Accented by Austrian crystal chandeliers, gilded archways and a multi-million-dollar stained-glass dome, Garden Court remains a living monument to opulence and charm—and even received historical landmark status in 1969. The hotel restaurant is open daily for breakfast, lunch and dinner. For a real treat, take a seat for the restaurant’s lavish Saturday afternoon tea complete with tiny sandwiches, scones and Champagne. 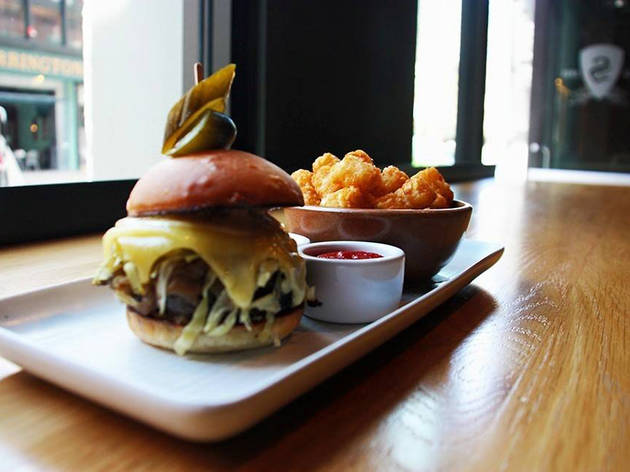 For most of its history, Schroeder’s Bavarian beer hall catered only to men. Like others of its age, the original restaurant, established in 1893, was lost to a fire following the 1906 earthquake but even after its reconstruction in the Financial District, women were unwelcome until the 1970s. Today all genders make merry at the recently remodeled Schroeder’s, featuring a new facade and communal seating and their menu still offers some of the best German food and drinks around including a variety of “wursts” and schnitzels and the mother of all beer options, “das boot.”