Hall of Fame at Kampong Gelam 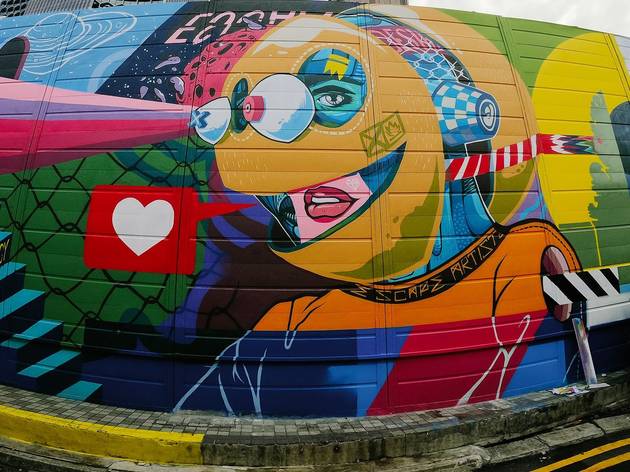 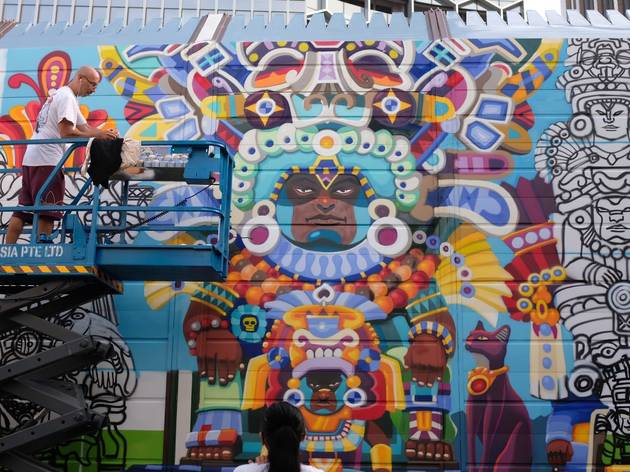 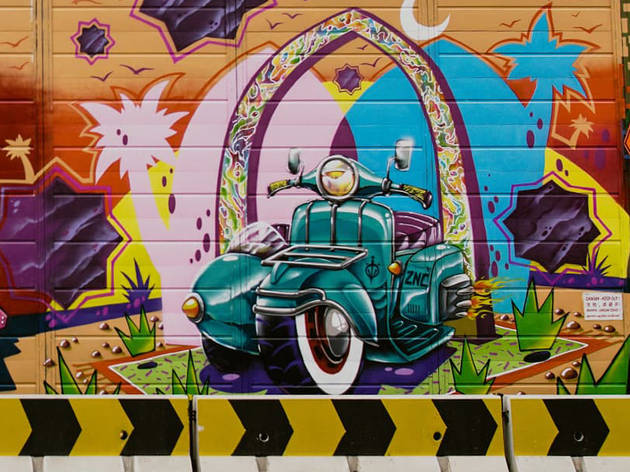 Those familiar with urban art speak would have heard of the Hall of Fame, which refers to a space legally dedicated to street art. Some of the major cities in the world – including New York and Sydney – have said spaces where artists can work their magic.

Southeast Asia now has its first official Hall of Fame – and it's located in Kampong Gelam. We couldn't think of a more apt neighbourhood or location for it to be erected. After all, the enclave has long been famed for its colourful street art splashed across its back alleys. In 2019, it welcomed Singapore's first outdoor gallery, Gelam Gallery.

The newly minted Hall of Fame is Kampong Gelam's latest addition to the art that permeates the neighbourhood. But here's the interesting bit: a construction site has become an unexpected canvas for art.

Spread across Bali Lane and Ophir Road, the project is inspired by the precinct's iconic role in nurturing the local street art scene. The metal canvases – spanning an impressive 230-metres and standing five metres tall – were erected as noise barriers for ongoing construction on the North-South Corridor.

The Hall of Fame features 17 Singapore-based artists, most of which are no strangers to dreaming up colourful murals in Kampong Gelam. You'll find the familiar works of Didier Jaba Mathieu, Slacsatu, ZERO and ANTZ alongside up-and-coming names like Jojie Atomick and Studio Moonchild.

The Hall of Fame is an initiative by One Kampong Gelam and the Singapore Tourism Board. Alongside the newly launched 'outdoor gallery', you can also expect exciting activities like artist-led spray painting workshops and insider tours of Kampong Gelam.

If you want a cheeky sneak peek before you head down, check out the Hall of Fame microsite.