Bars and pubs Raffles Place
Recommended
4 out of 5 stars 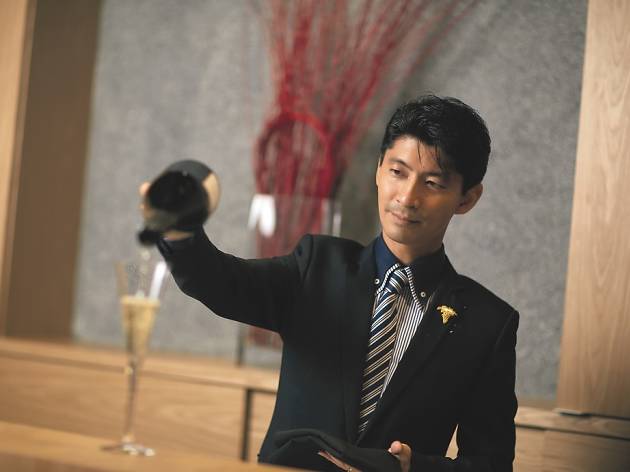 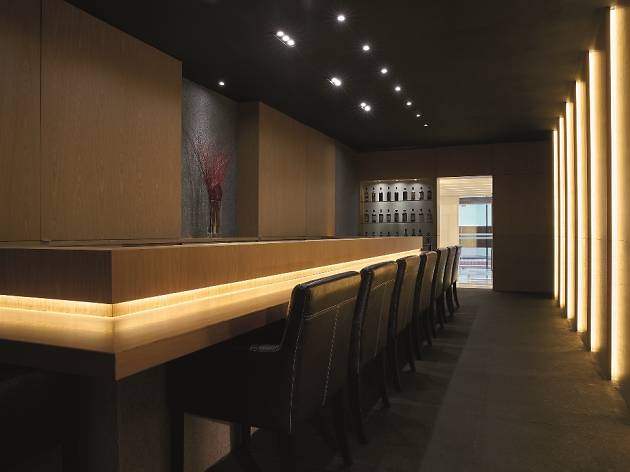 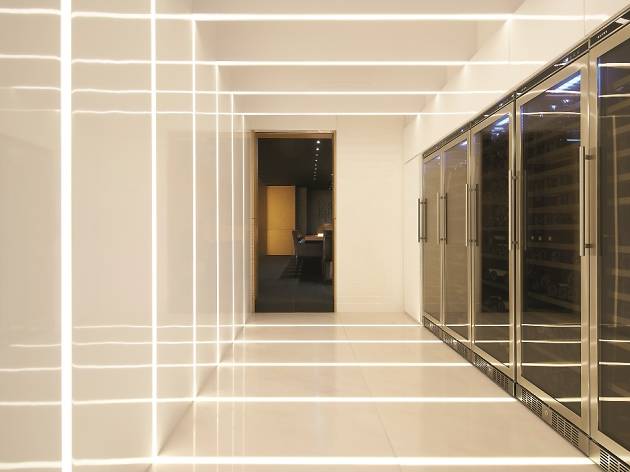 After years serving as the playground to drunken partygoers, Upper Circular Road welcomes refined wine and whisky bar, La Terre, into its fold. To get into the small sipping room, dominated by a bar counter for 14 in swirls of Japanese cedar, you're first blasted with bright white light from the chamber housing chilled bottles. Except you're not here to take a Men in Black-style 'series of simple tests'.

Whether you leave with your memory still intact depends on just how much you're willing to spend – and you'd best prepare your wallet for a beating. Japanese sommelier Daisuke Kawai turns a career recommending you a bottle to go with your food into one where he picks you a bottle, just because. The former Les Amis somm pairs up with WWWConcepts – known for more raucous establishments like TAP, Mariko's, Bartini and Hombre Cantina – to lend the F&B group some credence in the wine realm.

And La Terre is probably the deepest WWConcepts has delved into its beverages. The wine list comes as an imposing book, which starts with vague mention of drinks by the glass ($18-$25), then flings you into the deep end of over a thousand labels of champagnes, red and whites, and whiskies, with the balance tipped heavily in France's favour. A 1999 bottle of Henri Jayer Vosne-Romanee Cros Parantoux from Burgundy, a headline-grabbing hot favourite at wine auctions, tops the price list at $23,006.

In contrast, Kawai is all smiles and succinct when introducing the house bottles and the night's by-the-glass specials, which, on our visit, peak at $40 for a pour of rich, plummy Spanish 2005 Mont Sant Espectacle grenache. The pocket-friendlier Pierre Morin Sancerre white ($20), in comparison lets on hints of citrus and minerality. To have with the plonk is a small menu of finger food: the duck rillette ($12) is an absolute treat when heaped on tiny rounds of pale, fluffy baguettes, while the saucisson ($12) slices complement lugs of wine with a good dose of salt and umami.

On the whisky end, Kawai has stocked one of the more extensive collections of Japanese Karuizawas ($1,632-$44,188) with a few available to sip on by a free-poured dram, as well as four-digit Chichibus, Hanyus and Port Ellens. We settle for a measure of Suntory 1981 Kioke Jikomi ($30), which he serves without trace of judgment when we ask for the cheaper of his two suggestions.

Still, the air inside the echoey space feels stiff – which isn't helped on by the tinkling jazz tunes and the notion that hidden behind the room's wooden panels are liquids that are priced many times more than your first HDB downpayment. Not that we won't offer a polite golf clap for the impressive collection of wine and whisky that Kawai has put together at this little temple to a refined drinking experience.