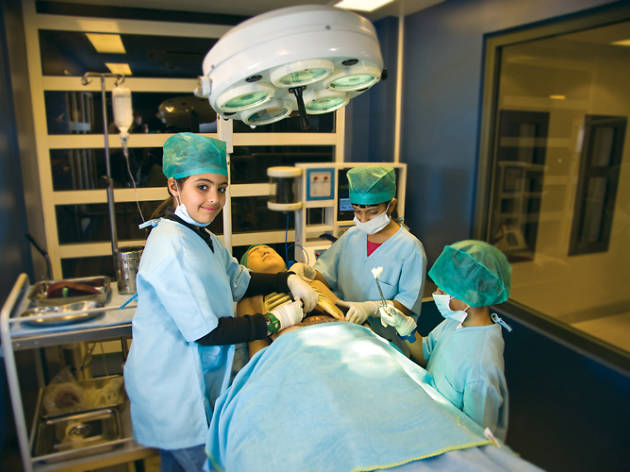 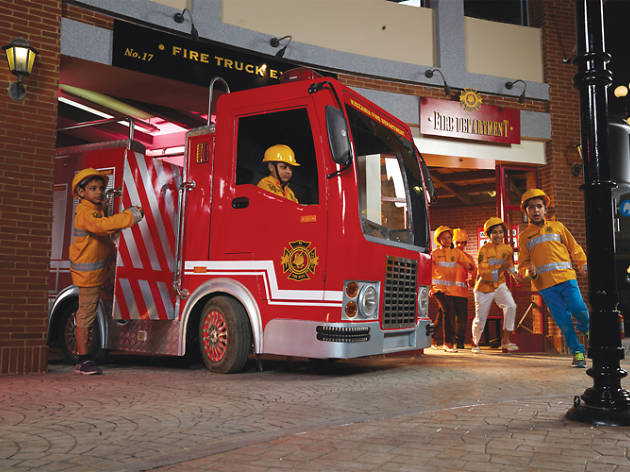 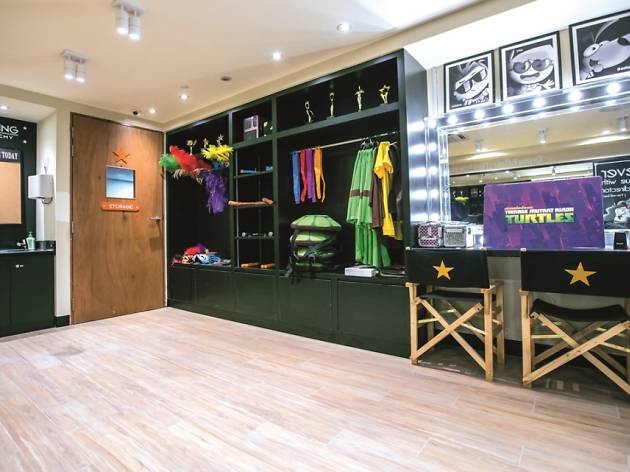 They say that we never actually grow up. We just become good at pretending. And at KidZania Singapore, your children will be really good at faking it (hopefully ’til they make it). The island’s newest edutainment centre is literally a city within a city. And spread across the massive facility are dozens of ‘real-world’ venues – scaled down, of course – where little ones can learn about being a firefighter, policeman, actor… you get the drift.

Like its 22 counterparts around the world, the Singapore playground is developed in consultation with child education experts and supported by legit brands to complement learning experiences. And since activities here are designed for children aged four and up ($25/two to three-years-old, $58/four to 17-years-old, $35/adults), nearly everybody can get in on the fun. Here are the places your kids can choose to ‘work’ at.

You need to walk before you run, but why run when you can fly? One of the first things visitors will notice here — and it's impossible to miss — is the full-winged fuselage of a Boeing 737 within the indoor city. This is ground zero of the Aviation Academy, where your child will get to pretend to be a pilot in one of the full-fledged simulators on site.

When there’s a fire in the neighbourhood, who you gonna call? One of the most popular establishments in KidZanias around the world, the fun-sized fire station – approved here by the SCDF – teaches kids about fire safety and prevention. After suiting up, they’ll get to hop on a fire engine and put out a raging (yet controlled) blaze at a nearby ‘hotel’.

Safety is guaranteed at the park, because they even have an on-site hospital, complete with an operating theatre, nursery, CT scan room and Accident and Emergency department. The kid-sized doctors here will be able to play paramedics, learn life-saving techniques and respond to emergencies around the city (remember that fire?) They can also choose to be surgeons and operate on patients on the spot. Oh, and the parents are the patients.

Playing the role of a crime scene investigator, your kid will put on their gumshoes to solve a case by exploring nooks and crannies of KidZania. However, walking around with a badge (don’t worry: there are no guns) doesn’t make you a cop just yet. Kids have to work with others as a team, maintain a sharp eye and speak to suspects in order to solve the mystery.

The name of this attraction sells itself, but there’s more to the Paddle Pop factory than meets the taste buds. As ‘professional’ ice cream makers (complete with aprons), kids will discover how to make cold lollies, as well as tweak recipes to produce healthier versions of their favourite dessert. And yes, they’ll get to take home their very own creations.

The Mountaineering School is one of two in the world and the only one in South-East Asia. Consisting of various obstacles spread across three levels, the School gives children the chance to discover their adventurous spirit and conquer their fear of heights. Take note, however, that this attraction has a minimum height requirement of 130 centimetres.

This is where it gets super meta: at the Acting Academy, children get to pretend to be adults who pretend to be other adults. It’s the perfect opportunity for kids to develop confidence, on and off the stage. The best part about this? Rather than spout Shakespeare, the kids get to dress up and perform as their favourite Nickelodeon cartoon characters.