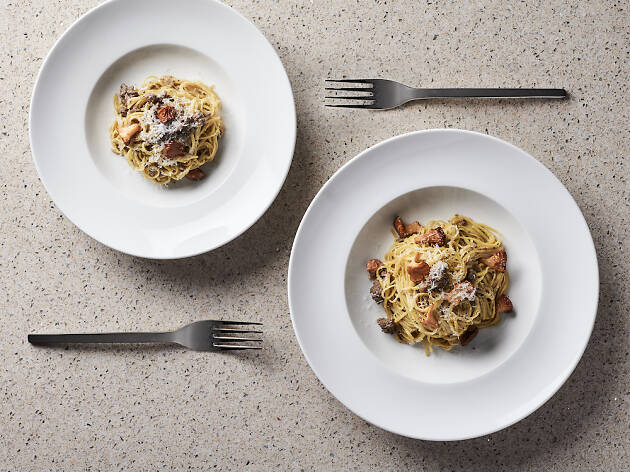 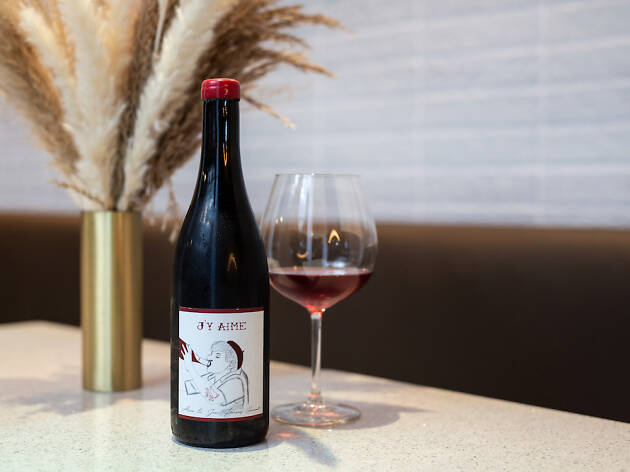 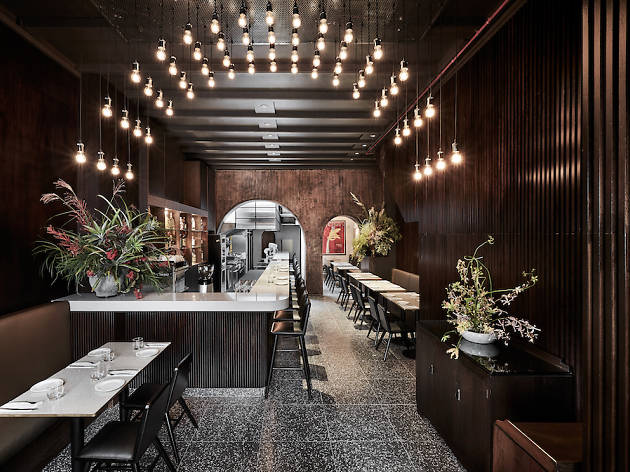 Can a Singaporean chef – who's never even stepped foot in Italy, we might add – make pasta better than the Italians? At Bar Cicheti on Jiak Chuan Road, the answer is a resounding yes. The concept is the love child of chef Yew Aun Lim, who trained under chef Seita Nakahara at L'Opretta; restaurateur Liling Ong, who also runs Fynn’s and the original Cicheti on Kandahar as well as sommelier Ronald Kamiyama, who runs one of the city's best natural wine programmes here.

The mostly handmade pastas are done fresh by Aun and his team at Bar Cicheti's open kitchen. On its spring menu are creations like the bucatini ($30) a thick and hollow noodle soaks up the fragrant saffron broth it's cooked in and finished with spring peas, seared Hokkaido scallops and citron zest. Another winner is Aun's take on classic Italian pesto: spaghetti ($28) is tossed in a blend of jalapenos and basil before it's twirled together with pistachios, pine nuts and ricotta salata.

The small plates are not to be missed too. Lingua di Manzo Tonnato ($18) makes an offal eater out of any non-believer. Braised beef tongue is charred and topped with caramalised onions and an aioli of mayo, tuna and anchovies – talk about an explosion of flavour. There's also the ever-popular Salvia Fritta ($8), sage leaves that are battered and fried before being dusted by maldon salt because sometimes, simplicity is all you need.

But if it's complexity you're thirsting after then Ronald's collection of wines should do the trick. Natural wines feature prominently on the list with options like the 2017 Pojer e Sandri 'Zero Infinito' Frizzante, Trentino-Alto Adige, Italy, an unfiltered pét-nat with bright citrus notes that pair well with seafood dishes. But fret not, classic old world-wines and bottles of amaro are on the menu too.