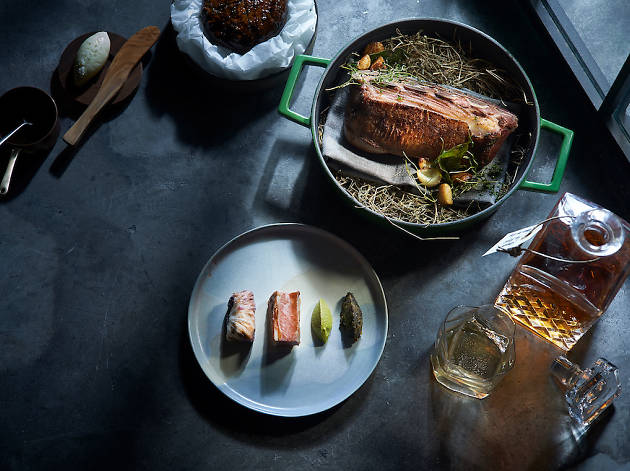 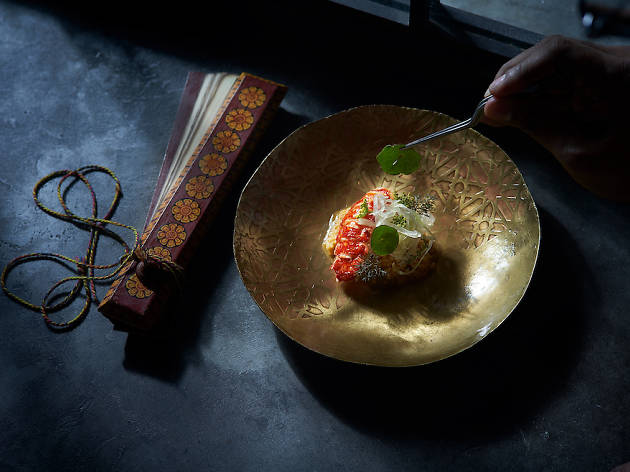 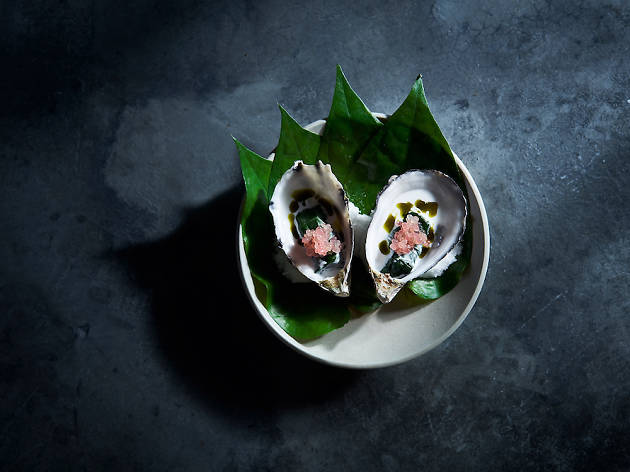 Rishi Naleendra is a prodigy among chefs. As the son of a restauranteur-turned-caterer, he grew up in Colombo around food, waking up in the early hours of the morning to watch his dad cook. It was a tough life, and one that he didn’t want for himself. He moved to Melbourne to study architecture but the electricity of the city’s restaurant scene drew him back to the kitchen. He cut his teeth in establishments across Australia – from the modern Taxi Kitchen to the acclaimed Tetsuya’s in Sydney – before landing in Singapore in 2014. He opened Cheek by Jowl in 2016. A year later, he became the first Sri Lankan-born chef to earn a Michelin star for his restaurant. And three years later, he shut it down.

Stepping inside Cloudstreet, you immediately understand why Cheek by Jowl, despite all its success, wasn’t enough. Cloudstreet is the purest expression of who Rishi is – his composition, complexities and contradictions. It’s deeply personal, with pieces of him littered throughout the bigger and bolder space: his paintings of women in the nude line the walkway to the powder room; chandelier from the former restaurant is now draped in fabric softens the rays passing through the skylight; and the glossy emerald tiles that serve as the backdrop to the open kitchen should trigger some association with the old Cheek.

The food is Rishi on a plate, remixed in his own special way. It takes you on a journey of the different cultures and influences, breaking away from the modern-Australian cocoon he was contained within at Cheek. The metamorphosis is apparent from the first bite of grilled Coffin Bay oyster wrapped in betel leaf swimming in a pool of coconut milk and finished with citrusy pops of finger lime. This inventive streak that blends disparate worlds continues throughout the meal. The expertly grilled Western Australian marron served with millet cooked in a mellow Sri Lankan yellow curry is all at once familiar, comforting and extraordinary. As is the grilled lamb saddle, even though it’s easily overshadowed by the smoky and meaty parcel of roasted young jackfruit next to it. But the most understated star comes in the form of a loaf of bread. Rye flour is mixed with local stout to make a dense, almost cake-like bun that’s glazed with molasses. It’s perfect on its own, but when nibbled between sips of 2008 Claus Preisinger Paradigma, its liquorice notes sing.

Just like food, the wine programme is impressive, featuring over 350 labels of mostly small, independent winemakers as well as classics. Curated by sommelier Vinodhan Veloo, who was most recently at Odette, pairing options are available alongside Cloudstreet’s five ($168) and seven-course ($198) menu. Fans of a power lunch can also head down from noon for a three ($68) or five-course ($118) powwow.

“I’ve been waiting my whole career for this,” Rishi says at some point during the meal. But he doesn’t need to. His heart and soul are written into the walls of Cloudstreet. The obsessive attention to detail – in design, service, food and drink – can only be found in a place by someone who’s spent his whole life dreaming of this restaurant.

Time Out Singapore reviews anonymously and pays for all meals. What the stars mean: