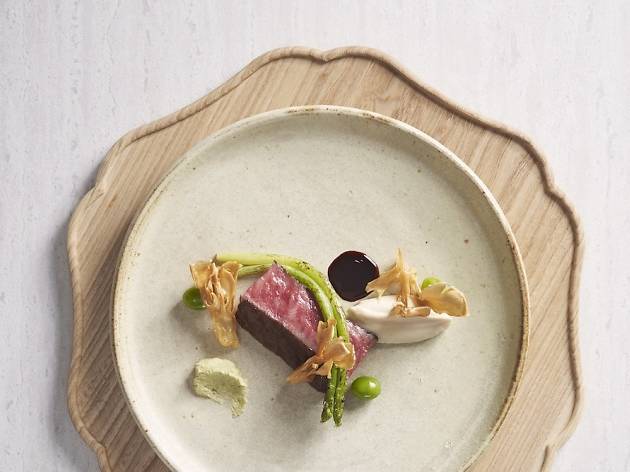 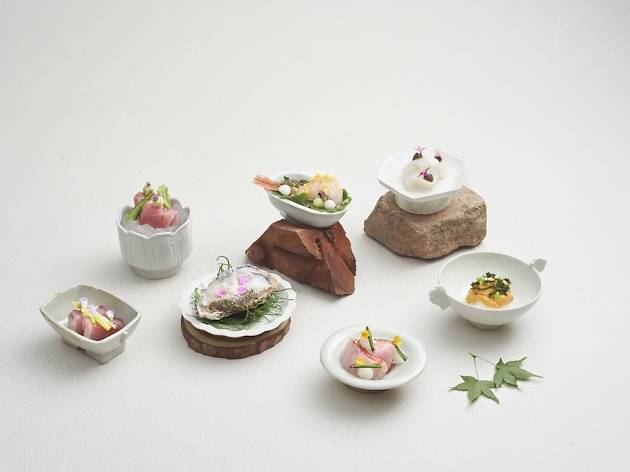 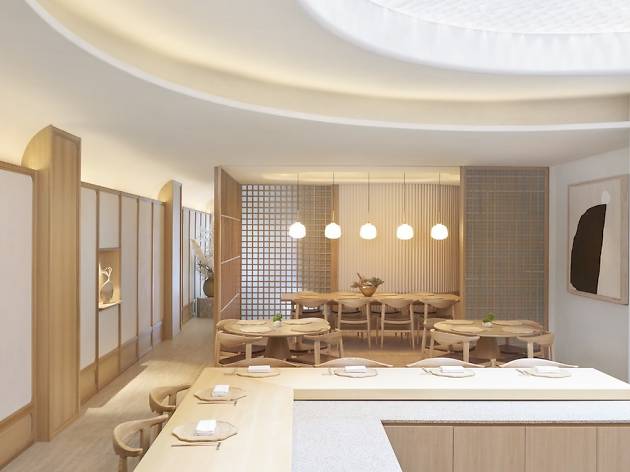 The first half of the year looked bleak for Singapore’s fine dining scene with the closure of big names like Restaurant André and Joël Robuchon. But now that we’re at the tail end of 2018, things are finally looking up. From the launch of Zen, the brainchild of Bjorn Frantzen of three-Michelin-starred Frantzen in Sweden to new fine-casual concepts like Basque Kitchen by the former head chef of Iggy’s Aitor Jeronimo Orive, a restaurant renaissance is upon us.

Leading the revolution is Esora. The Lo & Behold Group’s first Japanese establishment is a treat for the senses. Even at night, the space looks washed in natural light streaming in from its cloud-like washi paper dressed skylight. It casts a warm glow on velvety smooth yellow cedar wood counter where the magic happens. There, chef-owner Shigeru Koizumi prepares kappo-style cuisine with utmost precision. Bringing together his experience cooking at three-Michelin-starred Nihonryori Ryugin in Tokyo and Singapore’s very own two-Michelin-starred Odette, he welds modern cooking techniques with an obsession over produce to create the perfect dining experience.

The menu changes almost every week, following the micro-seasonality of ingredients, so you never really know what you’re going to get. The only choice you get to make is if you want the five-course lunch menu ($128), seven-course ($218) or nine-course ($278) dinner menu, or the more premium and customisable chef’s menu ($348) and if you’d like to pair your meal with alcohol ($48/$88/$118) or house-blended teas ($28/$38/$48). You’re then left in the deft hands of Koizumi, who shows off his mastery from the first thing to touch your lips – a simple bowl of dashi. A cornerstone of Japanese cuisine, the savoury broth is both intense and smoky as well as light and harmonious, striking a delicate balance he manages to toe throughout the dinner. He achieves it in snacks like the foie gras monaka, creamy foie gras torchon sandwiched between two thin Esora-branded wafers alongside exquisitely ripe figs, kaffir lime leaves and peanuts for a touch of Southeast Asian influence and genius. Other strokes of brilliance include the horsehair crab chawanmushi served at the middle of the meal instead of at the start – switching up the pace before the punchier mains like the omi wagyu from Shiga prefecture drizzled with aged akazu vinegar arrive.

Like all good stories, everything comes full circle at the end when a pot of akamutsu donabe lands at the counter. Koshihikari rice from Niigata Prefecture is cooked in a customised claypot for and topped with fatty blackthroat seaperch that’s grilled over charcoal.  Dainty pearls of ikura are then spooned into your bowl – there’s no gimmick here, just salmon roe harvested at their prime, instead of the frozen stuff you can get throughout the year. Over and over again, chef Koizumi shows us what Esora is all about: modern and elegant yet deceptive in its simplicity. If God is in the details, then we’ve found a slice of culinary heaven here on earth.