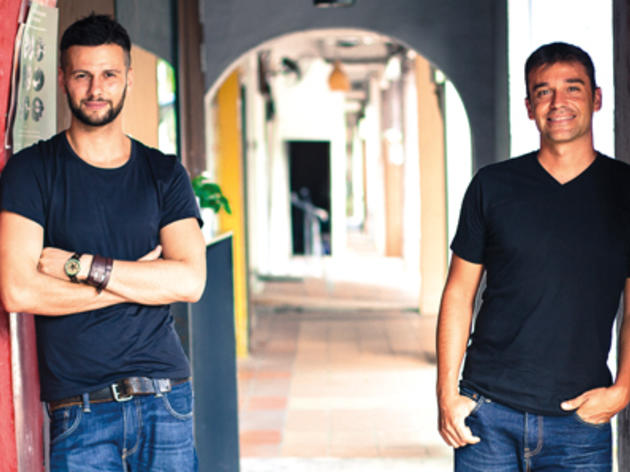 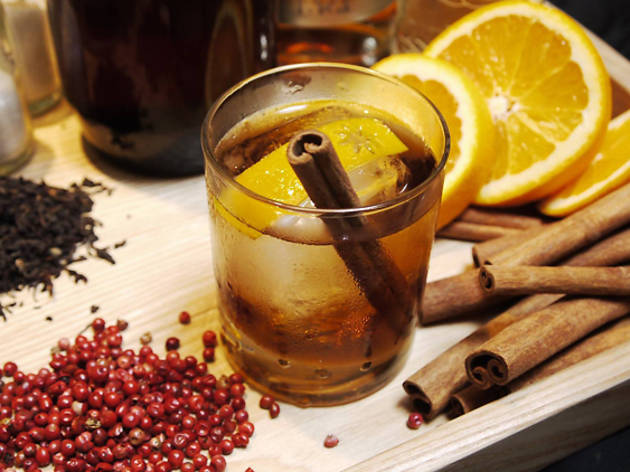 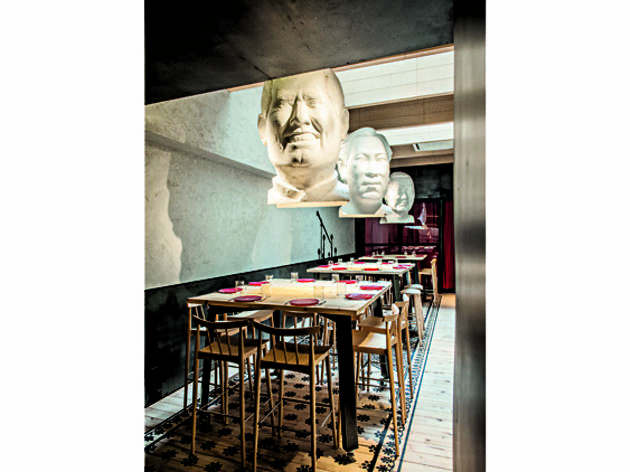 The forerunner in the new wave of super-chefs to set up shop in Singapore over the next few months is Michelin-starred Nandu Jubany, the culinary mind most noted for his 19-year-old Catalonian restaurant, Can Jubany, and restaurateur/ consultant to others in Spain. Jubany makes his debut outside of his home nation with FOC (say: ‘fock’, not ‘eff-oh-see’), a tapas joint on Hong Kong Street, fronted by ex-Foodbar Dada’s Jordi Noguera and Catalunya’s charismatic former barman Dario Knox.

Given the culinary pedigree of the restaurant, we really wanted to love it. The quirky, cool décor includes cheeky paper busts of FOC’s key players – they take the form of sculptures above the open kitchen and lamps above the larger alcove seats – painted donkeys hiding behind curtains, a classic motorbike parked above the door, and pepper mills and olive oil decanters turned into lighting. For a restaurant on the quiet flank of South Bridge Road, it’s got the energy nailed, and dining here always feels like a fun Friday night out.

The small plates, however, lack that fiery personality. For a cuisine that’s more often accused of being too in-your-face, Jubany and Noguera have waved a too-refined hand over the plates, turning out under-seasoned gambas ajillo prawns ($18) and duo of mini pork taco cochifrito ($14). The confit pork belly with puréed cauliflower between fat and crispy skin ($14) lacks any serious savouriness, and the baby squid with wet, spongy egg ($18) is bland with sudden spikes of saltiness. Slices of tender octopus on charcoal oilfinished mashed potato ($22) had an odd fusel twang that lingered.

With these kinks fixed, you’ll never feel like eating here is money squandered. Four dishes will do well to fill two and you also get a good amount of protein on each plate, with the exception of the Josper-finished squid ink paella ($22), which comes sparsely garnished with four tiny shrimp and clams. For now, you won’t go wrong with tapas classic patatas bravas ($8), cleverly shaved and rolled to maximise its crisp and umami-rich scallop with spherified soy pearls ($16). Bread soaked in milk, vanilla and orange peels then baked – a classic Spanish cake named the torrija ($10) – is a must-order for its gooey inner and crisp outer combo that will have you hankering for your next fix.

Where FOC will blow you away is in its cocktails ($13-$24), served all day. You almost must have one because of how cheap they start – the passionfruit-honey-lime Night in Rio ($13.50) and lavender and lemon Madame Butterfly ($13) are good bets – as well as the craft and ingenuity put into them. The 35-day barrel-aged rum, tequila and vermouth-heavy Extra Vieux Carre ($22) arrives as an empty glass of ice cubes for you to stew over, before a waitress furtively slips a thick book with pages carved out for the pink drink in a bottle on the table.

The absolute beauty of the cocktail menu is the clever, user friendly diagrams indicating the ingredients and concentration of each in the mix, the keywords to describe each cocktail, and a graph charting them on bitter, dry, sour and sweet scales. For all its flaws, FOC still packs promise, and the crowds that pack it for lunch and dinner can attest to that. Reserve, and reserve early. We look forward to returning when they’ve found their feet after this initial opening rush.