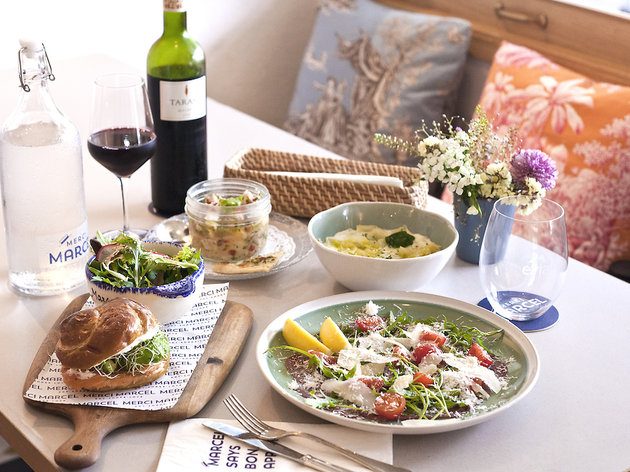 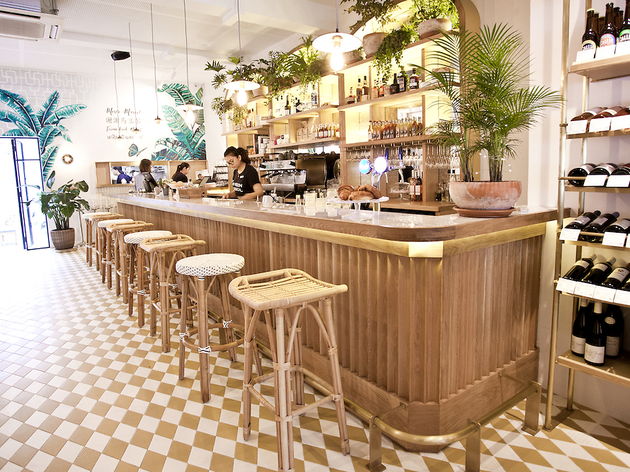 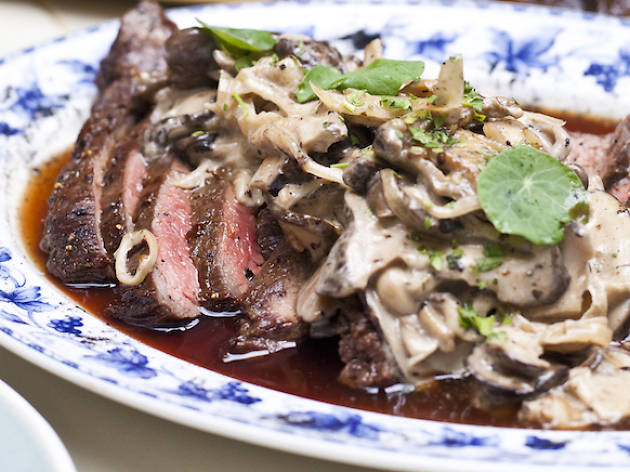 We're all guilty of it. Mindlessly scrolling through Instagram, double tapping perfectly-styled #foodporn pics and putting the restaurant on our list of places to try, just because it looks good. It’s a strategy that brings in the crowd – so it’s understandable why the team behind Merci Marcel, which also runs Ô Comptoir and Ô Batignolles, has made this new French eatery as photogenic as possible. Potted plants line the rattan bar and there’s garden space out back that’s drenched in sunlight. It’s a beautiful place to kick back and while the afternoon away – as long as you don’t come with high expectations for the food.

In the day, expect ’grammable brunch requisites such as eggs benedict ($21) and French toast ($17) alongside more uncommon imports like marinated crab tartine ($18) and ravioles de royans ($18). The Benedict sees eggs served atop a slice of bread and layered between crispy Bayonne ham and grease-soaked grilled portobello mushrooms, resulting in a soggy and unctuous spoonful that even the hollandaise can’t mask. The French toast fails to excite with its plain and dry slices of brioche, stewed berries and not enough honey while the marinated crab tartine reminds us of kani mayo sushi you’d find at the supermarket – except with barely any crab and more mayo. The ravioles de royans is thankfully a saving grace. The pasta stuffed with Comté cheese is brought in from France and cooked in a rich cream sauce before pretty rosettes of Tête de Moine cheese are shaved on top.

As day turns into night, the menu changes as well. The focus shifts to French social dining, which just means you’re supposed to order different dishes to share. There’s a pleasant enough black pepper encrusted tuna ($25) that comes drizzled in a yuzu and soy vinaigrette. There’s also a thoroughly disappointing pork tenderloin ($24) that’s not tender in the slightest and dry to the point that it’s hard to swallow. And there’s a 400g cut of Australian angus beef ($39), sliced and covered in creamy mushrooms. But a quick survey of the other tables reveals that some steaks are bigger than others and might be entirely different cuts. Strange.

Like our mama always said – it’s what’s on the inside that counts. So no matter how good looking Merci Marcel might be, we won’t be back if the food fails to satisfy.