Restaurants, Chinese Orchard
2 out of 5 stars 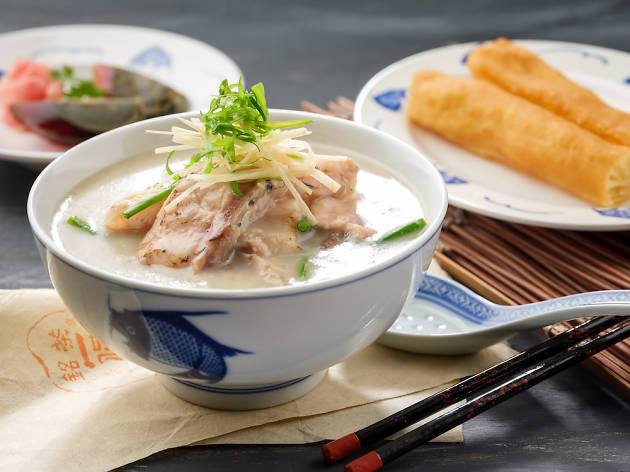 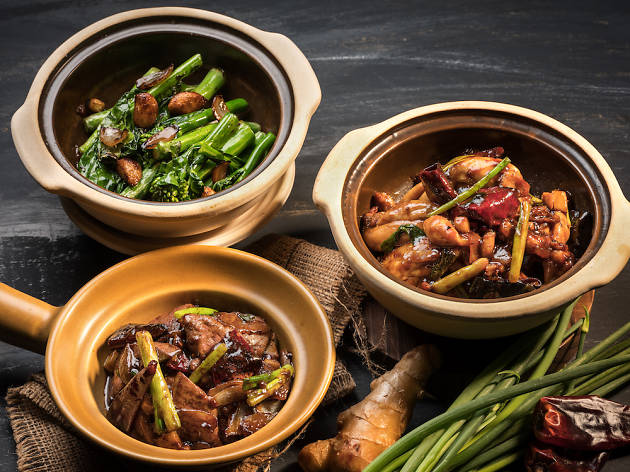 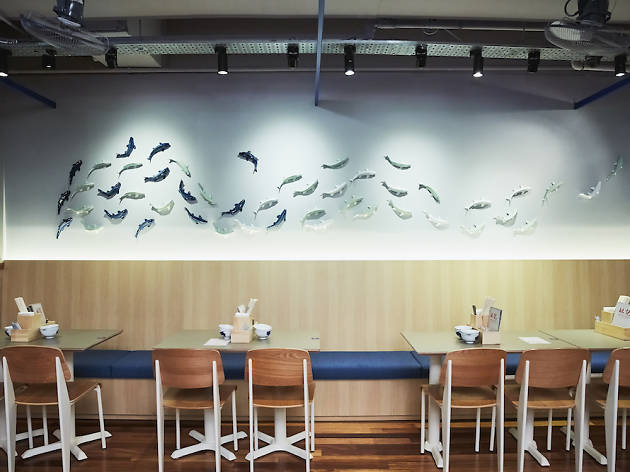 Let's cut to the chase, Mui Kee Congee is not worth the hour-long wait. Think of all the adjectives used to describe a good bowl of porridge: silky, thick and comforting... Instead, it’s lumpy, thin and disappointing. Not at all what we'd expect from a Hong Kong institution that’s been around since 1979.

The 50-seater packs diners chock-a-block, adding to the whole sharing tables at a dai pai dong in Mong Kok feel. Except it’s not a street stall – it’s Les Amis’ latest venture. There’s a wall lined with porcelain fish swimming towards the kitchen, a counter covered in mahjong tiles and blonde wood shelves housing those iconic bowls emblazoned with a blue fish.

With fish being such an obvious theme, it’s no wonder the parrot fish belly congee ($11.80) is a bestseller. But the porridge is bland and the consistency is more watery compared to other Cantonese porridge joints around the block. The threadfin belly premium congee ($18) Mui Kee Congee fares better. Smoky wok hei is imparted to the congee by firing up the threadfin with Chinese wine in a wok before it’s added to the porridge, which has already been cooking for five hours. Just be sure to mind the small bones.

The real stars of the show are Mui Kee’s claypot dishes that are only available during dinner. The frog legs with ginger and spring onion ($22) are coated in a light and sweet sauce instead of the usual dark gravy, allowing the frog’s delicate meat to shine. The beef brisket ($18) is spoon tender with luxuriously thick cuts of tendon drenched in a sauce best used to inject flavour to the otherwise tasteless porridge. And the pork liver with ginger and spring onion ($15) is one of the best renditions of the dish we’ve ever tried. Perfectly pink in the middle and not gamey in the slightest, this should be the new gold standard for pork liver everywhere.

But even the best liver can’t mask the dull taste left by the congee. With so many other eateries along this buzzing stretch of Claymore Hill, we’re certain Mui Kee will join the ranks of its neighbours Tsuta and Kam’s Roast – the hype will die, the queues will disappear, and maybe then we’ll return for its cheapest bowl of congee as an accompaniment to those amazing claypot sides.