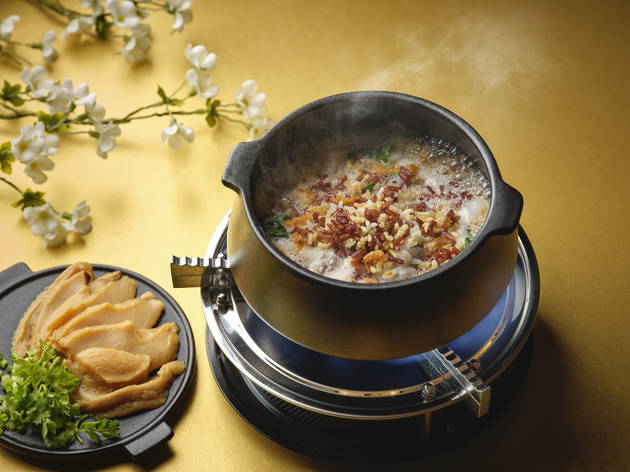 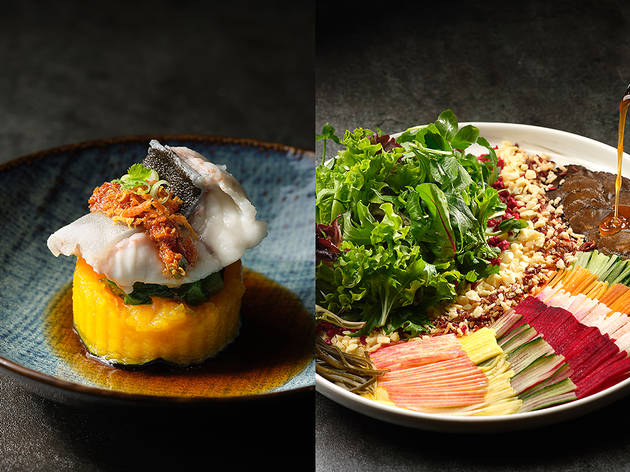 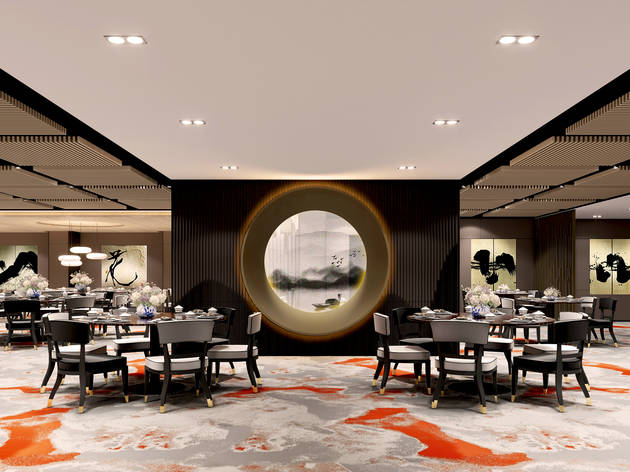 Most might know Si Chuan Dou Hua Restaurant at UOB Plaza, where spicy Sichuan dishes are served alongside panoramic views of the city. But away from the hustle of the CBD lies another of its outlet, hidden from plain sight on the third level of PARKROYAL on Kitchener Road. And its latest makeover provides new reasons to seek out the restaurant.

For one, the interior has been spruced up to create a brighter, more modern aesthetic. The entrance spotlights a traditional landscape painting, and soundtracks of birds chirping over the speaker help lend a soothing vibe. Undulating timbre panels bring to mind the gradient of mountains, and cupboards are designed to resemble medical chests.

Beyond its signature mainstays of diced chicken with dried chilli (from $22) and twice-cooked pork slices (from $22), there are new creations on the menu worth trying, too. A must-order: the Exotic Garden With Black Truffle In Osmanthus Sauce (from $98). What was created as a healthier variant of yusheng grew too popular that the dish is now a permanent fixture on the restaurant’s menu. Colourful vegetables of white reddish, carrot, cucumber, beetroot, mango, beansprouts, and more comes served in a spinning ice bowl. To enjoy, toppings of black truffle sauce, osmanthus sauce, crispy soybean crumbs are thrown in before tossing everything together. 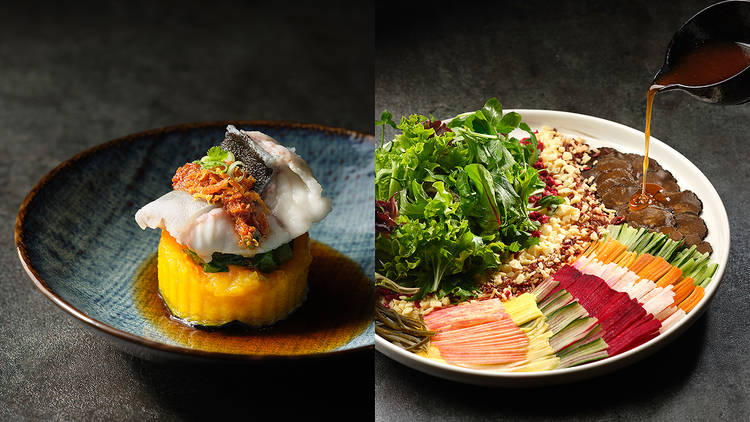 Other highlights include the steamed eel ($22) that comes perched atop sweet pumpkin, finished with a drizzle of soy sauce – a playful take on the usual Chinese fish dish. Save room for the crispy brown rice ($78), a comforting dish of crispy rice puffs soaked in stock, and lavished with scallops, prawn, sakura ebi, conpoy, preserved vegetables, and slices of two-head abalone.

Don’t leave without trying some beancurd – an ingredient that the restaurant takes pride in making from scratch. Sample it in varying softness and textures with the signature beancurd medley (from $26), which comes with the usual soy version, and a colourful creation made using purple rice. Or try it as is in the homemade purple rice beancurd ($6.80).