Restaurants Tanjong Pagar
3 out of 5 stars 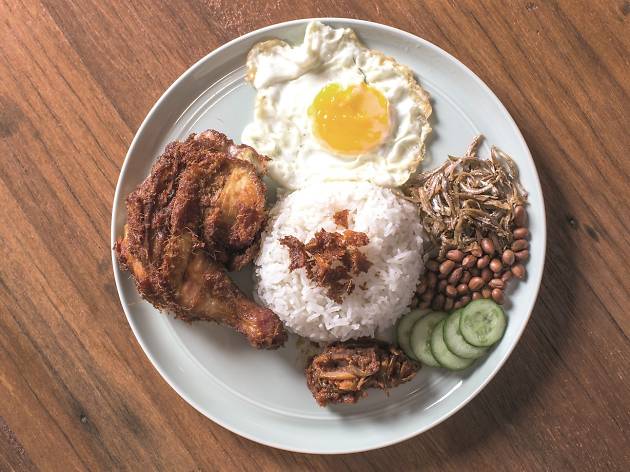 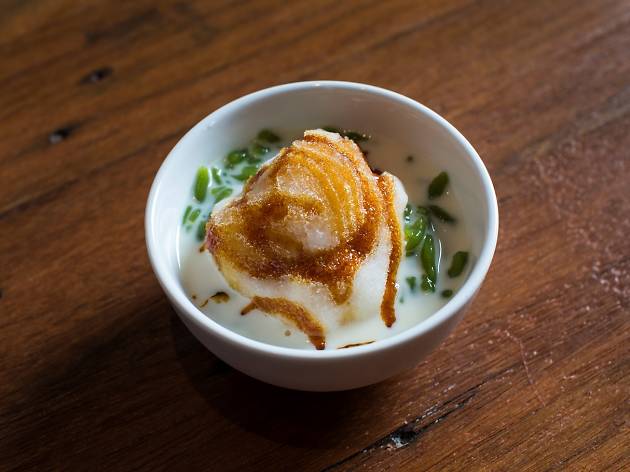 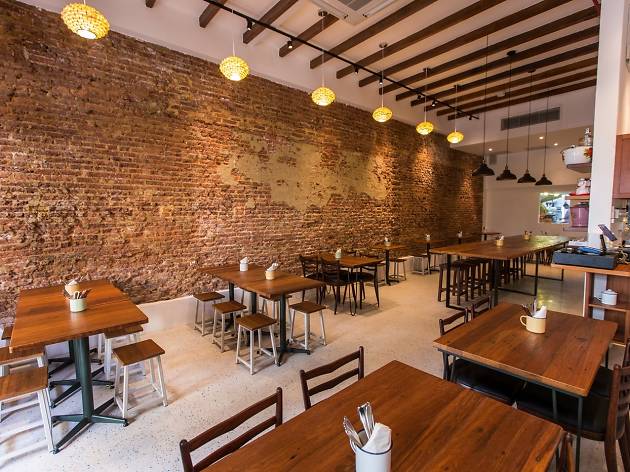 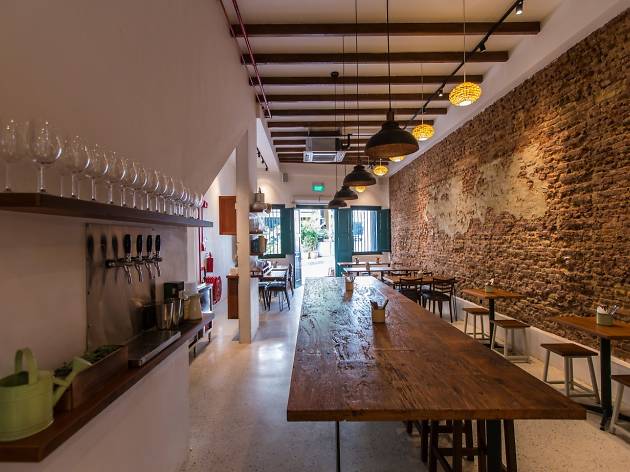 What Wanton did to wonton mee, The Coconut Club is doing to nasi lemak: taking the hawker staple up a notch and serving it in air-conditioned, design-savvy digs in the CBD. But wait, you’ll probably ask, why should I pay $12.80 for a plate of nasi lemak when I can tapow one for three bucks from the nearby Amoy Food Centre? When it tastes as good as the one your grandma used to make, hey – that’s reason enough. And as someone of Malay descent who grew up on the dish, I’ve to confess The Coconut Club’s take on it is legit.

It’s not done in the ‘Chinese’ style – which is essentially cai fan with an assortment of fried snacks heaped onto your rice – and neither does it resemble those pyramids of banana leaves, within which an anorexic ikan kuning is all the protein you’ll get. No, The Coconut Club’s version is the kind that a relative will slave over for a home-cooked feast. So expect less a mind-blowing twist on the classic than a straight-up, yet almost faultless, example of it.

Which means the nasi lemak comes with all the trimmings: a fried egg, ikan bilis, peanuts, cucumber, fried chicken and, of course, sambal. The restaurant sources coconuts from a single plantation in Sabak Bernam, Malaysia, to use in its dishes, although the rice, as fragrant as it is, could do with more lemak. The chicken thigh is coated in a turmeric-, lemongrass- and cumin-heavy rempah before hitting the fryer, and is way juicier and more tender than the ones at your kopitiam stall. The sambal isn’t the traditionally sweet kind, either – it’s slightly tangy and loaded with onions. If you’ve a friend visiting from overseas and making the trek to Changi Village or Adam Road is too much of a hassle, bring them here instead.

Don’t leave without ordering the otak-otak ($8.50) and fried fish. The former is aromatic and stuffed with chunks of real fish, while the latter – the actual fish used varies by day – is wonderfully moist and firm despite being deep fried. The only other thing on the menu, cendol ($3.80), is so gao and flavourful that, a colleague effuses, it’s ‘better than those in Penang’. High praise indeed.

It’s great that hawker staples are growing in stature as well as in price. There’s only so long that a makcik can sell her nasi lemak for $3 before rent climbs (or quality dives), her children find jobs elsewhere to compensate for the cost of living, and the dish gradually fades from our kopitiams.

Near The Coconut Club