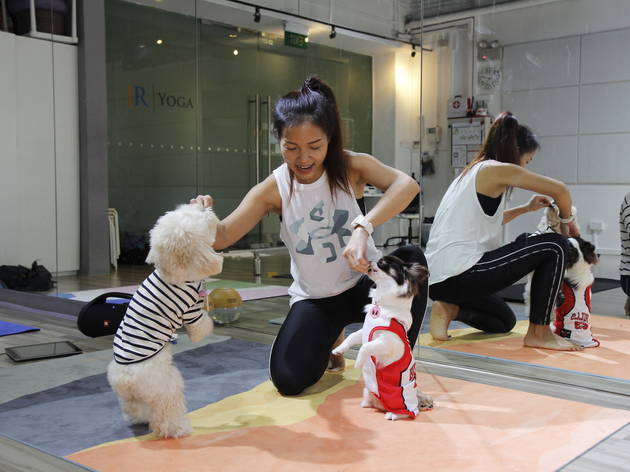 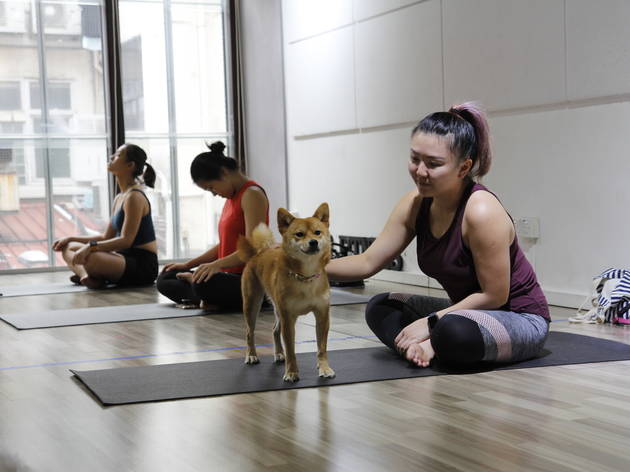 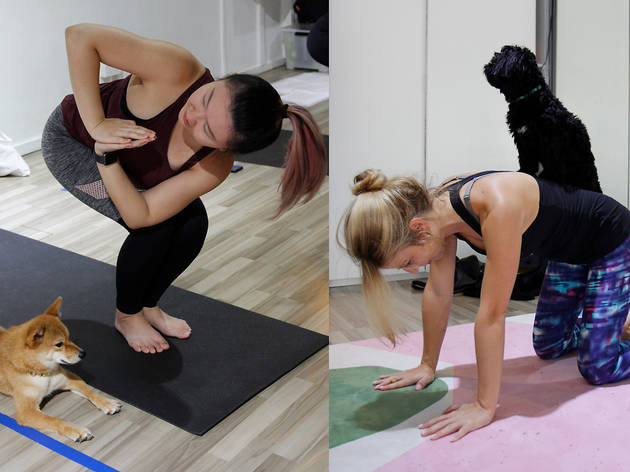 They say that dogs are a man’s best friend. But they make for a great yoga companion too. Over at Puppy Yoga Singapore, it is now possible to exercise in the company of friends and fur pals alike.

The yoga studio is possibly the first dedicated facility in Singapore to organise such classes with pets. Inspired by similar practices in London, founder Audrey Sin wanted to create a space where people could reap the benefits of physical exercise, while enjoying some mood-boosting interaction with animals.

“It is great for the mental health and body,” shares Audrey. “And these animals are all so loving; it’s a big mood-booster for everyone.” 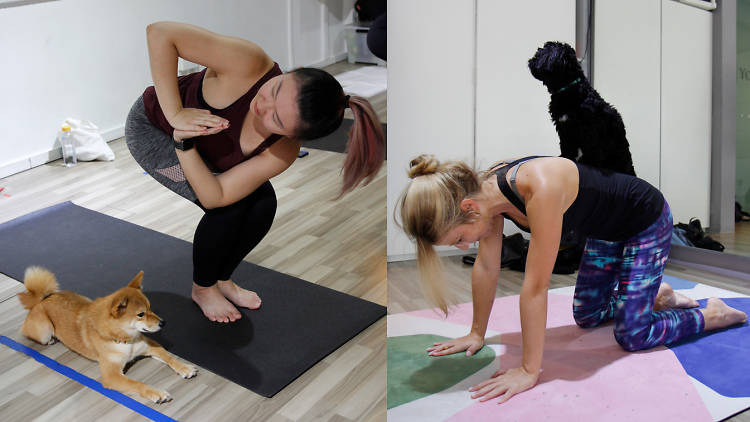 A typical class ($35) will see some eight to 10 participants, with three to four dogs roaming around the room freely. Pet-lovers are encouraged to bring their dogs to class (the studio does not own any), and each session is split into two portions: a 40-minute segment of yoga moves, followed by 20 minutes of puppy playtime.

In planning for such a class, Audrey shares that special considerations have to be made when deciding the sequences and moves. “We have to be mindful not to step on the dogs,” she says.

More than just physical and mental benefits for attendees, as it turns out, performing a downward dog with actual dogs running around is equally beneficial for the animal as well. According to Audrey, the classes provide an opportunity for these pets to socialise.

“Some dogs are very shy initially and prefer to stick to their owners. But soon, after attending a class, they gain more confidence and start interacting with other dogs and humans,” notes the founder. In addition, a portion of the proceeds is also channeled towards helping various dog shelters in Singapore.

“I like that every weekend is a chance for people to feel so much joy,” adds Audrey. “You will always leave feeling full of happiness.”