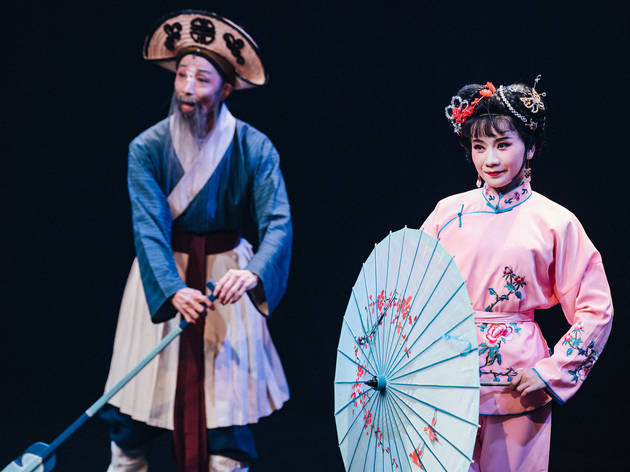 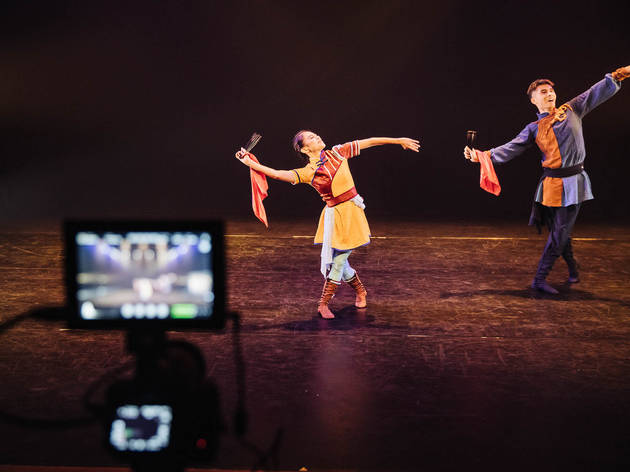 2/3
Photograph: Esplanade - Theatres on the BayChinese dance by Li Ruimin and Zheng Long 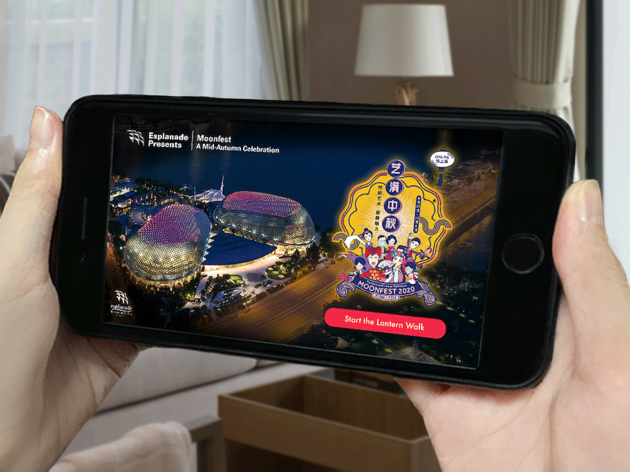 Experience traditional Chinese arts with Esplanade’s annual Mid-Autumn jamboree. Over the years, Moonfest has taken over the durian-shaped domes for family-friendly programmes that run the gamut – think opera performances, shadow puppetry, and lantern walkabouts. But this year, it's 16th edition comes in the form of a virtual festival where a special selection of free-to-access digital programmes is available online, so you can experience them from wherever you are.

From September 25 to October 4, gather the brood for a cultural journey through various traditional art forms such as xiqu, dance, folk songs, puppetry, poetry and crosstalk performed by local artists and arts groups. These performances are streamed live from the Esplanade Concourse and are available to watch on Esplanade Offstage and Huayi’s Facebook page.

Highlights include five newly-produced videos filmed at various performing venues at Esplanade. Look forward to Teochew opera by Nam Hwa Opera, folk songs by Marcus Chin, crosstalk by Johnny Ng and Yong Ser Bin, Chinese dance by Li Ruimin and Zheng Long, as well as poetry and music performance by Lee Yong Tick. For some #throwback, catch the archival videos of a concert by popular Northern Shaanxi folk singer Wang Er Ni and a family-friendly puppetry theatre The Magic Paintbrush showcased at Moonfest in 2013 and 2017 respectively.

And what's Moonfest without its signature Lantern Walkabout where free lanterns are handed out to complete the experience? While there won't be a physical one, the festival continues with a special virtual edition where you can virtually stroll along the Esplanade Waterfront and soak up the scenic view of Marina Bay and the Singapore skyline without having to squeeze through the crowd. Along the way, play interactive games, catch snippets of performances, and look out for the virtual fireworks too.

While the festival goes online this year, it remains to highlight the importance of spending quality time with the family. And what better way to celebrate the Mid-Autumn Festival at home with Moonfest? For the full lineup of programmes including DIY craft activities, osmanthus jelly mooncake-making sessions, and Wing Chun martial arts demonstrations, visit esplanade.com/moonfest.