Singaporeans love a good horror story, and now there's the perfect anthology series to feed our hunger for more gruesome tales. Mediacorp's After Dark, now available on meWATCH, dives deep into familiar folklore as it follows a new protagonist each episode, whose normal lives get upturned by the supernatural.

Far from creepy clowns and vampires in capes, After Dark taps on horrifying figures and creepy folktales that are closer to home – think pontianaks, the penanggalan, nasi kangkang and Meng Po from Chinese mythology. "For After Dark, we wanted to find familiar stories and folklore that Singaporeans and others in ASEAN can relate to," says Aileen Joseph, Lead, English Audience at Mediacorp.

And what's interesting about this six-episode series is that the stories have all been adapted from stories found on the online social reading platform, Wattpad. Previously, Mediacorp collaborated with the platform on its romance series The Cutting Edge and Slow Dancing. This time, they sussed out compelling pieces written by Dr. Elmi Zulkarnain and Dina Damanhudi and worked with them to bring the stories to screen.

"Besides readership statistics, we also considered other factors such as suitability for adaptation into a modern setting, as we wanted audiences to experience the fear factor in this current day and age," says Aileen.

Adapting a story for screen is never an easy feat, no less when it's a horror series requiring believable special effects, masterful visuals, and confident storytelling to bring the supernatural to life. For the four local directors at the helm of the After Dark episodes, things were doubly spooky, thanks to the fact that filming took place during one of the scariest times of the year – Hungry Ghost Festival.

We catch up with the directors Yeo Lay Har and Lim Suat Yen of Oak3 Films, and M. Raihan Halim and Faisal Ishak of Papahan Films to find out more about the challenges of bringing these Wattpad horror stories to screen and get the lowdown on spooky happenings on set.

RECOMMENDED: The most haunted places in Singapore and 10 local myths and superstitions that every Singaporean should know 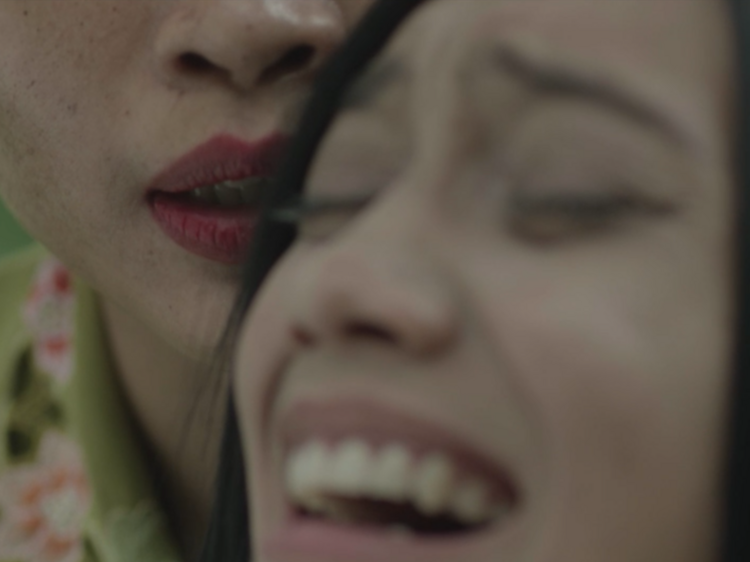 Oak3 Films – Director for The Promise and Delivery

The most notable difference would be the attitude of the crew/cast – there was a lot more awareness about being respectful to the “brothers” and making sure we were not “stepping on anyone’s toes”. Other than that, production carried on as per usual, albeit with an exclamation of “What was that?” every now and then.

Special effects (both graphics and practical) in bringing supernatural elements to the screen in way that doesn’t come across cheesy. Luckily, we have a stable of talented art directors and graphic artists who found creative ways to bring about these same effects, within budget, and in a scarily convincing way that will not disappoint.

I can’t wait to talk about my incident! For Delivery, we were filming an exorcist scene in a HDB flat. My art team left a stack of joss paper outside along the corridor of the unit to be used later in the scene. During a take, an intern who was stationed there noticed the joss paper was starting to burn on its own, from the centre of the stack, outward to the edges! Not wanting to alarm anyone, my production manager Thiam Seng doused the flame and discreetly got rid of the stack of joss paper. I was not told of this until way after production had wrapped, otherwise, I might have been too spooked to continue filming, so kudos to my crew for keeping it from me!

Viewers should catch After Dark as we delve into local legends & folklore, and depicts a story on how this could possibly happen to you, even in this age of technology. Viewers should watch Delivery because not only are there scare factors but there is also a twist in the tale that will wrench your heart and cause you to cry buckets. 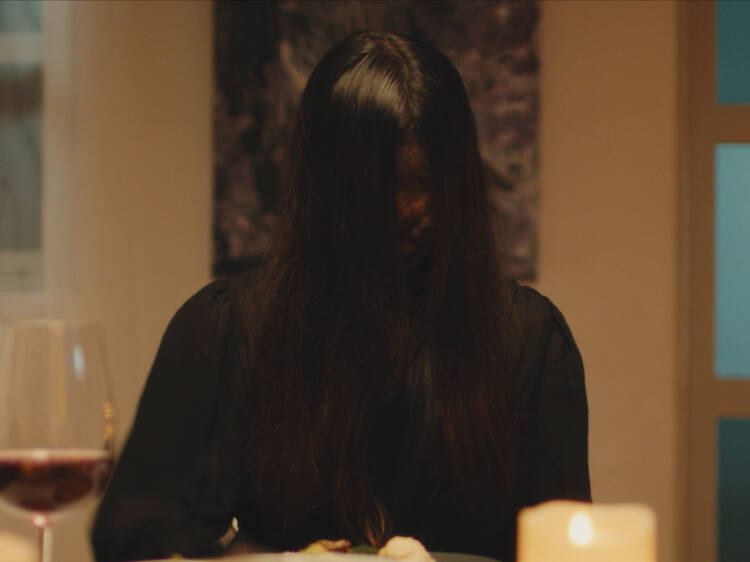 Everyone was a lot more ‘heightened’ and ‘sensitive’ during this period. After all, this is the time of the year when the gates of hell are open, and spirits come out to ‘feast’ and roam our world. Hence, praying on set every day was important as we wanted to keep the ‘good brothers’ happy. We were also very cautious not to offend them. For example, there was a scene that required us to light up the big tree in the background of the frame. Hence, before we actually threw the light on the tree, we offered incense around that tree

The biggest challenge was how to expand this story from Wattpad and turn it into a cinematic experience for the audience. Though the source story only had two scenes in it, we were intrigued by the premise and the themes in it. During the adaptation process, we saw a cool question embedded in the short story – “Is seeing believing or do you have to believe to see?” Based on that, we brainstormed what may happen to the characters after the story ended. Once we came up with a few ideas, the writing team then pitched them to the author. Luckily for us, the author shared the same vision and we continued to engage with her throughout the adaptation process.

Two of my crew members can supposedly ‘see’ spirits. They mentioned to me that when we were filming Dinner Date, the ‘spirits’ in the area actually gathered around the set to watch us film the scenes. Apparently, the big lights that we used have disturbed their peace, and they only left the set when we finally turned them off.

This series lets you explore your own dark side in a safe environment. In my episode Dinner Date, visually – you'll get to see bizarre ways that the character has to die, but it’s really about making every moment in life count. While giving you a scare, it’s also a reminder that life goes by faster than we may think. Since we never know what tomorrow brings, it is good to live life to its full extent. 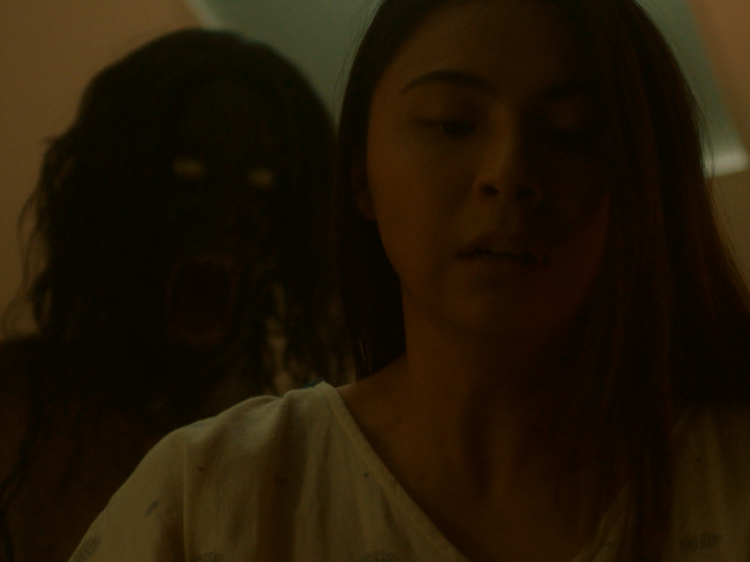 It was quite okay, to be honest. It wasn't as scary as we had anticipated. Someone mentioned that perhaps the ghosts we showcased are Malay ghosts -- that’s why 'no one' bothered us during Hungry Ghost Festival...

The biggest challenge was to fulfil the pitch: "Old Horror, New Generation". We wanted to take old horror stories and transplant them into the modern world, complete with contemporary themes that affect Singaporeans: Teenage Pregnancy, Social Classes and Dangers of The Internet.

What's scary was filming at the forested area where we shot a small part of Ma. A production member 'saw' something and started having bruises on his back for the rest of the shoot. No one knew what happened, not even the doctors. That was creepy. And till today, he refuses to reveal what he actually saw.

After Dark is a chance to catch a horror series with a strong, contemporary message. It's elevated horror that is new on our TV screens. 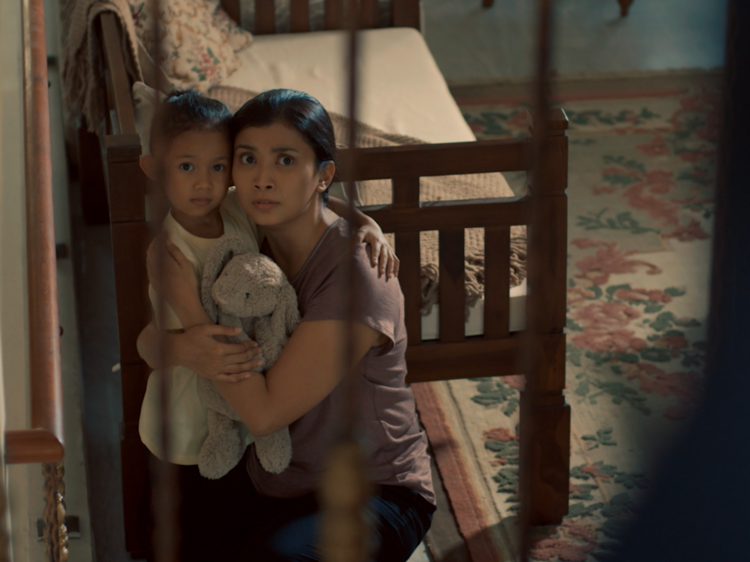 To be honest, I didn’t even realise that we were filming during the Hungry Ghost Festival. I was more worried that we couldn’t finish filming because of the Covid-19 scare and the numbers that were rising every day. But thankfully, with all the safety SOPs in place on set, we were able to realise the script onscreen.

The biggest challenge remains to tell a horror story within the time allocated. It’s just a little over 40 minutes to develop both characters and storyline in this anthology. For 36, Eden Park, it's about nasi kangkang – an ancient ritual to be brought into modern times. And because it’s more of a 'Love Potion”' concept rather than a horror, it’s about finding a way to weave in the horror and thriller moments into the story.

There's this particular wall of the house we were filming in that refuses to hold on to three picture frames of our antagonist in the episode. It kept falling off the wall as soon as we put it up. We weren't using mere blue-tack, but legitimate frame hangers and yet... In any case, it frightened the Art Director more than anyone else. Maybe she was worried that my patience was running thin with either her or the wall.

36, Eden Park will set you second-guessing the culinary skills of a person if you find yourself totally obsessed with their delicious cuisines. We dare you to have dinner with us. 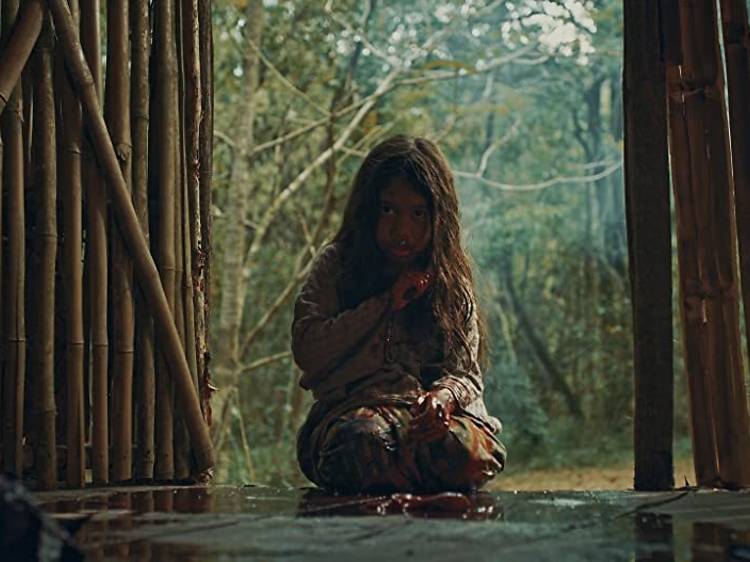 The scariest Southeast Asian horror films to stream in Singapore 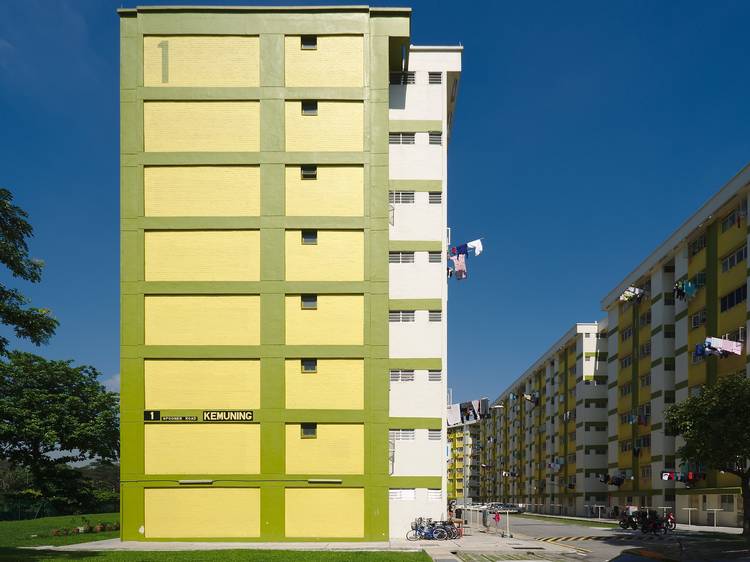 The most haunted places in Singapore 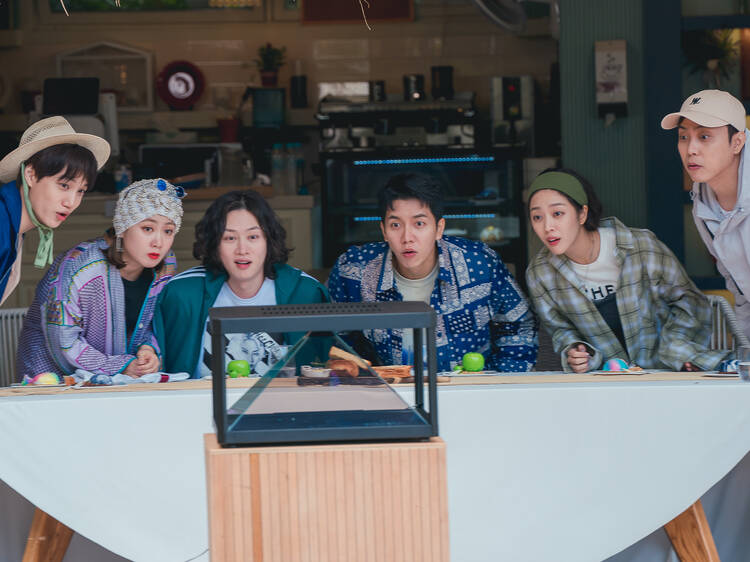 The best upcoming TV series to watch in Singapore