Your 48-hour guide to the best things to do in Hong Kong – experience the ultimate blend of east and west in this buzzing, vertical metropolis

Written by
Time Out editors
Sunday 10 May 2015
FacebookTwitterPinterestEmailWhatsApp
Advertising 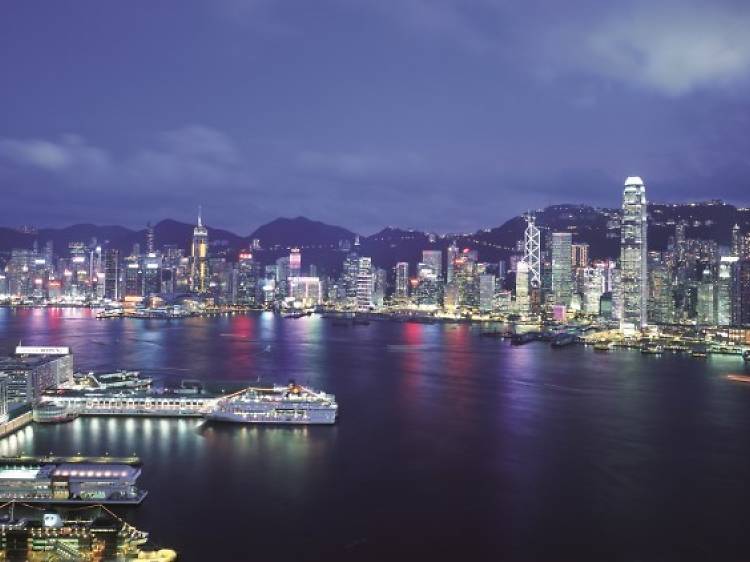 Welcome to the tallest city in the world – where ferries bob beneath the most spectacular skyline the world has to offer, neon-fuelled lights bombard you from every angle, the appetising aroma of curried and deep-fried goodness wafts off every street corner and where the world passes around you seemingly quicker than anywhere else in the world.

For so long ruled by the British, Hong Kong has always been one of the world’s gleaming examples of a marriage between east and west – an unmistakable quality that is still manifested in the colonial gems dotted around the city. But today, as much as this legacy, Hong Kong’s future as part of China is just as palpable. It’s a tension that the city and its population of just over 7 million has spent the last 16 years grappling with – and which is increasingly coming to a head.

These tensions, however, hardly detract from Hong Kong as a city for visitors. Hong Kong, in every respect, remains a destination for every type of tourist – from shopaholics and culture fiends to worldly foodies and nature lovers… and for lovers of city urbanscapes, which is where every visitor should start. 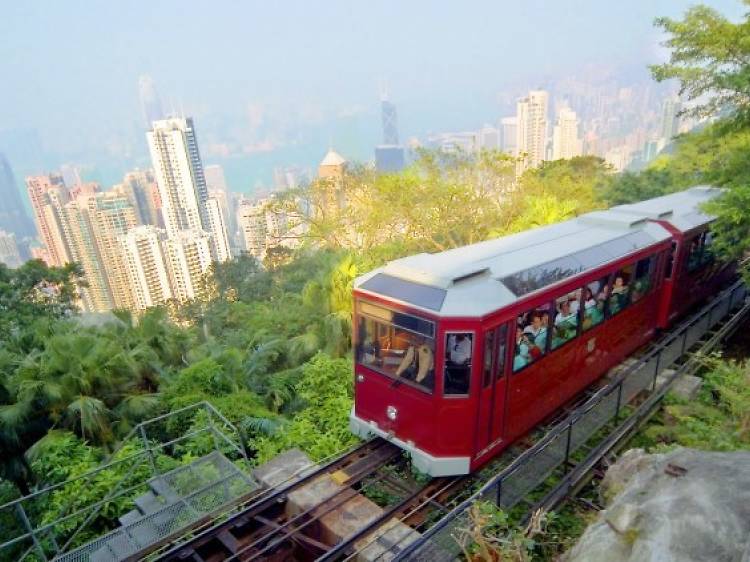 With well over 2,000 buildings above 100m tall (compare that to New York, which has around 800), and an unmatched, dramatic penis-envy skyline that glows ablaze every night above Victoria Harbour, it almost seems too obvious to recommend taking in the famous Hong Kong skyline. Of course, it should be at the top of your agenda. But you may have some difficulty in choosing your preferred method.

There are a plethora of options: those with a penchant for observation decks could check out Sky100 (100/F, International Commerce Centre, 1 Austin Rd West, Kowloon. $29) in the city’s tallest building, the ICC, or Bruce Lee fans can combine skyline watching with some stargazing along Tsim Sha Tsui’s Avenue of the Stars (Waterfront, Tsim Sha Tsui. Free).

But you can’t really go wrong with the classic view – The Peak (Garden Rd, Central. $7). This soaring mount on Hong Kong island provides expansive views down upon the Hong Kong island skyline and across the Kowloon Peninsula and, if classic is what you’re after, you may also enjoy the traditional way up to the Peak – The Peak Tram, a 1.4km 19th century funicular which takes you to an elevation of around 500m.

For a taste of the old Hong Kong, take a ride on the city’s old-school transportation. The Star Ferry (Central, Tsim Sha Tsui and Wan Chai ferry piers), an iconic service which began in 1888 and, at a mere $0.50 for a splendid, breezy trip between Central and Tsim Sha Tsui, remains at near 1888 prices. For its land counterpart, take a lazy ride aboard one of the city’s trams. Running across the northern strip of Hong Kong island, these double decker wonders are a reminder of the old colonial past – even without the historic second-class trailers, which used to carry Chinese passengers.

Even for those intimdated by the intensity of such an urban jungle, Hong Kong has plenty to offer. Most visitors don’t realise that more than 70 percent within Hong Kong’s borders is countryside, much of which is easily accessible. The Ngong Ping 360 (Tung Chung, Lantau Island. From $16.20) – a cable car which takes you to another must-see sight, the world’s largest seated bronze Buddha – is a good way to take it in. Or, perhaps, check out Tai O (Lantau Island), a remarkable town on stilts, just one of the charming traditional villages dotted around the HKSAR. 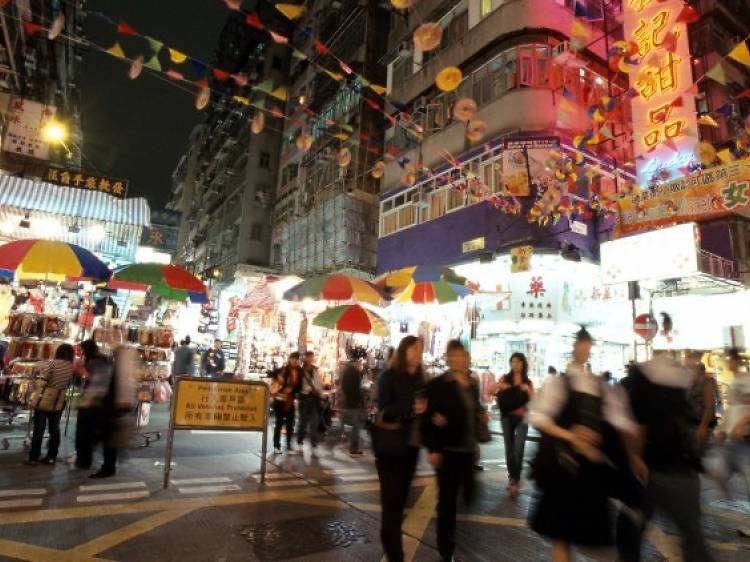 Shopping is a Hong Kong religion. And while the city is filled with flashy high-end malls sporting the most glamorous of global brands, the most authentic HK shopping experiences are to be had on the street. Mong Kok’s Ladies’ Market (Tung Choi Street, Mong Kok) is perhaps the city’s most definitive street market. While no longer the knock-off heaven it was 15 years ago, the street market’s iconic red/blue/white tarpaulin-lined stalls still stock the whole gamut of goodies, from watches and T-shirts to kid’s toys and sex toys. Go at night for the best atmosphere. Yes, it’s a bit of a tourist trap – and it remains one of the few places in the city where bargaining is a necessary evil. 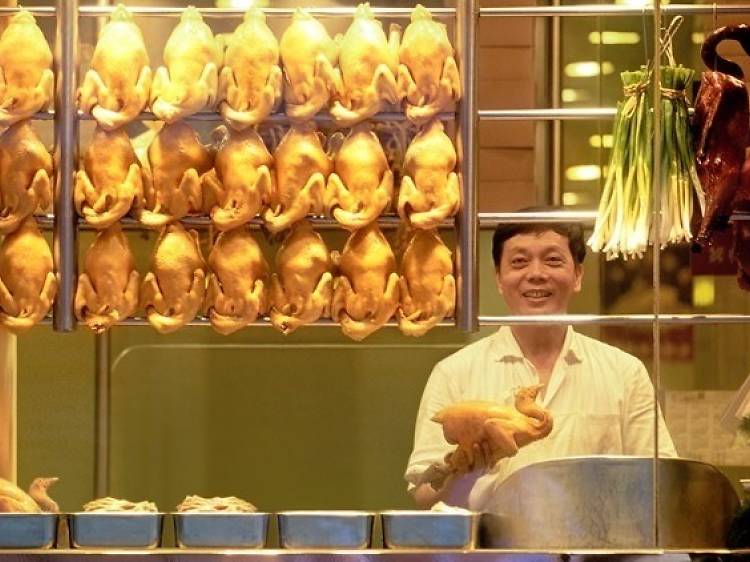 With a range that spans from delectable street snacks to ridiculously indulgent fine dining, Hong Kong is a paradise for all kinds of foodies. The first stop should be to feast on Hong Kong’s most famous culinary export: dim sum – a tradition often described as Cantonese tapas, featuring small plates of dumplings and other delicious morsels. In the last few years, all-day dim sum specialists have become all the rage, led by the revered Tim Ho Wan (Shop 72, G/F, Olympian City 2, 18 Hoi Ting Rd, Tai Kok Tsui. 2332 2896). Opened by Chef Mak Kwai Pui, a former chef at the Four Seasons Hong Kong, this tiny and rambunctious Michelin-starred spot has become the city’s most renowned dim sum experience. Be prepared though: you’ll need to contend with hour-long queues, regardless of the time of day.

No visit to Hong Kong would be complete without stopping by Chungking Mansion, an incredible meeting ground of global cultures – and global food. It’s renowned for some of the best Sub-continental food in the city, and we’d particularly recommend Indian restaurant Khyber Pass (Shop E2, 7/F, Block E, Chungking Mansions, Tsim Sha Tsui. 2721 2786). If you can’t find it, don’t worry – a tout will likely accost you as you enter the rabbit warren that is Chungking.

And finally, once you’ve roughed it at some of the less salubrious establishments in the city, treat yourself to the ultimate Hong Kong colonial experience: High tea at the Peninsula Hong Kong (Salisbury Rd, Kowloon. 2920 2888). Lap up the refined surrounds of the city’s most famous hotel, enjoy the string quartet and imagine you’re in the pre-handover days. 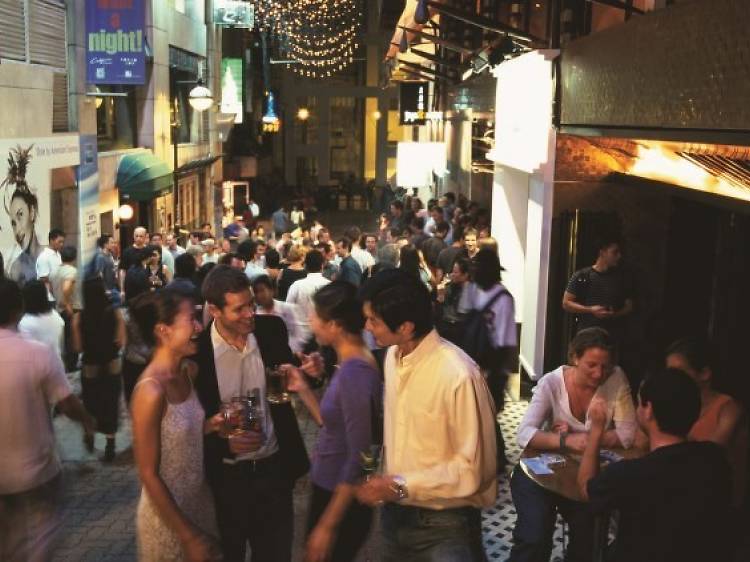 Where to go out

Hong Kong is a city that shines (literally) after dark – and that includes its drinking and partying options. If you happen to be around on a Wednesday evening, the races at Happy Valley Racecourse are a must-attend – it’s as much about the setting, the cheap drinks and the party atmosphere as it is about the actual racing.

To combine skyline-gazing with a drink, Aqua (29/F-30/F One Peking Rd. 3427 2288) has long been the go-to choice. With its expansive double-storey floor-to-ceiling windows overlooking Victoria Harbour and top cocktail list, it’s the best drink and view combination going around.

Occupying the entire 32nd floor of the upscale hotel EAST is Sugar (2/F, EAST Hotel, 29 Tai Koo Shing Road, Hong Kong. 3968 3738), an undeniably cool space that sells itself as a ‘bar + deck + lounge’, with phenomenal views across the city. To the north are the bright lights of Kwun Tong, with the vista swinging uninterrupted to the North Point skyline in the west, and out over the island’s often building-obstructed east. And from the outdoor deck you can see Quarry Bay extend toward Tai Tam Country Park. The bar’s interior has been smartly designed to maximise the views. Ottomans and couches flow over three tiers; Sugar feels casual by day, a sexy futuristic capsule saturated with jazzy house beats by night.

For cocktails alone, try Lily (6/F, LKF Tower. 2810 6166), above the bustling party zone Wyndham Street, or for a more hidden vibe, the black-doored 001 (Unmarked black door near junction of Graham St and Queen’s Rd Central. 2810 6969) might be more down your street. Both are leaders in the city’s emerging cocktail scene, serving up some crafted, classic numbers with some nice Hong Kong touches.

Looking to kick on? Most of the city’s club scene is centred around the Central district, meaning you won’t need to go far. You could try your luck in the heaving mess that is infamous party zone Lan Kwai Fong – but we’d suggest heading to Fly (24-30 Ice House St. 2810 9902) – a Time Out Hong Kong favourite which has the mix of music and crowd at the perfect cool-but-not-too-cool level balance.