The ultimate guide to São Paulo

Written by
Time Out editors
Sunday 3 May 2015
FacebookTwitterPinterestEmailWhatsApp
Advertising

At once the biggest city in Brazil and even in South America, São Paulo is all about superlatives. The city’s traffic might be the worst and its commuters may have reached critical mass years ago, but the delicious abundance of restaurants, the cultural diversity of the population and the hedonistic intensity of its nightlife remain unsurpassed on the continent. São Paulo is the engine driving Brazil’s ongoing economic transformation, and the evidence is everywhere – from ramshackle communities of jobseekers on the outskirts to swanky penthouses, new art galleries and plush play spaces. All the conflicting energies of the place can be summed up in one word: exhilarating. 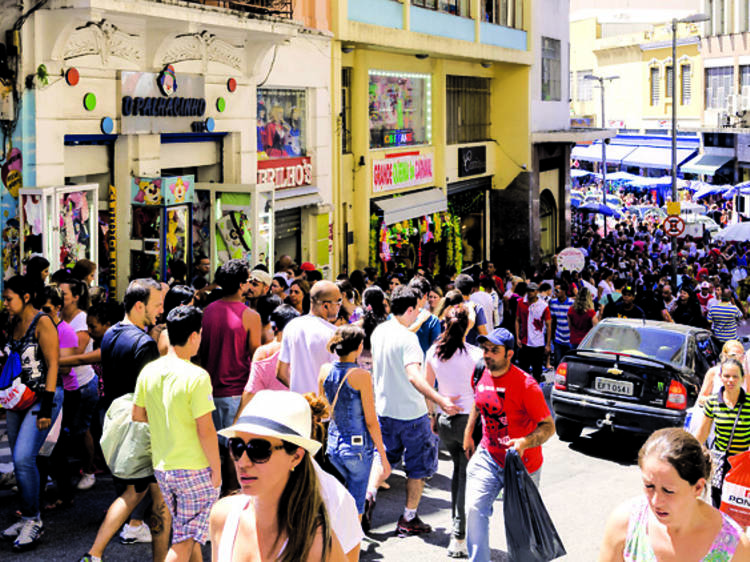 For a splash of cool green in the midst of the urban canyon of Avenida Paulista, Parque Trianon (officially Parque Tenente Siqueira Campos. Rua Peixoto Gomide 949, +55 11 3289 2160) offers precious respite as the last remnant of the original Mata Atlântica, the coastal rainforest that’s been decimated by development. For the culturally inclined, São Paulo’s splendid Museu Afro Brasil (Parque do Ibirapuera Portão 10, +55 11 3320 8900), located in the expansive Parque do Ibirapuera, has on display more than 4,000 impressive paintings, photographs, costumes and exhibitions related to the African strands of history and culture in Brazil and the Americas. And for worshippers of the beautiful game, the Museu do Futebol (Praça Charles Miller 1, +55 11 3663 3848), in the city’s art deco Pacaembu Stadium, is a treat.

Unlike in Rio, where the homes of the poorest are always in view, São Paulo’s favelas are less visible to the casual visitor. To get a glimpse, head out into the city’s vast perifería on a tour with São Paulo insider, Flavia Liz Di Paolo (+55 11 3032 2692). The personal guide, who customises a variety of tours for her clientele, will take you to Paraisópolis and into the home of Estevão, whose oddly beautiful house is made of teacups and saucers, fragments of ceramic, old telephones and thousands of other bits and pieces, all embedded into lattice-work walls. 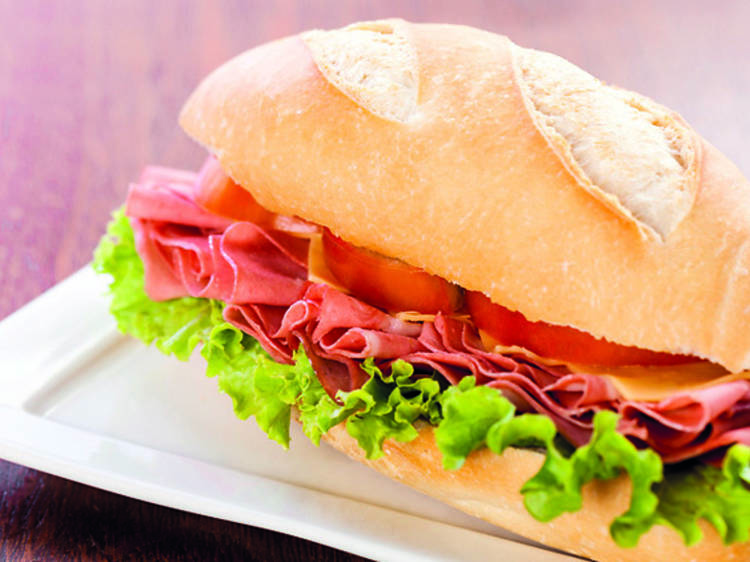 Eating out is a popular pastime in São Paulo, as evidenced by the abundance of chic restaurants, full-service bakeries, por quilo buffets, corner snack bars and 24-hour luncheonettes. Many eateries are informal, community-centred social spaces where friends and families get together to chew the fat for hours, especially on weekends. Pop into a boteco or lanchonete – one of the innumerable casual diners around town – and have a salgadinho (assorted golden-fried goodness) or a freshly-made juice in one of a hundred tropical flavours. Just don’t forget to visit the vast, animated Mercado Municipal (aka Mercadão) Rua da Cantareira 306, +55 11 3313 1326), home of what claims to be the world’s biggest Mortadella sandwich.

If you need a nip to warm you up, downtown’s hip Alberta #3 (Avenida São Luis 272, +55 11 3151 5299) is one of the most reliably buzzing joints in town, with its beatnik vibe, rock ‘n’ roll decor theme and images of youthful Jagger and Dylan watching over the three-floor space. If you fancy grabbing some pre-party grub or quirky cocktail, you’ll find Ramona (Avenida São Luis 282, +55 11 3258 6385) – owned by the same cool crowd – just two doors down, serving up late-night eats and wildly creative cocktails. Their bloody mary, for instance, is served with two strips of bacon. Over in the bohemian, bustling bar district of Vila Madalena, the biggest stand-out is Astor and its downstairs companion, SubAstor (Rua Delfina 163, +55 11 3815 1364). Upstairs, Astor is a vintage, high-ceilinged boteco or bar-restaurant, while SubAstor down below, decked out in dramatic red and black, concocts some of the best cocktails in town – make your descent to the bar and order up the delicious Aviation. 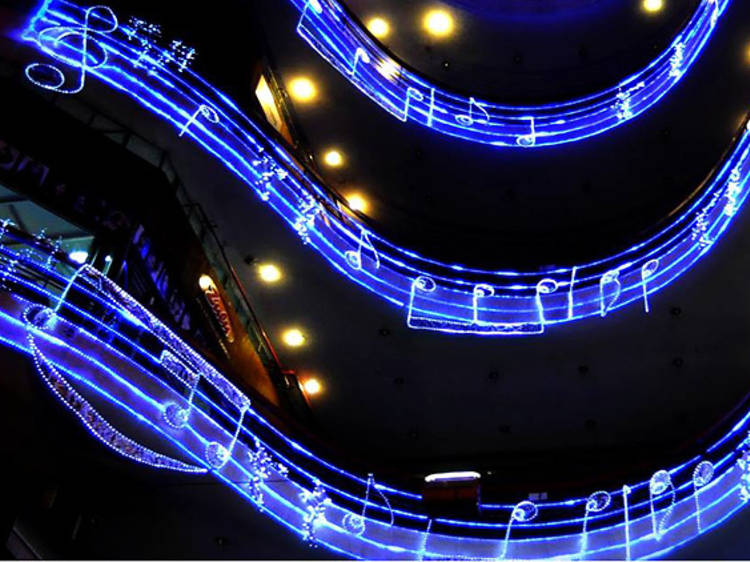 For more alternative shopping and people-watching, hop over to Galeria do Rock (Rua 24 de Maio 62, +55 11 3337 6277), a rock/punk haven with a whole host of stores dedicated to all facets of the music scene. 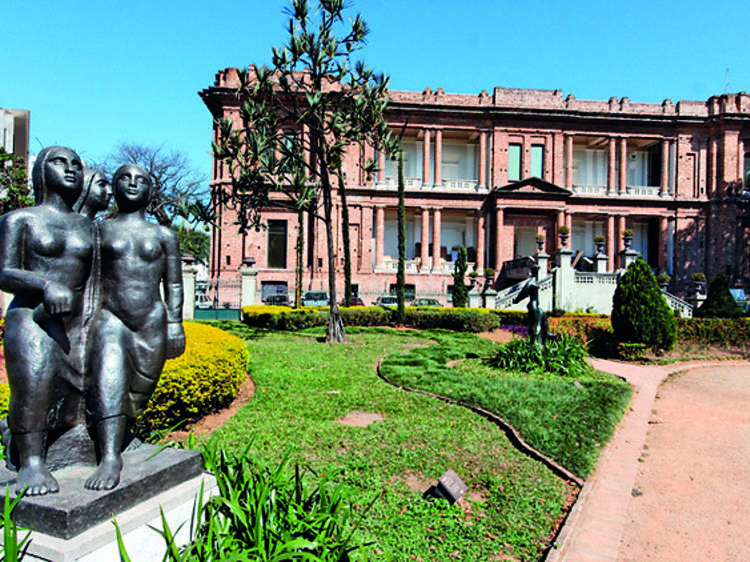 On the strength of its two mammoth art fairs – the annual SP Arte, held in April, and the bi-annual São Paulo Bienal, which takes place in Brazil’s spring – São Paulo’s burgeoning art scene continues to add to its already expansive options on tap. Appreciators of painting and sculpture can get their fill at the Museu de Arte de São Paulo (MASP) (Avenida Paulista 1578, +55 11 3251 5644). Here, temporary exhibitions of Brazilian artists share floor space with biggies like Picasso and Gainsborough. The Pinacoteca do Estado (Praça da Luz, +55 11 3324 1000) is another striking building and home to work by Brazil’s most important modernists. Transforming three houses into a gallery, the cutting-edge Galeria Vermelho (Rua Minas Gerais 350, +55 11 3138 1520) also has a garden and an impressive façade used for large installations and projections. At the opposite end of the size spectrum, intimate but impressive Choque Cultural (Rua Medeiros de Albuquerque 250, Vila Madalena, +55 11 3061 2365) dedicates itself to Brazilian urban artists, from graffiti merchants to skateboard designers, earnestly and stylishly fostering an appreciation for street-level art. 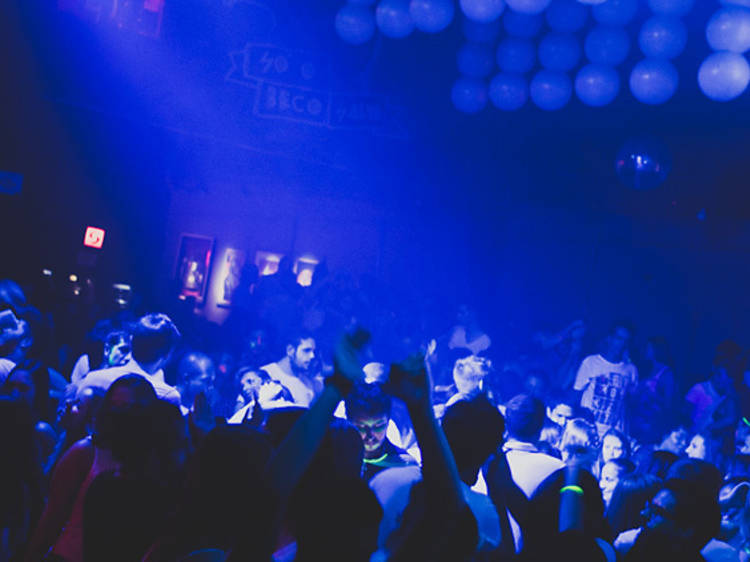 The hottest samba spot in town, Ó do Borogodó (Rua Horácio Lane 21, +55 11 3814 4087), hosts famous names in the genre – from Gafiera Nacional to Dona Inah – that get hips swinging and feet stomping in the syncopated haze of Brazil’s most famous rhythm. Cine Joia (Praça Carlos Gomes 82, +55 11 3231 3705), the live performance venue and former cinema, offers consistently interesting line-ups and a superb light and video mapping system in a restored downtown gem of a building. Another one of the more interesting music venues in town is actually a whole set of them: the city’s excellent collection of SESCs (various locations), a city-wide chain of non-profit community centres. They offer athletic facilities, libraries, courses and exhibitions, and an always cheap, always solid line-up of established and up-and-coming musical acts. If you only go to one, make it the stunning SESC Pompeia. But if nothing on the schedule tickles your fancy, for rock and pop, samba and salsa, any genre, any night, head to delightfully funky Rua Augusta. The strip just north of Avenida Paulista, dubbed ‘Baixo Augusta,’ bursts with bars, live music venues and clubs for every type: punks, models, trannies, rastas, preppies and any other social group you can think of. The performance space at Beco 203 (Rua Augusta 609, +55 11 2339 0351) – where a mix of Brazilian and foreign bands take the stage – flatout rocks. 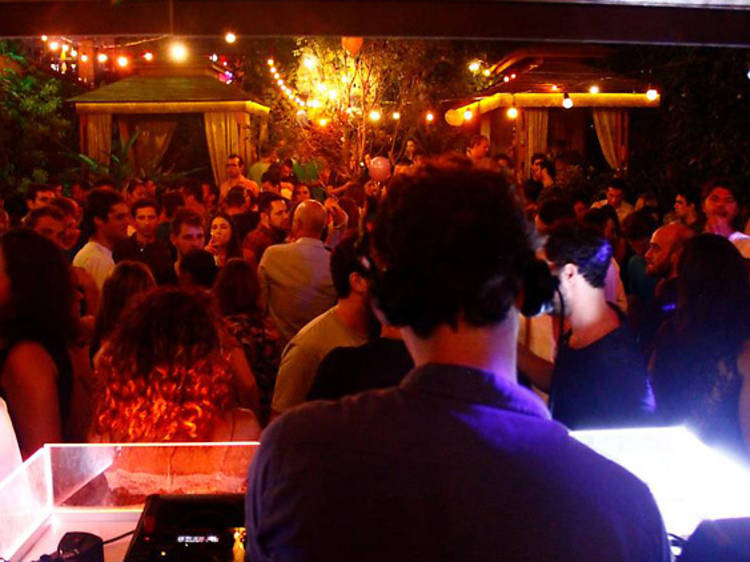 Nightlife doesn’t exist in São Paulo, because the party runs 24 hours; between the mega-clubs, intimate venues and after-hours spots, it’s amazing anyone gets any sleep. The hottest electronica club is D-Edge (Alameda Olga 170, +55 11 3667 8334), a trendy place with a spectral lighting scheme and a constant line-up of heavy-hitting electronic DJs. The quirky 1950s house-turned-club, Casa 92 (Rua Cristóvão Gonçalves 92, +55 11 3032 0371), lets you dance under the stars in its tree-covered courtyards, lounge on a living room sofa or lean up against a retro fridge. DJs spin everything from electro rock tunes to ’80s disco, but just make sure to leave time to explore the decked-out interior. If neither of these fêtes wears you out, the debauchery at Love Story (Rua Araújo 232, +55 11 3231 3101) doesn’t even start until almost 3am, when the hookers and go-go dancers get together with night owls, tourists and other random partiers to unwind after work.