Recent Japanese movie and series adaptations that are actually worth watching

It’s a feeling that we all know too well. The dismay that floods over you as you watch the trailer for the live-action adaptation of a book or manga that you adore, followed by outrage when you discover that all the characters and nuances of the original story have been severely distorted.

We won’t name all the botched Hollywood remakes – that would take too much time. Instead, we’re highlighting four recent adaptations of Japanese books and manga that are actually worth watching. It’s easy to see how a bumpy history of hasty remakes and money-grabbing adaptations might have turned some viewers off live-action interpretations of printed publications entirely, but not every live-action film or series is a flop.

In the past few months especially, we’ve seen some surprisingly high-value projects emerge, bringing something new to the original material while satisfying literary lovers. If that underwhelming Netflix version of the anime you love so dearly has turned you into a firm cynic against remakes, checking out these recent hits might restore your faith in live-action film and TV. 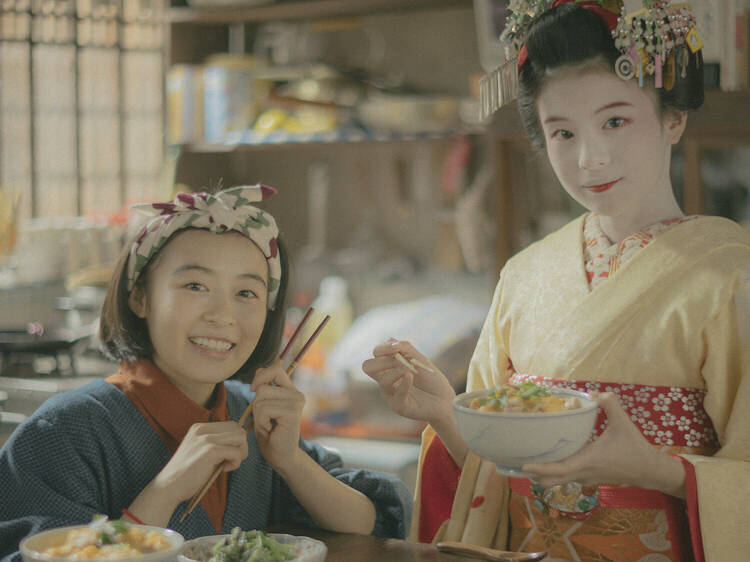 The original: A manga series by Aiko Koyama, ‘Kiyo in Kyoto’ follows the story of a modern teenager from Aomori called Kiyo, who moves to Kyoto with an ambition to become a cook at a maiko house. While she used to take classes for maiko (the Kyoto term for geisha), Kiyo’s teachers often criticised her for her clumsiness. Now she follows her true calling in the culinary arts while working to support the professional maiko who live with her, one of whom is her childhood friend Sumire, who is considered to be one of the most talented maiko apprentices in Kyoto.

Why it deserves to be an adaptation: Everyone loves a good series about Japanese food – just look at the viewership for shows like ‘Midnight Diner. Plus, depictions of mouth-watering dishes usually look better in motion than on paper. But beyond its ever-irresistible scenes of Kyoto cuisine, ‘Kiyo in Kyoto’ also gives people a rare, educational glimpse of the secretive world of maiko.

While ‘Kiyo in Kyoto’ has already been adapted into a subtitled anime series for NHK, a live-action series adaptation is expected to hit Netflix sometime this year. What’s more, the series will be directed by award-winning Japanese director Hirokazu Kore-eda, whose memorable mealtime scenes in films like ‘Shoplifters’ often leave audiences salivating. So rest assured the production is in good hands.

Where to watch it: You can watch selected episodes of the anime on NHK for free online. Each episode runs for 25 minutes and there are English subtitles. As for Kore-eda’s version, keep an eye out as the series is expected to be released sometime this year on Netflix. 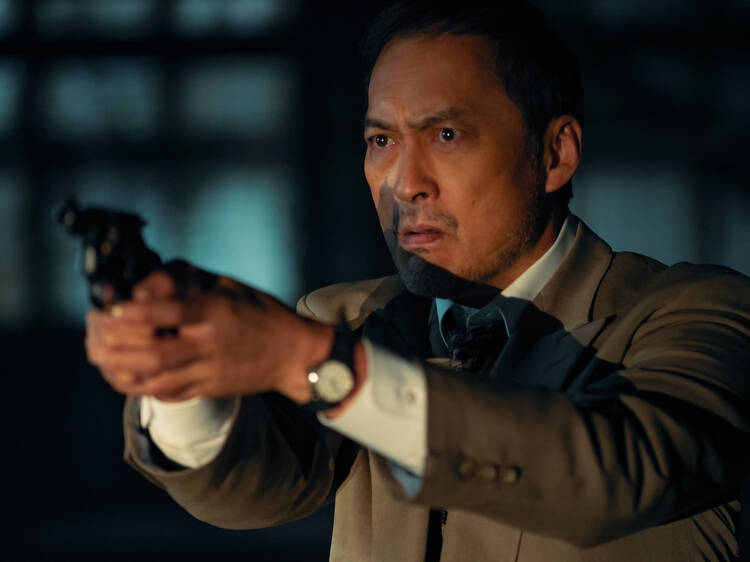 The original: Okay, so the last time we checked, ‘Tokyo Vice’ is the memoir of an American journalist. Nonetheless, we couldn’t resist an opportunity to bring up the captivating first-hand account of the first non-Japanese writer to work for a Japanese national newspaper. Published in 2009, the book chronicles Jake Adelstein’s career at Yomiuri Shimbun during the ’90s and early 2000s, which began with assignments of superficial tabloid stories before snowballing into increasingly risky assignments involving yakuza that nobody else in the field had dared to put their name on.

Why it deserves to be an adaptation: Starring Ansel Elgort and Ken Watanbe, this deliciously noir drama series was one of the freshest titles to be released this spring. Because the show is based on a true story, it’s been the subject of heavy scrutiny with some critics questioning its level of accuracy and others grumbling about its overtly Western gaze. Naysayers can argue back and forth over the minutiae of uncovering the gritty true-crime cases depicted in the show, but at the end of the day, it’s a beautifully acted series that is too entertaining not to binge in one sitting.

Where to watch it: If you’re watching from Japan, catch the new series on the subscription streaming platform Wowow. Viewers outside of Japan can catch ‘Tokyo Vice’ via HBO Max. 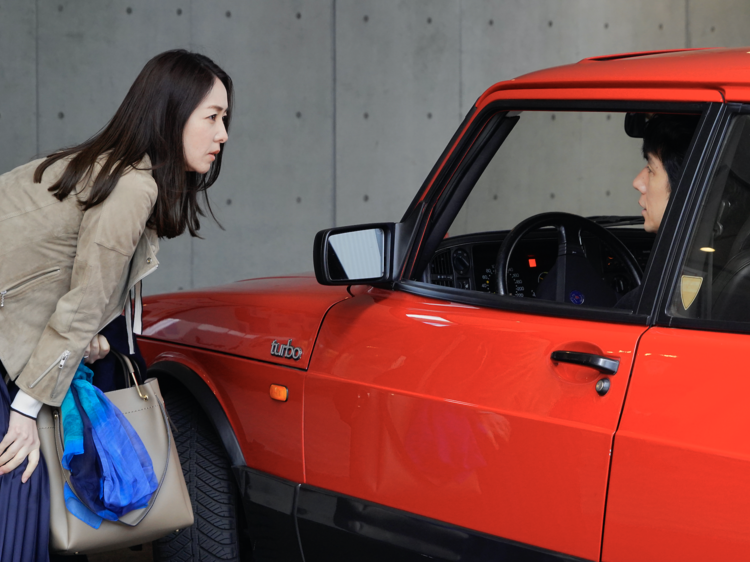 The original: In 2014, Haruki Murakami published a book of short stories titled ‘Men Without Women’. The Oscar-winning 2021 drama ‘Drive My Car’ is an adaptation of the eponymous short story in the book, with inspiration drawn from other parts of the same collection.

In the story, a widowed actor called Kafuku is in the process of coming to terms with the sudden death of his wife and her affair he was never able to confront her about. He spends most of his time reflecting on his marriage during long car journeys chauffeured by his newly hired 24-year-old driver, who he begins to confide in.

Why it deserves to be an adaptation: Directed by Ryusuke Hamaguchi, 'Drive My Car' won the 2022 Academy Award for Best International Feature. A quiet, ruminative film about life and loss, the film has decisively split audiences on its reception. If you’re not a fan of Murakami or Chekhov – the film features an adaptation within an adaptation of Uncle Vanya – chances are you won’t appreciate the elusive, nihilistic undertones in this adaptation, but it’s a good one to watch for anyone yearning for something artful and understated.

Where to watch it: ‘Drive My Car’ is still showing in a handful of cinemas across Japan. If you’re in Tokyo, you can get tickets for a screening at Toho Cinemas Yurakucho. Read our full review here. 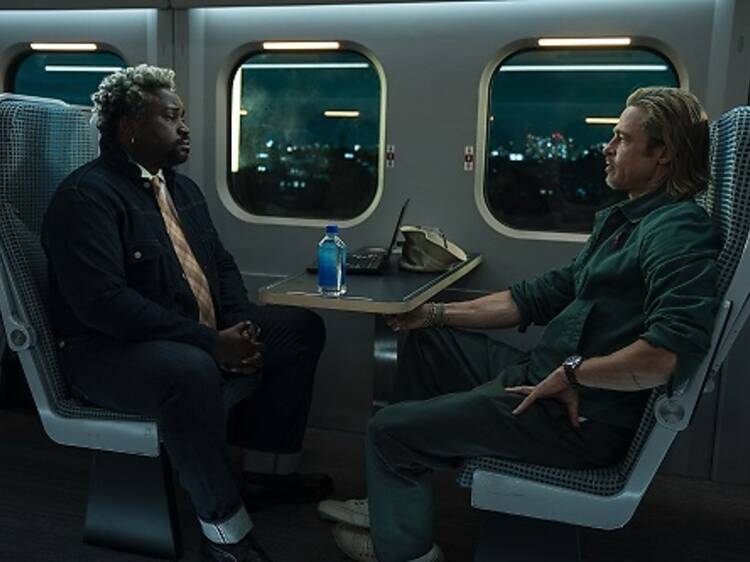 The original: This satirical thriller by Kotaro Isaka is about five assassins on the same bullet train from Tokyo to Morioka. Unbeknownst to each of them, they are all under the same instructions to take a nondescript suitcase and get off the train. When the killers discover that their missions – and lives – are at risk due to their cunning fellow passengers, things quickly unravel into a violent and chaotic battle to come out alive… with the suitcase in question.

Why it deserves to be an adaptation: It’s not out yet, but this star-studded comedy thriller has already garnered fans with an exhilarating trailer promising equal measures of dark humour and over-the-top action sequences. Starring Brad Pitt, Sandra Bullock, Aaron Taylo-Johnson and Joey King, this ultra stylised upcoming release is hopefully set out to be the ‘John Wick’ and ‘Kill Bill’ hybrid that we didn’t know we needed.

Where to watch: 'Bullet Train' will be released in cinemas across Japan on September 1 2022.

More to add to your watchlist 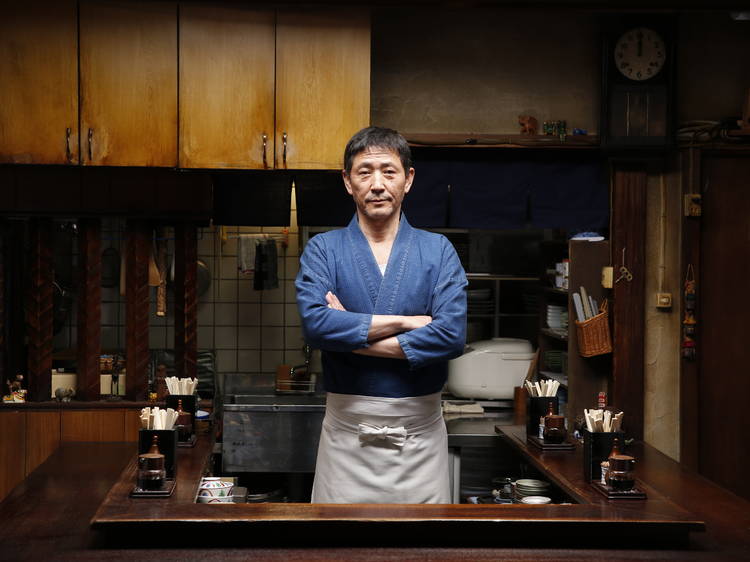 40 best Japanese movies and series with English subtitles on Netflix