Yanaka is the city's coolest neighbourhood, where traditional and modern Tokyo co-exist. Here's our guide to the best cafés, restaurants, bars and things to do

Yanaka is cool, but in an unassuming way. Visitors are often captivated by its bohemian old Tokyo atmosphere, but in recent years, a new creative energy has been breathing new life into its streets and buildings without altering its old world architectural makeup. Artisan workshops and modern art galleries co-exist with elegant temples and shrines – you’ll also find some of the best food here. Even though it’s right next to the ferentic tourist hub of Ueno, Yanaka remains very tranquil and is comfortable with its introspective nature, reserving its charms only to those in the know.

In commemoration of Time Out's 50th anniversary, Yanaka has been chosen as one of the 50 coolest neighbourhoods in the World with a top ten spot at No 8, ahead of other trendy areas in Los Angeles, Melbourne, London, New York and more. Here's a guide to help you explore the best things to do, restaurants and bars in this neighbourhood (as well as a few highlights from the adjoining Nezu and Sendagi areas). 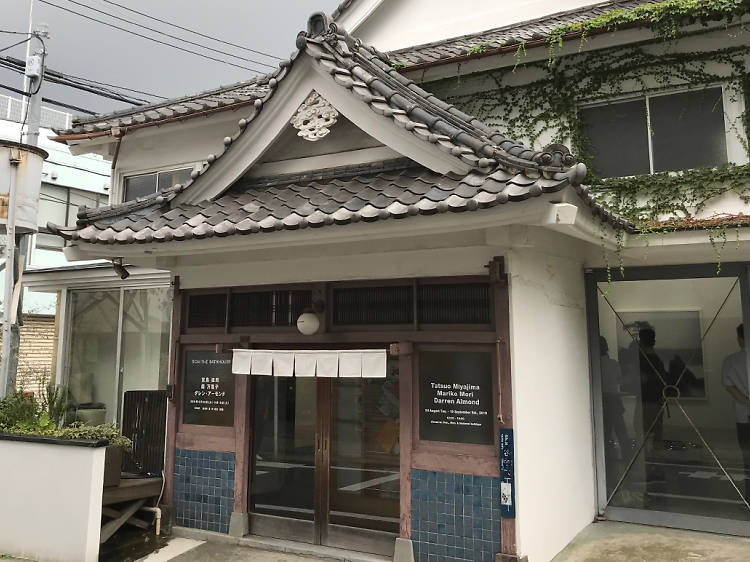 Formerly a bathhouse (the building is over 200 years old), this high-ceilinged space in a charming neighbourhood near Ueno Park features contemporary Japanese artists (Tatsuo Miyajima) and international practitioners (Lee Bul, Julian Opie). Like many of the Yanaka district's art galleries, the fact that it is situated in an antiquated building gives it a minimalist aspect that is at once both traditional and extremely fashionable. Worth a visit for the building alone. 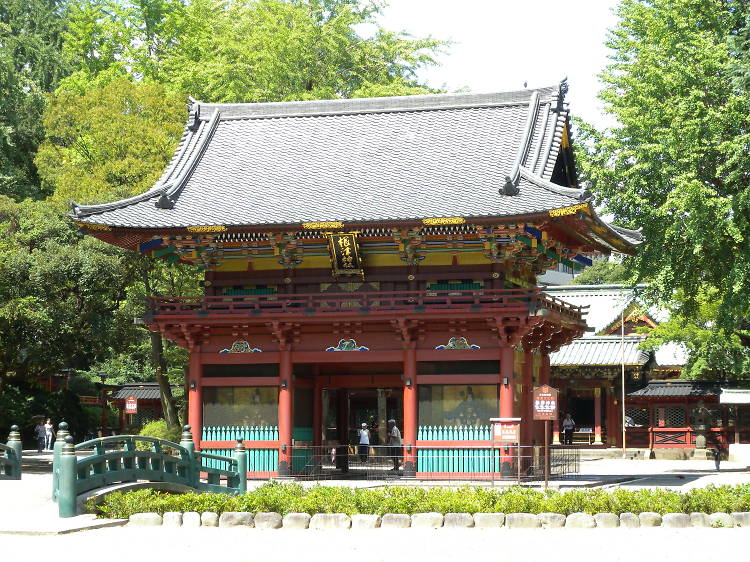 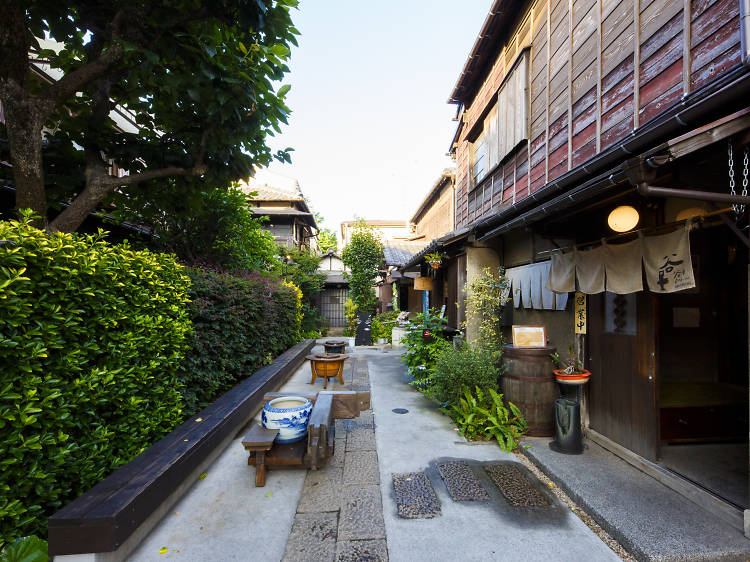 These three traditional houses in Yanaka were renovated into one complex of workshops, stores and residences, which include some rather innovative venues: a craft beer bar which feels like the set of an old Japanese movie, a store that specialises in salt and olives, and even more eclectic shops. 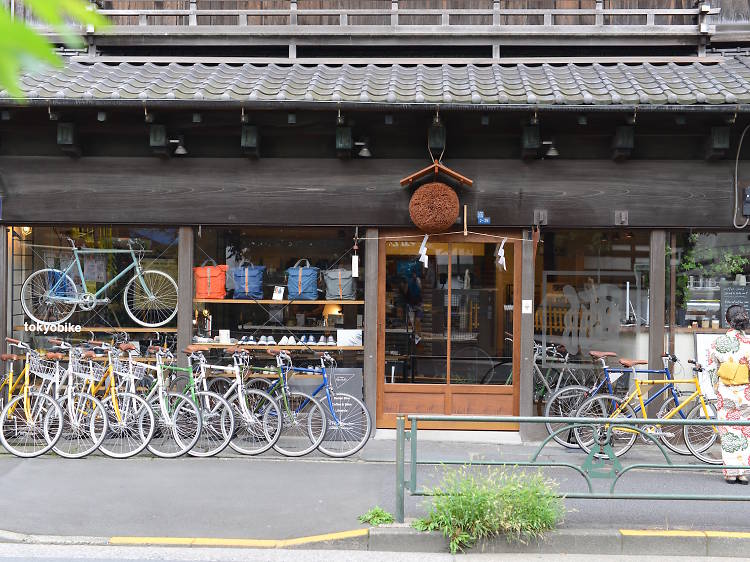 It could be said that Tokyobike is the design embodiment of the Yanaka mindset. The company have been knocking out simple, attractive bicycles, just a hop and a skip from Nezu Station, ever since they opened in 2002. The concept is simple: comfort above speed (Yanaka in a nutshell), ideally put together for the local life. 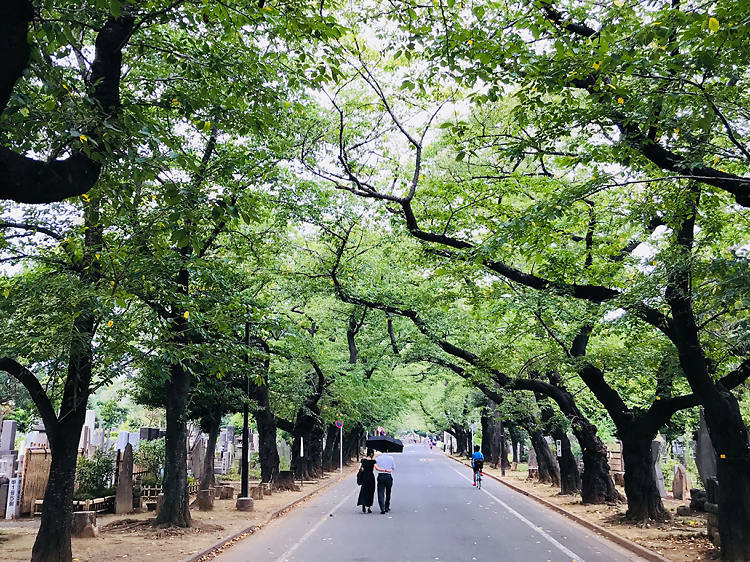 This is one of Tokyo's largest graveyards and, along with Aoyama Cemetery, one of its most picturesque. These days the avenue through the centre of the cemetery is usually quiet, but over 150 years ago it was a den of antiquity, lined with tea shops that doubled as brothels and illegal gambling dens. However, the cemetery does still have its popular periods - notably during cherry blossom season. The Japanese are oddly fond of holding blossom-viewing parties in the grounds of the city's cemeteries, and Yanaka is noted for its blooming cherry trees. With over 7,000 graves, the area it covers is vast - so big, in fact, that the cemetery has its very own police station. 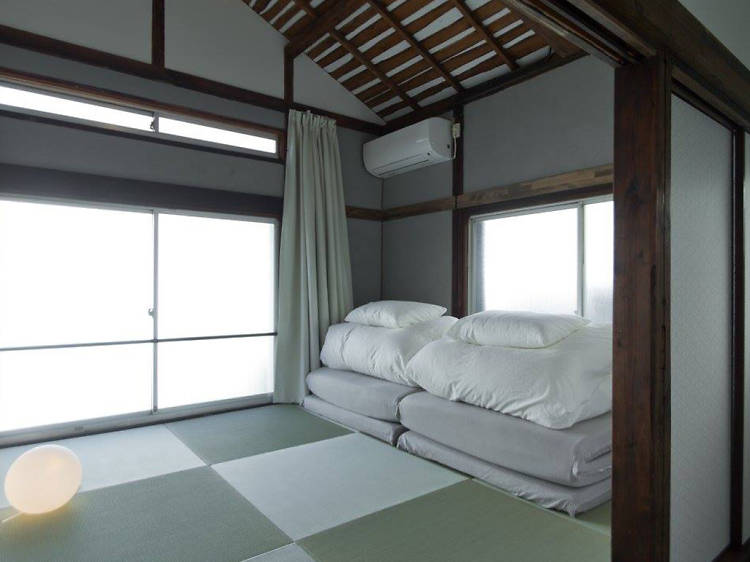 This hotel shuns chain anonymity and encourages its guests to embrace the city and live like a local. Hanare’s staff will introduce you to gorgeous shrines, shops that sell local crafts and the restaurants Tokyoites eat at. Located in a down-to-earth district, Yanaka, the homely hotel has four two-person bedrooms and another three-person bedroom, all with tatami mat floors. 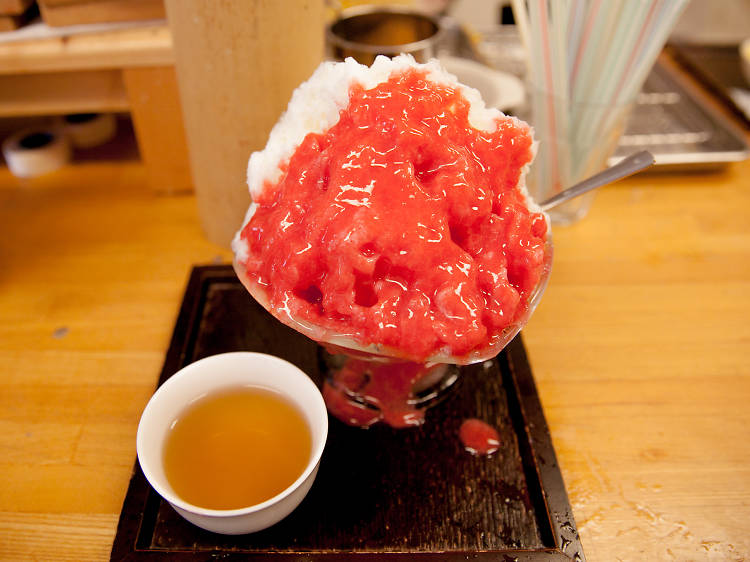 Anyone who thinks that traditional Japanese sweet shops are a dying breed should pay a visit to this charming Yanaka eatery. Himitsudo specialises in kakigori shaved-ice desserts, prepared with a traditional handle-operated machine and served with seasonal toppings (the selection changes daily). Himitsudo is unusual in that it keeps serving kakigori throughout the colder months too. 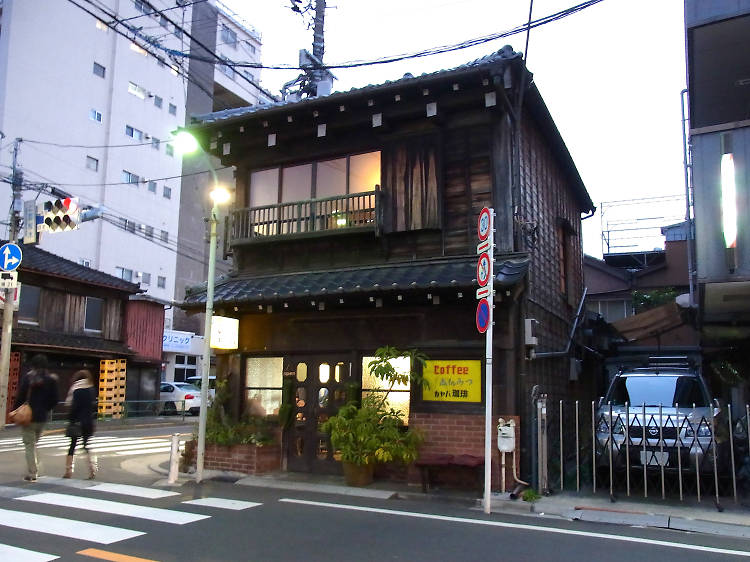 Upon spotting this charming old house on Yanaka's Kototoi-dori, most passers-by probably wouldn't guess that it's been home to a café for well over 70 years. Inside, you'll find a fusion of the time-honoured kissaten tradition and the newly trendy craft coffee ethos – no AeroPressing, just honestly good Joe, best combined with a pick off the wonderfully retro food menu. Try the egg sandwich (¥450) for a quick bite, or the weekly lunch (¥1,000) for a more substantial option. 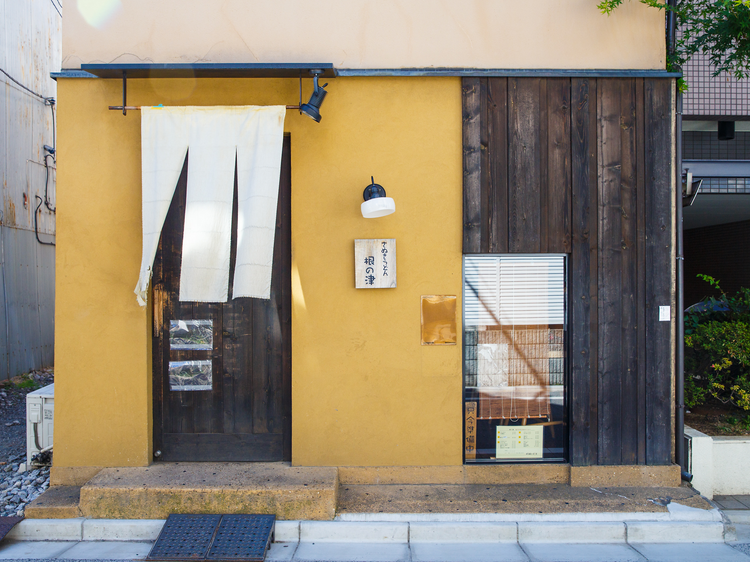 After years of travails at Ginza's now-closed Sakata, the owner of this udon joint opened his own shop on a Nezu backstreet and immediately hit it big: Nenotsu's chewy, elastic noodles and creative menu attract enough patrons for queues to form even on weekdays. We recommend the 'double udon' set, which consists of two ample noodle portions – one cold, one warm – but also like the quirky kama mentai butter, a variation on kamaage udon served with butter and marinated fish roe (mentaiko). 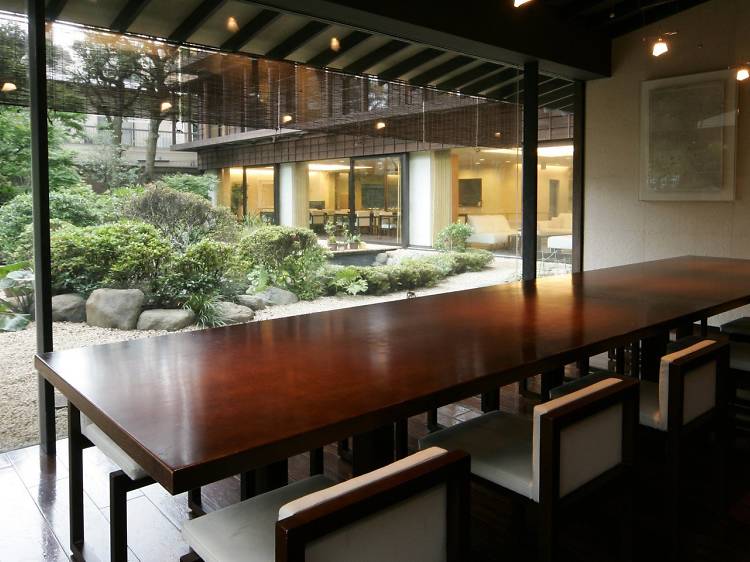 Kamachiku is quite possibly the most beautiful udon restaurant in Tokyo. It’s a special place, set in a lovingly restored century-old redbrick storehouse, complete with a modern glass-box extension which overlooks a verdant Japanese garden. The menu is just as impressive. The chunky, chewy udon – you can also opt for a thinner version – are of artisanal quality. Made fresh everyday and cut by hand, they are best eaten simple and unadulterated in one of two ways: cold noodles with cold dipping broth, or hot, where the noodles sit in a bowl of hot water and served with a hot dipping broth. 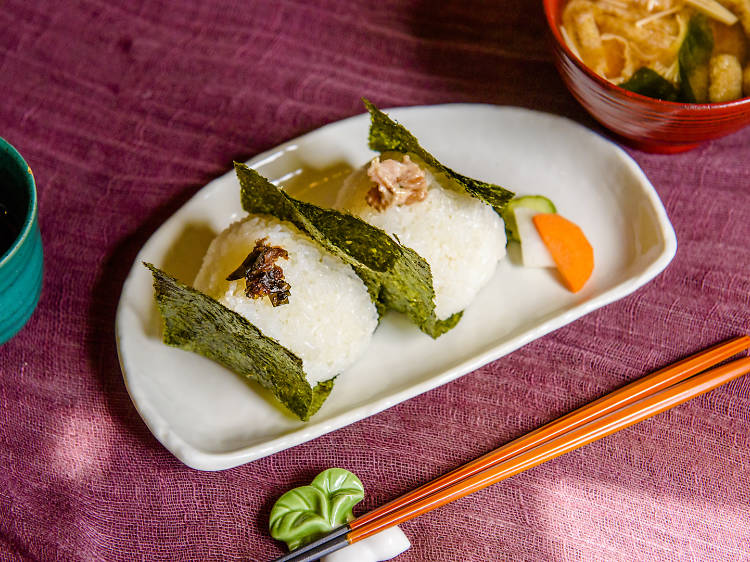 Whimsical onigiri dealers Risaku take their rice balls seriously: they have 30-odd filling options to choose from. Have one of the morning sets, which come with an onigiri or two, plus miso soup and/or side dishes – all for ¥500. 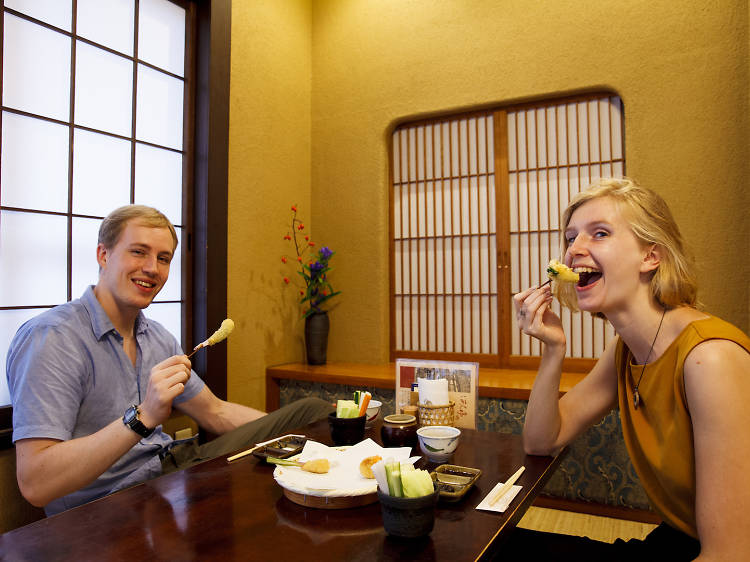 Kushiage (skewers of meat, fish or vegetables) is not gourmet fare, but Hantei almost makes it refined. This is partly due to the care that goes into the preparation, but mostly because of the beautiful old wooden building. There’s no need to order: staff will bring course after course, stopping after every six to ask if you want to continue. 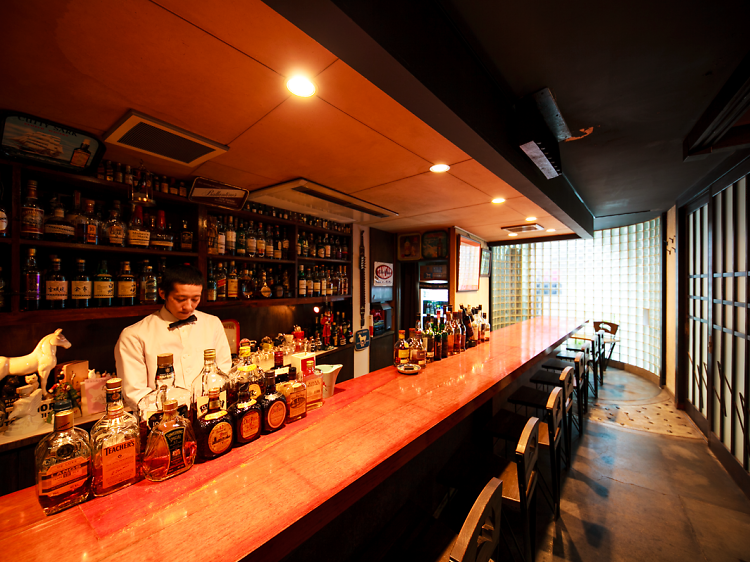 Step away from Shinobazu-dori near Nezu Shrine to find a certain very shitamachi-esque alley – one that’s also home to a supremely refined bar. It looks almost like someone’s home from the outside, so be careful not to miss the entrance. Manning the bar is the reticent Morito Hasegawa, a veteran of Ginza’s Rock Fish. Having set up his own place in 2015, he makes a mean ‘ice-free highball’ and serves up a nostalgic selection of blended whisky. 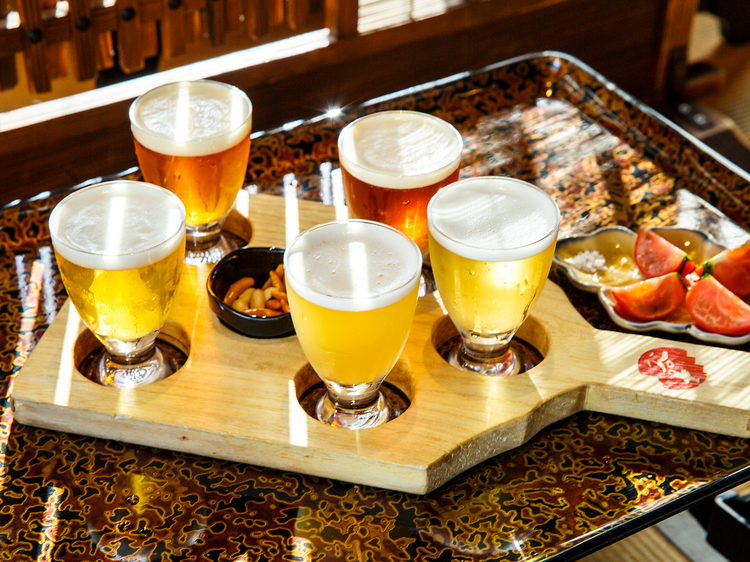 Sip on local craft beers in an atmospheric wooden house. It is part of a larger complex, which is also home to a bakery-café, bistro and event space. 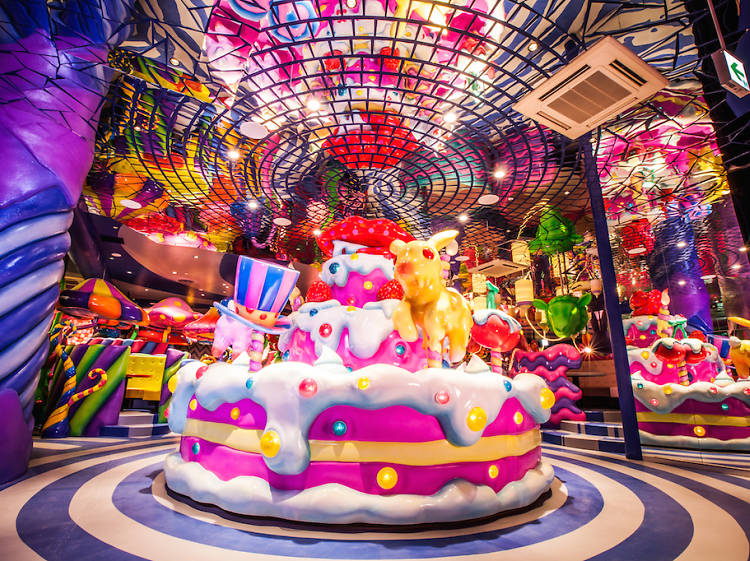 50 things to do in Harajuku

Where to shop, eat and drink in Tokyo’s ‘kawaii’ capital 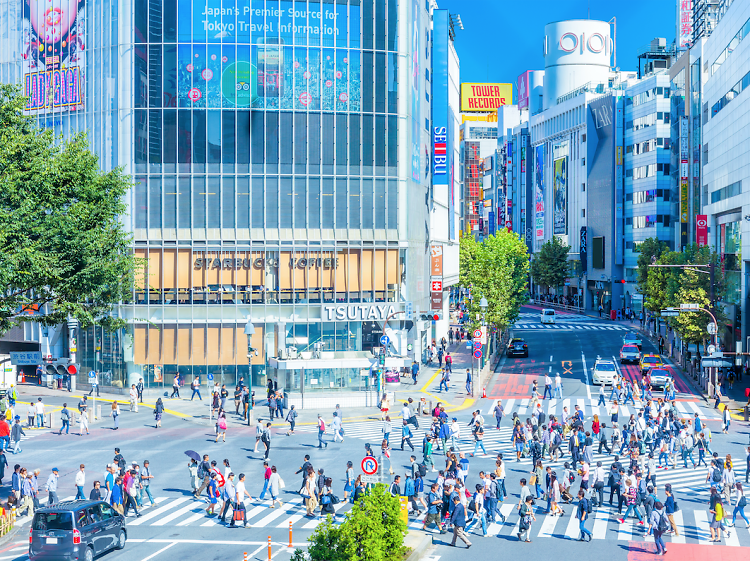 101 things to do in Shibuya

The best places to eat, shop and play in Tokyo’s buzziest neighbourhood 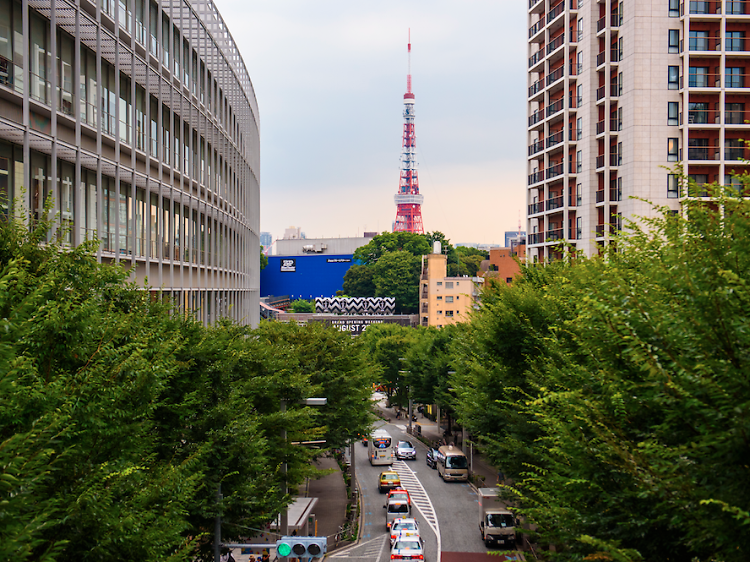 101 things to do in Roppongi

Where to eat, shop and play in ‘High Touch Town’