Compact, cultural Amsterdam is the perfect destination for a long weekend: the city centre, after all, offers no end of excellent restaurants, museums and other one-of-a-kind things to do. But if you’ve got more time in the Netherlands, and have already ticked off the capital’s major sights and attractions, there’s all manner of exciting days out to be had in the wider region, from the riot of colourful flowers at Keukenhof in the south-west to the quaint, historic splendour of Zaanse Schans a short trip north.

To the south, within easy reach by train, lies the pretty, medieval university town of Utrecht and the industrial and cultural powerhouse that is Rotterdam, a vibrant and exciting destination in its own right. For a more laid-back escape, head all the way north to the province of Friesland to visit Vlieland, a picturesque island and nature reserve where cars are banned and you can wander along beaches, windswept dunes and marshland.

RECOMMENDED: Full guide to the best things to do in Amsterdam 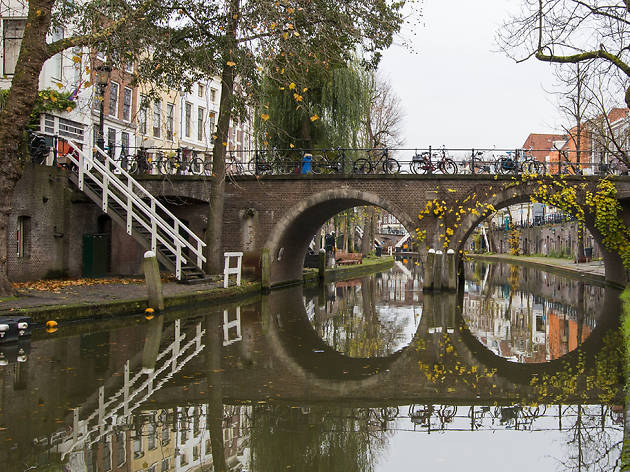 This lively medieval city feels like a mini-Amsterdam, though its beautiful canals and gorgeous streets are untroubled by the hordes of selfie stick-wielding tourists. The picturesque Old Town is full of cool independent boutiques, bustling cafes and bars, plus converted waterside wharf cellars, and it’s no slouch when it comes to culture either: some of the country’s best art and music can be found alongside the hundreds of historic monuments.

EAT
The chic, cavernous industrial space occupied by De Zagerij caters to every whim: morning coffee, cocktails, quick and tasty lunches, or a full five-course à la carte experience. The food is modern with a twist, made using only the freshest ingredients.

DRINK
Utrecht is a beer lover’s paradise and there’s nowhere better to sip a few ales than Café Olivier, a converted church that offers a huge range of brews both on tap and in bottles. Pro tip: order Belgian beer, their speciality.

DO
The best way to take in the magnificent Old Town – particularly Oudegracht – is from the water, and you needn’t restrict yourself to traditional canal tours (although they are great). Kayaks, pedalos and even gondolas are available to rent at various spots around the city centre.

STAY
Housed in a 17th-century mansion that used to be an eye hospital, the 36 rooms of the Eye Hotel are stylish yet homely and come in a variety of sizes to suit all budgets. Details such as walk-in showers and Nespresso machines make it a comfortable base for a day or two of exploring.

If you only do one thing…
Climb Dom Tower, known as the ‘pride of Utrecht’. Some 465 steps will take you the 95 metres to the top of the Netherlands’ highest church tower, where you’ll be rewarded with phenomenal views across the city and beyond. The guided tour also takes in the huge bells in the Ringing Attic and the beautiful St. Michael’s Chapel. 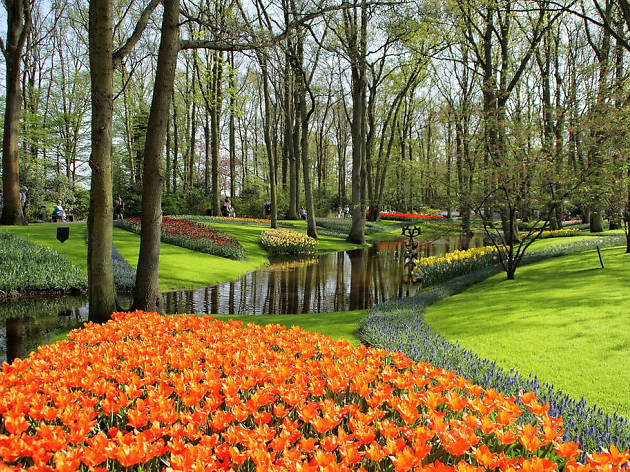 Known as the Garden of Europe, Keukenhof is home to one of the world’s largest flower gardens, with 79 colourful acres of blooms and 7 million bulbs planted every year. Though it’s primarily famous for its tulips, with over 800 varieties, there’s plenty more to discover. The last 10 days of opening season, for example, are taken up by the world’s largest lily show. April is the best time to see the tulips in all their wondrous glory.

EAT
For the best food in the area, head to Vier Seizoenen, a family-run restaurant that serves classic French cuisine with an Asian twist. Dinner is à la carte and the set lunch is decent, too. Both incorporate excellent fresh, local, seasonal produce.

DRINK
The small, quirky Het Café in nearby Lisse is a throwback to the Dutch ‘brown bars’ of yore. Bar games, hefty food portions and a cosy atmosphere make this a great place to quench your thirst after a day’s exploring. They even host karaoke on the weekend.

DO
If exploring the official garden isn’t physical enough for you, opt to rent a bike and cycle through the commercial bulb fields that surround Keukenhof. There are several routes to choose from (ranging from 4km to 7km) and whizzing past tulips in full bloom on two wheels is about the most Dutch experience possible.

STAY
A traditional, small inn in nearby Lisse, Het Wapen van Noordwijkerhout is known for its friendly, helpful staff and great-value, fuss-free food. Parking is free and the breakfast spread is sumptuous (as is everything else served here).

If you only do one thing…
Visit Keukenhof Castle. Over the road from the gardens, it was fully restored to its former lavish glory in 2012. Entry includes a 30-minute guided tour and there’s also a petting zoo for kids and a teahouse for those in need of refreshment. 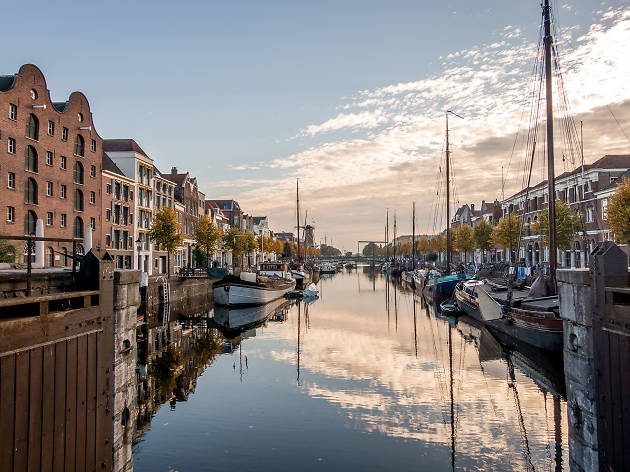 The Netherlands’s second-biggest city has a distinctive, ultra-modern feel, largely born out of the huge rebuilding projects undertaken after the Second World War. Some of the 20th century’s most renowned architects have worked here, and the city’s warm, diverse character is shared by the enthusiastic, can-do locals.

EAT
You’ll find many great restaurants here but for a real local flavour head to Markthal, a food hall in a striking residential and office building. The various stalls cover everything from sushi to tapas, pizza to vegan salads, and should you wish to do some grocery shopping, there’s also an excellent selection of produce stands.

DRINK
Hail a water cab and ride out to the SS Rotterdam, a former ocean liner that now houses a hotel, bars, restaurants, a nightclub and a museum. The Captain’s Bar, an homage to luxury 1950s cruising, is the place to sup decadent cocktails and killer G&Ts.

DO
Explore the historic Maritime Quarter, the only part of the city spared from Second World War bombing. Admire the riverside’s most iconic buildings and enjoy striking views of the largest port in Europe while on a harbour boat tour. Booking is essential.

STAY
Housed in the former HQ of the Holland America Line Company, the Hotel New York is an art nouveau wonder that’s a throwback to a bygone era of luxury and class. Rooms are tasteful and elegant (and faithful to the original spirit of the building).

If you only do one thing…
Climb the Euromast. Built as an observation tower in 1960, its various levels offer incredible views of the city. At 112 metres, there’s an open-air platform, while a rotating glass elevator takes you 185 metres up, where you’ll get to revel in possibly the country’s best panoramas. 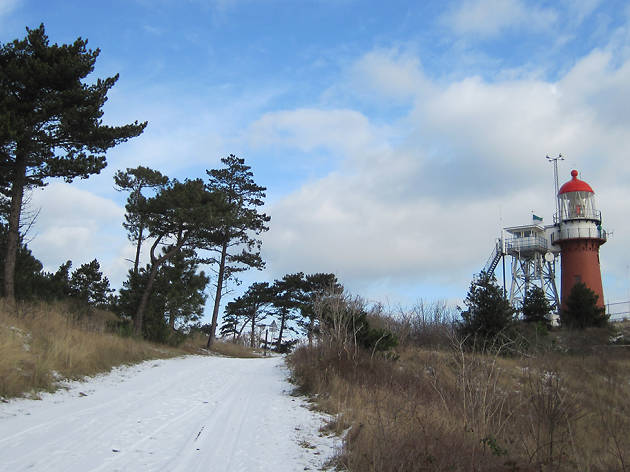 The Netherlands isn’t particularly well known for its flora and fauna, but it does boast several areas of outstanding natural beauty and wildlife. Vlieland, an island in the north of the country, is one of the most exquisite, packed as it is with sand dunes, meadows and marshland. Cars are banned and there’s only one town, making it the perfect escape for those looking to wind down for a day or two. Be sure to take the fast ferry (45 minutes) from the mainland to maximise your time.

EAT
In the cosy confines of Zuiver, there’s only one option: a five-course ‘surprise’ menu that changes daily and showcases the very best local and seasonal produce. The food is consistently excellent, and it’s worth shelling out for the accompanying wine pairings.

DRINK
There’s not much in the way of nightlife here but, for sundowners with the best view, Strandpaviljoen ‘t Badhuys – the island’s only beach bar – is the place to head. Grab a table on the terrace just a few feet from the golden sands.

DO
If time is of the essence, book a Tuk Tuk Safari, a guided tour of the whole island in an electric tuk tuk. Lasting 90 minutes and complete with witty, informative drivers, the tour takes in Vlieland’s wildlife in all its epic diversity (plus some breathtaking views). Expect seals, birds of prey and the most dramatic cloud formations imaginable.

STAY
Decked out in wood and with a number of cosy rooms in a converted stable, Posthuys offers a relaxing retreat in the heart of the sand dunes, several miles from the town centre. For nature lovers, this place is hard to beat. It also happens to be just a five-minute walk from one of the island’s best beaches.

If you only do one thing…
Visit the lighthouse. No longer in use, it remains a popular attraction; on a good day, you can see the mainland from the observation deck, 40 metres up. 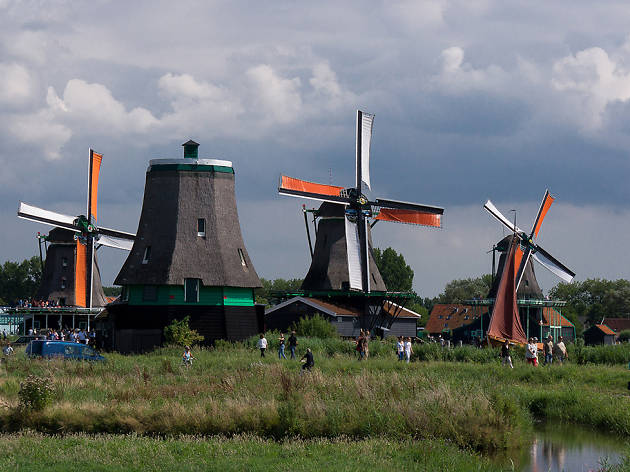 Take a trip back in time at Zaanse Schans, a perfectly preserved relic of the Netherlands’ industrial heyday in the 18th and 19th centuries. One of the country’s best-loved attractions, the area’s windmills, warehouses and traditional houses have been turned into museums and workshops showcasing various historic trades and customs: visit a cheese farm, see flour being made the traditional way or watch clog makers at work. Both fun and educational, it’s a fascinating glimpse into an era that made the country what it is today.

EAT
Listed on the Michelin Guide for over 40 years, De Hoop Op d’Swarte Walvis in its current incarnation serves contemporary Dutch cuisine made with exquisite regional produce. With a terrace overlooking the world-famous windmill panorama, the restaurant’s waterfront location is stunning, and you can dine in the bar, brasserie or restaurant proper.

DRINK
It’s fitting that an area so steeped in production, particularly of food stuff, should have its own microbrewery, and Brouwerij Hoop doesn’t disappoint. The small batch craft ales and beers are excellent, as are the bar snacks.

DO
There’s no quirkier gift or souvenir than a pair of traditional wooden shoes and, at Kooijman, you can witness the whole process ‘from log to clog’, using 80-year-old machinery and deft hand-crafting skills.

A B&B made up of several restored 17th-century villas, Heerlijck Slaapen offers elegantly done-out rooms and apartments, each with their own distinct feel and theme, wonderful river views, luxurious bathrooms and fine Dutch furnishings.

If you only do one thing…
Marvel at a working windmill. There are six still-functioning mills here: a mustard mill, two sawmills, two oil mills and the world’s last working dye mill. Most offer a permanent exhibition and the chance to climb up to an outdoor viewing platform. 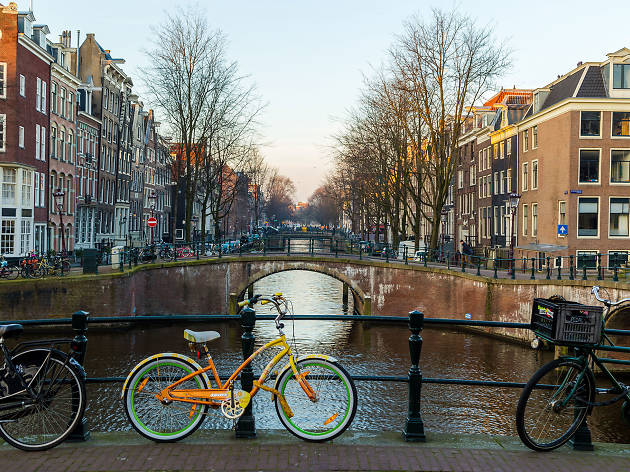 For such a compact city, Amsterdam packs a huge cultural punch. World-class museums, thriving nightlife, glorious parks and the picture-postcard Canal Ring mean you’ll never be short of things to do while visiting this modern, eclectic, cosmopolitan capital.