Where to find Bangkok’s best canelés

Imagine this: A pastry with a crispy caramelized crust, a delicate custard-like interior, and whiffs of rum and vanilla. Salivating yet?

Back in May, we predicted some food trends that would make it big in 2021, with the hope that Bangkokians would stop overindulging in the same old things. (Croissants, we’re looking at ya!) We still think our list is pretty spot-on, but if there’s one thing we regret, it’s not including the rise of the canelé, those Bordeaux-born confections that toe the line between a creme brulee and a sponge cake. So we’re now giving the French treat the recognition it deserves.

Bangkok is no stranger to canelés. These sweet morsels are sold in many cafés but haven’t been getting due attention, mainly because they’re priced rather high (they can go between B70 to B100 apiece) and come in what seems like an unfulfilling size.

But we understand why these bites have to be pricey. Canelés, after all, are one of the most challenging pastries to make. Ingredients cover everything from flour, to milk and butter, to egg yolks, to rum and vanilla, to cane sugar, but the more demanding bit is how to construct a beautiful pastry. It can take a day or two to come up with the perfect canelé—one with a crispy, rum-infused crust and a sweet, custardy interior.

When it comes to making canelés, these 11 shops know what they’re doing. So go and pay them a visit and show some love to this traditional French pastry. 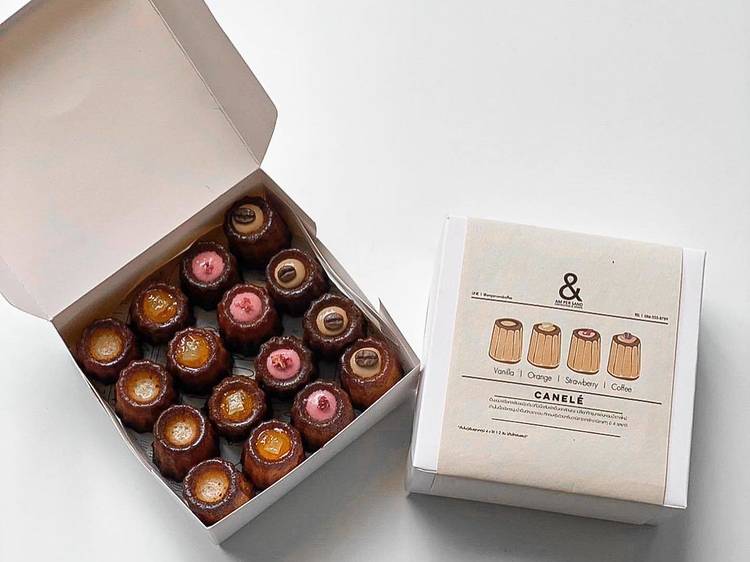 This white minimalist café and design store on Ratchapruek Road’s The Bloc isn’t just a cool spot for good coffee and hunting down a Freitag bag; it’s also a great place to get your fill of mini canelés (B50 for two), which come in four flavors: vanilla, strawberry, orange, or coffee. 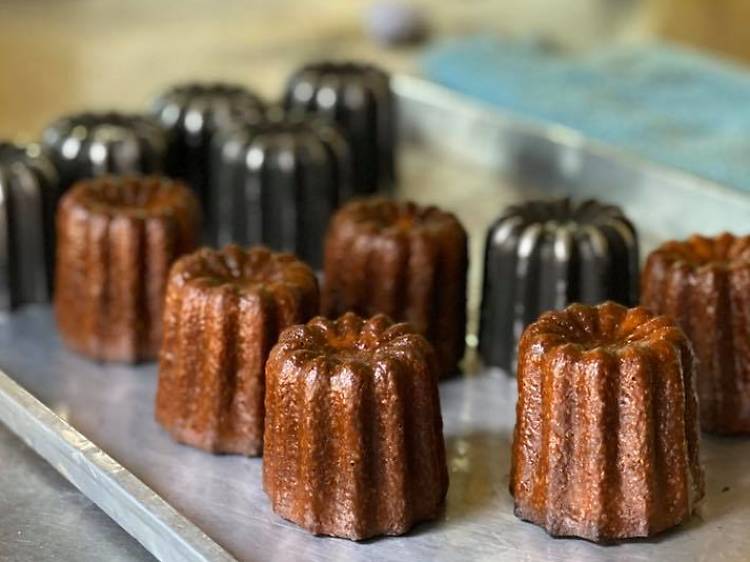 This café on Soi Petchburi 9 is known for its wide-ranging pastry menu, including canelés (B70) that don’t break away from the Bordeaux tradition. 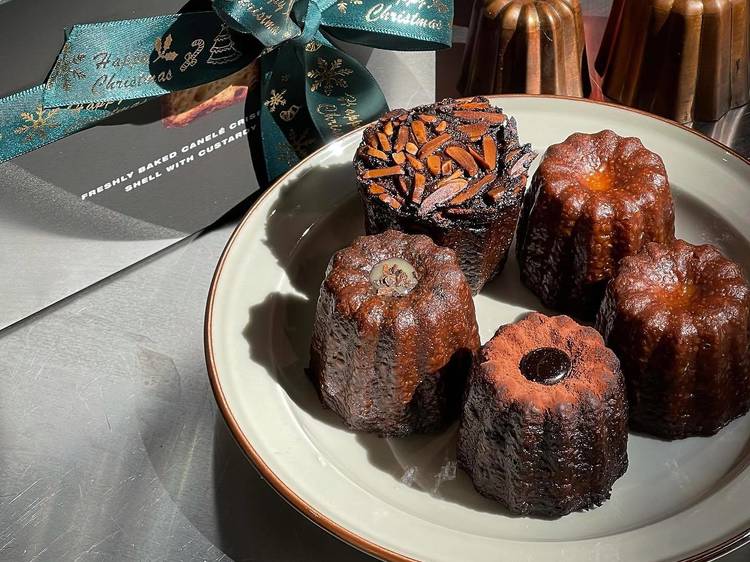 Canelés actually helped boost the popularity of this favorite hangout. A total of nine variants (from B90 to B105) are available, including original, hojicha, Earl Grey, Thai tea, and crunchy chocolate. 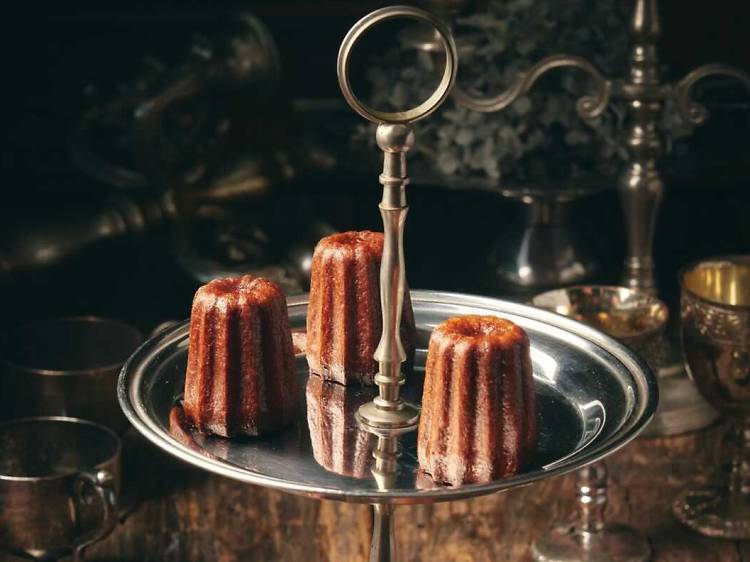 This famous bakery by Chef Pachara “James” Thakerngkiat is renowned for its croissants, but its classic canelés (B70) are also worth checking out—they give a great idea of how the pastry should taste. 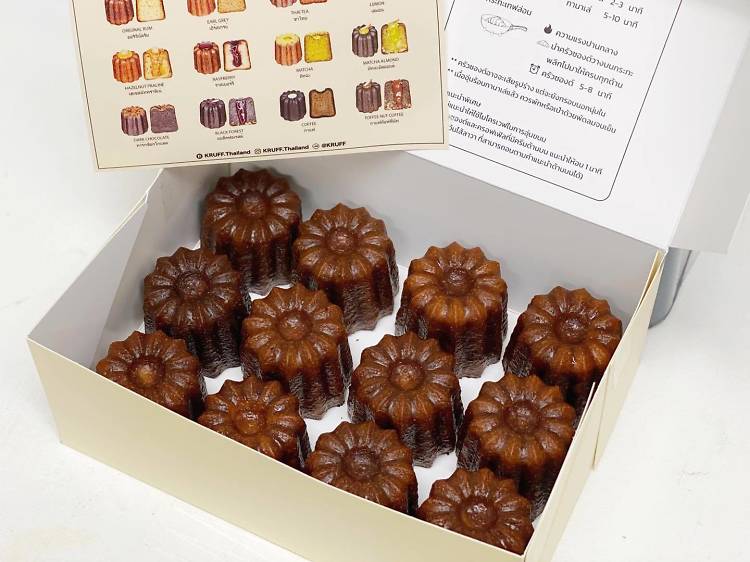 It’s renowned for its croissants, but a shoutout also goes to KRUFF’s canelés (BXXX?). They’re painstakingly made over a course of two days, and come in 12 appetizing flavors including lemon, Black Forest, hazelnut, coffee-toffee nut, and Earl Grey. 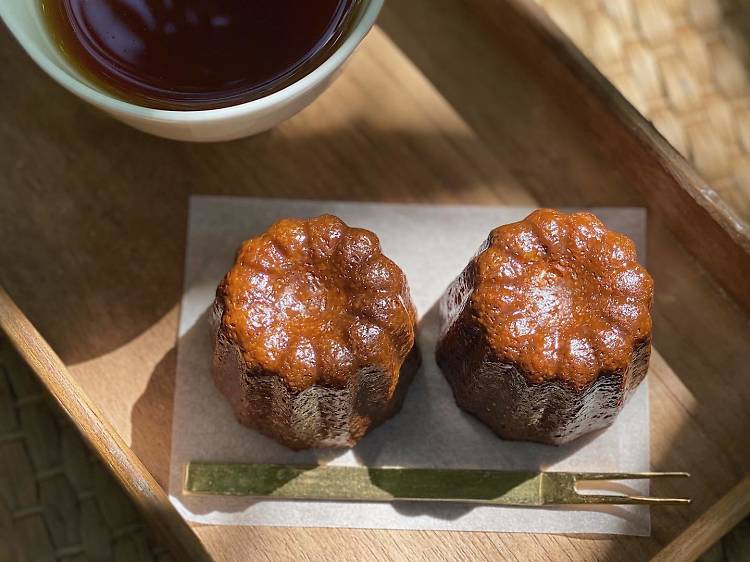 Lost in Sweet promises traditional canelés infused with dark rum. A box of six is priced at B390. Don’t forget to pre-order them first via LINE (@lostinsweet). 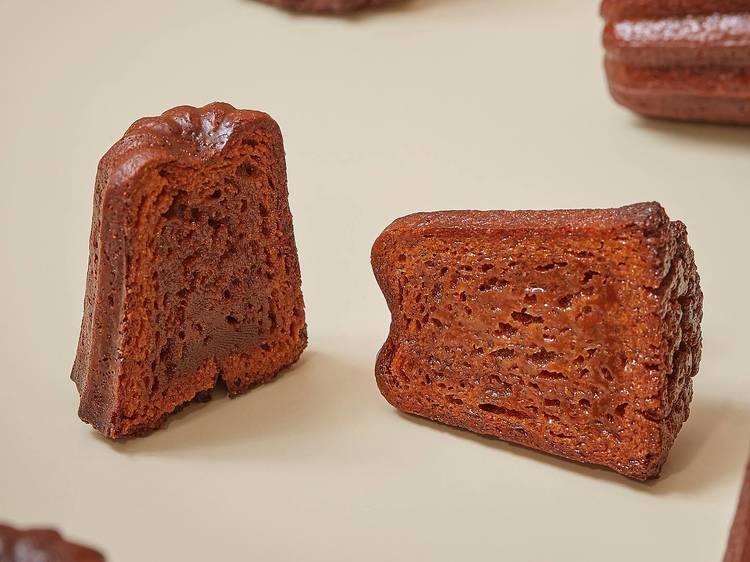 This reputable bakery has become a go-to establishment for scrumptious croissants and other pastries, but you can’t miss its authentic canelés (B65 to B75), which come in fun flavors like matcha, Thai tea, and Earl Grey. 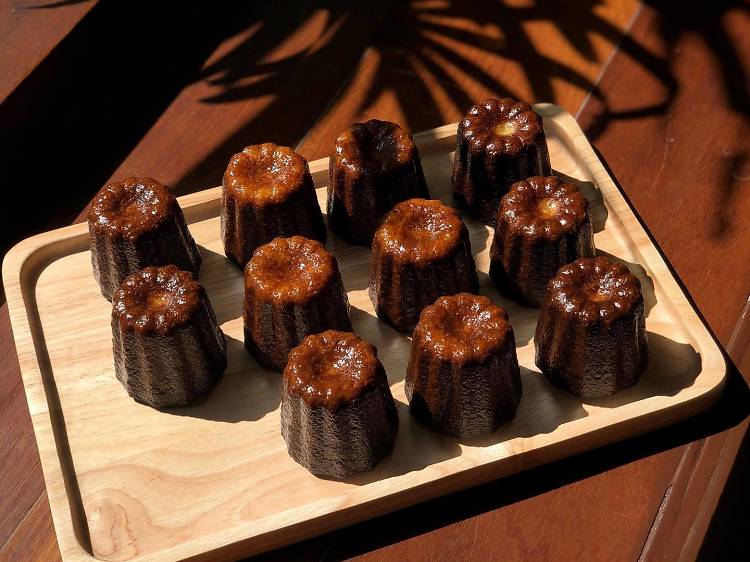 Set in the Tha Tien area, this refurbished shophouse venue is frequented by café-hoppers who come to check out its coffee and canelés (B75 for the original and B85 for the matcha). 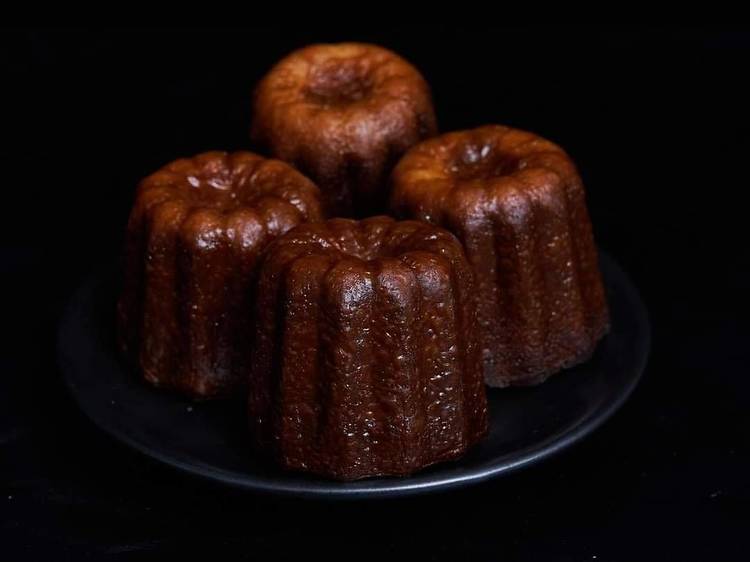 Sheep in the City

Sheep in the City

This cool spot near MRT Ladprao is perfect for getting refreshing caffeinated drinks and scrumptious pastries. Its canelés (B70) are worth a try—the café experimented with several recipes in order to come up with the perfect pastry. 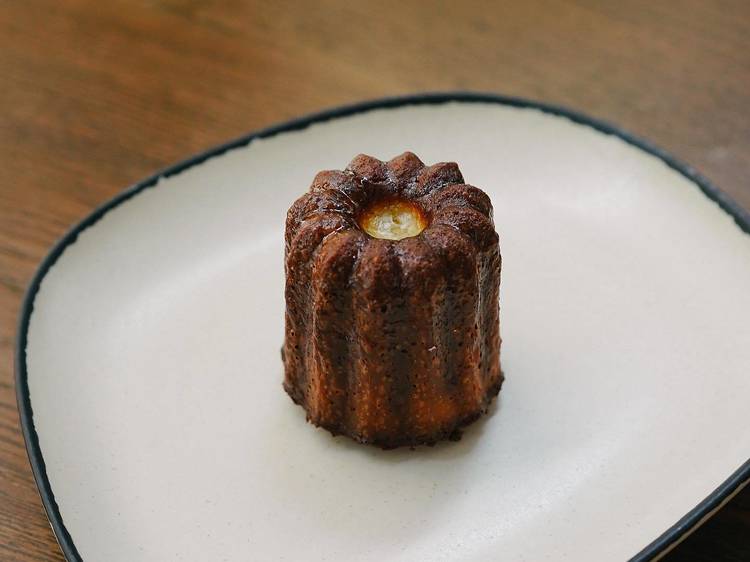 Tak province’s popular French pâtisserie has landed in the capital with a huge line-up of creative croissants as well as very good canelés (B85). Flavors include caramel (B95) and uji matcha (B135). 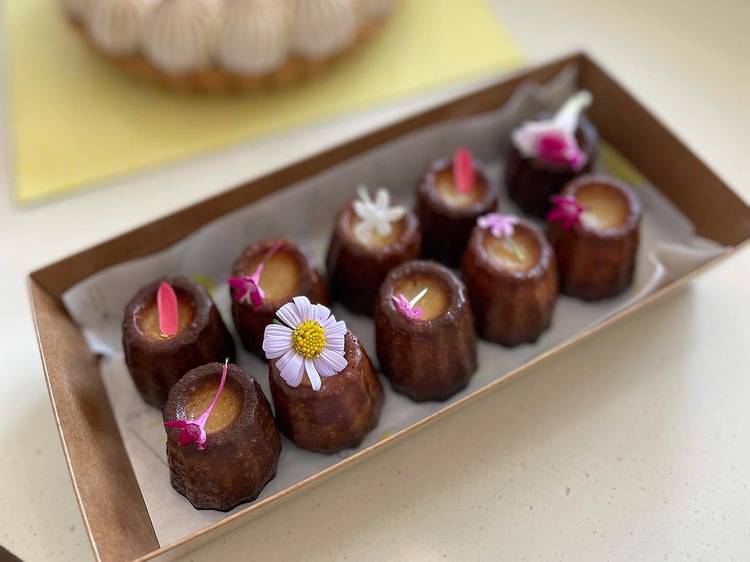 Dessert lovers flock to this cute spot on Soi Ekkamai Complex for pastries that appeal to both the eyes and the belly. On the canelé front, the shop offers a classic vanilla-rum flavor (B35) and a gluten-free option.