Digital rental proceeds from a trio of movies are helping to keep the Southport Corridor theater afloat.

If you're anything like us, you've probably blown through all of the best movies on Netflix now that you're spending your evenings at home. Instead of scraping the bottom of the barrel (trust us, watching Will Smith as a magical police officer in Bright isn't worth your time), why not support one of the best movie theaters in Chicago and stream a film that was originally scheduled to screen there?

Though its doors are closed and its seats are empty as the Illinois "stay-at-home" order remains in effect, the Music Box Theatre is partnering with studios to make some of the films that would have been projected on its screen available to view from the comfort of your couch. Quarantined cinephiles can currently rent Romanian crime thriller The Whistlers, Chicago-made dramedy Saint Frances and Brazilian Western Bacurau, with a portion of proceeds from each rental supporting the Music Box during a time when the theater is unable to host guests and sell popcorn topped with real butter. Learn a bit more about each film and find links to where you can rent them digitally below.

"[Romanian director Corneliu Porumboiu] drops the introspection and amps up the entertainment, concocting something genuinely fresh from the familiar ingredients of the crime thriller. The Whistlers is just enormous fun, brimming with nods to classic movies that could prove distracting, but only add icing to the cake," says Time Out global film editor Philip De Semlyen. $12 rental.

The debut feature of Chicago director Alex Thompson (shot in Chicago and nearby Evanston) follows Bridget (played by screenwriter Kelly O’Sullivan), a former waitress who falls into a job nannying for a six-year-old girl named Frances. An unplanned pregnancy and a series of clashes with Frances and her mother complicate Bridget's situation, propelling the earnest and often humorous narrative forward. $12 rental.

"Mobile reception is on the fritz, the local water supply has been stopped up, there’s a UFO-shaped drone flying about overhead and someone’s started picking off the locals one-by-one. Welcome to the Brazilian town of Bacurau, the dusty hardscrabble setting for a supremely violent guilty pleasure of a movie that crams elements of the western, John Carpenter-y thriller beats, some mordant wit and a streak of peppery political commentary into one hugely entertaining modern exploitation flick," says Time Out global film editor Philip De Semlyen. $12 rental, available through April 9.

Want to make your evening an even closer approximation of a Music Box screening? Before you queue up your film and hit play, pull up this pre-show performance by Music Box organist Dennis Scott and imagine that you're sitting under the theatre's star-covered ceiling. 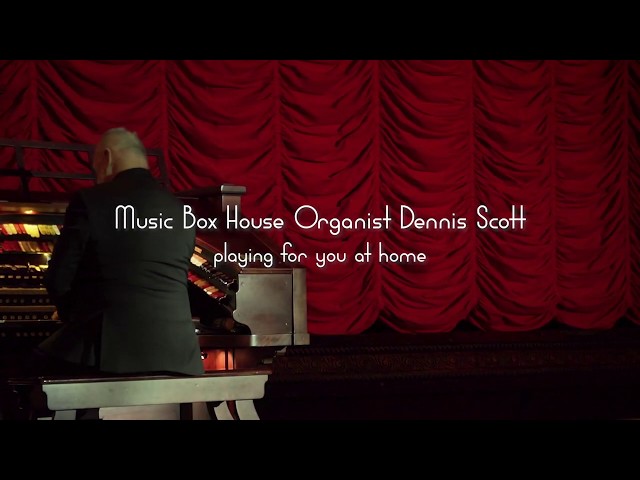