What to eat and drink at Christkindlmarket 2022

From mulled wine to raclette sandwiches, these are the best bites at the holiday market. 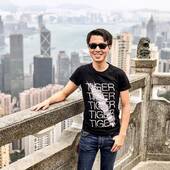 Chicago’s favorite holiday tradition, Christkindlmarket, is now open at its usual locations in Daley Plaza and Wrigleyville (also home to Winterland at Gallagher Way), as well as a new site in Aurora. The German-inspired wonderland is full of vendors selling festive trinkets and delicious foods and beverages. Regardless of whether you’re a seasoned veteran or a first-timer, the experience can be a bit overwhelming. That’s why we’ve taken a stroll through this year’s market to see what you should be eating and drinking. So if you’re looking for recommendations, here are our top picks.

The drink that’s synonymous with Christkindlmarket, glühwein is a must for all visitors. It’s served in a souvenir mug, which is once again not shaped like a boot, and there are white apple cinnamon and non-alcoholic versions as well. The body-warming properties of the mulled wine cannot be overstated, especially when the wind chill approaches zero. You'll save a dollar on mug refills.

On frigid days, when fingers and faces are almost frosted over, Christkindlmarket’s raclette stand and its distinct smell will quickly jolt you back to life. For those who are unfamiliar, raclette is a pungent Alpine cheese that’s typically served over boiled potatoes. Here, it’s melted and scraped onto a toasted baguette along with, if you desire, cured meats or a bratwurst. The nutty cheese paired with salty jamon was our favorite combination during our visit, and for a brief moment made us forget all about the harsh elements.

Seeing as Christkindlmarket is inspired by an annual market in Nuremberg, Germany, sausages are of course one of its most popular items. There are several to choose from but we can’t resist the appeal of a good ol’ bratwurst. Though it’s a bit on the smaller end, the grilled sausage is a satisfying bite that should provide enough sustenance to help you survive the crowds. We like to add tasty sauerkraut (for an extra dollar) and a dollop of brown mustard on top to bump up the flavors.

We haven’t conducted a scientific survey but we can say with confidence that nearly everyone loves fried potatoes. So potato pancakes are always a no-brainer. An order at Christkindlmarket comes with three decently-sized pieces, and you have the option of adding sides like apple sauce and sour cream. They’re perfectly crispy and delicious—just make sure to attack them right away before they turn into cold lumps.

Glühwein is the customary go-to for a hot sip at the market but if you’re looking for something heartier, the soljanka is a good choice. This thick and sour soup is peppered with sausage, pickles and onions plus spices to give it a little kick. It’s a mini meal on its own, and one that’s wholly appreciated during bouts of freezing weather.

Maybe you don’t want to fill up too much on your visit (we’re not judging). In that case, grab a bag of nuts to snack on while walking around. The amaretto-coated roasted cashews—sold in three sizes—are a sweet treat we love and think you’ll love, too. Your friends and family will also be very grateful if you happen to bring them some.