Chicago is teeming with art and culture, and you want to experience all of it. In a single day. It's not possible to take in everything Chicago has to offer in a scant 24 hours, but that won't stop you from trying to hit all the record stores, art galleries and best museums. We crafted a custom, activity-packed itinerary of all the very best things to do and see. Along the way, you'll check out the city's top institutions, grab brunch at an art museum, see an improv show and so much more. Prepare for the ultimate day out in Chicago.

24 hours for the Culture Vulture 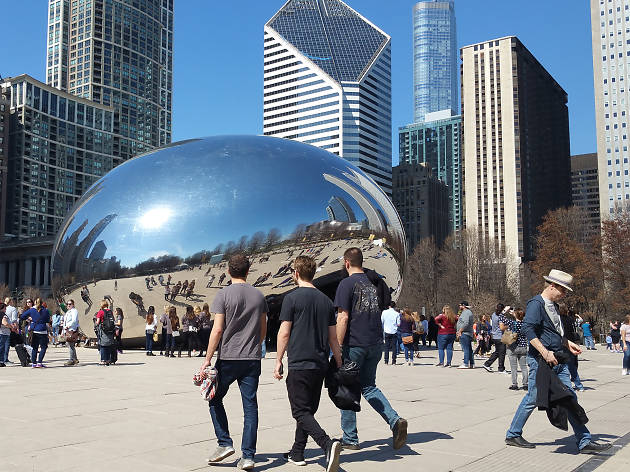 Beat the crowds at the city's premier art park, and see the Bean reflect the skyline against the sunrise. In addition to Anish Kapoor's shiny icon, this 24.5-acre park also features Frank Gehry's Pritzker Pavilion and serpentine bridge, Jaume Plensa's Crown Fountain (with its ever-changing array of locals' faces spewing water every five minutes in the summer months) and the beautiful Lurie Garden. 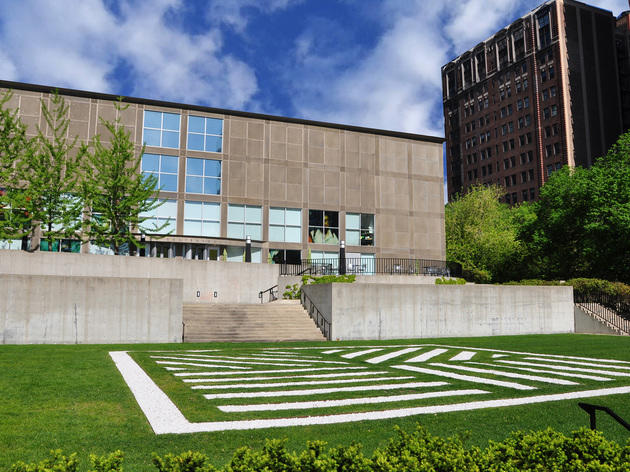 Kick off your day with a visit to Chicago's hottest collection of contemporary art. More compact and focused than the sprawling Art Institute, the MCA boasts buzzy programming, talks and visiting artists. Programs like MCA DNA spotlight the best of the museum's impressive permanent collection, while the upstairs exhibition space almost always has a big-name show (recent artists include Takashi Murakami and Kerry James Marshall). Take your time exploring. 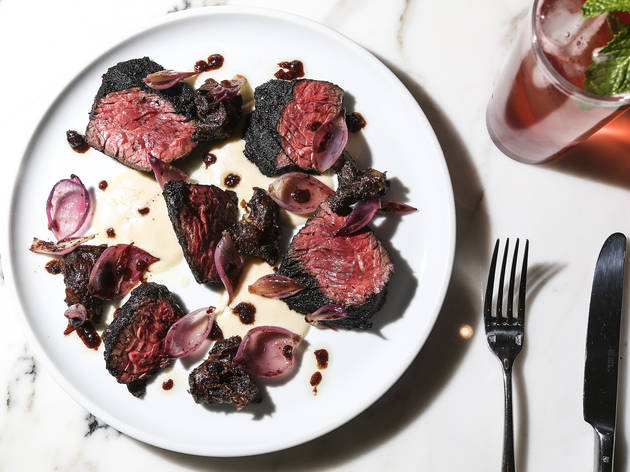 The in-house restaurant at the MCA doesn't serve your average museum grub. The chefs behind Lula Cafe opened the Streeterville eatery in 2017. They serve inventive plates that are just as exciting as the art on the walls. It's named after avant-garde French-Venezuelan sculptor Marisol Escobar, who was the first artist to contribute to the MCA back in the 1960s. The vegetable-heavy dishes are meant to be shared, so eat with a date. 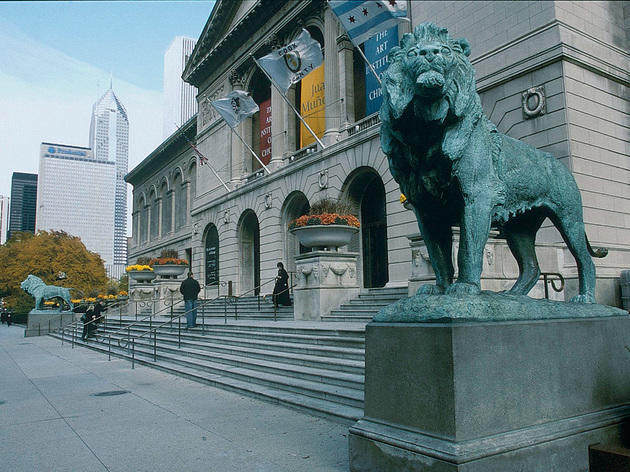 You could spend your entire 24 hours in this encyclopedic institution and barely scratch the surface, but with a couple of hours you can dig into a particular collection (the Japanese prints, fragments of local buildings by Frank Lloyd Wright or the Thorne Miniature Rooms, for instance) or a world-class traveling exhibition. You can't go wrong with the impressionist collection, which boasts Monet's haystacks and Seurat's "A Sunday on La Grande Jatte." 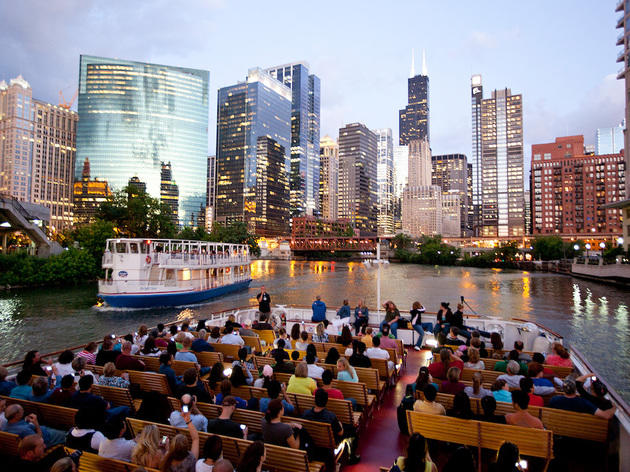 This is an absolute must-do for any architecture enthusiast visiting town. CAF's boat tours and their knowledgable docents are the best way to learn about the city's most beautiful buildings. Rest your feet after all that museum time and listen to the experts tell you a thing or two about Chicago's iconic structures. 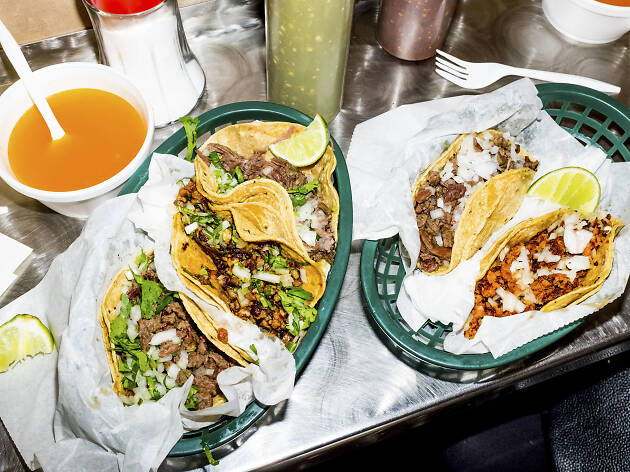 Had enough art yet? Didn't think so. Take a break from the big museums and take the Pink Line to the Chicago Arts District in Pilsen, where intimate galleries featuring exciting up-and-coming artists rule. Once you're good and hungry, head to Carnitas Uruapan and order carnitas by the pound, accompanied by nothing but corn tortillas and salsa verde. 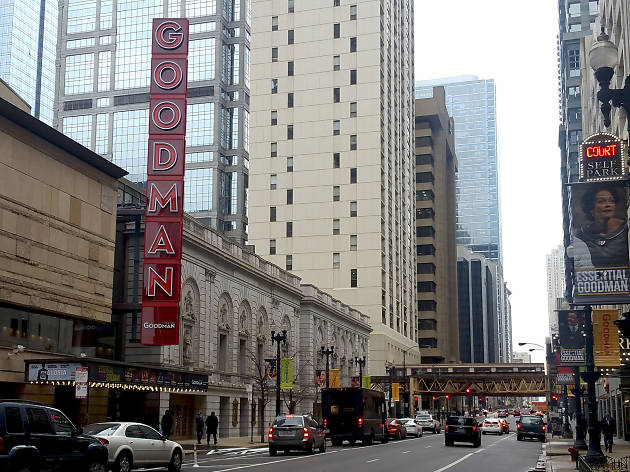 Now's your chance to get out of downtown—if you want to. There's theater downtown, to be sure, including the venerable Goodman, Broadway in Chicago's touring houses and a home for dance at the Harris Theater. But Chicago's thriving stage scene stretches out into the neighborhoods (mostly on the North Side), where locals develop fierce loyalties; consider hopping on the Red or Blue Lines and catching a show in a storefront. Visit one of the League of Chicago Theatres' Hot Tix booths (72 E Randolph, 163 E Pearson or 108 N State) for deals and advice, or check our critics' current picks for what to see. 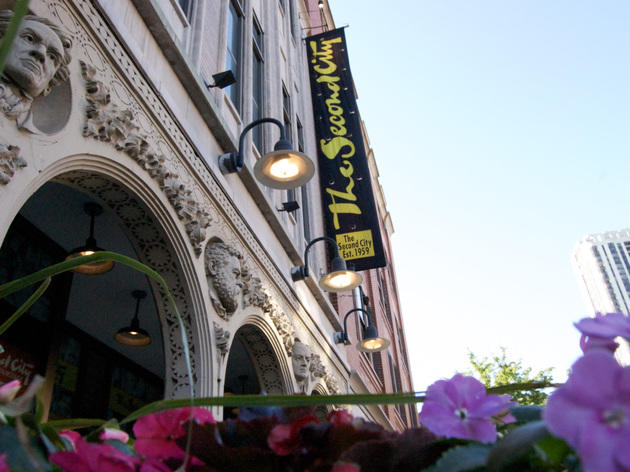 Any culture nerd will get a kick out of being at the Second City, given its impressive cast of alumni (including Tina Fey, Amy Poehler, Stephen Colbert, Steve Carrell and many, many more). The Second City's mainstage and e.t.c. casts both perform a free set of improv and in-progress scripted sketches following every show except Fridays and Saturdays; those nights, you can instead check out a cheap show (under 15 bucks) upstairs in the de Maat Theatre or Donny's Skybox. 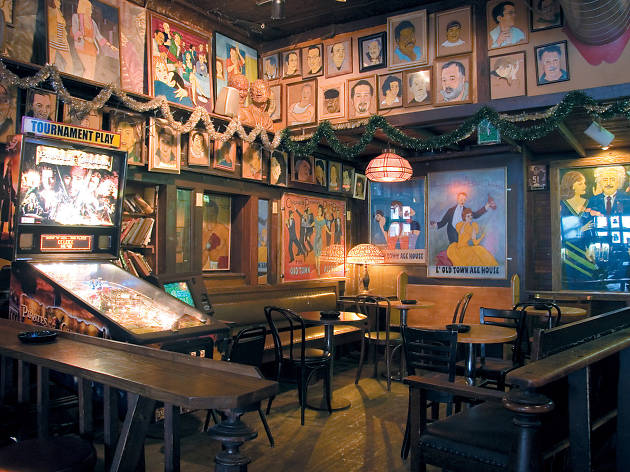 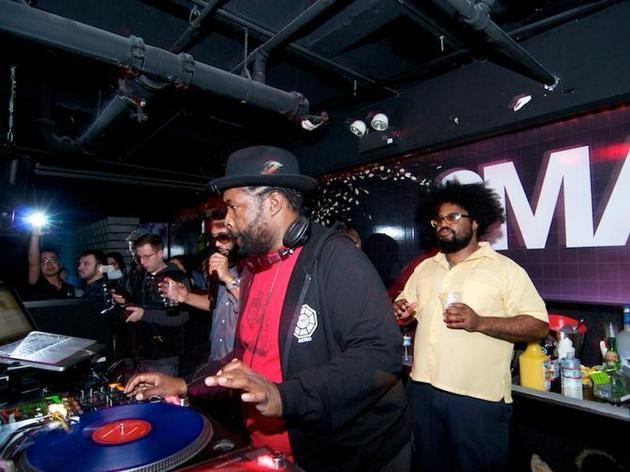 Chicago was an early home to house music in the mid-'80s, and Smart Bar is the home of that robust scene. Originally on the fourth floor of the magnificent Wrigleyville building (also home to Metro), this venerated dance club is now in the basement. The club boasts a world-class Funktion One sound system, which sounds tremendous on the central dance floor. Cutting-edge DJs from Europe, Detroit and Chicago form the bulk of the weekend bookings with house, techno and electro styles. Dance the night away at this club, beloved by electronic music junkies. 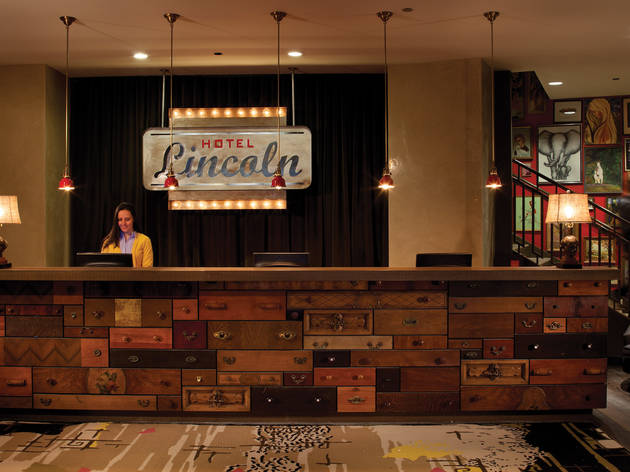 Once you've danced all you can dance (or when Smart Bar kicks you out), catch some Zs at Hotel Lincoln. The complete overhaul of this 12-story Lincoln Park hotel (formerly a Days Inn) is Joie de Vivre’s first in Chicago. It offers 184 guest rooms, clever artwork (quirky paintings on a lobby wall were sourced from Lincoln Park yard sales) and a coffee shop, Elaine's Coffee Call, featuring La Colombe java, if you have to hit the road early.