Marvel at the creatures of the freshwater aquarium in Karlovac

Karlovac is the home of Croatia's only freshwater aquarium, the sleekly designed Aquatika centre

For many who come to Croatia, catching a glimpse of dolphins is the icing on the cake of your seaside vacation. Bathed in sunlight, their playful leaps from the Adriatic are captured on camera and video, thereafter destined to attract large audiences on social media. Summer 2019 has already seen them joined in the footage frenzy by two sizeable sharks, their images captured off Korčula and Makarska.

'Water, water, everywhere, nor any drop to drink' famously bemoaned the seafaring protagonist in Samuel Taylor Coleridge's epic poem 'The Rime of the Ancient Mariner'. But, though famous first for its coastal waters, their sometimes exotic animals and their myriad magical islands, that has never been a problem in Croatia. Away from the sea, the country has one of the largest proportions of surface and underground water reserves in the world; compared to the rest of Europe, per capita, such reserves are greater only in Iceland and Norway. 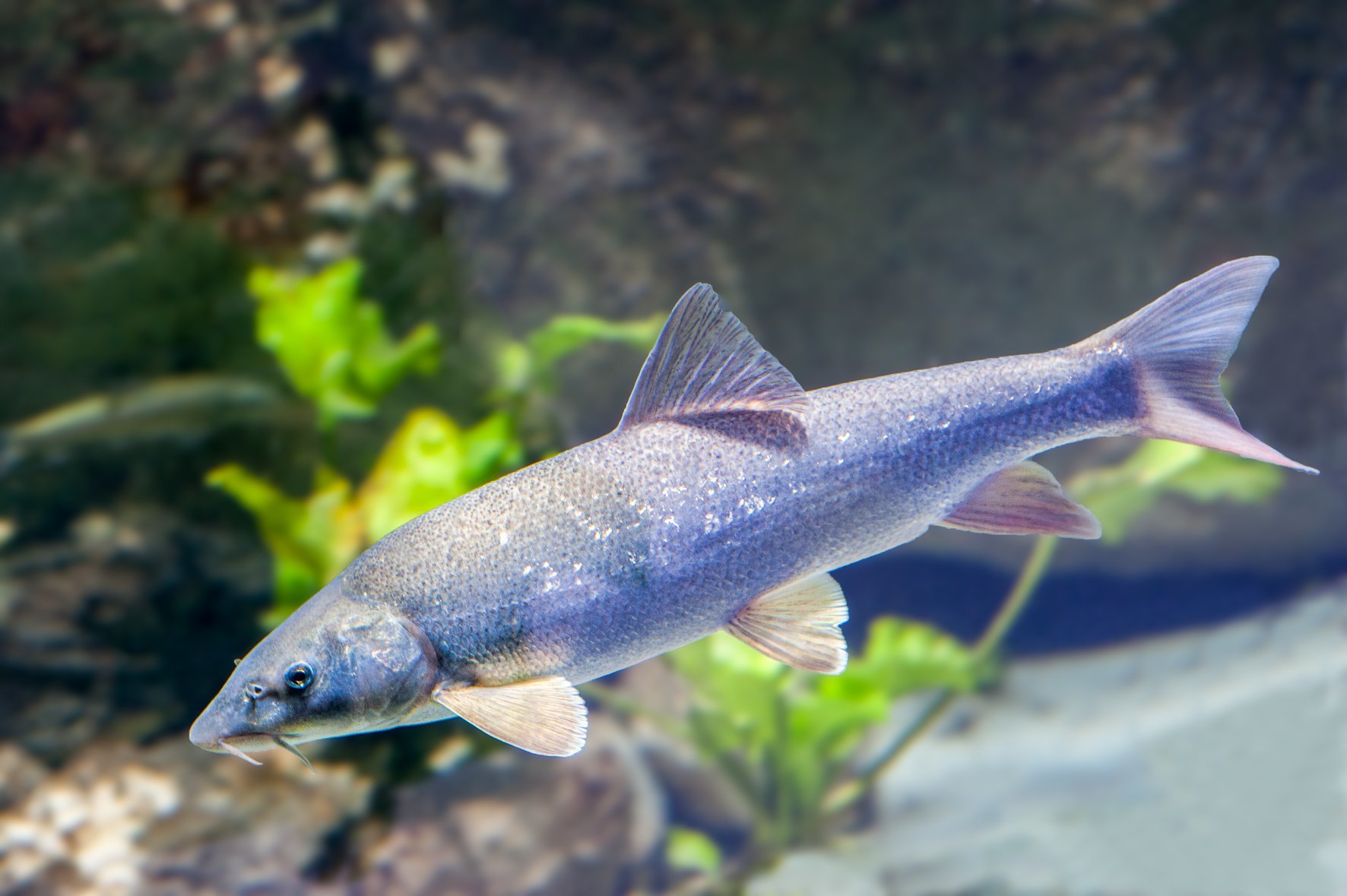 62 percent of inland Croatia belongs to the Black Sea catchment basin, including three of its epic rivers, the Sava, Drava and Danube, all of their tributaries, including the Kupa, Korana, Mrežnica and Dobra rivers which surround Karlovac and even the famous Plitvice Lakes National Park nearby. The smaller remainder of the country falls into the Adriatic catchment basin including major rivers such as the Cetina and the Neretva. Much of inland Croatia is low lying land, in fact, vast swathes of the country, from Zagreb in the west, all the way to the country's easternmost borders with Serbia, Hungary and Bosnia, are part of the Pannonian Basin and were once underwater. Indeed, Croatia's water resources and potential could be compared to an iceberg, its saltwater seas the visible tip, its freshwaters a giant which goes comparatively unnoticed.

As the only aquarium in Croatia dedicated to freshwater fish, Aquatika in Karlovac is trying to readdress this balance. Shining a light on not only the inhabitants of Croatia's inland rivers and lakes but their entire natural environment and the ecosystem of which they are an integral part, this ultra-modern complex is a must-visit for anyone travelling from Zagreb to Plitvice Lakes National Park, the perfect preface to its trails of waterfalls and freshwater lakes.

With over 150 different species of fish living in its rivers and lakes, Croatia has more types of freshwater fish than any other country in Europe. Over 50 of these species do not exist anywhere else in the world. Aquatika is therefore certainly not lacking in exhibits to display.
Each family of fish that lives in Croatian rivers is represented at the centre and a lot more besides. The country's abundance of ichthyological diversity is enabled only by Croatia's geographical position within two separate drainage basins. Aquatika tells the tale of Croatia's river fish by examining, over the complex's three levels, each stage of their habitat within these basins, from river source to where the freshwater meets the salt of the sea.

The first level of the centre looks at the highest region, the river source and its headwater. Here, the water is cool, clear, full of oxygen and fast-flowing, lying atop a rocky bottom as any sediment is flushed downstream by the gushing water. Species such as trout live here, feeding on insects, their larvae and crustaceans before their growth in size demands they switch to a larger meal of other fish.

Aquatika’s huge tanks are not decorated with fake castles and sunken boats like they might be at home. Instead, the centre has tried to recreate the natural habitat of the fish. As you descend through Aquatika’s display floors, following the same route as a river flowing downstream, the flora becomes more abundant and the floor beneath the fish slowly transitions from rock, then to pebbles and onto shingle and sand. As the environment changes, so does its inhabitants.

Graylings are the next kind of fish to appear on your route, feeding on invertebrates that live around the sparse plant life, rocks and natural detritus that occurs here. Then, the number of species explodes in variety as we enter the region most populated by river fish, the water temperature having risen considerably since the earliest tanks, the oxygen levels having plummeted and the waters more calm. Such conditions enable the growth of algae and fungi, creating a bountiful feeding environment for fish and you can see chub, asp, nase, vimba, bleak and loaches in these tanks, swimming in waters which have a sand and gravel bottom.
As the river courses towards the sea, the expanse of water widens considerably, its speed slows and temperatures are warm. Here, the river is ornamented by aquatic plants, many able to root themselves to the river bed and fish such as tench, perch, carp, and catfish feed around the sand and silt bottom, before flounders, sole, mullet and ruffe appear at the point where the freshwater meets the salt water.

Aquatika is mostly a celebration of Croatia’s inland waters and their inhabitants, an enlightening journey in which these sometimes monstrously large and curious-looking fish can be seen happily swimming aside their natural neighbours. But, if nothing else, it is a realistic journey. Therefore, while the tone of the tour allows you to marvel happily at these wondrous creatures, some space is left in the multiple-language texts aside the tanks (and in the multiple-language guided tours, which can be accessed on a phone app or led by a member of staff) for cautionary notes about conservation. 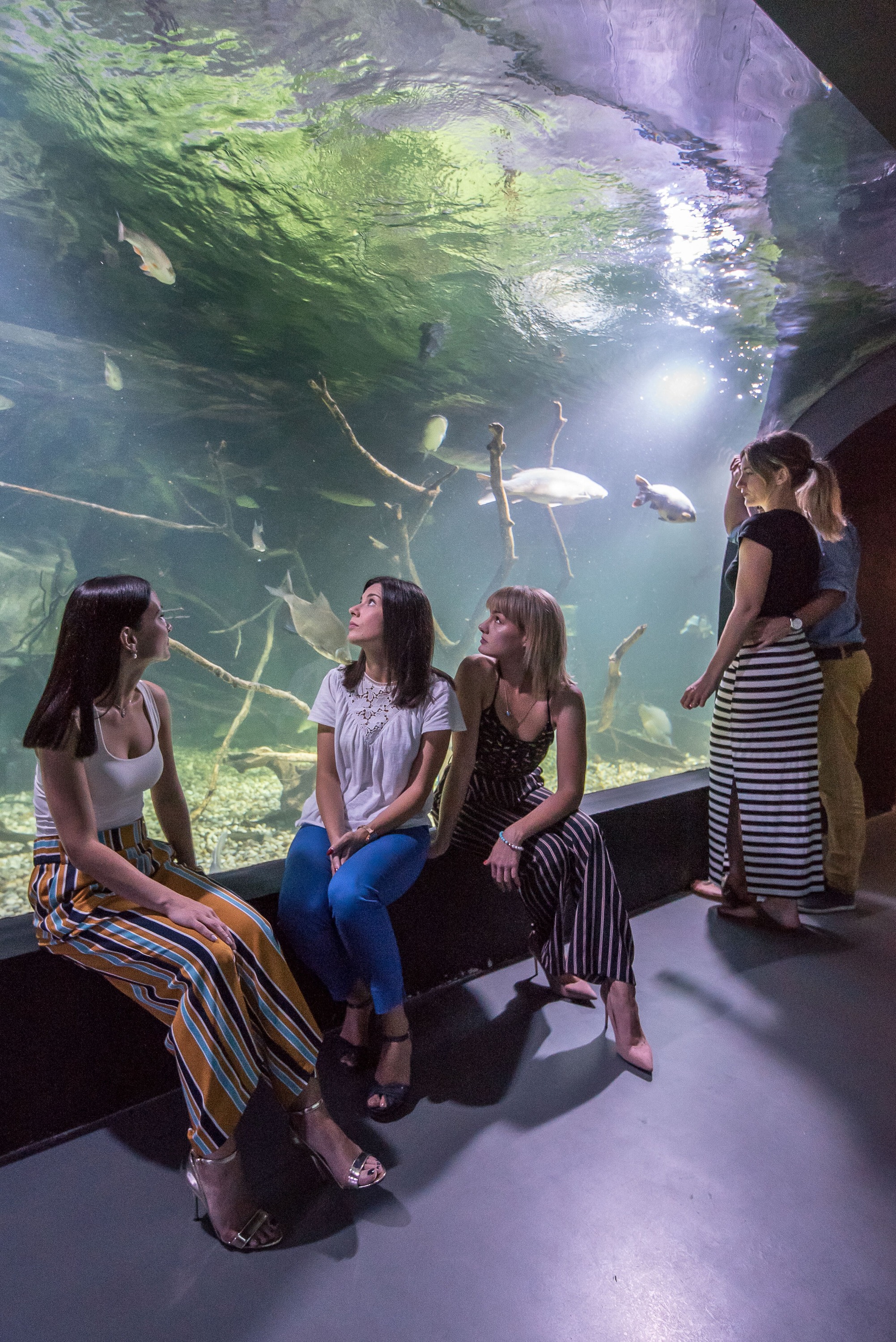 Freshwater fish are one of the most threatened groups of vertebrates, their numbers greatly affected by water pollution and the interference of man in the natural course of the water flow for agriculture and other industrial reasons. The building of dams and the drawing of waters for irrigation and other human consumption causes their habitat to degrade and details of such activities and their impact are detailed at the aquarium.

Another harmful intrusion on the life of Croatia’s freshwater fish is the introduction of non-native and invasive species, many of which thrive in Croatian waters. Some of these are also on display at Aquatika and are actually quite pretty to look at, although it’s difficult to hold much love for them after you’ve fallen in love with Croatia’s naturally-occurring species while on the tour. Easier to love are the turtles that greet you in tanks by the aquarium’s entrance.
Emerging from the cool space of the aquarium and into the sunlight of Aquatika’s central courtyard, you feel much better informed about Croatia’s rich biodiversity and the landscape that makes the country’s interior so beautiful and spectacular. A revelatory and close-up experience, Aquatika shows there’s much more to take home from your visit to Croatia than mere glimpses of dolphins. 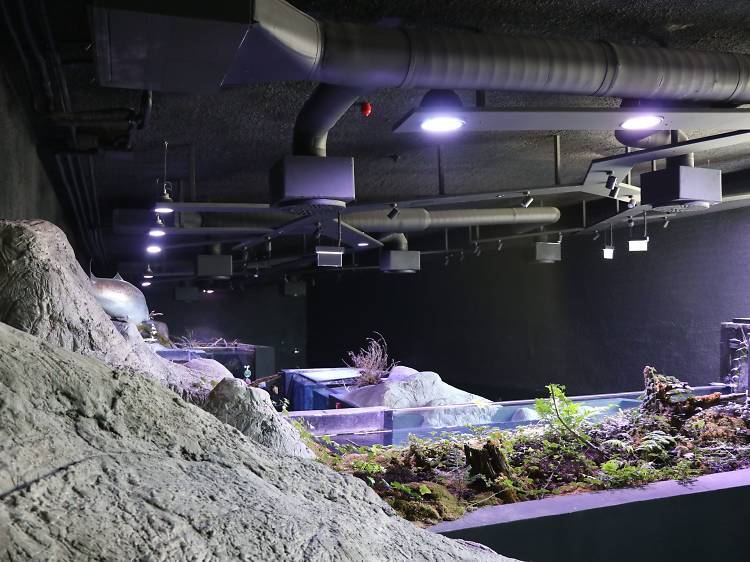 Located right next to the river Korana, the Aquatika complex is inspired by the historic city centre of Karlovac, a star shape which is surrounded by defensive earth embankments. While a definite landmark and destination venue, the roofs of the complex’s buildings are covered in earth and grass so they blend into the surrounding natural environment. In the centre of the complex is a courtyard, with the main aquarium lying to one side, its gift shop, brimming with cute, locally-made trinkets, visible just by the entrance. To the other side lies the centre’s café bar, with three footpaths leading from the central courtyard. The outdoor areas are constructed in such a way that they can host cultural events and meetings (such as the music concerts detailed in our Karlovac Events listings). Aquatika, which was designed by Zagreb-based 3LHD, has won awards for its inspired architecture. It has also won awards for its disability access. 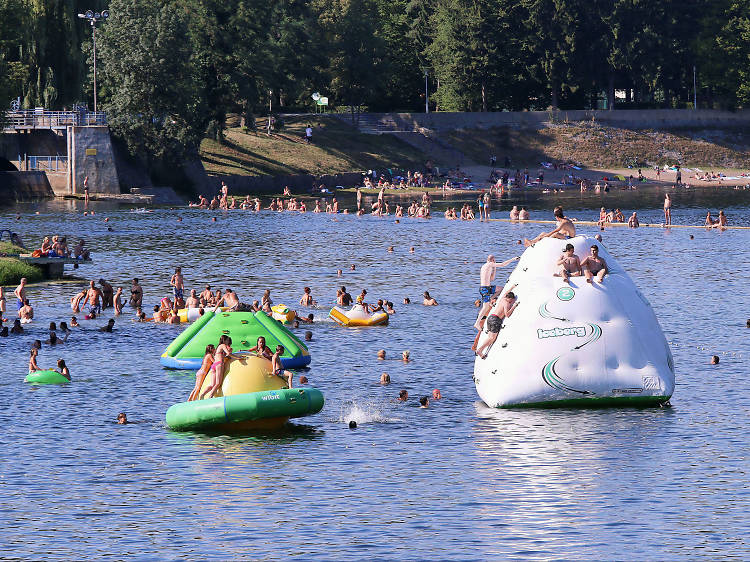 After looking at the friendly fish of Aquatika, chilling in the freshwater tanks, a common thought is that you’d just like to jump in and swim with them. Such an undertaking might be quite off putting to fellow visitors, but you now can swim just outside. One of Aquatika’s most recent additions has been the redevelopment of the riverside area next to which the complex sits. This exact part of the river Korana was the first and best public beach in Karlovac and the redevelopments have turned the waterside into an authentic beach destination. A large riverside promenade has been constructed, part of which forms a nature trail for willing participants. It’s the perfect place to relax and enjoy while you digest all the info you’ve taken in at the aquarium.