Christmas schmistmas! It’s the 20th anniversary of Harry Potter’s on-screen conception and for those who celebrate, it’s sure to be an even more hallowed time. Whether you know the first film as The Philosopher’s Stone or The Sorcerer’s Stone, the first Harry Potter movie is a landmark both in franchise filmmaking and many people’s childhoods. Revisiting it could be just what the doctor – or Mrs McGonagall – ordered at the end of a long year.

But aside from seven more movies and two Fantastic Beasts films, the two intervening decades have spawned dozens of intriguing offshoots, ideas and spin-offs to offer a quick Potter fix whenever one is needed. From actual butterbeer to studio tours, and from quidditch leagues to quizzes, via a whole lot of Lego, the Harry Potter universe is right there for anyone who wants to take a step back in time. Here are a few ideas. 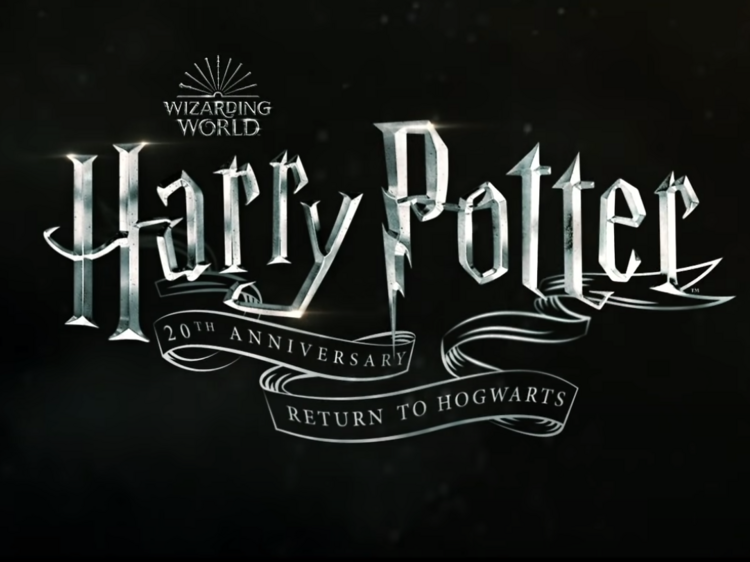 Anything those muggles Friends can do, the Harry Potter posse can… well, also do. Harry Potter and the Philosopher’s Stone’s stars – Daniel Radcliffe, Emma Watson, Rupert Grint – and director Chris Columbus will be reuniting for an HBO Max special called Return to Hogwarts on January 1. Expect lots of nostalgic memories of those tweenage early days, and appearances from co-stars like Helena Bonham Carter, Matt Lewis, Robbie Coltrane, Ralph Fiennes, Jason Isaacs, Gary Oldman, Imelda Staunton and Tom Felton. One likely absentee is JK Rowling, whose presence, it’s fair to say, has become a whole lot more polarising since the early naughts. 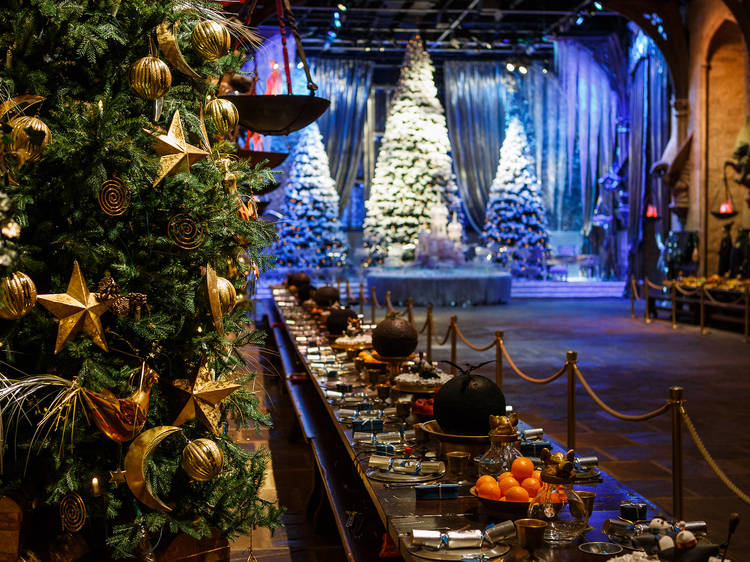 Go to Hogwarts in the Snow

London’s The Harry Potter Studio Tour is where it all began – an extension of Leavesden Studios which has welcomed 14 million visitors since opening. One of its annual joys is Hogwarts in the Snow, a Christmas-ifaction of the tour that transforms the Great Hall into a festive haunt and dusts the Forbidden Forest in snow. It runs until January 16, so you can pop out in the new year and keep the vibe alive. 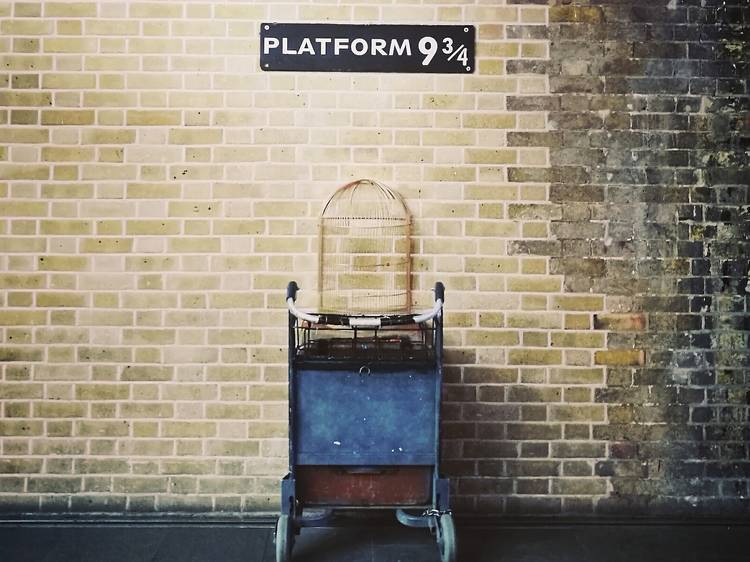 Harry Potter famously left for Hogwarts by running through a King’s Cross Station wall and emerging at Platform 9¾. The station now has its own magical Potter photo op: A luggage trolley embedded into a wall between the real platforms 8 and 9. Do not attempt to run through the wall. 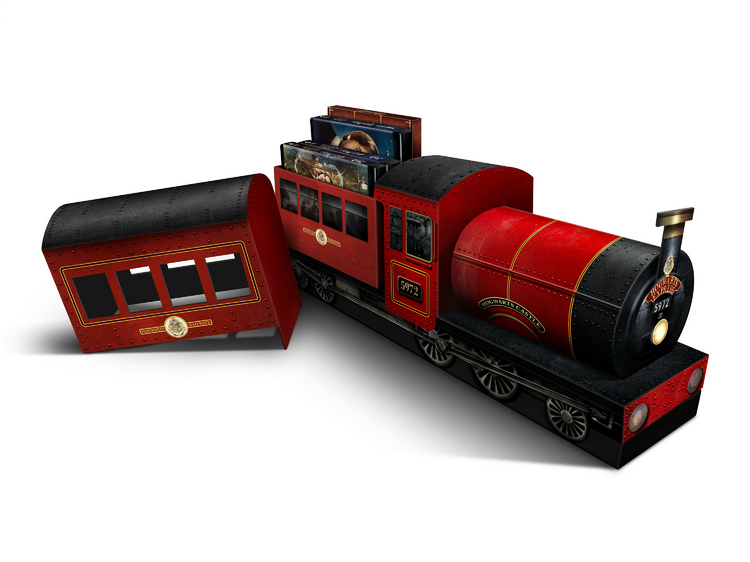 Christmas is coming and Potter completists might want to add this brand-new 4K HD collection to Santa’s list. Seriously, how many box sets come in a train? 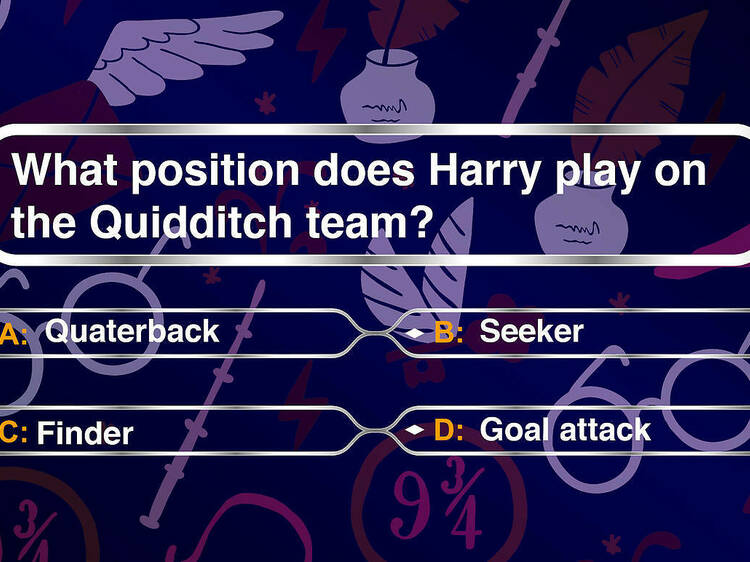 Know your Aragog from your Basilisk? An upcoming quiz show – Harry Potter: Hogwarts Tournament of Houses – is airing over four nights and is absolutely for you. It kicks off on TBS and Cartoon Network in the US on November 28, with Helen Mirren asking the questions and teams of three Potterheads hopefully answering them. 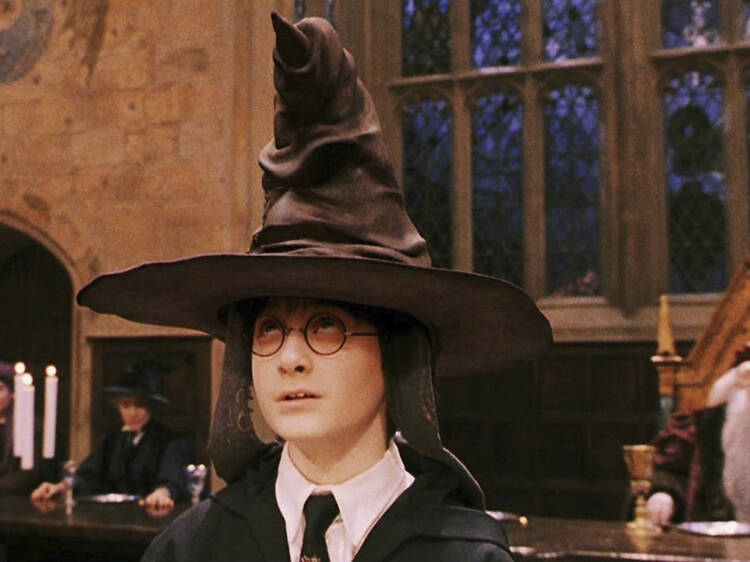 One for dyed-in-the-wool Londoners, this, but our Harry Potter house quiz will find the right Hogwarts house for you based on your big city habits. Anyone who gets on the Tube before passengers have alighted is automatically in Slytherin. 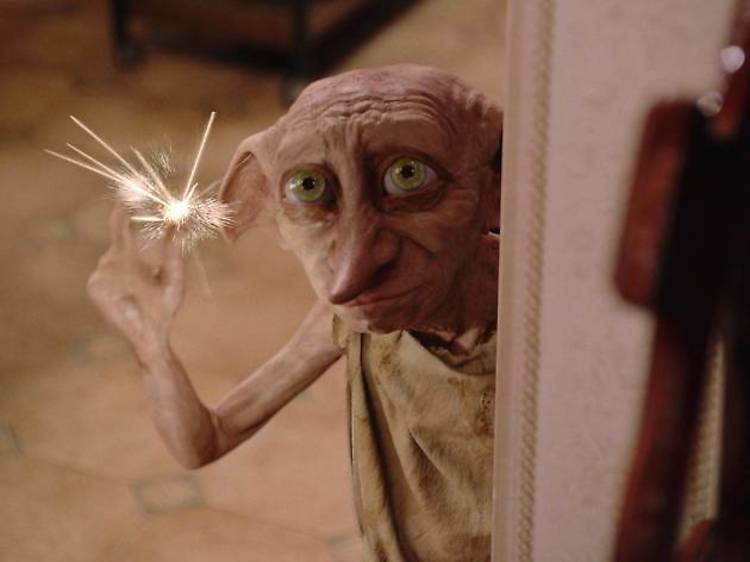 Have a moment’s quiet reflection for Dobby

The franchise’s unsung hero, Dobby laid down his life for the cause in Deathly Hallows – Part 1. Whether you love the loyal little house elf or see him as a kind of poundshop Gollum, his inner nobility is hard to dispute. On Wales’s Freshwater West beach there’s even a memorial to his last resting place. RIP Dobster. 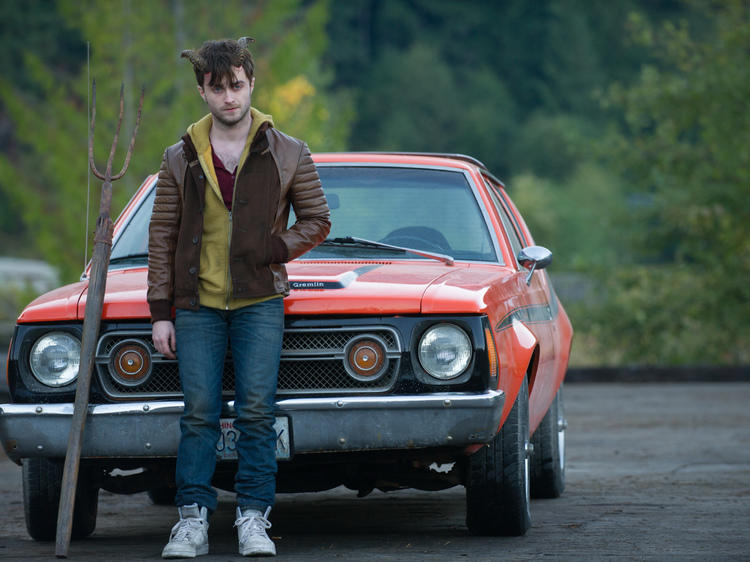 If you had ‘corpse’, ‘skinhead’ and ‘horned goat-man’ on Daniel Radcliffe’s post-Potter bingo card, congrats! No one could accuse the actor of picking the obvious or easy route. His IMDb page reads like a Halloween cheese dream: Swiss Army Man, Imperium and Horns are all gutsy attempts to establish the actor beyond the walls of Hogwarts. We’d also recommend the chills of The Woman in Black and the lit-cool musings of Kill Your Darlings. We would not recommend Victor Frankenstein. 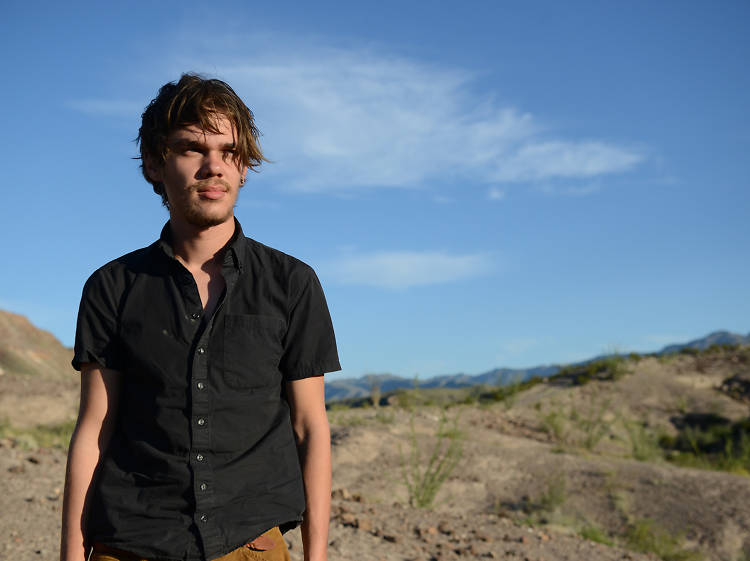 If there’s ever a film that understands what it’s like to wave goodbye to childhood during the Harry Potter era, it’s Richard Linklater’s Best Picture nominee, a movie that marks the passing of time partly in Potter books. A midnight book launch of ‘Harry Potter and the Half-Blood Prince’, in which Mason (Ellar Coltrane) and his sister Samantha (Lorelai Linklater) queue for their copies, offers a moment that will surely chime the millions of Potterphiles. There’s even a mash-up video to tie the two movies together. 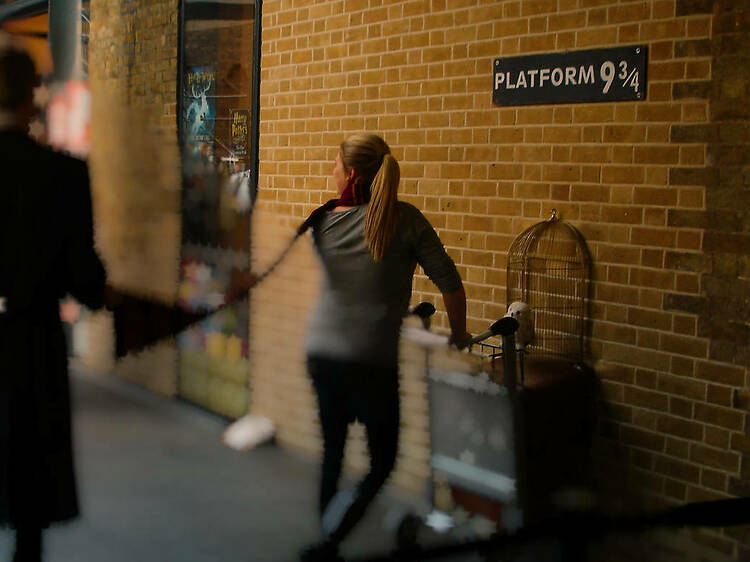 Londoners (or visitors) can hop on a Knight Bus-like tour of the city’s big Potter locations. The knowledgeable guides will share their insights as the trip takes in everywhere from Diagon Alley to Sirius Black’s old gaff on Grimmauld Place to the Leaky Cauldron, and wrapping up on Platform 9¾ at King’s Cross. 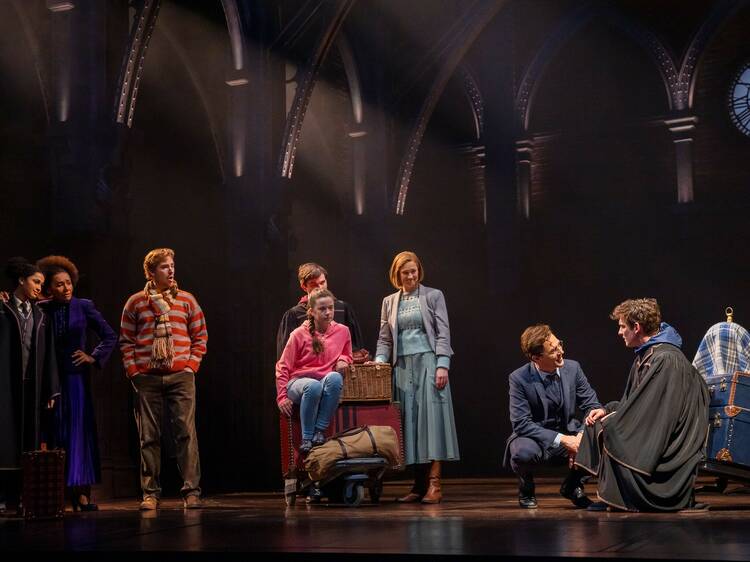 See ‘Harry Potter and the Cursed Child’ on stage

Catch the acclaimed stage play, which centres on the offspring of Harry and old rival Draco Malfoy, in a variety of cities around the world. It’s showing in London, Melbourne, Tokyo, Hamburg, San Francisco, Toronto and New York. Tickets will set you back many galleons but it’s well worth it: Time Out’s critic calls it ‘a joyous, big-hearted and magic-heavy romp’. 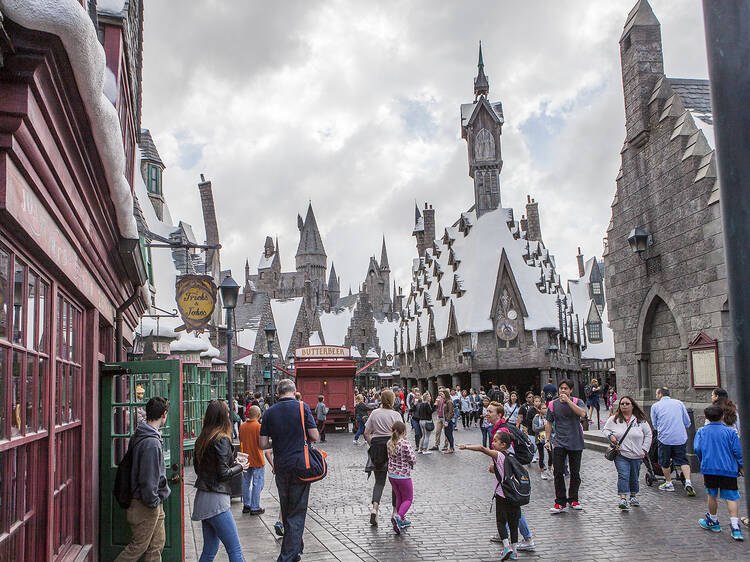 Turns out the most immersive and interactive way for muggles to immerse themselves in Harry’s world is well outside of England: The Wizarding World of Harry Potter theme parks are tacked onto Universal Studios parks in Los Angeles, Beijing, Osaka and America’s answer to Azkaban: Orlando, Florida. The parks include fully recreated locations from the movies – including Hogwarts castle – plus roller coasters, pubs shilling butterbeer and spectacular IRL special effects that seriously challenge the notion that magic isn’t real. 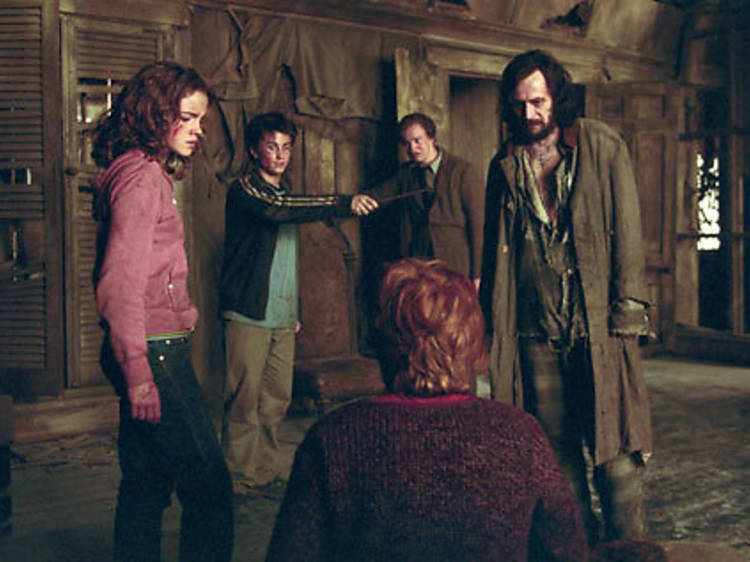 Got 1,178 hours to kill? Then maybe it’s time to mainline the entire original series in one go and, through the haze of inertia, re-evaluate your opinion on which is the best (just kidding, it’s still Prisoner of Azkaban). No need to throw the Fantastic Beasts films into the mix though: 19 and a half hours of continuous Pottering is a walk in the park. Twenty-four is just absurd. 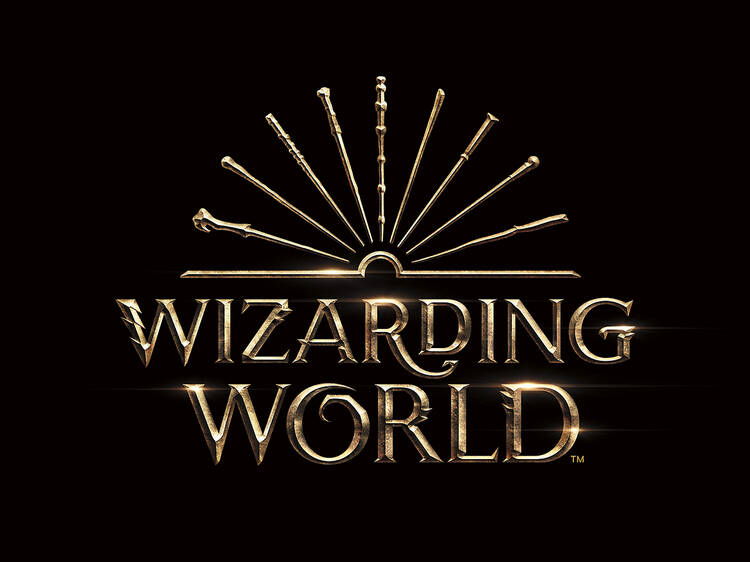 The official Harry Potter website is its own cottage industry these days, keeping the army of fans appraised of all things wizard-related. There’s plenty of news, info, quizzes and other Potterphrenalia on there for anyone celebrating the 20th birthday. 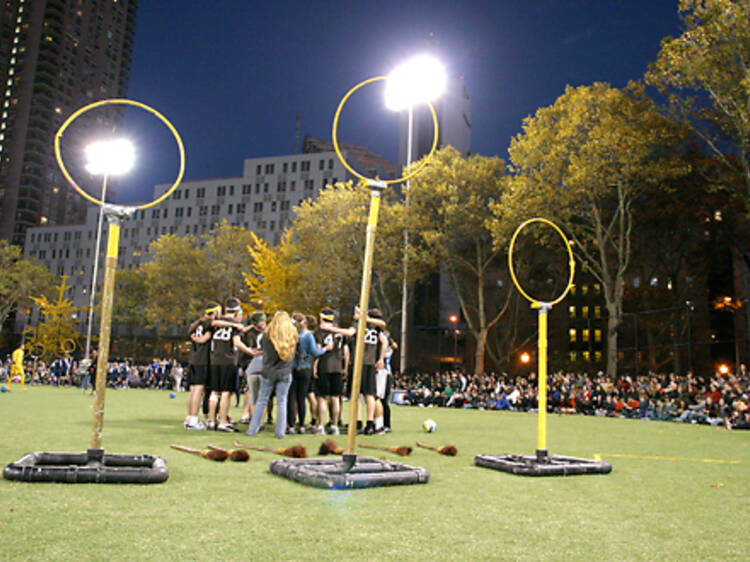 Get some mates, grab a few broomsticks from your local hardware store and fashion a rudimentary snitch out of socks. Presto! You’re ready to tear about the park in honour of Hogwarts’ quidditch superstars. Or, better still, join a team that is already fully operational. You’ll find leagues in the UK and the US and Canada. 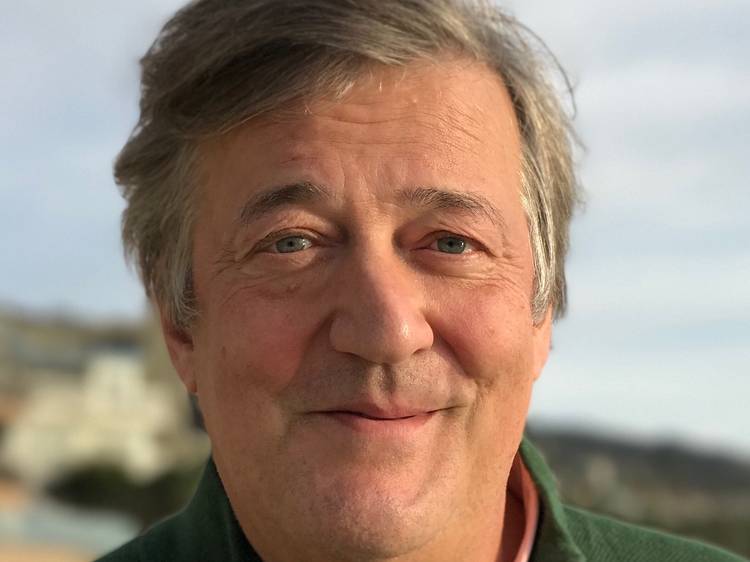 Get Stephen Fry to read the book to you

Okay, not in person, but the audiobook is the next best thing: Fry, one of six British actors not to appear in the movies, narrates The Philosopher’s Stone with his customary eloquence, charm and sense of drama. 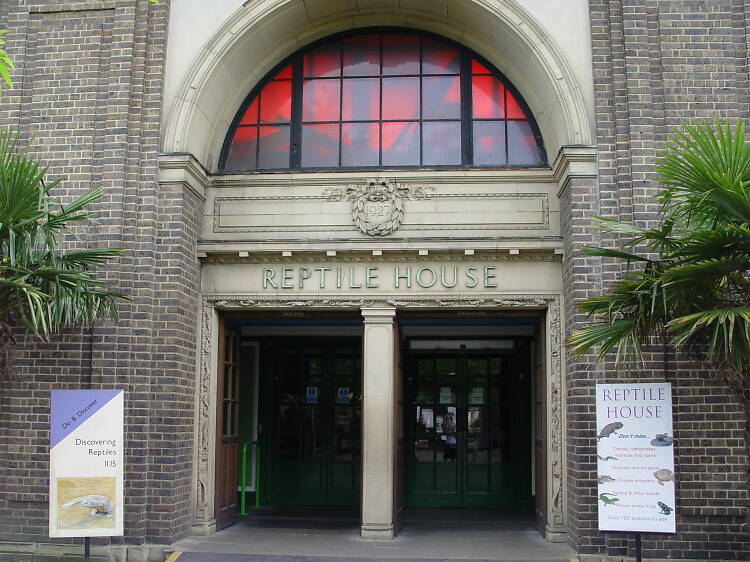 Take a trip to London Zoo

The reptile house at London Zoo is, a) the place where it all began when Harry encountered a chatty Burmese python in the movie and b) warm. So what better place to spend some time reminiscing among all those fanged death sausages? The zoo is open from 10am-4pm over the winter months. 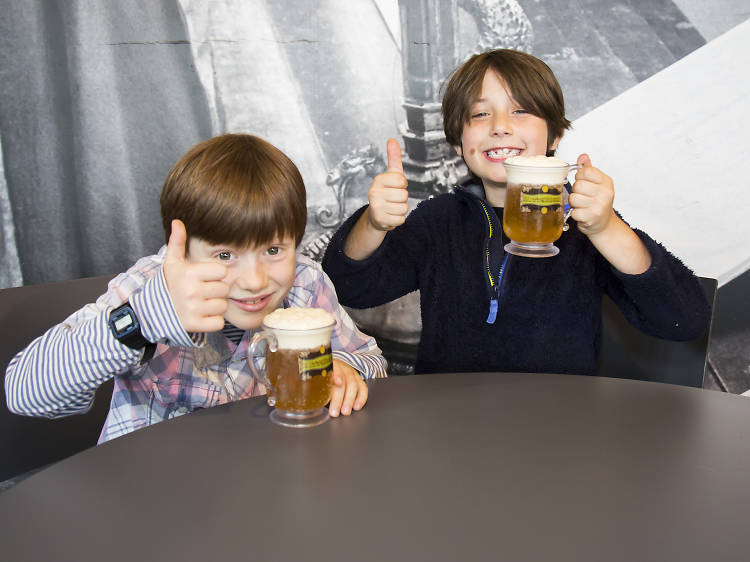 Make your own butterbeer

The preferred libation of Hogwarts’ finest is shockingly easy to brew up, and there are many recipes out there to try at home (our two favourite are right here). And yes, we strongly advocate for adults to put a shot of rum in there to complement the butterscotch flavor/get you through the boring stretch of Chamber of Secrets 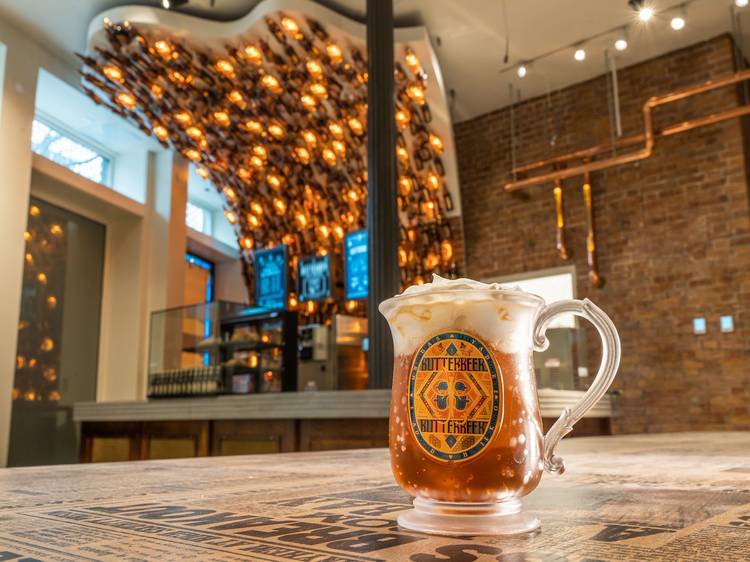 ...Or buy some at the Harry Potter New York store

Of course, home-brewing is seldom as good as the real deal, and that holds true for butterbeer. Luckily, you can score a mug of the good stuff while exploring the sprawling retail space that is Harry Potter New York, whose intricate design gives visitors the feeling that they’ve wandered into a Diagon Alley merchant’s shop. 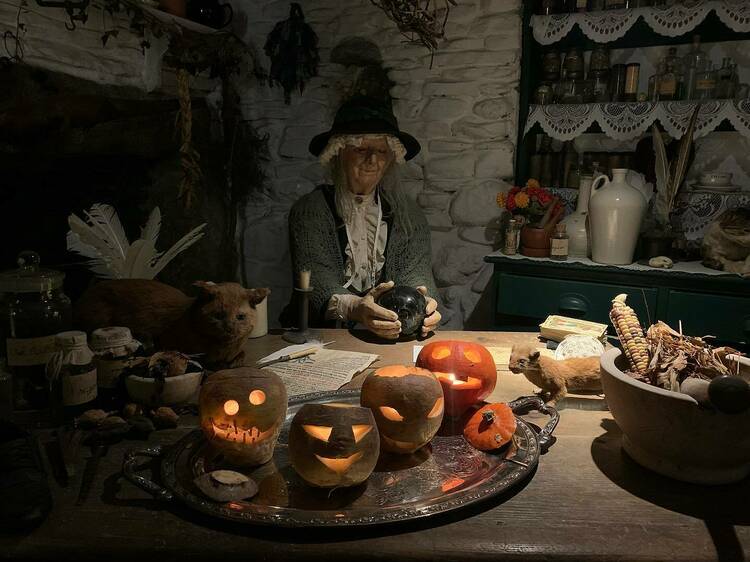 Museum of Witchcraft and Magic.

Visit a real museum of witchcraft

Upon its release, Harry Potter stirred up a lot of pearl-clutching among conservative pundits concerned that the Boy Who Lived would inspire some sort of witchy 21st century Satanic Panic. It didn’t. But should you want to dive deeper into the real-world implications of the dark arts, hop a train to the Cornish village of Boscastle and visit the Museum of Witchcraft and Magic, a macabre curio full of occult artefacts and, allegedly, ghosts. No, they don’t offer lessons. For those, you’ll need to take an entirely different train ride from London.