With the help of tuak brewer Agustus Sapen, we find out more about the intricacies of making good tuak, its different variations, and how to best appreciate a good batch

Tuak is a simple, but nuanced drink
To make tuak you need three or four basic ingredients: cooked glutinous rice, ragi (a traditional starter base that contains bacterial enzymes and yeast), water and sugar (which is optional). ‘We use glutinous rice because of its high starch content, which the enzymes break down to produce sugar that’s later converted into alcohol by the yeast,’ says Agus. Tuak brewers, including Agus, add sugar water to not only make it sweeter, but also to increase the volume in which the yeast can thrive. Personally, Agus likes his tuak to be semi-dry, which he achieves by adding 2kg of sugar to every ten litres of water. He also adds honey to create a mead-like flavour.

Aside from the addition of sugar water, the type of ragi used also affects the taste of the final product. Ragi is a rice flour-based cake that’s either balled up or flattened into a disc and then left to dry in the sun, during which enzymes and yeast from the environment are accumulated. The ball-shaped ragi – known as ragi pahit – contains other ingredients such as galangal and ginger juice, and produces a drier and more bitter tuak; while the disc-shaped ragi is referred to as ragi manis, and produces a sweeter drink.

No two batches are the same
Compared to the calculated and controlled processes involved in making Japanese saké, the tuak-brewing process is unrefined and unpredictable – but that’s part of its charm. ‘Tuak is a primitive wine because we rely on the yeast and enzymes that nature provides. So even if you use the same recipe and ragi, there’s always a difference between batches,’ he says, adding that skilled brewers often blend different batches to achieve a certain level of consistency in the final product, which contains 15 to 18 percent alcohol by volume.

Tuak-brewing almost became a lost art form among certain communities
Agus learned to make tuak five years ago from his relatives and elders as an effort to preserve part of his culture. ‘Historically the people who make and drink the most tuak are the Lun Bawang, but Christian evangelists who arrived in Sarawak saw a problem when the natives preferred to spend their week drinking rather than going to church or working,’ he says. And while the early 20th century missionaries played a significant role in saving the Lun Bawangs from being drunk ’100 out of 365 days’ (according to the book ‘Drunk Before Dawn’ by missionary Shirley Lees), the knowledge of tuak-brewing nearly died out. ‘Most Kelabits and Lun Bawangs these days don’t drink at all, or drink in the privacy of their own homes,’ he says.

Good tuak is subtle, complex and balanced
‘A good tuak should have its own distinctive flavour – you can taste notes of berries, banana and caramel – and most importantly it should have the taste of rice that lingers on the palate,’ he says. Inferior tuak, on the other hand, is often caused by adding too much sugar water, resulting in a drink that lacks depth and character.

A cloudy tuak isn’t necessarily a poor batch, but it’s indicative of a young one. ‘The cloudiness is due to the unprocessed rice starch that’s present in the drink, and often happens when it has been aged for a month or two – which happens often as Hari Gawai approaches. At about three months, however, the drink will start to turn into a clear, pale golden colour and develop a drier and more complex flavour,’ he says.

Almost every rice-producing country in Asia has a form of tuak
Tuak in Sarawak is a general term to refer to any naturally fermented alcoholic drink: you can come across versions like tuak epal and tuak anggur, which are essentially primitive forms of cider and wine respectively.

Outside Sarawak, some form of rice wine can be found in every rice-growing region: In Sabah, rice wine is known as lihing; in Thailand, sato; in the Philippines, tapuy; and in Korea, makgeolli. The rice wines are fundamentally similar in that they use cooked rice fermented by yeast to create an alcoholic drink, but some variations are more different than others.

Makgeolli’s milky white appearance, for one, is the result of a very short fermentation process of seven to ten days, while the Japanese don’t leave anything to chance in their saké making – every step is documented and refined to create consistent saké that can be graded and categorised. 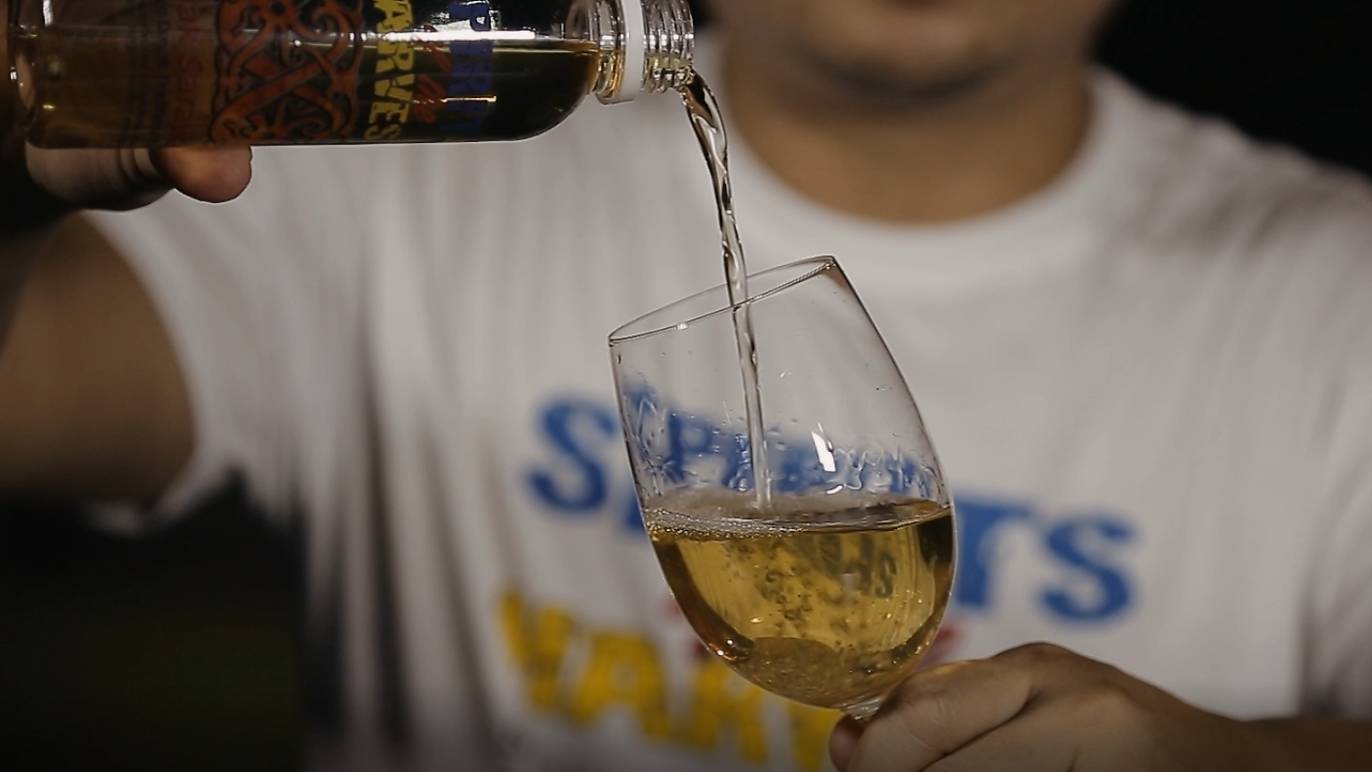 A good tuak is best appreciated on its own
Although there are bars in KL who offer tuak-based cocktails, Agus reckons that the best way to appreciate a good tuak is to have it in a wine glass, at room temperature. ‘Like wine, the flavour and aroma of tuak changes with the surrounding temperature; the same tuak will taste sweeter and less bitter when it’s cold, but raise it up to room temperature and you’ll find that the drink develops a drier profile,’ he says.

Tuak is a living drink
Younger batches of tuak often contain active yeast that continues to convert sugar into alcohol and carbon dioxide when stored at room temperature. If you want to continue ageing your tuak – some longhouse elders have been known to age theirs for up to 20 years – store it at room temperature in a glass bottle without screwing the cap too tight to prevent the bottle from exploding. Conversely, store it in the fridge if you want to preserve the flavours as is.

How tuak is made

1. The glutinous rice is thoroughly cooked.

2. The cooked rice is then laid out to cool.

3. Meanwhile, the ragi is pounded into a fine powder

4. The powdered ragi is added on to the rice.

5. The mixture is left to ferment with water and sugar in a clay or glass jar for about three months, at which point it should develop a pale golden colour.