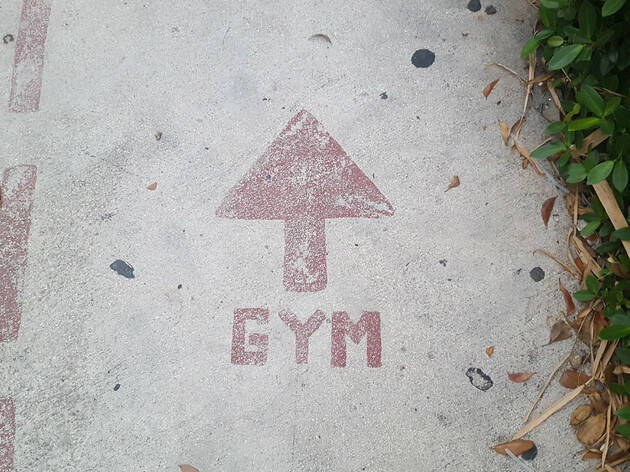 Big gym chains offer many classes, trainers and all the equipment you need. But boutique gyms, as the name suggests, are smaller, more intimate and have unique classes with fewer people. From strength, conditioning and HIIT to family-friendly yoga sessions and women-only classes, these gyms will make you want to get fit! 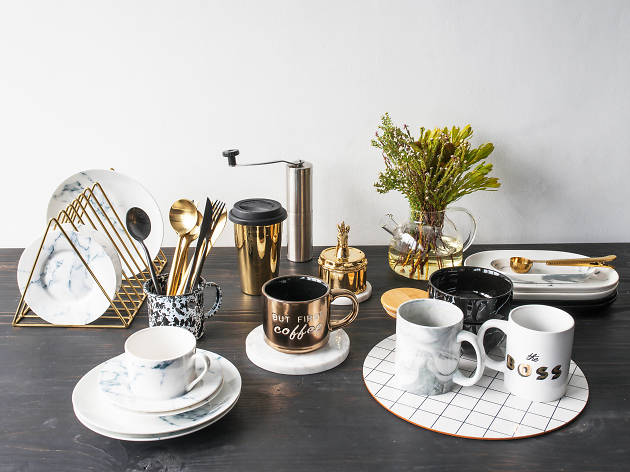 Need to attend or organise a party at the last minute? Don't panic: we've got you covered with a list of numerous services to help you sort out your partying needs including gifts, booze, party dresses and more, all from the comfort of your office chair. 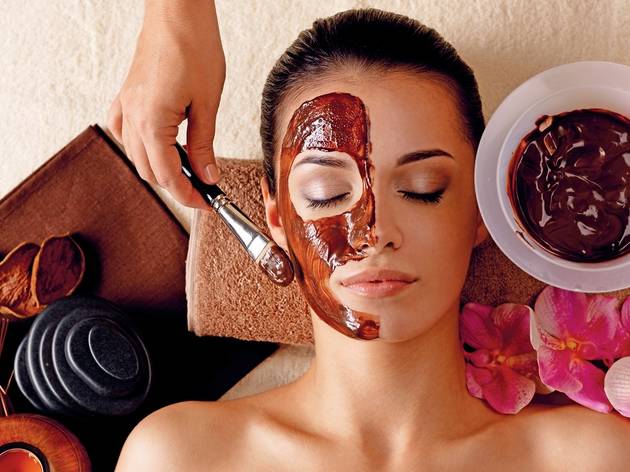 10 things you will learn at the spa

Disposable underwear, snoring, pan pipes and more things the spa will teach you. 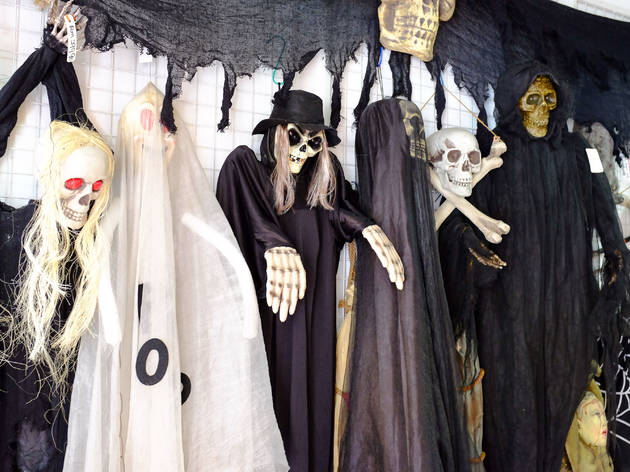 Whether you’re preparing for Halloween or just want to spice up your everyday life, here are KL’s best costume and prop shops to give you some inspiration. 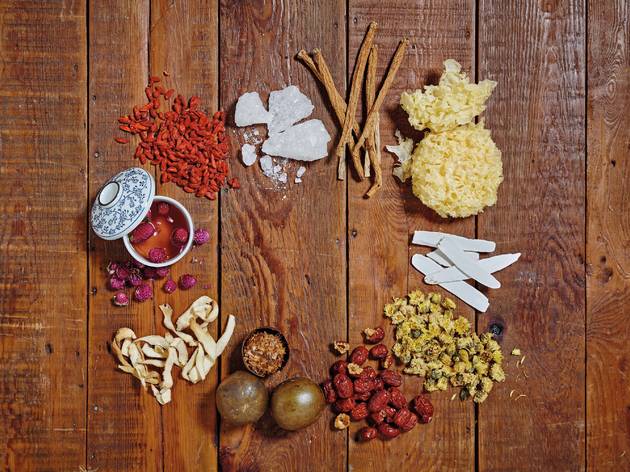 The best shops in KL 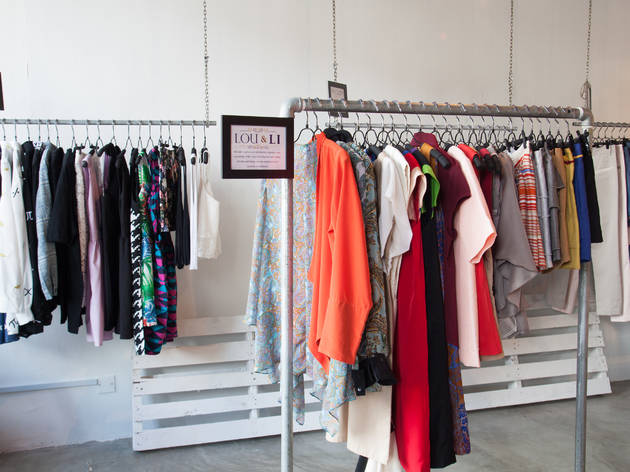 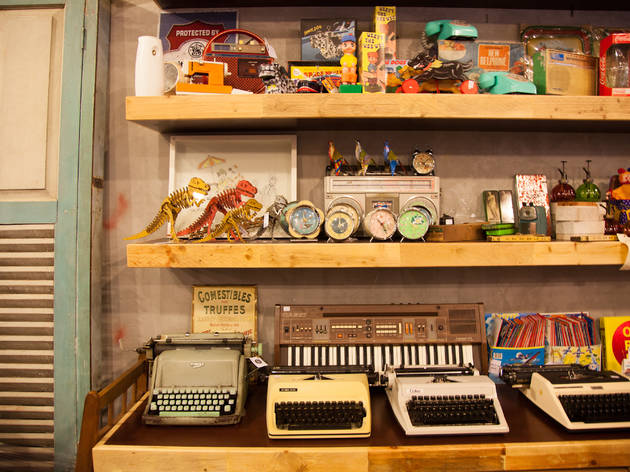 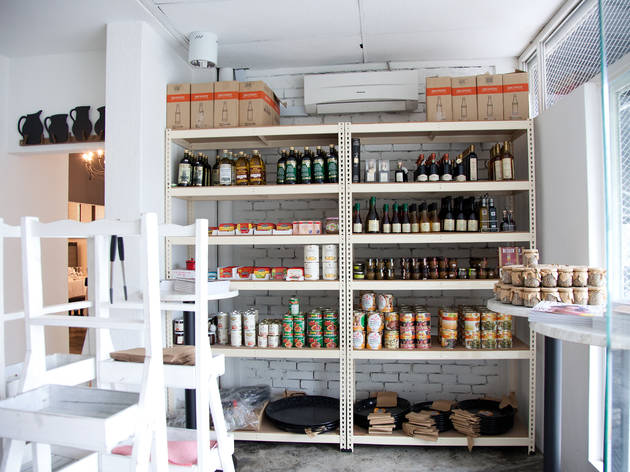 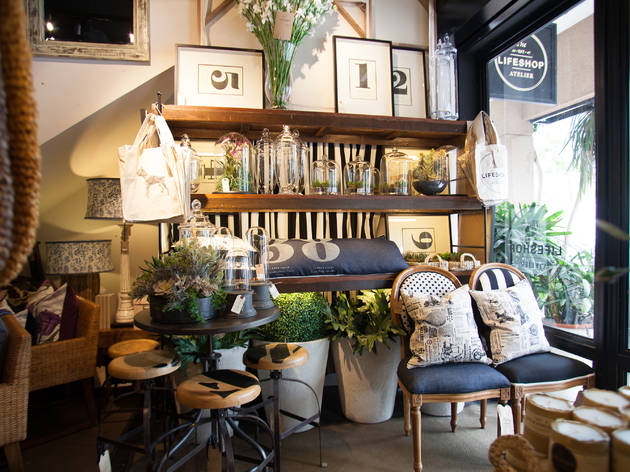 See more of the best shops in KL 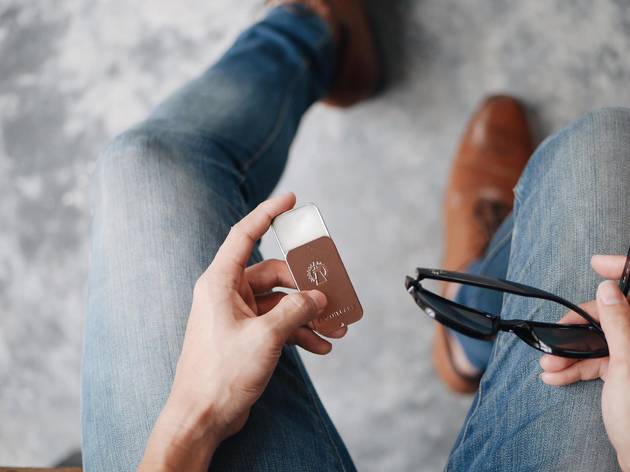 When he first started out in the industry, Adrian Cheong didn’t have a clue about making solid colognes, but he knew he had found his next venture. ‘Three years ago, I saw that the local craft movement was rising quickly, and the men’s grooming market was growing year-on-year in double-digit figures,’ says the 27-year-old former Groupon staffer. ‘And yet, nobody in Asia was taking it up. My business partners and I saw the opportunity, and knew it was something we had to go into.’ But ideas, as any armchair entrepreneur will tell you, are a dime a dozen. So rather than fussing about the fact that he knew nothing about making grooming products, he sought help from the local soap-making community to get him started. ‘Soap-making isn’t too far away from solid colognes; we just had to learn the process, then reverse-engineer it to make a spreadable, balm-like solid fragrance,’ he says. The result is a pocket-friendly solid cologne made from a combination of beeswax, shea butter, almond oil and synthetic fragrance oils. ‘Initially we wanted to do a cologne that only used natural essential oils, but we ran into safety issues as they react differently with different people; synthetic oils, on the other hand, are safe and consistent,’ he says.  Adrian Cheong It took him four months of research and development to come up with a consistent range of fragrances, packaging material and branding strategy before he launched The Apothecary Malaysia in November 2015. The brand name, he ad 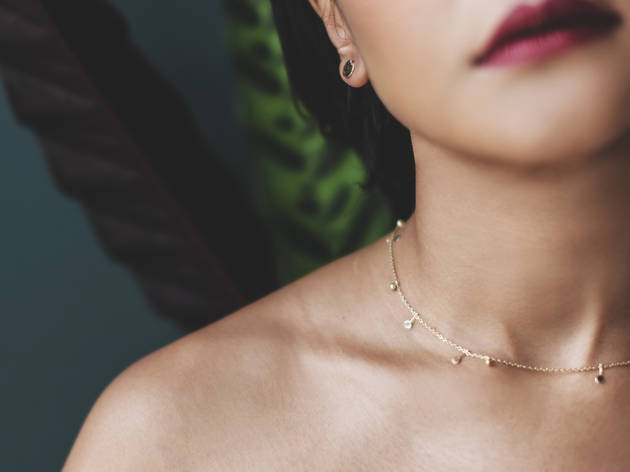 When The Straits Finery made their debut a year-and-a-half ago, it didn’t take long for KLites to take notice of their minimalist and elegant designs, particularly their stackable rings that came out just as the trend was taking off. Founded by school friends Amira Yahaya and Foo Chia Chern, the brand stemmed from a common interest in design, and the desire to fill a gap in the jewellery market. ‘Our designs are quite different from what’s in the market; there’s costume jewellery on one end, which look nice but don’t last very long, and fine jewellery that come with precious stones. There was nothing we found that we thought was nice, and could afford,’ said Foo. When they started, neither of them had any experience in jewellery making or metallurgy. It was Foo who first sparked the idea of forming The Straits Finery in 2015 after she took up a course in silversmithing in KL. They made their first appearance that same year at Le Marché de Noël, a French Christmas market. Encouraged by the response, they officially launched their brand with their first line, Luna, in March 2016 at Bangsar’s Snackfood. Fast forward to 2017, and the duo have expanded their collection with four new lines – Matahari, Rain, Cloud and Malai – that are inspired by ‘granulation’, a smithing technique they picked up in the past year. ‘It’s a process where you fire up pieces of small metal, melt them and then form into a ball shape,’ said Foo. ‘We loved that effect; it looks very organic when we pu 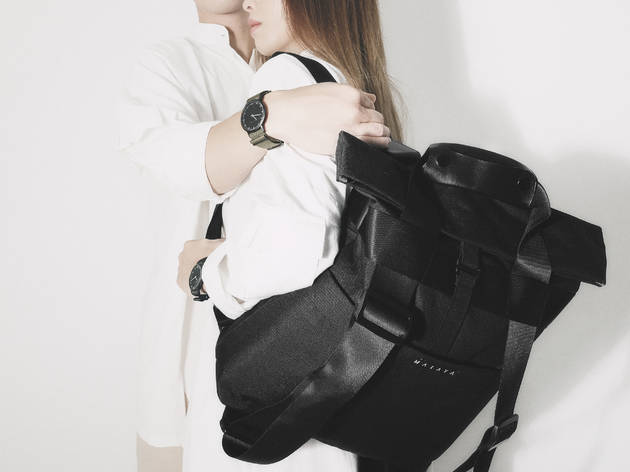 The trio that makes up Malaya Co. are Tengku Muhammad Shah (Moe), Shahida Hasan and Joshua Siow. Friends since their university days back in the UK, the idea of the brand stemmed from Moe’s final year project. Tasked with creating an advertising campaign for a product, he figured that it would be difficult to start a campaign with a product that didn’t exist. Enter Joshua and Shahida; the three of them decided to team up and create a watch that was launched at the exhibition show of Moe’s final year project. ‘Malaya’ also means ‘freedom’ in Tagalog. They found that the word fit perfectly with their ambition to give the freedom of choice to the consumers. Their watch straps, for example, can be interchanged; and in their new Black Series, the bag has a three-way carry system in which users can adapt the style to their choosing. They’re primarily a lifestyle and branding agency, but see their products as a way of building their portfolio and showcasing their talent as a young branding agency. ‘We wanted to create our own brand and show how well we can actually market the products that we sell,’ said Moe. Their focus is to create the daily essentials that would add value to the customer, and are versatile enough to be used in any situation. They originally started with selling watches and various straps, but they’re ‘not a watch brand,’ explained Shahida. In May, they launched the Black Series, which includes the Malaya -02 and -03, a watch set and bag respectively. The coll 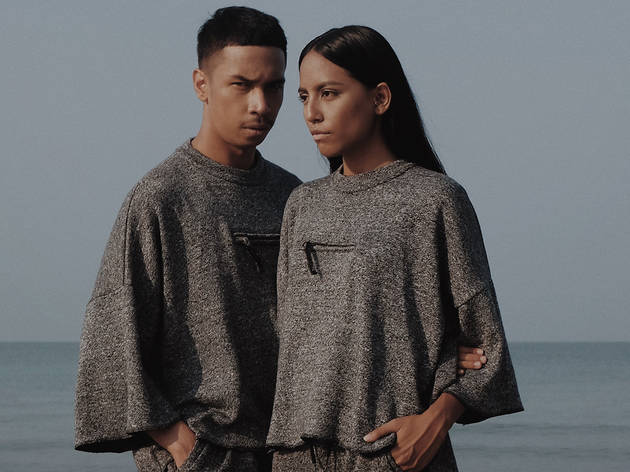 10 things you will learn at the spa

Disposable underwear, snoring, pan pipes and more things the spa will teach you 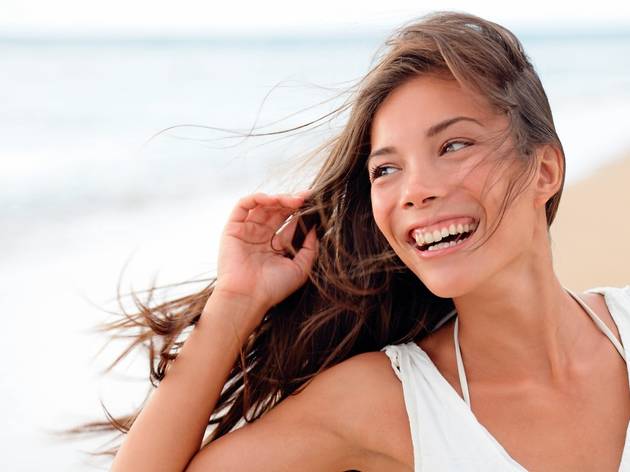 The journey to a happier, healthier and hugely rewarding life starts today 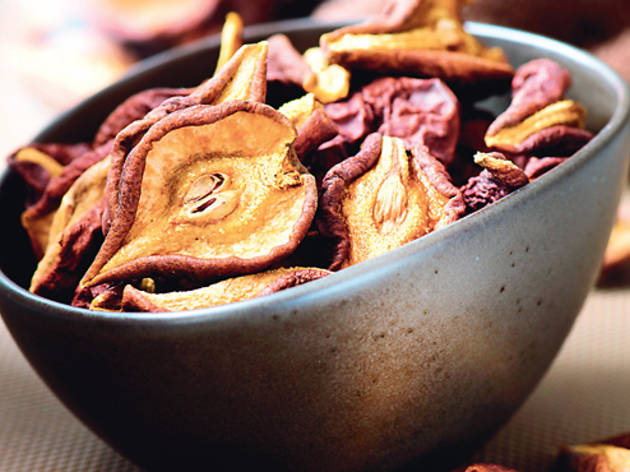 High calorie food you should avoid

When you're trying to shift weight, you're faced with a minefield of diets and fads mixed in with good information and facts. It's hard to know what's good and what's bad all the time. We spoke to holistic health coach and nutritionist Kaya Peters to root out some of the foods people just don't know are bad for them.1. Dates and dried fruitAt a whopping 282 calories per 100g, each of these little morsels can be a hidden calorie bomb.Kaya says: 'In small amounts they can be very healthy, especially before workouts, but I don't recommend eating too much dried fruit as they can affect stable blood sugar levels. Dried cranberries and Goji berries are a safer option due to their sour properties.'2. CoffeeBe mindful, café-bought coffee can carry huge calorie implications, with additions like syrups, milk and sugar. A regular vanilla latte is about 221 calories. Instead, grab a long black with a dash of low fat milk. Kaya says: 'Excessive caffeine intake can drain the kidneys and adrenals and cause hormonal imbalances, which add to weight gain. Green tea is a great alternative, with zero calories and much lower caffeine content.' 3. White bread It's like cake, with no sugar. Really. One measly 100g piece of bread takes up around 350 calories of your daily intake. And to add to that, white bread has no real nutrients. Kaya says: 'If you're really serious about fitness, try to cut out bread as much as possible, except for the occasional gluten-free or wheat-free slice. However, be car 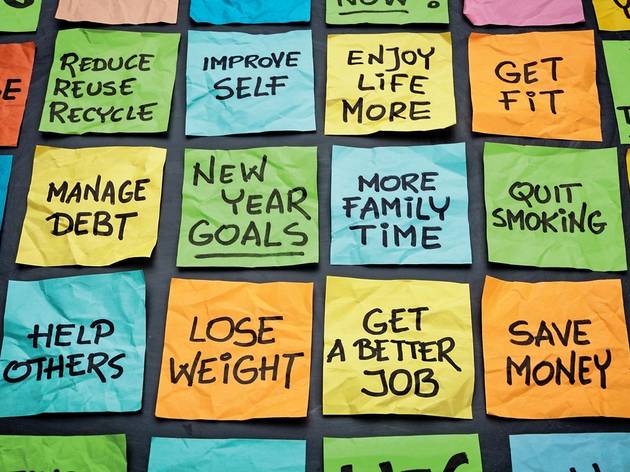 How to keep your New Year’s resolutions

A study by the University of Scranton in the US revealed that only eight percent of us manage to stick to the targets we set ourselves for the new year. So what are we doing wrong? Psychologist Dr Lavinia Ahuia shares tips on how to make them work for you. Why do so many of us set ourselves goals at year-end? We tend to reflect on the past year when it gets to December and this prompts us to reevaluate where we are, our regrets and where we think we might be heading. This leads to us creating goals – it’s similar to the diet mentality of ‘The diet starts tomorrow!’ The most common goals are wanting to quit ‘bad habits’ (such as smoking, procrastinating, eating junk food), trying to stick to ‘good habits’ (going to the gym, exercising or eating healthily), or simply making a pact to try to learn something new and different. Why do so many flounder? It’s not realistic for us to try and give up something overnight that has been a habit for a long time. Our habits are often born to fulfill some ‘functionality’ – ie, smoking as stress relief. It is unrealistic to quit a habit without recognising that underlying functionality and addressing it. What kind of goals are the ones that are most likely to fail? The simple answer to that is the big ones! When we set ourselves unrealistic, perfectionist-type challenges and expect it all to change overnight, it often leads to failure and disappointment. If you set the goal to go running five times a week, starting on New Year’s Day and 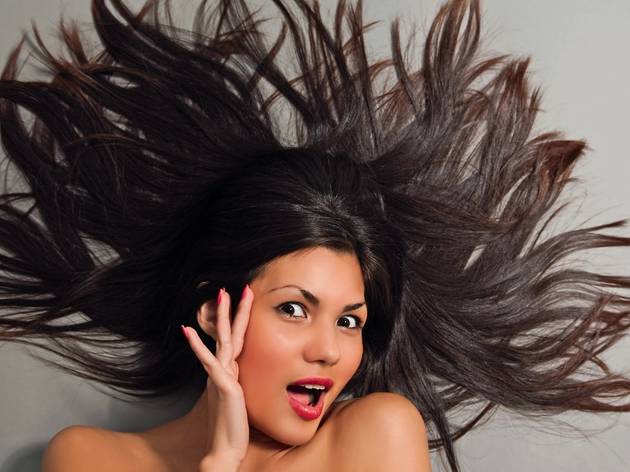 How to cope with hot weather hair

Chlorine, desalinated water and extreme temperatures can give your hair a battering. Are you struggling with sun-damaged hair? Don’t fret, the effects are reversible, according to Jamilla Paul, celebrity stylist. She gives us five top tips to combat common problems caused by the sun and maintain beautiful tresses. Hair loss The main culprit is desalinated water. Chlorine and calcium deposits in shower water strip hair of its natural oils, making the hair frizzy and brittle. They also stick to the hair on the inside, opening the follicles and crystallising. These mineral crystals grow and cause the protective cuticle to break off. The solution: Get a shower filter. This can remove 98 percent of the chlorine and other harmful chemicals in the water. It will also prevent dry tresses and sensitivity of the scalp. You’ll notice that your hair will be able to maintain its natural moisture and will become softer and healthier. Colour fade Shower water can also cause hair colour to fade. Chlorine strips the hair of its natural protective oils, causing it to dry out. This, in turn, breaks down the dye in the hair – ruining your expensive highlights. The solution: Get specially formulated shampoo. Using professional sulfate- and salt-free shampoos and conditioners will help maintain colour when used with a shower purifier. Frizzy hair Straw-like strands can occur from constant swimming and sunbathing. Even the straightest hair can suffer from a halo of frizz. The solution: Create a hai 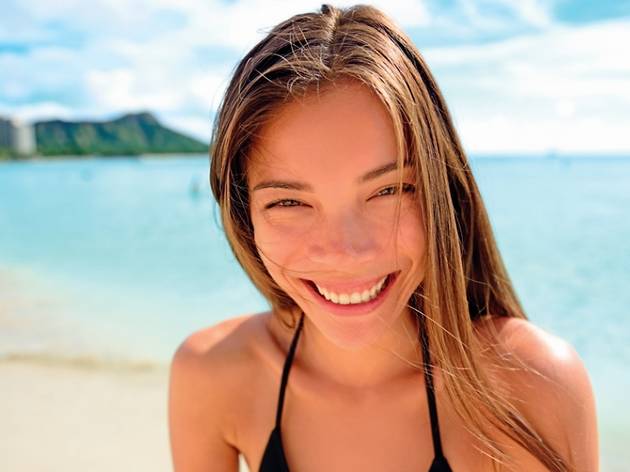 How to develop a healthy mind

How many people honestly feel as optimistic as they did on January 1? As the world quickly settles back into its routines, gym attendance plummets, fast-food deliveries increase and reality kicks in. However, our New Year’s malaise may be a risk to more than our toned physiques. It might put a healthy mindset into jeopardy too. Some people remain imprisoned within their own shells for months or years, immersed in toxic thinking or environments. Despite this, in both personal and professional circumstances, we still demand clear thought and flawless decision-making in the most critical of situations. Would we make such expectations of our bodies? To attempt a marathon without training would obviously be ludicrous. However, we push our minds for much more. Some people even expect perfection. Psychologist Marie Jahoda identified six characteristics of ‘ideal’ mental health, including adapting to the environment and being resistant to stress. However, when improving our mindset – as with our bodies – we must be realistic. Aiming for excellence, not perfection, is healthy. An unhealthy fear We all face difficult moments and having the occasional ‘crazy’ or unhealthy thought is not unusual. While navigating life’s inevitable peaks and troughs alone, we may not recognise ourselves as we condemn those we feel criticise us. We may question our own ‘inferiority’ in comparison to others. A room full of avid conversation and smiling faces is often perceived as a sign of psychologically