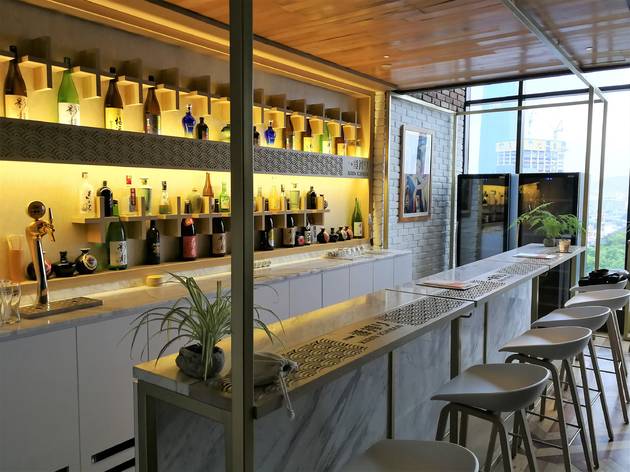 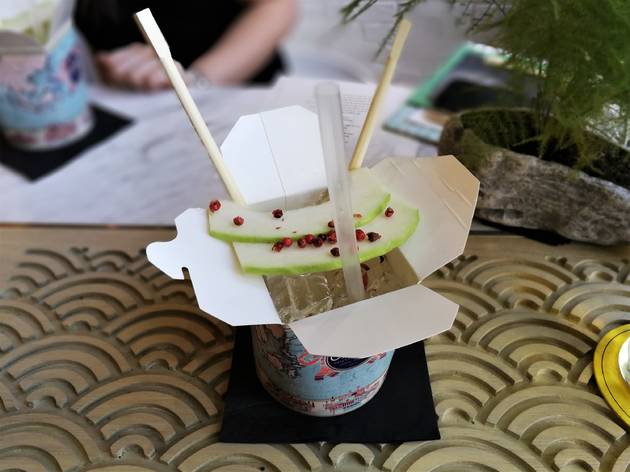 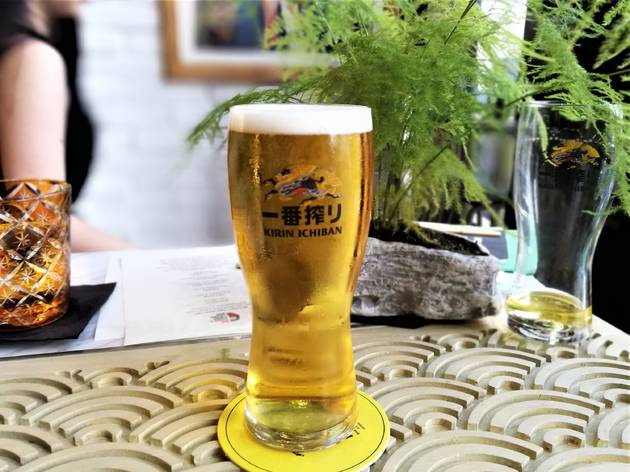 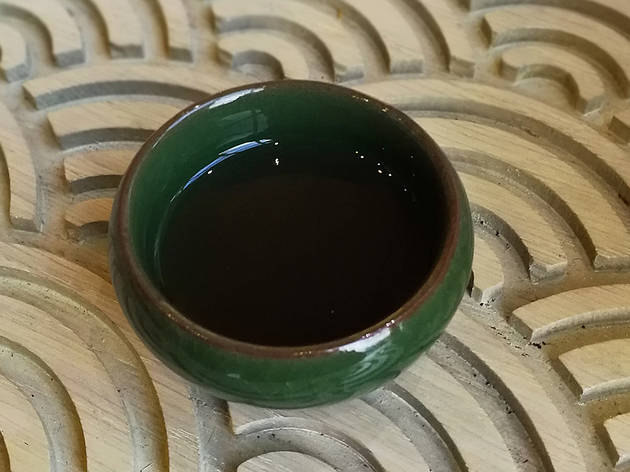 Taking up a cosy corner in Mr Chew’s Chino Latino Bar is Kirin Bar, boasting an impressive inventory of beers and Asian rice wines. A part of Mr Chew’s empire, the bar gives off zen vibe with white-painted brick walls, a white marble-top bar, light coloured wooden shelves and a scattering of mini potted plants around the space – a stark contrast to the main restaurant’s opulent Manhattan loft-meets-Shanghai jazz-era aesthetics. Coupled with a buy-one-free-one happy hour promo (available on weekdays from 5-8pm), the bar is an oasis of calm where you can wait out KL’s notorious rush hour traffic with a drink.

As its name suggests, Kirin Bar serves up Kirin Ichiban beer on tap alongside other bottled beers such as Heineken, Hitachino, Rogue and more. But there’s more to this place than beer; ask for their selection of Asian rice wines and liquors like Japanese saké, soju and umeshu; Chinese baijiu and shaoxing; and Malaysian tuak. The bar also concocts their own range of ‘infused brews’ (RM18-RM20) by steeping portions of their rice wines with various Asian ingredients and spices for up to four days. We liked the cucumber and water chestnut-infused junmai saké – a full-bodied, clean-tasting shot that carries the sweetness of the cucumbers and water chestnut. The range of house-infused brews changes often, so be sure to head here every now and then to see what’s new.

Those who come during their happy hour period can choose from a list that includes Kirin beer, Joo Lee Chan Mizhu Chinese rice wine, Saito Junmai saké, Plaza de la Reina wines, a saké bomb (shot of saké and Kirin beer), poktanju (shot of soju and Kirin beer), Mr Chew’s ‘Take-Away’ G&T (which isn’t on the bar’s main menu) and all of the infused brews.

If we could give first-timers two pieces of advice before coming here, it’s to first have the ‘Take-Away G&T’ especially if you’ve had a long day at the office. Made with Opihr gin, Three Cents Aegean tonic, guava slices and pink peppercorns, the drink is a refreshing alternative to the traditional G&T and finishes with a pleasant peppery kick. The second? Be prepared to let your significant other know that you’ll be home late – you’re likely to be here much longer than expected.