Five obstacles to try at the Dragon Run

Making its debut at The Ranch, Genting Highlands on May 14 to 15, the Dragon Run is the world’s first martial arts-inspired race to pitch participants against inflatables. The brain-child of Hong Kong-based event organiser Next Promotions, the Dragon Run spans six kilometres and is open to aspiring warriors aged 12 and above. There are ten obstacles in total to tackle, but these are our five favourites. 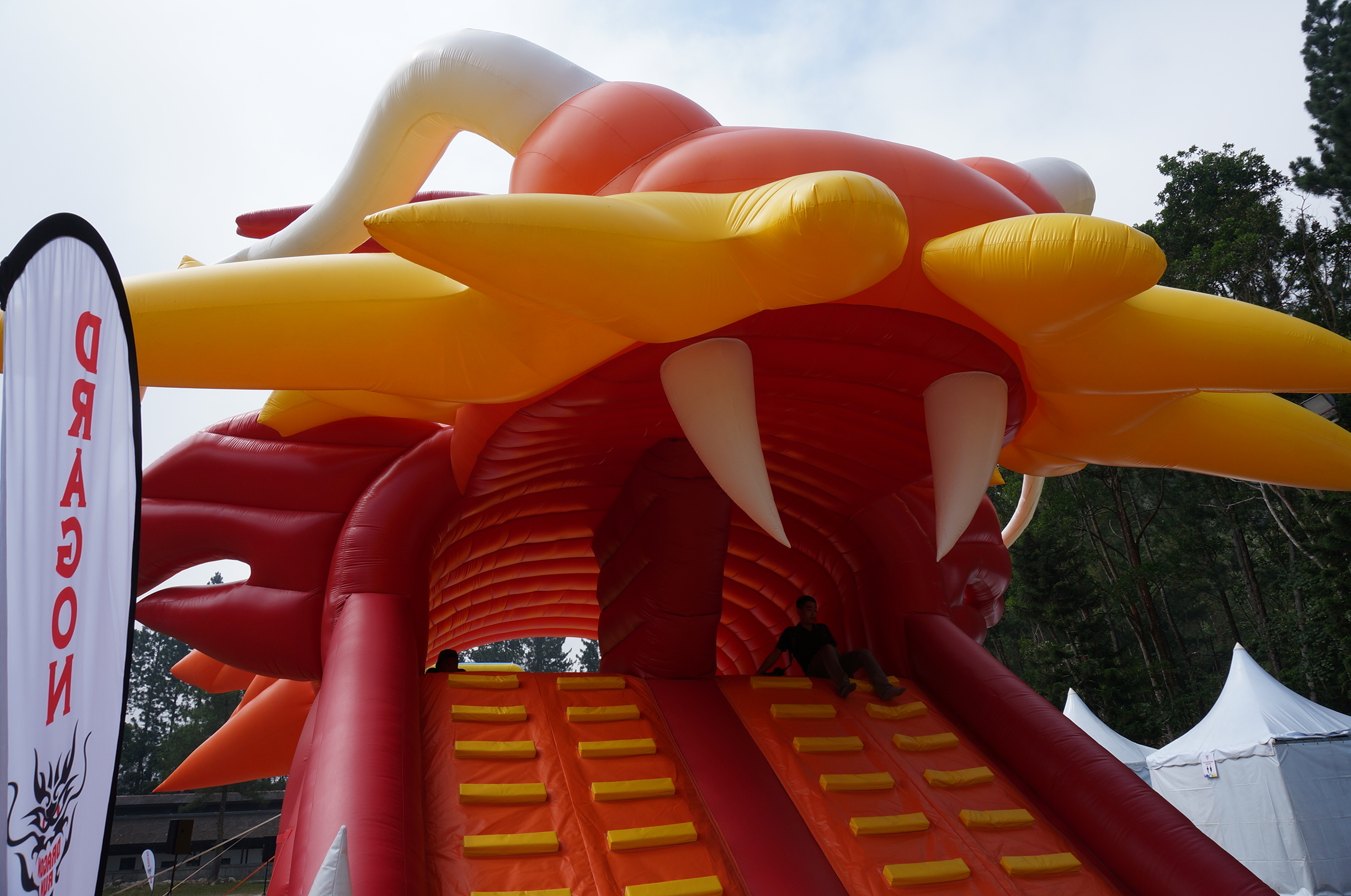 Giant Dragon
Enter the dragon – literally. Imagine a bouncy castle, except shaped as a 60m-long dragon. The obstacle, which pays homage to Southern Dragon Kung Fu, requires you to climb up the dragon’s fangs, slide down its throat and bounce through its belly. Once you reach the tail, you’ll know that you’ve escaped. 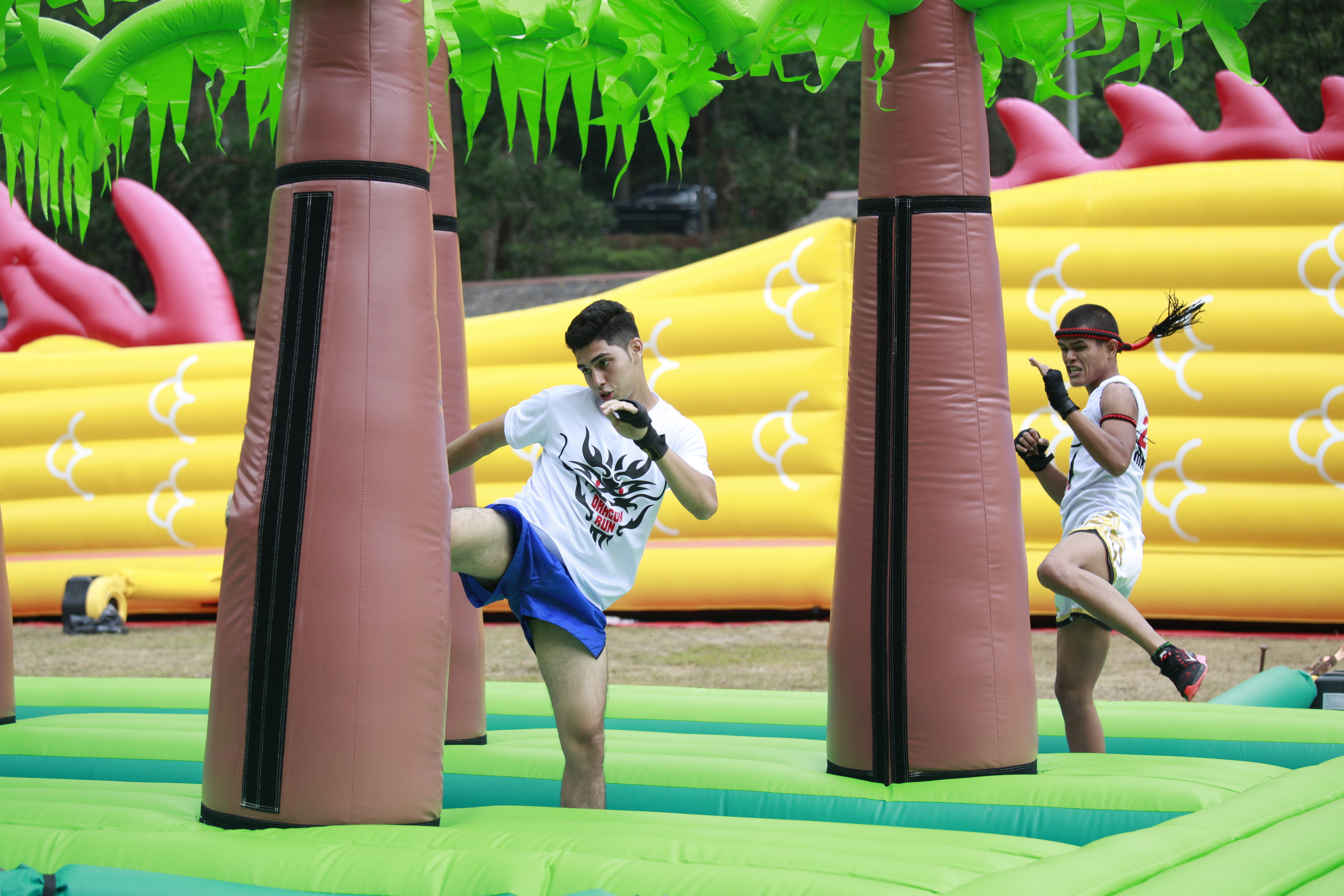 Palm Tree Forest
Put your Muay Thai to the test – kick, knee, elbow and punch the palm trees in this phony forest as hard as you can sans fear of bleeding knuckles and joints. A Master of Ceremonies is stationed on site to make sure you perform each move 20 times; only then can you move on to the next obstacle. 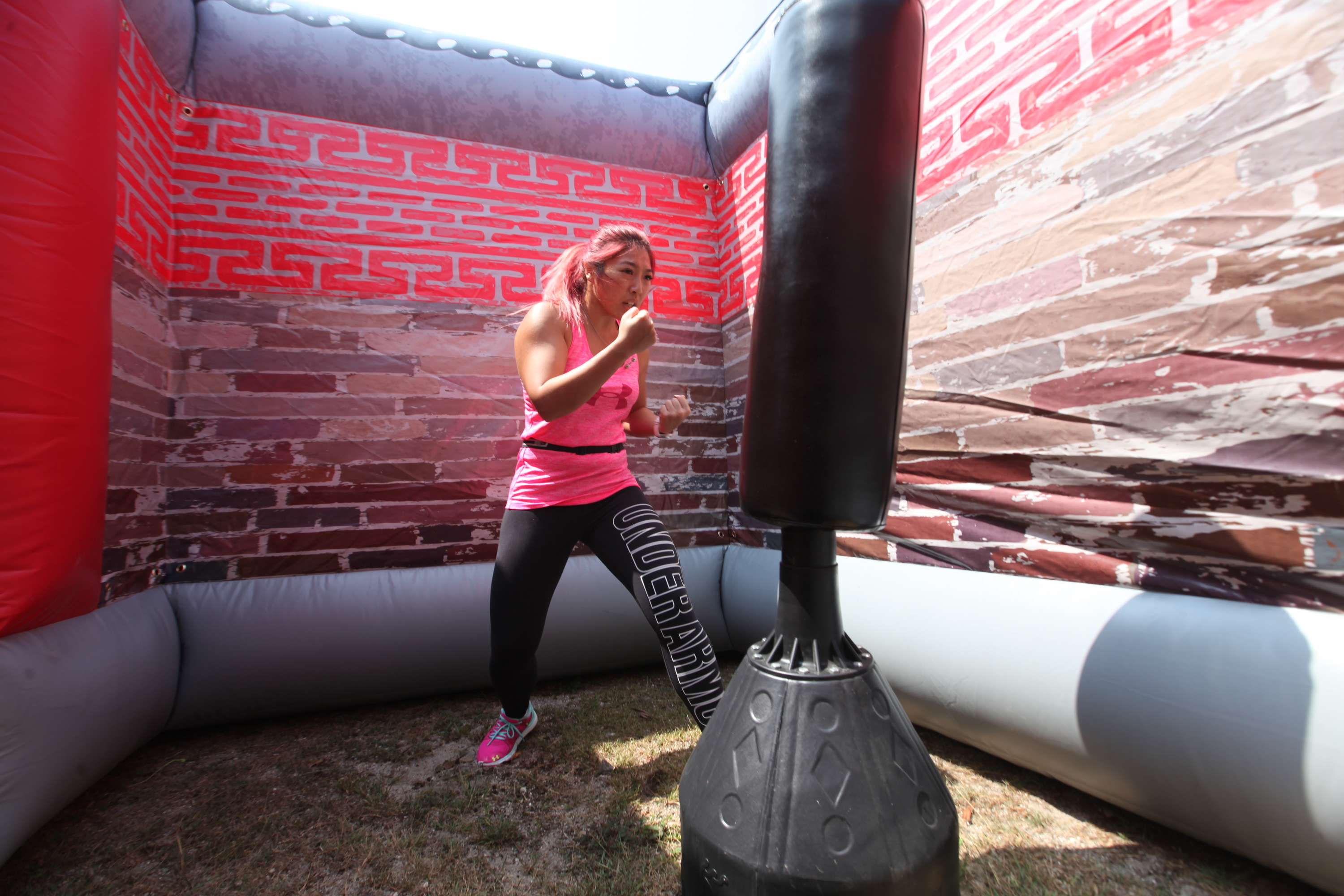 Kick Maze
While there isn’t much distance between the entrance and end of this smallish maze, don’t think you can simply breeze through it. At some point, the tricky route requires you to backtrack rather than charge forward. To top it all off, five punching bags are strategically hidden throughout the maze. Find them all and give them a beating using your best taekwondo techniques. 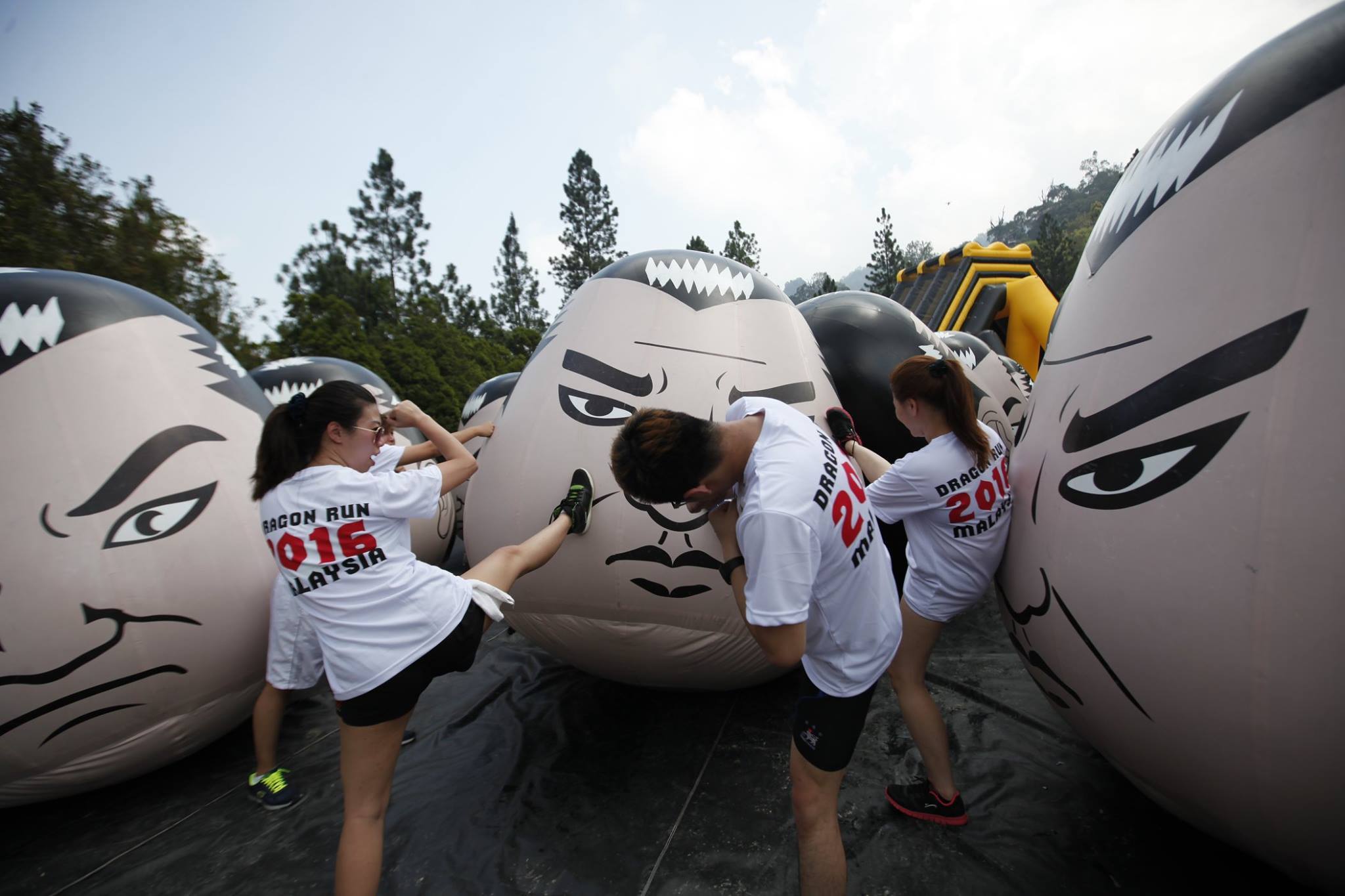 Sumo Wobble
Don’t be intimidated by their stern scowls – these sumo-shaped inflatables are surprisingly easy to shove despite their girth. Dig your feet into the ground and use your whole body to push these giants aside, making a path wide enough to escape. 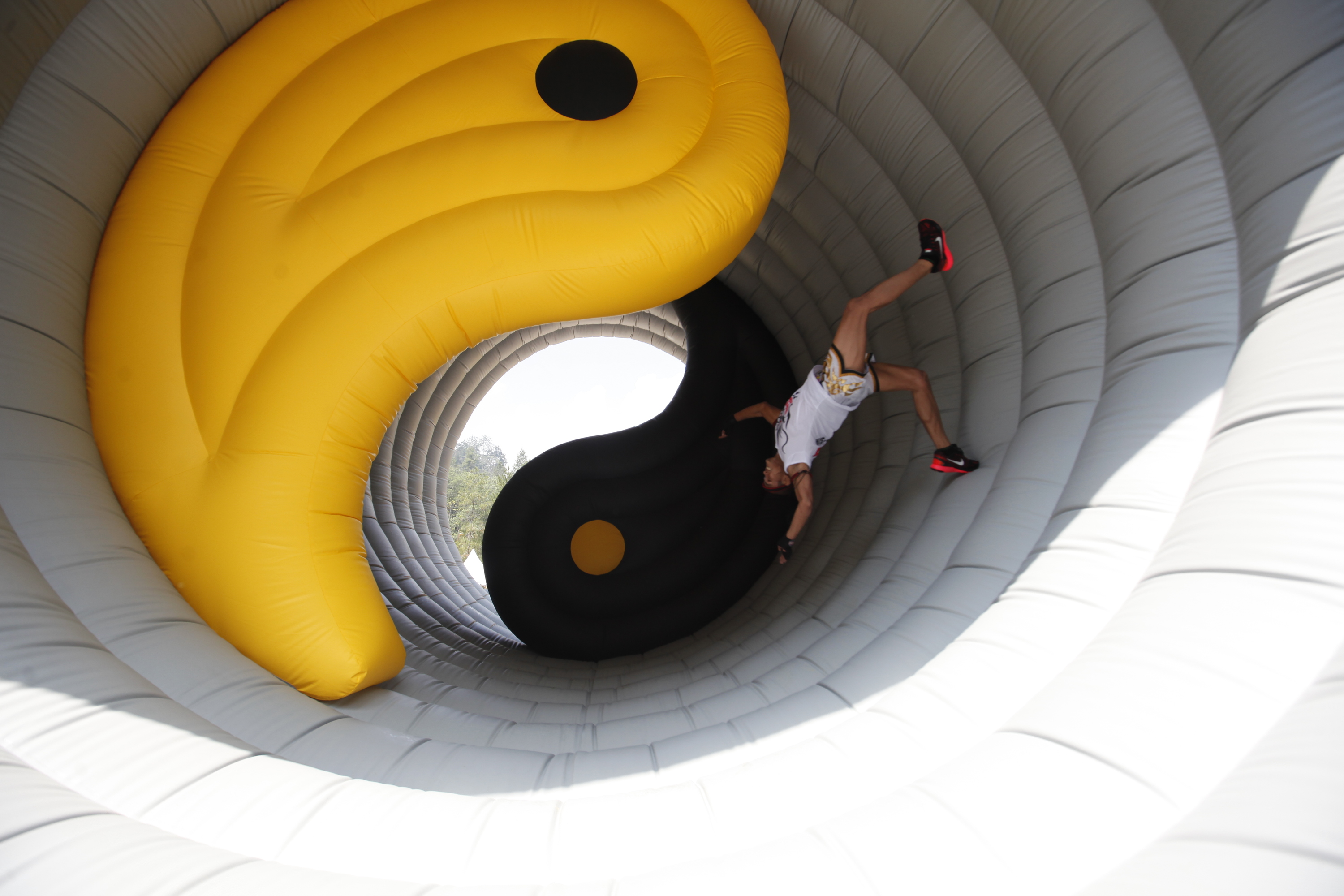 Yin Yang Gate
This spiral-shaped inflatable inspired by Bruce Lee and the non-classical martial arts form called Jeet Kune Do requires a good sense of balance, which also happens to be the underlying principle of yin and yang. Pay attention to your centre of gravity as you run up and down the sloping walls in a zigzag motion. 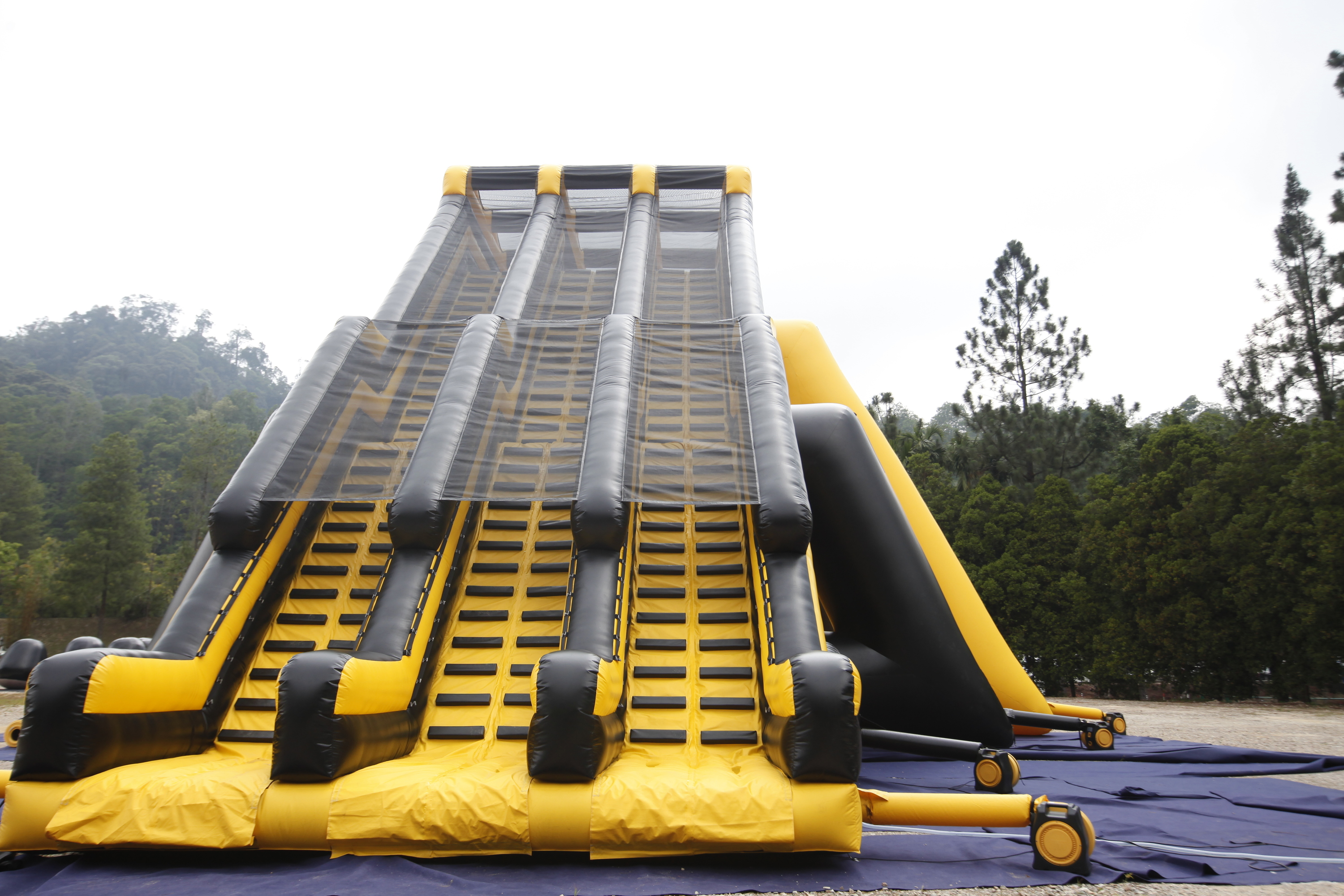 Big Boss
The cherry on top of the cake, the Big Boss is why you overcame those other obstacles in the first place. Ascend to the top of this behemoth and take a second to catch your breath before whooshing down the steep slide. This wet ride makes a huge splash when you reach the bottom! Here’s a tip: While the slide in the middle allows for more speed, the ones on the far right and left are bouncier and ends with you being airborne for a few seconds.

Note: Long-sleeved tops and bottoms are recommended to avoid friction burn on the inflatables.