Director U-Wei Haji Saari talks about his latest film, ‘Hanyut’, and the lost art of storytelling

‘I believe in creative infidelity,’ says U-Wei Haji Saari, who has always been fond of adaptations. The award-winning filmmaker transposes text to the big screen without losing thread of the action and heart, creating the cinematic equivalent of the novels he adapted from while paying tribute to their literary latticework. His films are purveyors of semi-neorealism, shedding light on strife in starkly human terms and the plight of the oppressed, ordinary people.

Book-to-film adaptations are as ambitious and brave as they are potentially disastrous. But U-Wei evokes the cadence of the source material and crystallises the plot with lush cinematography, like his version of William Faulkner’s ‘Barn Burning’, ‘Kaki Bakar’ (1995), which was screened at Cannes in the Un Certain Regard category. He reveals not only the vastness of the author’s imagination but also his own respect for culture, literature and the sympathetic depiction of the common man.

Alas, expectations can be managed, but not popularity. U-Wei’s previous films, ‘Kaki Bakar’ and ‘Jogho’ (a story of vengeance set in the bull-fighting Patani Malay community of Southern Thailand), failed to rake in ticket sales locally even though they wooed the foreign crowd. This made the production crew for ‘Hanyut’, the director’s latest, a little anxious – the film, pegged at a RM18 million budget, is only being played in Malaysia now after a three-year delay due to lack of promotional funding. The oversized budget has invited much furore, but U-Wei is ready to answer the sceptics: Can you put a price on creativity?

'It’s like pop culture – we go for the fast, easy and entertaining materials'

Your latest film is an adaptation of Joseph Conrad’s 1895 novel ‘Almayer’s Folly’, which depicts a poor businessman who dreams of finding a hidden goldmine. How does the term ‘hanyut’ come into play?
In adaptation, alteration is inevitable. Unlike translation, adaptation has more room for creative license. The script went through many drafts, but upon reaching my final shoot, I realised the word ‘hanyut’ wasn’t only a powerful word, but it also best captures the faiths of the characters in the script. That is signalled in the very first scene where Mem Puteh (Sofia Jane) jumps into the river to chase a boat. Hanyut is a situation where one isn’t in control, unlike drifting. Like the word ‘folly’, there’s no exact Malay word for it. Just like hanyut, there’s no exact English word to replace it. 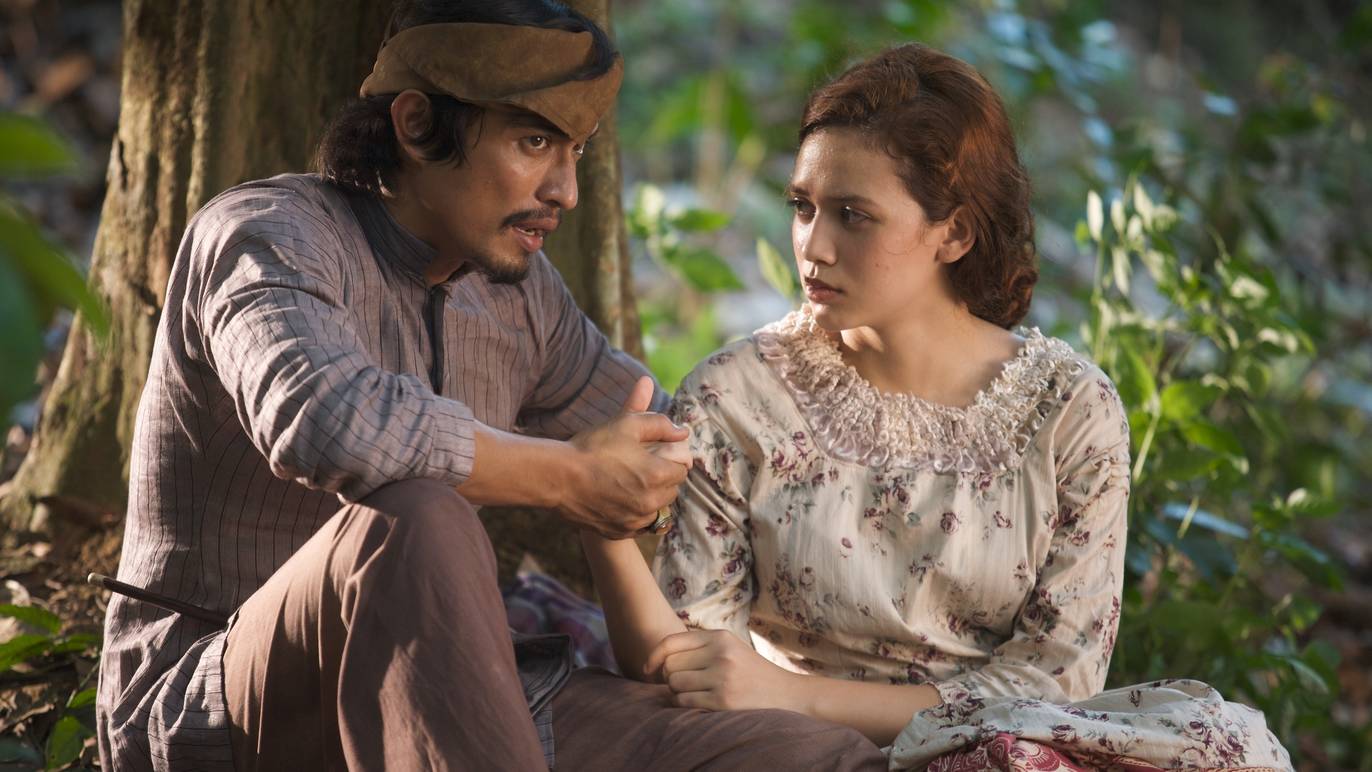 ‘Hanyut’ took ten years to be developed before going into production in 2010. It was shown around film festivals in Australia, Indonesia, Singapore, America and Russia. Why the delay in Malaysia?
The first draft of the script was done quite quickly once I started writing. Although it took some time to get to my final shooting script, the biggest hurdle was raising the money; not the writing. It took me many years – I was trying to raise an amount that’s unheard of to make films in Malaysia. Fortunately, I got a grant and was able to use that as seed money to raise the rest, which totalled up to RM18 million. But I couldn’t release the film because I ran out of money to promote the film, and promotion is very important when releasing a film. That’s the reason for the delay. But then again, any form of work demands its own time.

Conrad’s novel is based in the Bornean jungle but ‘Hanyut’ was shot in Pahang. How faithful is the film to the book?
The book was set around Tanjung Redeb in Kalimantan but 95 percent of the film was shot around Kuala Lipis, and the rest in Pekan. I changed the setting to Pahang because of economical and logistic problems. There are some changes in terms of content but I try to stay loyal to the intention of the book. 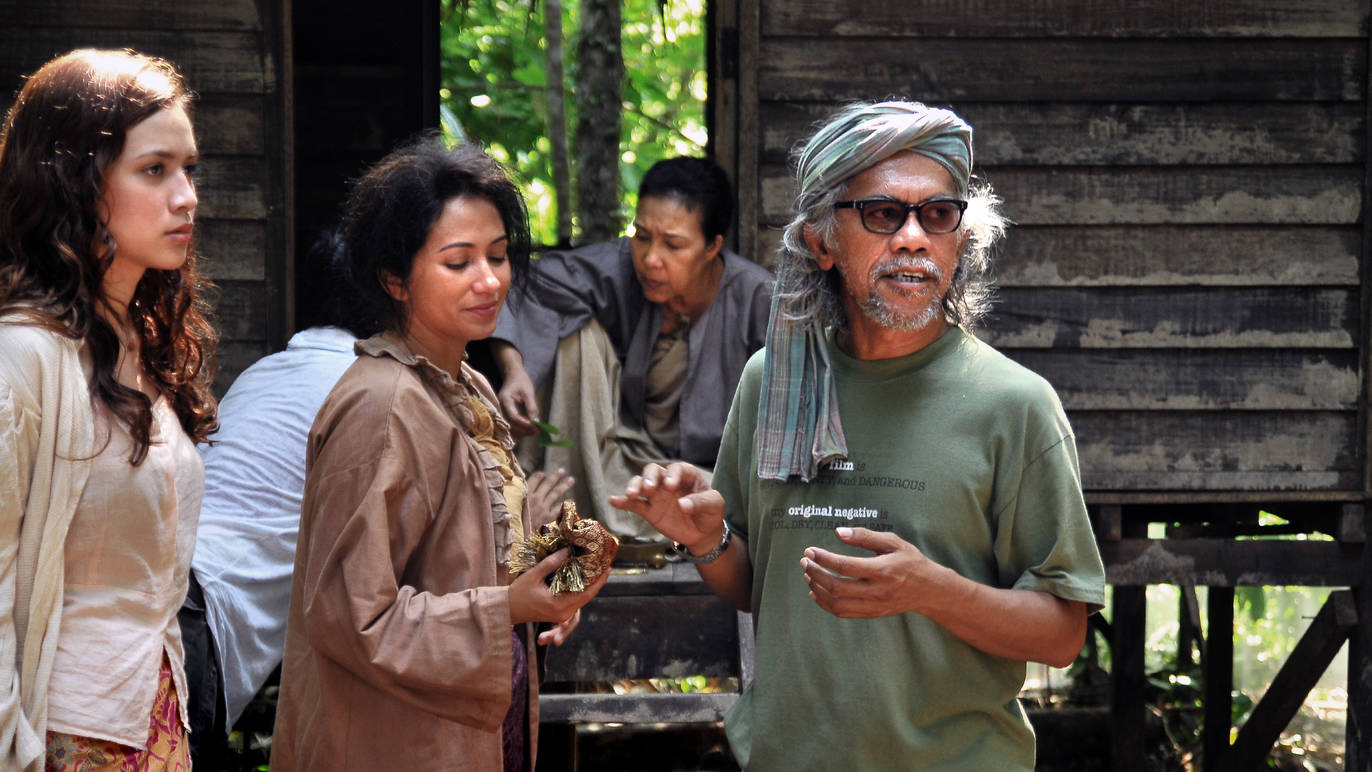 And the characters? Was it difficult looking for the right Kasper Almayer?
We had casting calls and my producer Julia Fraser promoted it virally [Ed: Julia also produced the critically-acclaimed ‘Osama’ by Siddiq Barmak]. Peter O’ Brien, who eventually plays Kasper Almayer, came in quite late to the project. He was introduced and brought in by Julia after the first actor dropped out because of family issues.

Nina (Diana Danielle), the daughter of Almayer, was sent off to an English school in Singapore in the film. She returns to her father damaged; she’s split between two cultures. It’s a familiar scenario with current Malaysians who’ve left the country, who can’t reconcile with their roots. We constantly wrestle with the frustratingly abstract concept of identity and place…
We’ve always had the tradition of going away from our place to seek something worthy. We call it ‘merantau’. We go to boarding school to seek education and knowledge; we move further for better jobs abroad. We are born to adapt… to be able to choose. We are used to being exposed to multi-cultural environments. Certain cultures will look more popular or attractive than others. It’ll only become a problem when one is being imposed on. 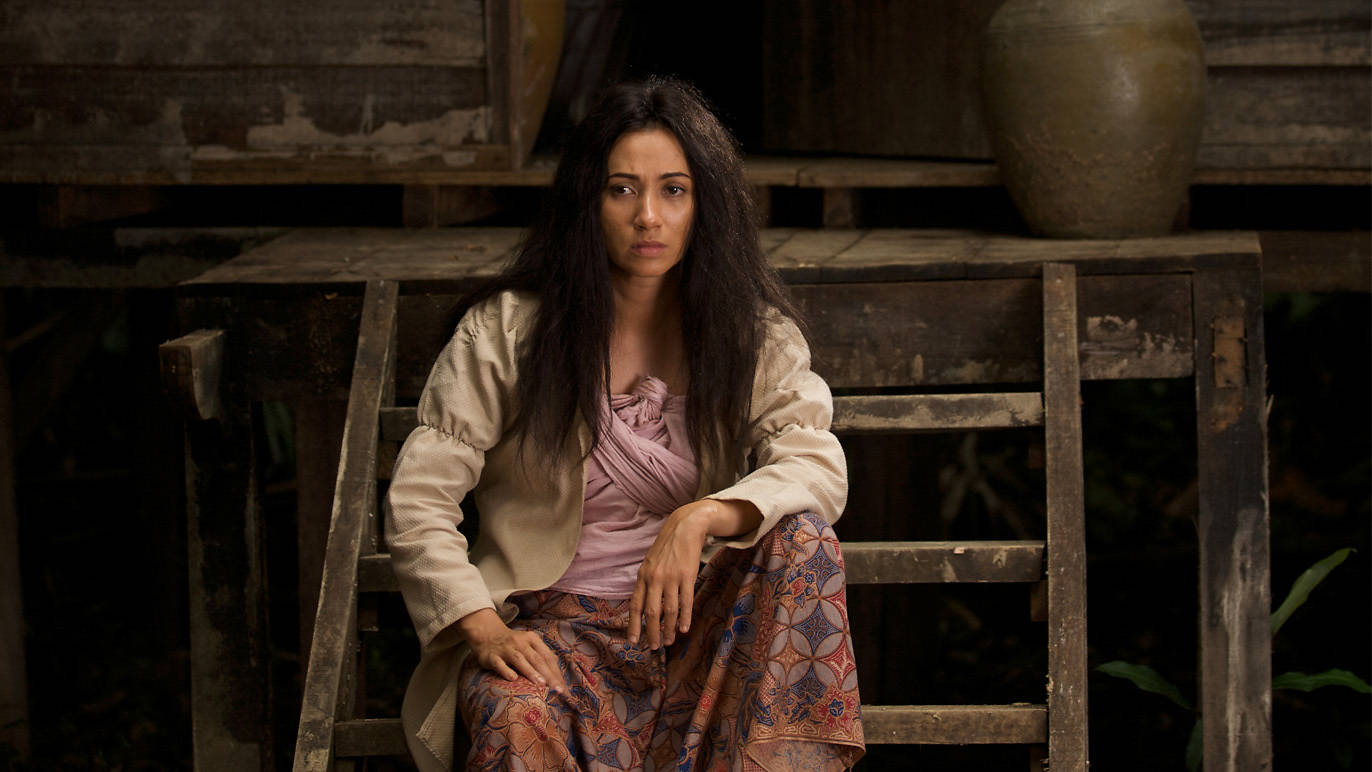 Stories are derived from how we make sense of our lives, which is to say that they’re everywhere. Are we not exploring our stories hard enough, which results in the usual hantu or romcom genre?
I think so. I think our filmmakers don’t read our own stories and books. And we’re losing our ways of reading and interest in our past writings as well as books. It’s like pop culture – we go for the fast, easy and entertaining materials. It’s nothing wrong, even with hantu films, but at least make it more convincing or gripping than what we’ve got now. After all, we grew up with local ghost stories, zombies and Dracula which, actually, originated from this side of the world.

You were born in Pahang, but your Indonesian parents are from the Minangkabau culture. That rich cultural background must have helped you as storyteller.
Yes, but that doesn’t mean that cultural traditions over here [Malaysia] is any less rich. Malaysia has a rich tradition of storytelling but many of us are not going back to it, to look at the tree in our own backyard. I remember having a keen interest in stories, as well as storytelling. Growing up listening to my mum read ‘Syair Siti Zubaidah Perang Cina’ was soothing. 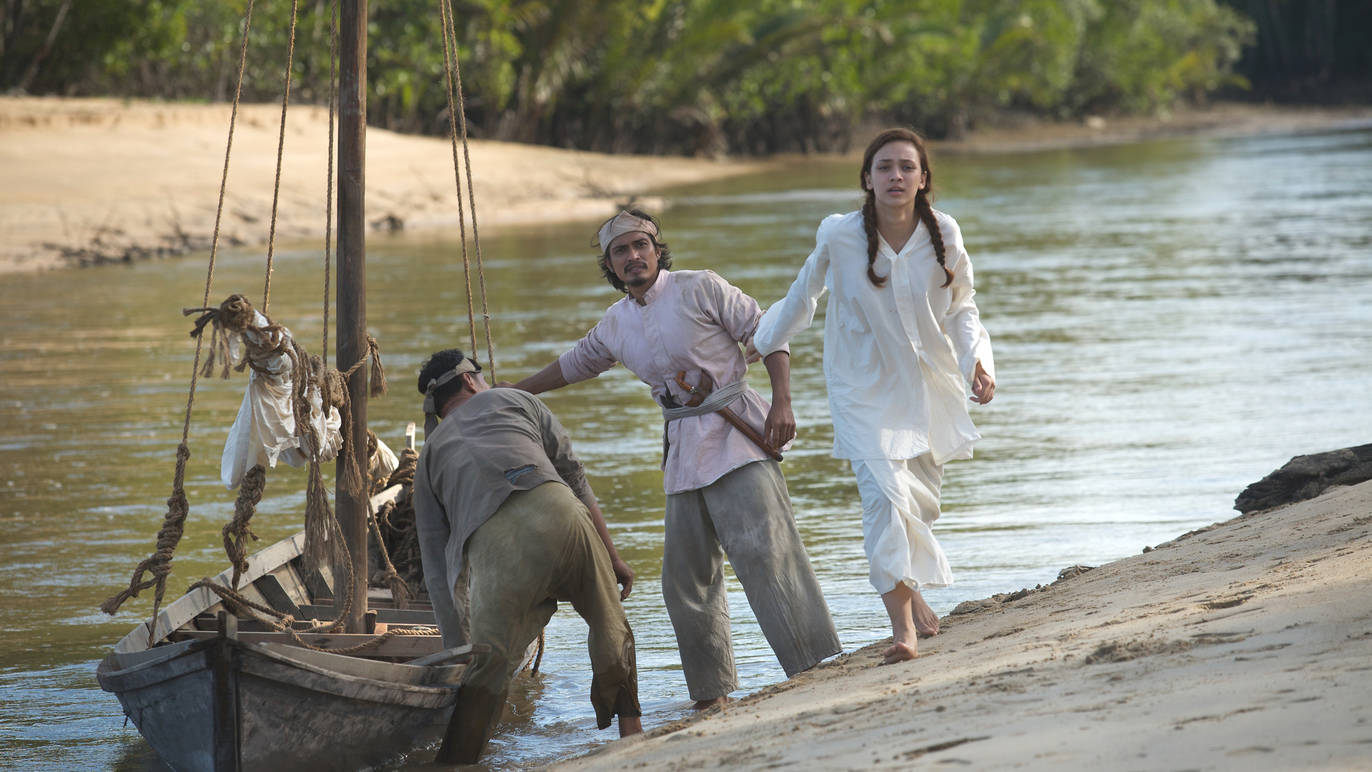 ‘Kaki Bakar’ won the Grand Prix for Best International Film Award at the Brussels Film Awards, but more Malaysians only came to know about the film after it won accolades. Do you think homegrown films have to prove themselves internationally to be recognised locally?
It seems that my previous films are known for the accolades abroad but I really didn’t make films with an intention to prove it on the international front, and then bring it back to screen locally. It’s a good exposure to be able to screen overseas – film festivals do give a platform for a film to be recognised. But our society is not a curious society. We are content with our comfort zones, with what we’re already accustomed to.

Twenty years ago, the Malaysian censorship board removed the word ‘jalang’ from your film title, which we know today as ‘Perempuan, Isteri dan…’. Has our film industry moved forward from that paranoia?
I hope so. It might be but, you know, I haven’t made films in a long while. Everybody has responsibilities in their work. I have mine, I stick to them, and do what I do best. 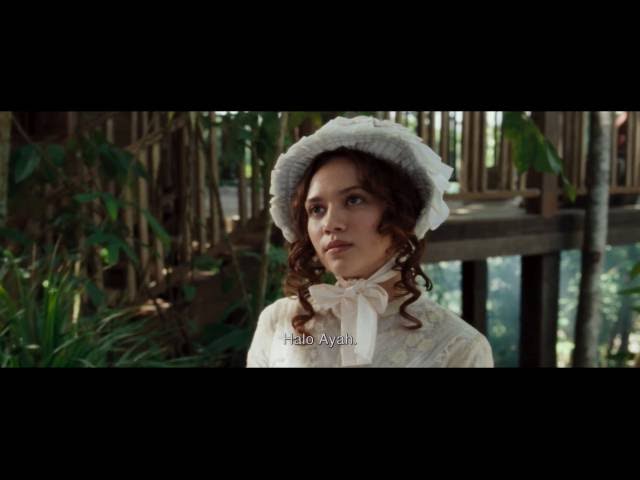