The four-piece math rock royalty discuss their debut album, the Japanese occupation and beyond

Wednesday 1 July 2015
FacebookTwitterPinterestEmailWhatsApp
Advertising
Dirgahayu is derived from former members of Akta Angkasa, Custom Daisy, Silent Scenery and Susur Masa – and in choosing the name ‘Dirgahayu’, it’s a bit of a statement in separating themselves from their former bands: ‘dirgahayu’ means ‘panjang usia’, or ‘long life’. Today, it’s typically only used in reference to royalty.

Perhaps this is a show of subtle subversion of the social system, perhaps not. On stage, they’re a formidable bunch: experimental, rhythmically complex and channeling a math rock musicianship of atypical time signatures, speeds and jarring, chaotic chords. Everything goes – but with purpose, and with a creative cohesiveness which comes through on ‘Commemorate!’, their debut album. Long live Dirgahayu, for here is a culturally-conscious, historically-informed band with more than just a musical message.

Do you think people focus too much on the fact that you’re an instrumental rock band?
Afifi Rahim ‘Instrumental’ is a very general term.
Zulhezan We play music without vocals, that’s about it.

Would you consider yourself a post-rock band?
AR, Seikan Sawaki & Wan Azry No.
Z No, with a capital ‘N’.

A lot of bands aren’t comfortable with the label ‘post-rock’, why is that? I mean, when I say post-rock, what comes to mind?
SS After-rock.
Z It’s a predictable, repetitive formula: you have a soft verse, then a harsh, heavy chorus. It’s tiring, it’s shit.

For some, there’s an itch to fill in the space left behind by the lack of lyrics – like an invented narrative, or a story. Do you do that when you write the songs too?
WA [pause] No, it’s all lines.
SS To be honest, we just write a bunch of riffs. It’s a lot of chaos, and it ends up more progressive than musical.

Has the idea of adding vocals ever been discussed?
SS The idea of changing genres has been discussed [band laughs]. I’m always complaining, ‘Why is this shit so difficult?’
Z Anyway, I don’t think we sempat also, to play and then sing on top of that. Our instruments speak for themselves.

Anyway, congratulations on your full-length debut, ‘Commemorate!’. Now, what are you commemorating?
WA Seikan [laughs].
AR The album release.
Z The band.
SS It’s an accomplishment for us. We hope people get inspired – and I think also, we’re inspired by Malaysian history.
Z Yes, from the Malaya times to pre-Malaya times; you can see it in our designs or in our song titles. There’s so much hidden in history.

What’s hidden in the album, then?
Z Ah, you’ll have to search for it.
SS You’ll have to use a magnifying glass.

Let’s talk about ‘Istinggar’. I looked up its meaning; it means: ‘senapang kuno, menjadikan meletup’. Would you say that’s a good description of the track – or even, by extension, your genre?
AR Both, I think. That track, for me, is the most difficult to play.
SS It’s quite relatable to the track; it’s punchy, mythical. 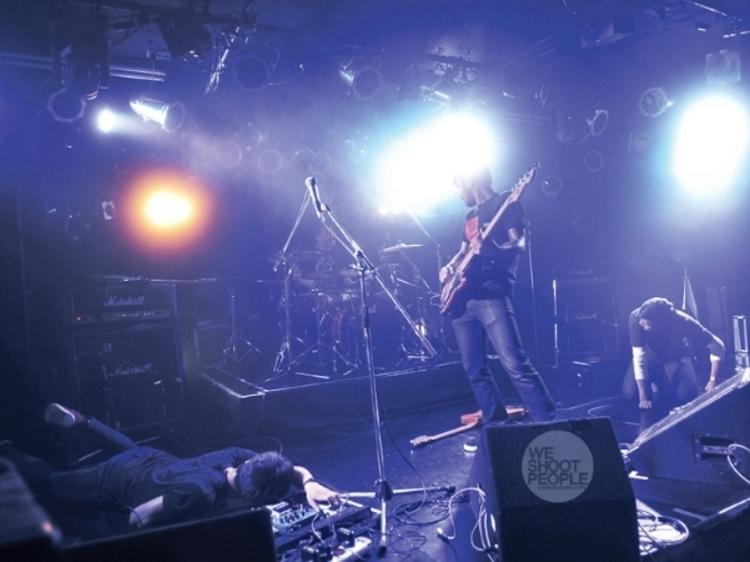 You say it’s difficult. Do you constantly try to challenge yourself musically?
AR, SS, WA & Z Yes, yes [in unison, repeatedly].
WA When it becomes too easy, tak syok.

Tell us about the themes in the new album.
SS The inside story is, before I joined, they had one single which is ‘Bahawasa-nya’. Other than that, they had a bunch of cool riffs that were wasted – if you had watched their shows before me, they’d play that one single, and then the other songs were just different parts: a ten-second riff and that’d be one song. This is the album that redefines Dirgahayu. We sat down, we jammed, we tried to turn all these riffs into one legit song.

The album opens with ‘Kyu / Ju Roku’, and we first hear a 25-second sample of a Japanese man.
SS It’s an announcer on a broadcast in Japan, a report of the Japanese army successfully invading Malaya. That was Day 1 in Kota Bahru.
WA The first time they entered Malaya was through Kota Bahru on December 8, 1942.
Z You know what ‘Kyu / Ju Roku’ means, right? It means 9/16 in Japanese. It’s also the time signature of the track.

What’s the relevance of opening your record with that?
Z Actually, 9/16, if you recall, is September 16. That’s Malaysia Day. You see, there’s a style, a running narrative there.

Did you open your sets with the broadcast as well on your recent Japan tour?
SS Yes. Some people came up to us and asked us: ‘Hey, why did you put that on?’ I think it’s important to not forget our history.

There’s a Japanese influence in your album, would you say that?
SS We didn’t set out to do something Japanese-influenced, exactly.
Z The Japanese influence isn’t musically – it’s not like, J-Rock. It’s the war, and its effects on Malaya, and subsequently Malaysia – how they controlled the country at the time, how they handled her. The reference is conceptual and historical as to how it shapes the album. Everything connects, and that’s why we named it ‘Commemorate!’ – like you asked, to commemorate what? It is subjective. It is important.

What or who are some of the band’s influences? I’ve noticed that Zul references Fugazi a lot in interviews, but what about the rest of you?
SS I love Toe – but I don’t want to play like Toe. I want to keep looking for the Seikan sound.
Z There’s a formula to American math rock, European, Japanese.
AR I don’t really listen to music, actually [band laughs]. I only like John Mayer.
SS Oh, yes, that’s why you can hear blues lines in some of our songs.
WA A lot of classic rock, like Pink Floyd, Led Zeppelin, Death From Above 1979. You see, there’s a musical mix of everything: Japanese-influenced drums, blues rock from Afifi, classic rock riffs, and Zul’s punk influences.

There’s an element of aggression in your music, but in that aggression there’s also an element of refinement. To put it in Malay terms, it’s the concept of halus. Do you find it cathartic?
Z At the end of the day, we’re just being ourselves. I put out 100 per cent – I want people to feel it. When the song is harsh, it’s harsh; you have to feel the harshness. It’s not theatrical.