Pitahati has a purpose, a perjuangan – they’re waging war against the state of music in Malaysia: it’s dormant, it’s dying, it’s already dead.

The question of whether ‘Selamat Datang Ke Panggung Suara’, the band’s sophomore and most recent release, is better than their previous releases is beside the point; it stands apart, on its own, even if early marketing efforts were accompanied by the tag ‘bunyi-bunyian dari filem “Terbaik Dari Langit”’.

‘Selamat Datang ke Panggung Suara’ jolts the Malaysian music legacy; it bottles the spirit of nusantara music – taking cues from dangdut, keronchong tunes and P Ramlee classics – but transposes it into a whole new, modern context. It’s kaleidoscopic, amalgamating elements of a range of sounds – from psychedelic blues to progressive rock – into a cohesive final statement on the band’s career thus far.

Today, Pitahati is at the frontline of the new Malay alternative scene: the experimental, nusantara psych-rockonauts reviving a revolution.

‘There was a time when we were all tuned in to the same sounds. In the ’70s it was Alleycats, in the ’80s it was Sudirman’

Is ‘Selamat Datang ke Panggung Suara’ your best album?
All: No, not yet.
Mohd Yasin: It’s the one with the best chemistry.
Awang Masrin: The five of us, when we make songs... Take Ilham – he’s got classical Malay lines, then we’ve got some modern, new wave synths, and Ezhar brings the old blues rock, and there’s me with the psych basslines. It’s all basic, really, but when you combine it, it’s like – it only looks easy, so we tried it with the first album. This time, when we tried it again, it worked better. It’s the chemistry.
Mohd Ilham: Also, it’s the one with the best process. It’s all from scratch, it’s all raw – we recorded on our own, we arranged on our own, it was just us and our engineer.

Why the title ‘Selamat Datang ke Panggung Suara’? It seems to me that the words set some sort of stage, a ‘welcome, leave your inhibitions behind’ of sorts.
MY: It’s an invitation – an invitation to listen inside our panggung suara, a theatre of sounds.

There’s the nusantara flavour to your music, and then there are the more contemporary psychedelic parts. Are they ever at conflict with each other?
MI: Kalau orang putih boleh kahwin dengan orang Melayu, musik pun boleh [laughs].

What does it mean to be a nusantara band?
MY: We want people to know the music is from Malaysia, or from nusantara. Macam kita lah.
AM: Nusantara is our culture. It comes natural to us –
MI: – and that’s important, that we don’t try too hard to be nusantara, that it’s natural. It’s us. It’s kita. Everyone loves keronchong. Everyone loves the old zapin. It’s music. It’s universal. 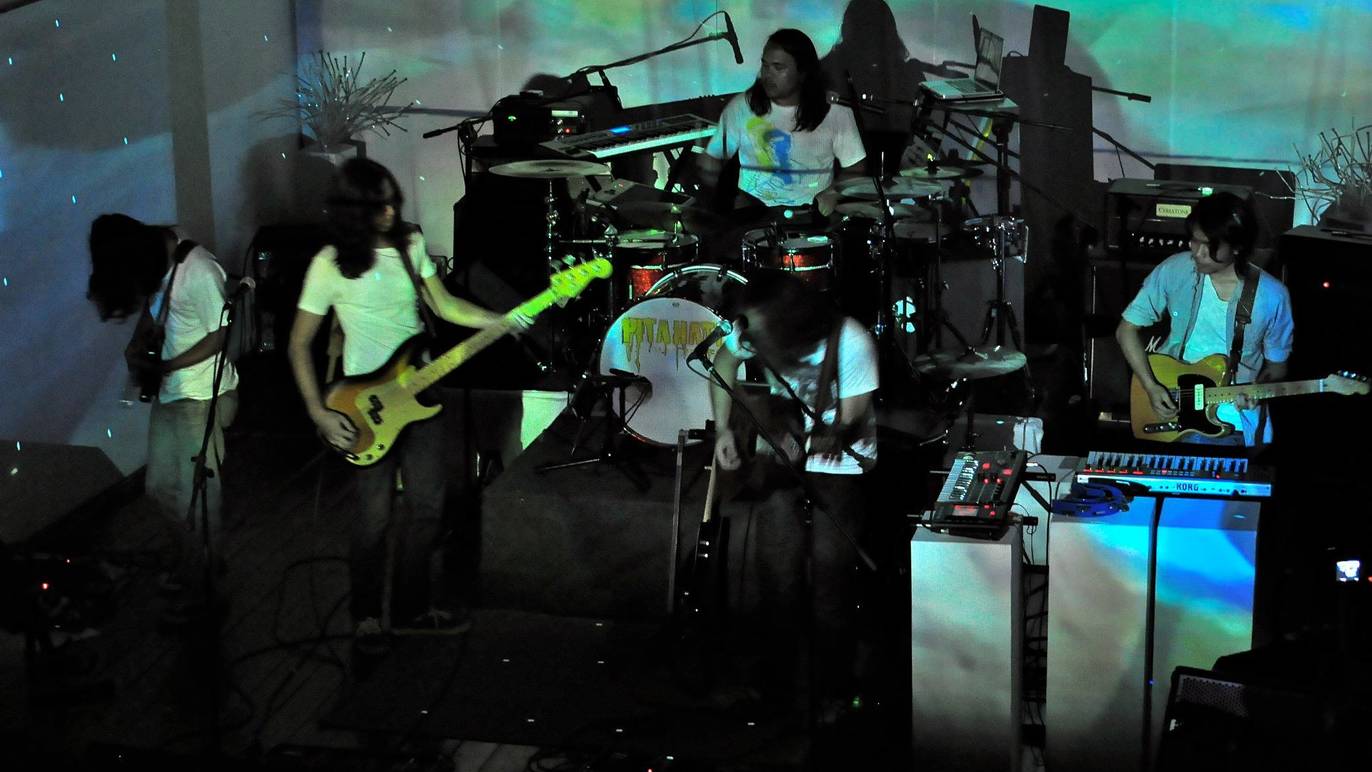 Many say you’re a literary, poetic band. How do these poets – like A Samad Said, Chairil Anwar, Pramoedya Ananta Toer, as cited on your site – influence what you do?
AM: You know, music is abstract. It’s an artwork. We express in bunyi, but the sound itself is already abstract. Then, the way we express words can’t be too simplistic. Poetry, too, is abstract. It can take many forms, there can be different interpretations.
MH: Maybe it’s just simple storytelling. We use beautiful language because we want people to think.
MI: ‘Saya suka awak’, ‘Saya sayang awak’; it’s different.
Ezhar Hamdan: Beyond the beauty of the language, the lyrics, more importantly is the message. Our songs aren’t love songs.
AM: It’s about people, our environments, life, society, anger. There’s frustration, it’s all a bit psychotic. You know, some people don’t like it, these sounds.
Mohd Hidayat: It’s unfamiliar to them.

Macam apa?
MI: It’s stagnant.
MH: It’s like we’re still stuck in the ’80s.
MI: Once upon a time, Malaysian music was diverse. It was ballads, it was pop yeh yeh, disco rock. There was a time when we were all tuned in to the same sounds. In the ’70s it was Alleycats, in the ’80s it was Sudirman. In the ’90s, the Malaysian music industry took a big step backwards because there was a split: there were bands that played English songs and those that played Malay songs. We stopped evolving, we stopped experimenting. Music Malaysia tidak semestinya music asli sahaja. It’s music that Malaysians are biasa with, familiar with; there are Chinese elements, Indian. It’s a part of our culture, memang dari dulu.
MH: The problem is, kita suka ikut trend. When that happens, what you put out isn’t art. It’s a product.

Finally, do you think people focus too much on the fact that three of the band’s members are sons of M Nasir?
MY: All right, thank you, goodbye [band laughs].

Watch the video for 'Kemudi'