Go to the content Go to the footer
Popular cities London New York Paris Chicago Los Angeles Lisbon Hong Kong Sydney Melbourne Porto Singapore Barcelona Madrid Montreal Boston Miami Browse all cities
Time Out Kuala Lumpur
My Account My Profile Sign out
My Account
Search
Worldwide Asia Southeast Asia Malaysia Kuala Lumpur Ten things you didn’t know about Kyoto Protocol
Advertising
1. ‘Catch These Men’ was recorded live
‘We found a producer that we loved working with – Faiz Fadzil [of The Wknd] – and he gave us a very interesting challenge: to do all the songs live. Everything, from the dynamics of how we speed up and how we slow down; it’s nothing that a computer or metronome can tell you how to do. Actually, “Dispensable” [lead single] was recorded live at an earlier, different session but with the same setup, same room, same everything – and we were like, “Whoa, actually, we kind of like how this sounds.” Even though there are flaws, it sounds way better than if we had done it in a studio – or at least to us it felt real, it felt raw. That’s what we thought the rest of the album would need.’

3. But in his opinion, ‘Forever’ is the best song he ever wrote
‘What was really important to me was to finish with “Forever” [album closer]. For me, that’s probably the best song I’ve ever written, in my opinion. I try to make songs as general as possible; I want people to be able to relate to our music in that way, to find a bit of themselves in the music. “Forever” was about my realising that my dad wasn’t going to live forever. It’s very personal; every day I look into the mirror and I’m starting to look like him.’

4. Meanwhile, opening track ‘Infernal’ is about the environment
‘“Infernal” was written before Kyoto Protocol, a long time ago, circa 2007 or 2008. It’s a song about the environment, and how it’s very convenient for everybody to come up with rules, saying things like “You should cut down on your emission” when they’ve had the past 200 years to industrialise and pollute the world. And they’re telling others that they’re not allowed the spoils of urbanisation, like they’re not allowed to contribute to some kind of pollution? It’s really just about all these finger-pointing and shit, which will probably end up with us blowing up the world.’

5. KL we love you
‘Everyone says there’s a thin line between love and hate. If you really didn’t like something, you wouldn’t give a shit. You wouldn’t even bother with it, but if somebody complains about something a lot, obviously they care about it. They just want it to change. That sums up what I feel about KL. We do have the good guys, so more power to them – but KL has become a place where the bad guy wins. Where people cut queues and nobody says anything, where people get away with corruption. It’s a sad thing to see. I think the most important elements in [‘KL I Love You’], apart from all the things we were pointing out that’s wrong with KL, are actually the last few lines of the song: it’s about taking back this town, this city.’

6. On the rebirth of rock’n’roll in KL
‘Rock’n’roll has always been alive, well and alive. In KL, you go to gigs and there are plenty of guys who are still trying to make that work. What it is, is that rock is evolving just as it always has – from the blues, to Elvis, to The Beatles. We feel, in some ways, that we’re part of that.’

7. On keeping day jobs and thoughts about committing to music full-time
‘The way we do it, the way we’ve been able to do what we do so far is because we have that option to say “no” to some stuff, to not be completely pressured by the commercial side of it. If there’s any commerciality at all in our music, it’s only because maybe I’m a commercial person. [Our jobs] keep us financially secure. I mean, it wouldn’t be impossible to do music full-time, but somehow this is the way I can do it. I’m not formally trained. I don’t have any other real, professional cash-cow generating avenues. There are all sorts of what-ifs, you know. It’s great that we love music, it’s great that we’ve been able to do what we can so far. Do we wish that we could do more? Definitely, but it would be at the risk of too much.’

9. ‘I don’t know man, the ability to make music can sometimes be a curse’
‘Because you feel like you have to fulfill your talent, or whatever it is that you feel you have. And if you don’t do it, you feel like you might regret it: “Oh, I didn’t try; what if I tried it and I became successful?” I think the purpose of life is to do whatever you can to be as close to your passion as possible. If that means having to work a 9-to-5 job so that you can continue making music, so be it.’ 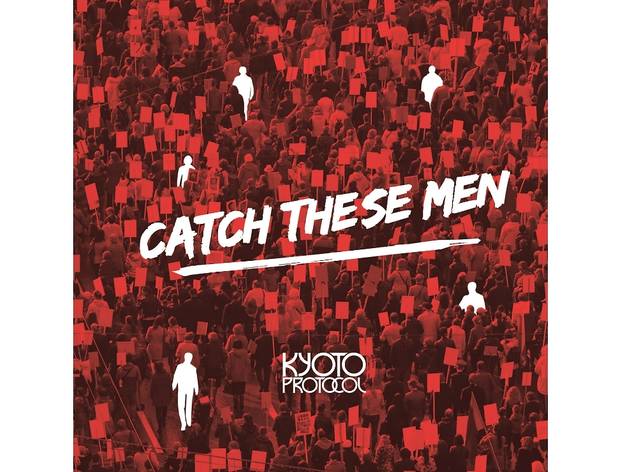 The record proves the band's inherent restlessness, men made of mania, menace and some melancholy, as though they’re yelling at the whole world at once.