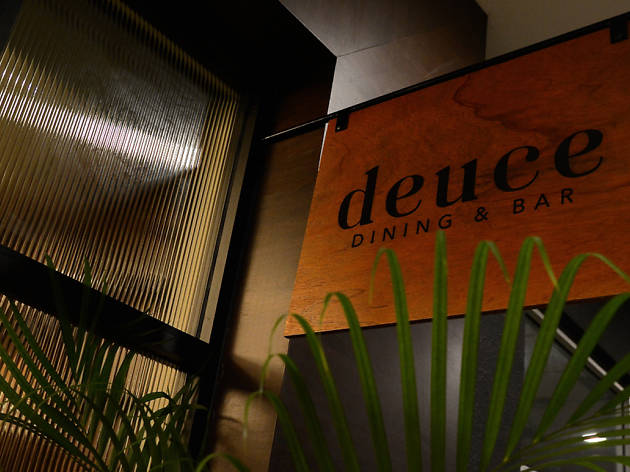 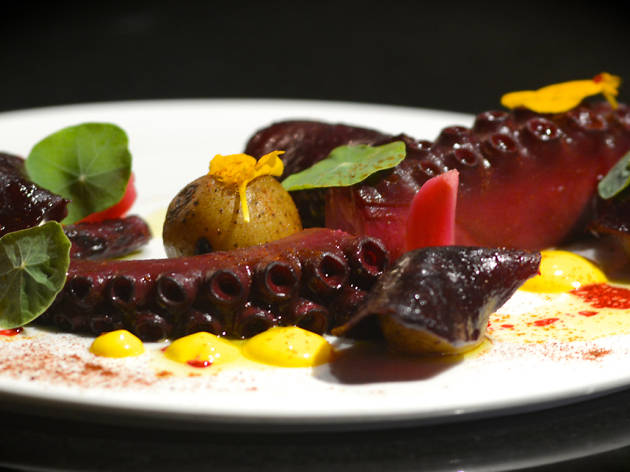 When Coquo – one of our Best New Openings in the Time Out KL Food & Drink Awards 2016 – closed in October with Chef Toni Valero moving to Singapore, it felt as if KL’s dining scene lost some semblance of vibrancy that was provided by the modern tapas restaurant. Sure, it could have continued with a different chef, but remaining business partner Tricia Kandiah decided quickly to start anew with Deuce, a modern European restaurant that opened a barely month after Coquo closed.

Deuce is equally defined by what it is and what it isn’t. What it is: a casual, pork-free European restaurant that keeps its prices affordable and accessible. This much is evident from its open-fronted façade, which is a complete turnaround from the previously closed-off and discreet Coquo. Under the guidance of Chef Hun Yan – who previously worked for five years under Chef Ryan Clift in Tippling Club, which ranked 27th on Asia’s 50 Best Restaurant 2017 list – almost the entire menu has been revamped into a one-page list of small and big plate dishes meant for sharing. The prices are surprisingly affordable; most items here go for under RM40, with the most expensive, a 200g rib-eye steak, at RM88.

But while Deuce tries hard to distance itself from its predecessor, much of the interior remains the same: the playful artwork still adorns the wall, and the main attraction is still the open kitchen where diners can watch chefs prepare their meals within touching distance. Also left behind are the Josper ovens and sous vide machines that Chef Hun uses to create dishes that maintain the refined level of execution that Coquo was known for.

One such dish that encapsulates Deuce’s menu is the pan-seared snapper that comes with zucchini fettuccine, bouillabaisse, shaved fennel and tobiko. This is a close interpretation of a popular dish served at Tippling Club, and we can see why it’s a hit – the velvety smooth and rich bouillabaisse complement the lightness of the fish, while the fennel and zucchini provide a fresh contrast of crunch and spicy complexity. It wouldn’t look out of place in a fine dining restaurant, and yet here it is at just RM35.

Another dish that deserves praise is the grilled octopus (RM58), one of the few dishes that survived the transition from Coquo due to popular demand. Cooked using the Josper oven, the meaty Spanish octopus is plated with a colourful array of pickled beetroot, confit potato and saffron aioli that works together in a well-balanced dish of texture and flavour.

Deuce isn’t shy from a bit of theatre either: the cauliflower soup (RM18), for instance, is poured out in front of guests over a structure of crispy cauliflower and grated manchego cheese, which melts into the soup to provide a deeper flavour as you drink it. Then there’s the Avocado (RM18), a creation mimicking kuih seri muka that’s made from a creamy blend of avocado, pandan and coconut layered over glutinous rice, and placed inside an emptied-out avocado shell.

While there’s still work to be done before it establishes its own identity and place among KL’s diners, Deuce has gotten off to a good start since it opened. From what we’ve seen so far, there’s definitely something here worth exploring – we only hope that it sticks around long enough to realise its full potential.