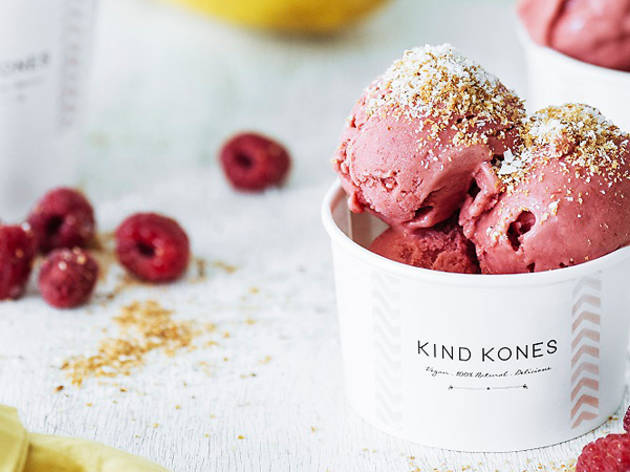 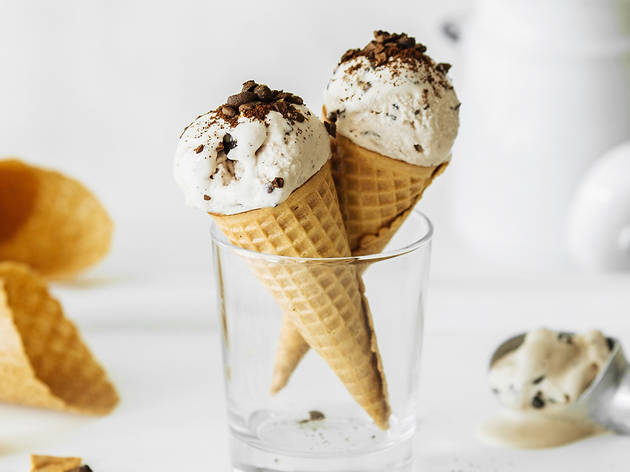 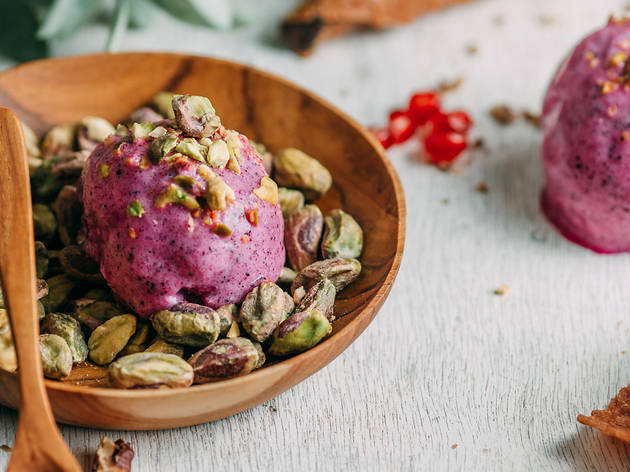 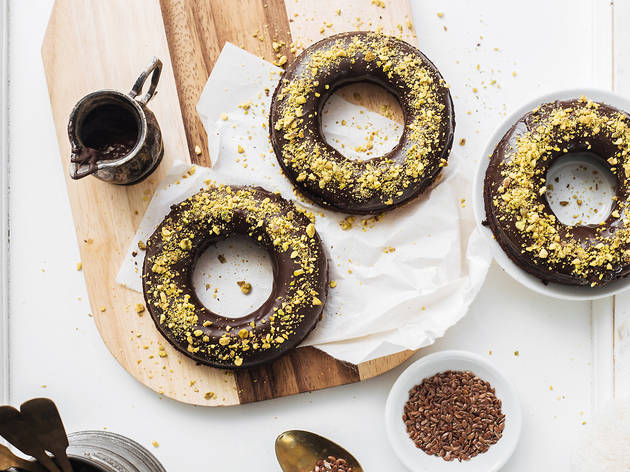 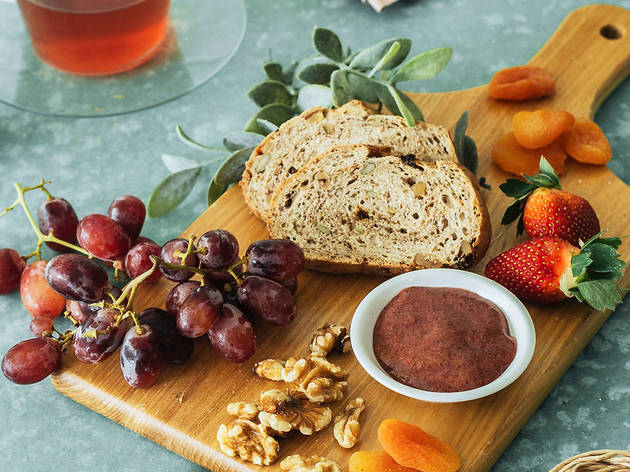 As befitting a kiosk that proclaims to be Malaysia's first vegan ice cream bar, Kind Kones certainly feels and looks the part. The calm 12-seater dessert bar located on the basement floor of 1 Mont Kiara has a clean, almost stark-white look that invites curious passers-by to wander in and ask the obvious question: ‘Can vegan ice cream really taste good?’

Well, the short answer is yes, it can. But not in the same way that dairy ice cream tastes. To make vegan ice cream, Kind Kones creator and owner Serina S Bajaj needed to replace the dairy base with almond, cashew or coconut milk. This resulted in an ice cream that’s lighter and more delicate than dairy ice cream, with a curious (but pleasing) aftertaste depending on the base ingredient. Its dark chocolate ice cream, for example, has a lingering coconut flavour, while the cashew milk flavour carries through in the jackfruit ice cream. Aside from being vegan, the ice cream is made without refined cane sugar or corn syrup (it uses coconut sugar, maple syrup or agave instead), artificial preservatives, stabilisers, emulsifiers, colouring or other synthetic additives. This means that the shelf life of the ice cream is only three to four days, but on the other hand, there’s also way less guilt and calorie-counting when you’re going through a pint of it.

Kind Kones has been in the works for over four months before its August launch, during which Serina developed over 20 flavours that include familiar favourites like dark chocolate, mint chocolate chunk and cinnamon toast, as well as localised flavours like black sesame, jackfruit and durian. At any one time, there are 12 flavours on display, with two or three changing on a daily basis. Given their use of expensive ingredients, the RM9.90 single scoop and RM17.50 double scoop may look to be on the pricey side, but we think it’s definitely worth a few tries. The ice cream can be served in a cup, in a flourless gluten-free cone (RM3.90) or a wholemeal vegan cone (RM1.90).

Aside from ice cream, Kind Kones also stocks a selection of raw cakes (the cake isn’t baked and uses raw ingredients) alongside vegan, gluten-free and dairy-free desserts. This includes gluten-free banana and walnut bread (RM7.90), raw orange chocolate cake (RM13.90), chocolate hazelnut balls (RM6), raw dragonfruit and chia ‘cheesecake’ made from cashews (RM14.90), and more. Eating these desserts won’t help you lose weight, but it can offer some guilt-free comfort when you need it most.