Who they are
Anaabu, at its heart and soul, is designer and founder Ana Abu, a young up-and-comer of Cambodian and Kelantanese heritage who left a job in engineering to pursue fashion full-time. In its infancy, Anaabu sold vintage wears, which Ana scavenged from bundle and thrift stores.

Think of Anaabu as a collective, rather than a brand that’s the brainchild of one designer’s singular vision. Ana together with her husband and partner, Shah Azman, are quick to point out that their label is a labour of teamwork, evident in the liberal use of the pronoun ‘we’. Earlier this year, they hired another designer and a production manager. All in all, the business is quite a democracy. 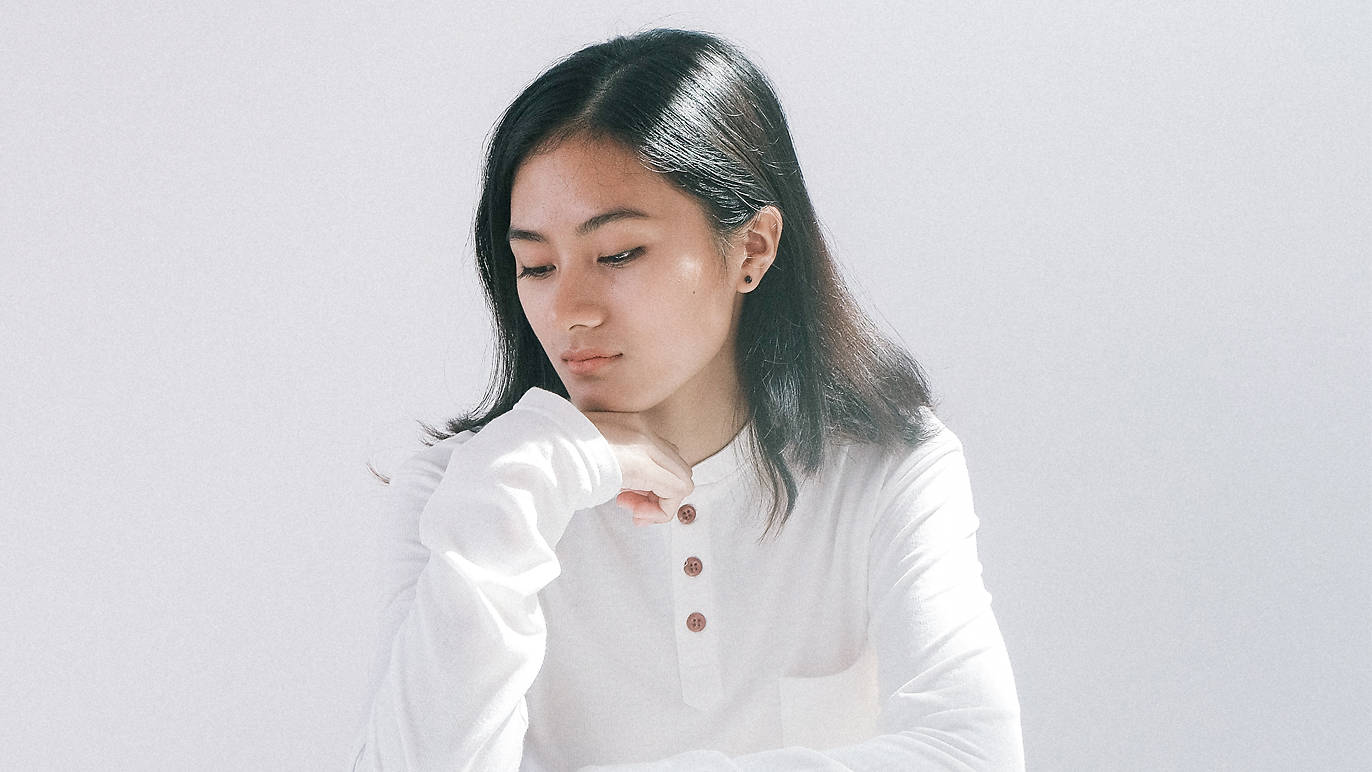 About the line
Today, it’s one of a handful of contemporary, ready-to-wear local labels on the rise; incidentally, the label makes gender-neutral garments. The idea of gender is outdated, perhaps. Hence, Anaabu’s debut unisex collection, ‘Him & Her’, designed by Ana and Aimi Ismail and channeling the spirit of Comme des Garçons in the ’80s or early-’90s Calvin Klein. The title is telling; it features mens- and womenswear designs, and suggests not simply the ease of mixing and matching the pieces, but also mixing and matching your outfi ts with your male and female friends and loved ones.

It was, and still is, a wildly successful coherent collection. Created with mostly pure cotton, each and every piece is simple, subtle, but outspoken. Most importantly, they’re comfortable and wearable. Ana and her team work around wardrobe basics, but elevate them to give them an elegantly executed makeover; think immaculate tailoring, proportion plays and oversized silhouettes (‘to cover the curves,’ says Ana).

The central concept appears to be down-to-earth dressing – key pieces include modest and minimal kurtas, parkas and tapered pants in hues of grey, tan and white. 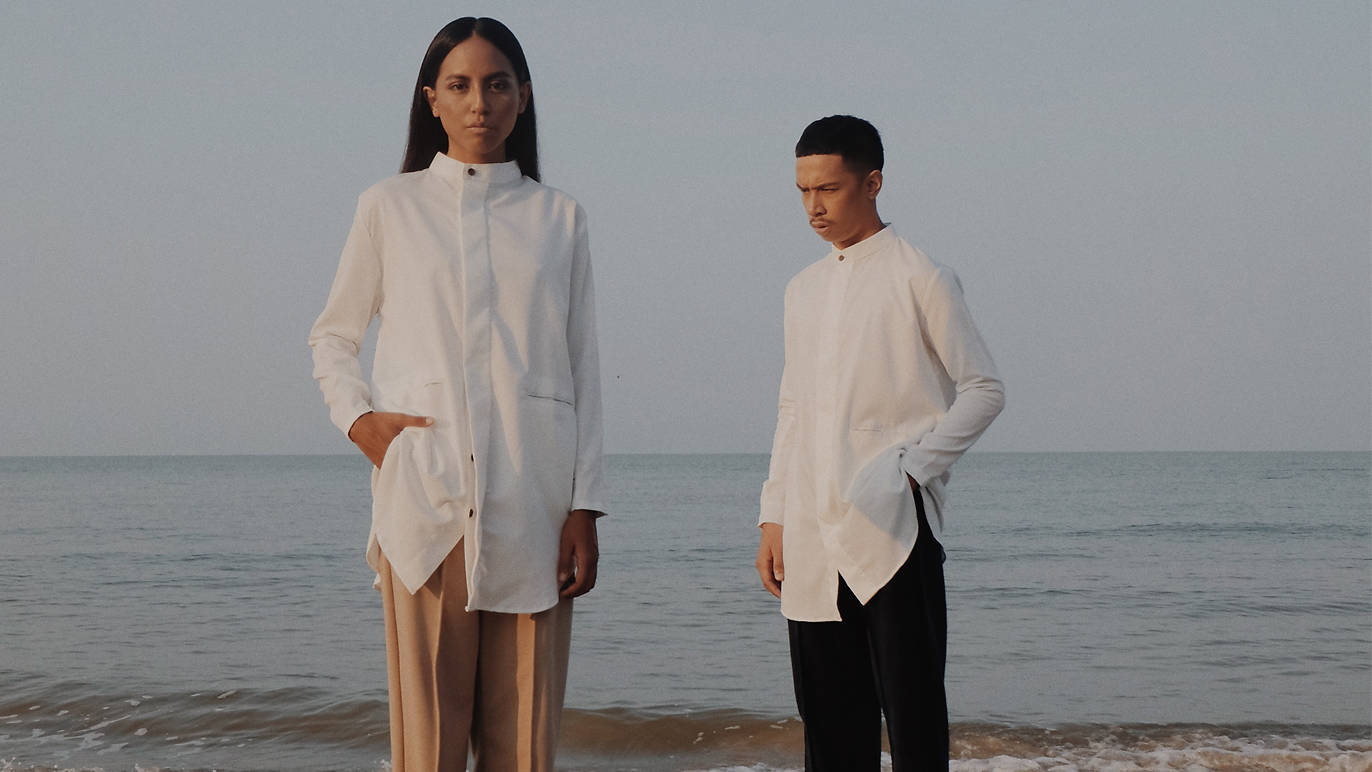 ‘It’s always the case that when we say the word “unisex”, people think of T-shirts. What we want to do is to create more silhouettes that both genders can wear, instead of just T-shirts, sweatshirts and jumpers,’ says Ana.

‘It’s more about the cut and the fabric. We use comfortable materials – like cotton and linen – so it doesn’t look too edgy, or too trendy and too over-the-top,’ she says.

Shah adds: ‘We want to make very normal clothes. We want to be as normal as we can, because it’s okay to be normal, it’s okay not to try too hard.’ 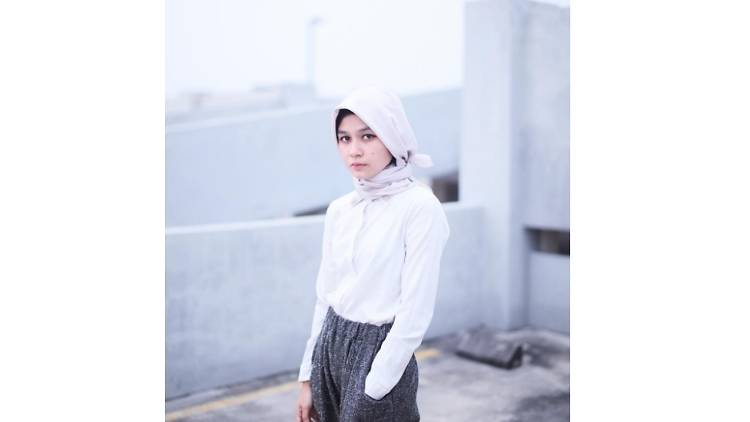 Instead of searching for ways to stand out, Anaabu embraces our sameness and similarities. It’s modern minimal – in cuts and construction, not in concept – with a non-ironic normcore twist, in which basics and plain clothing become centerpieces of your style and with it, your lifestyle.

Anaabu’s latest line, ‘The Pocket Issue’, developed and designed for Glam magazine’s Glam Fashion Future, was an experimental collection that emphasised ‘pocket adjustments and placements’ on clothing pieces, a critique of sorts on the pocket being a form of fashion.

Where to find it
Buy Anaabu at anaabu.co. The showroom is located at 42 Jalan Terasek, Bangsar (Tuesday-Sunday, 11am-7pm). Visits are by appointment only.